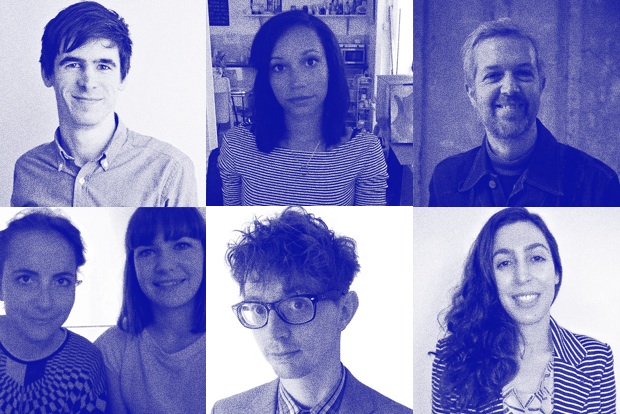 If you could time-travel back to your graduation, what piece of career advice would you give your younger self?

Take responsibility for getting your ideas seen. I was guilty of being nervous going into studios, worried about interrupting busy designers to show them my ideas. I'd scribble away in my sketchbook or make nice little stacks of ideas, but the problem is that a sketchbook spends most of its life closed and in passing you only see one idea on a stack of a million. It took me a fair few placements to realise I needed to get my ideas on the wall. An idea on a wall can be seen, it can be supported, it can be improved and it can impress. It may just land you a job. But if you don't take responsibility to get your ideas seen, they're simply a waste of paper and your talent.

I would tell myself to not run before I could walk and to take a well-earned break. When I graduated I felt like I had to seize the moment and throw myself head first into illustration and design. I felt that if I took time out, the initial graduate buzz would fade and I would be forgotten about. I now know that’s definitely not true. I really wish I had taken a moment to reflect on my time at university and think about the skills I had acquired, what projects had been successful and most importantly what I had enjoyed the most. If I had done this I may have taken a different path and would have definitely moved in a more informed direction.

I wish I'd had more faith in my ability to discover my own personal career path by myself. I spent a long time asking others for advice and then following it: in hindsight I would have been a lot better off spending most of that time experimenting, learning from my failures and developing my creative instincts. Often, the advice given by so-called experts (such as myself) to graduates is basically an attempt to time-travel back to their own youth and correct the specific mistakes that they themselves made. Everybody's path is different and if all you're doing is replicating someone else's life, no matter how much you admire them, you will never find anything new. Don't take advice – take a chance.

We would like to share some advice we've taken by to heart since the start of our studio, something we were told back in 2009. We attended a two-week summer school in Italy where we were immersed in graphic design. It turned out to be quite important for us. We talked to Armand Mevis  from Mevis & van Deursen about starting our own studio and he told us to take every assignment seriously and make the very best possible out of it, even if the client was “the baker around the corner”. And after that, to never give up. We're still happily following this advice.

1. Start now.
2. You can't stay here and you can't go home.
3. Touch your heroes.
4. Make things you don't know how to make, break things you don't know how to break.
5. Ruts will cave in and crush you if you let them.
6. Sit up straight.
7. Laugh at your accountant's jokes.
8. Be interested, be interesting.
9. What you are doing is not what you will do, and that's just fine.
10. Stop making sense.

If I had the opportunity to go back and suggest anything to my newly graduated self, it would be to learn about contracts, invoices, pricing, representation and all other aspects of the ‘creative business’ as quickly as possible. I would also say, “Go with your gut” – making decisions on intuition will serve you well. Faking it (until you make it) lasts a lot longer then you expect, and that is alright. Lastly, I would advise that it is not the end of the world to not get what you want. Sometimes (as the Stones said), it is much more important to get what you need.