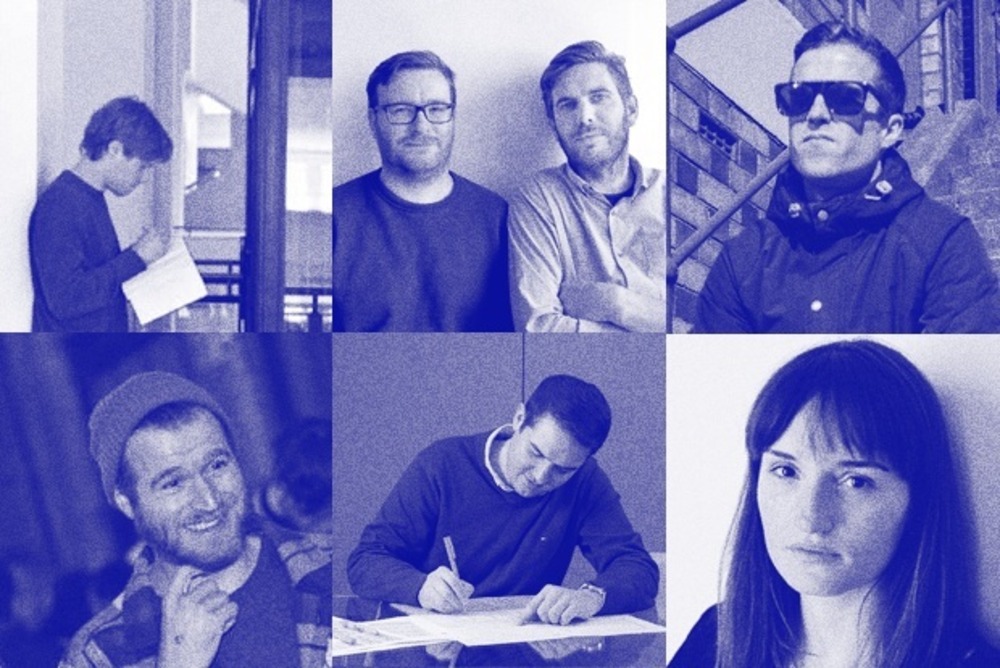 It has to be the risograph zine Fly On The Ball from the Illustrated Game team. Written by Dr Johnny Drain and illustrated by Alice Devine, Fly On The Ball is a collection of very funny poems and short stories featuring participating nations at the World Cup. The line-drawn illustrations are spot on and accompanied by hilariously tongue-in-cheek writing. My favourite poem speculates about the goings-on at the Brazil team’s hotel on the night before their opening game…

“There down below on the full-moonlit grass, A sight that had Silva completely aghast. Neymar and Oscar had snuck from their dorm, And were playing keepy-uppies on the freshly-mown lawn.”

We’ve picked out the England portraits by Steve Welsh. BBC Sport commissioned the portraits to be used in their coverage of England games. They feature twenty-four portraits of the full squad, plus manager Roy Hodgson. All the portraits were signed by the England players and Roy. We like the fact that the work was produced to be used for the BBC promos, but it has been given an extended life by being exhibited at display and the National Football Museum in Manchester. We feel the illustrations are a refreshing change from the contrived and stereotypical visual language of football. Steve’s designs are a breath of fresh air, and it is good to see the BBC using them for a mainstream audience.

I’ve been pretty impressed by some of the creative coming out around the World Cup this year. We’ve been busy putting our own offering together (itskickingoff.com) but one piece of work that really stood out was a collaboration between StudioDBD and Barcelona-based design studio Hey. TwentyTwentyTwo (a gallery and bar) in Manchester commissioned the pair to create a limited-edition book for the World Cup. I’m a big fan of Hey’s illustration work and the book, titled Gol!, is packed full of wonderful character illustrations of the individual players from all thirty-two teams involved. It’s also really well designed and presents the information in a clear and accessible format.

I love the look of whats happening with the Soho Warriors FC show at Kemistry Gallery, in London. Those boys (Matt and Chris Dent) are always producing interesting and high quality stuff and surround themselves with like-minded creatives. I’m sure the show will be top notch and I can’t wait to see who they call up. This year’s Nike ad is also pretty jolly. I’m always a sucker for those high budget ones, like 2010’s Write The Future (big bearded Rooney) or the Brazil team in the airport classic. You can’t beat them.

I think the Brazil Fourteen wall chart and website by Karoshi is the most beautiful and useful way to follow the World Cup. You can also buy a silk screen poster and it doesn't seem like a football print so you can hang it in your studio all year.

My favourite piece of World Cup creative is a self-initiated project we produced here at Uniform, which I am immensely proud of. We are football fanatics and relished the chance to celebrate the World Cup as an agency. We didn't want to produce the typical wall planner or infographic based poster, so we set about coming up with our own unique take on the World Cup. We invited creatives from each of the thirty-two competing countries to battle it out, displaying their skill, pace and creative genius for 32|64|90. It’s an online showcase of creative reactions to each game, side-by-side capturing the clash of cultures, the style, flair and emotion of each match. The prints will be collated after the cup and presented in a book which we will sell to raise money for charity.