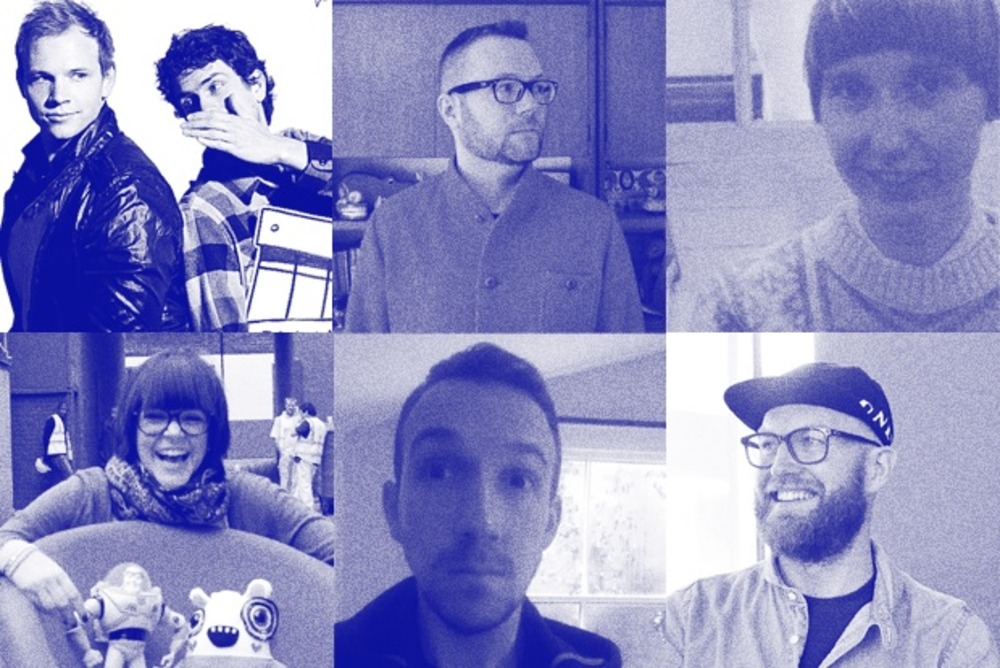 Which design studio, creative practice or artist would you like to see make a Christmas advert for a big retailer and why?

We would love to see Pez create something for the holidays. There are so many literally ‘little things’ that surround christmas – toys, cookies, snowflakes, etc – it’d be awesome to see him bring them to life in a big way. We'll never forget when he used tree ornaments in place of explosions in his short KABOOM.

Personally, I can't stand the overtly cynical sentimentality of most christmas campaigns these days so my first christmas wish would be for Shy the Sun do a christmas ad for anyone really, but preferable a toy retailer. Their over the top, fantastical style could really bring back the magic and excitement of christmas as a kid, and would be a far more magical take on capturing the wonder of christmas through the eyes of a child than a creepy stuffed Penguin that just wants to fuck. For that very same reason, my second christmas wish is to see Modern Toss do next years John Lewis campaign.

Despite being a lover of Christmas, I get disturbed by the aggressive expectations and frenzy of the season, which seems to increase year on year. It creates a sense of desperation and panic amongst us all! I'd like to get a slight respite from the maniacal cheer with an advertisement by Swedish director Roy Andersson. Darkly comic and deadpan (and always impeccably filmed), Andersson's work shows everyday situations with all flaws and inadequacies preserved.  There will often be a moment of intense destruction too – smashed dinner services, exploding cars... It would provide a useful message for us to remember: we're only human, Christmas will be as underwhelming as last year, and we always make mistakes.

I would love to see Jonathan Glazer do a take on the John Lewis ad. We get it, it’s Christmas, spending quality time with the family and reflecting. The ads definitely tug on our heart strings but it would be great to get some truth out there. Jonathan Glazer would make the ugly truths of Christmas seem beautiful, creating poignant awkward moments that happen everywhere for everyone to see. He manages to bring brutal honesty to his story telling that would definitely get people talking. John Lewis can’t keep regurgitating cute. Every year they are having to up the anti – why not just take the plunge and go dark and gritty?

Ever since seeing the Snowman as a child I generally associate David Bowie with Christmas. Team that with Labyrinth and I get this image of David Bowie dressed as his 'Jareth' character elbow deep in a turkey. That nightmarish vision toned down slightly, maybe replaced with a more present day 'normal' Bowie, could actually be a rather nice thing to see. The chap is rather well humoured and I can imagine quite a deadpan short with him preparing sprouts whilst Iman puts the finishing touches to their Christmas tree. He could, of course, be self-referential as ever and be humming along to his duet with Bing Crosby on the radio. In an era when we mostly see far more of any celebrity than we would ever actually need or want to, an advert with such a persona as Bowie – one of our last genuine 'stars' – would be fucking great.

I’d love to see a festive dog-fight between the minds of Daniels and Becky&Joe, battling it out with their own irregular interpretations of Christmas sentimentality. Interesting Ball by Daniels, and Becky&Joe’s Don’t Hug Me I’m Scared series are in a league of their own when it comes to emotive weirdness. We’d probably be more likely to witness a cute old Granny shed her skin than shed a tear.