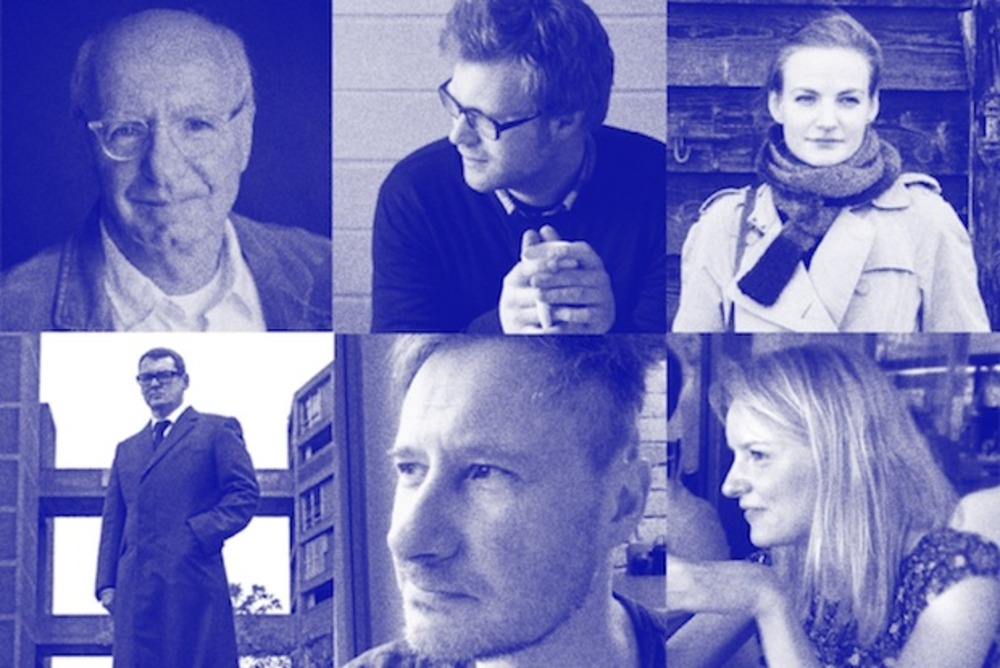 Who gave you your lucky break?

In 1963, I was working as a general dogsbody in a little commercial art studio on Ludgate Circus. One day I wandered down Farringdon Road and discovered an artists’ agent called Bryan Colmer Ltd. They had some fantastic illustrations in their window. I went in out of curiosity and spoke to a tall, pin striped-suited, extremely posh individual called Virgil Pomfret. He asked me what I did and I told him I was unhappy in my job and spent my evenings redesigning book covers based on bad ones that I’d seen in bookshops. This intrigued him and he asked me to bring them in. I did and he offered me a job on the spot as their in-house designer. That was to be a major turning point for me, and the start of a wonderful life in design.

Looking back, there hasn't really been a specific project or person that gave me total boost and projected me into the upper stratosphere. It's been an organic growth. But over the years there have been some small victories that have shaped me. Whenever I am able to put new work and experiments into actual projects, that makes a difference to me. Not to circlejerk too much, but I think the Grafik profile in 2005 with my old studio Grandpeople has to be up there. That gave us confidence, and made me feel like I was a part of the international design community.

While I was working on the video for Imogen Heap’s Neglected Space, I received an email from Somerset House saying I'd been shortlisted to be one of its 'Selects' in the next Pick Me Up exhibition in 2012. It really made me kick it up a gear. I'd never made prints to sell professionally so I'd never had to think about all the technicalities, the framing, and ordering postal tubes. I had to put myself on a crash course – I still use all the same companies now. One of my prints, The Bear, was much larger than most of the other work people were exhibiting, so we were worried it wouldn't sell. However, the limited-edition run of five sold out at the private view, so I had to make a new larger print with different coloured eyes, which also sold out. The experience gave me the confidence to be brave when exhibiting. I have shown work at Pick Me Up now for three years in a row and this year I held my first drawing workshop. I still get emails from people saying they saw my work there and wondered if I have any prints left. I certainly received some of my biggest commissions off the back of showing there in 2012. It also kick-started my mailing list. For an illustrator, it's great to have something to work towards like that each year.

I completed my graphic design course at Colchester Institute in the summer of 1990 and found myself heading back north to work with Ian Anderson at The Designers Republic in Sheffield. My first day was a non-stop 32-hour baptism of fire; a combination of drawing boards, photocopiers, darkrooms and pizza. I’m not sure how much of a chance Ian took on me, but I spent fifteen happy years at TDR repaying his faith and will always be grateful for the flying start TDR gave me.

Back in the last century, just before graduation from Brighton Polytechnic, my BA Tutor Maggie Gordon got a call from one her old students Georgina Urwin. George was looking for several young creatives to help start up a new venture for a design studio within a big ad agency. That agency was no less than Saatchi & Saatchi. I stayed there for seven gloriously hedonistic years, during which we merged disastrously with Siegel and Gale, then we scandalously broke away to reform Saatchi & Saatchi Design. I took over as creative director in the early 1990s when George headed off for New Zealand and new pastures.

Jem Robinson, All of Us

My first big break came via my main tutor at Loughborough University, Andrew Selby, the then Visual Communication programme co-ordinator, when he asked me if I'd be interested in doing some teaching on the Illustration degree course that I'd just graduated from. This led to some amazing opportunities both inside and outside of teaching and helped my career in so many ways. I developed my teaching and direction skills, but also in those early years of trying to get started as a freelance illustrator it gave me a creative place to go to once a week, where I was surrounded by talented people and supported by people who had always helped me to develop my abilities. This was crucial when the rest of the week was spent trying to drum up business and generating self-promotional projects, which requires a lot of motivation and confidence – not something that’s always easy to conjure up when sitting alone. So although the teaching wasn't my first 'commercial' opportunity, it really was the base that I was able to build my career upon. Andy has been a big influence and support in my career as I started to branch out and bring the skills I’d developed both as an illustrator and as a teacher together to move into art direction.