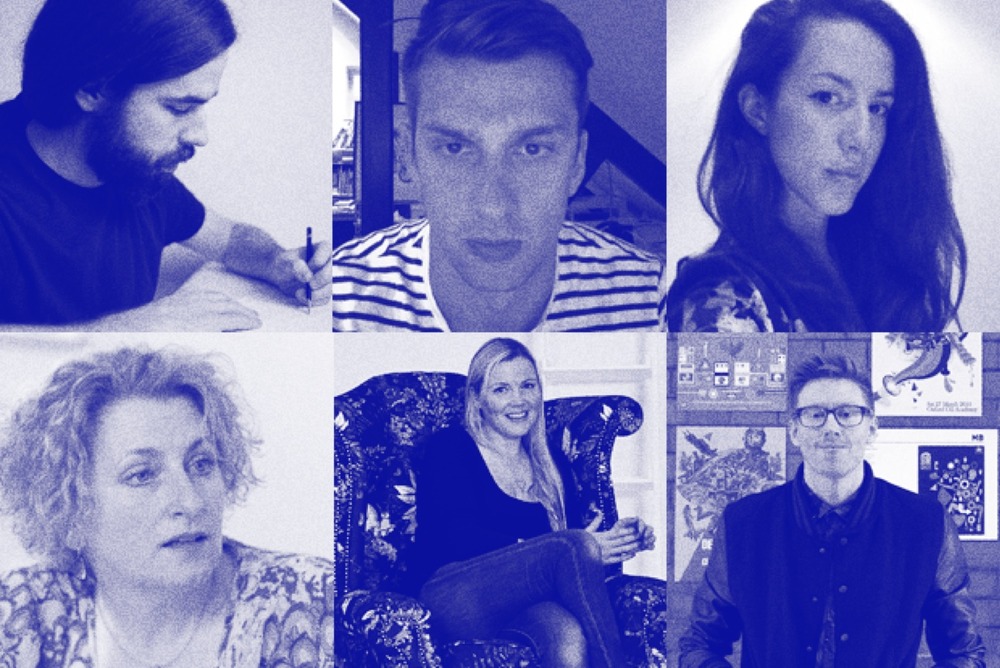 Who did you want to be when you were growing up?

After spending some time thinking about this question, truly considering what figure inspired me to get where I am today or who I continually reference the answer was quite obvious…I wanted to be Leonardo, from Teenage Mutant Ninja Turtles. I suppose being trained in martial arts while wielding two swords and trying to be a good leader to his brothers were qualities that I found admirable. I must say though, finding out that the turtle was named after Leonardo da Vinci really helped my introduction to art. His drawings are incredible.

Besides also wanting to be a Teenage Mutant Ninja Turtle, which my mother soon informed me was impossible, I've always wanted to be a designer of some sorts. Growing up as a child around my father who was an interior designer and architect, I was addicted to the smell of the Pantone pens he used. This smell of temptation to peek at what he'd been sketching out enticed me into the office and then I lost myself in books about design, learning at an early age about the Bauhaus and Modern Design. I suppose it was inherent inevitable? that I would take this path.

As a child, I don't remember really wanting to be any one person or figure head in particular. I found that I was drawn to many different possible career paths, from astronaut for NASA, to wild animal and planet explorer for National Geographic. The world was my oyster and I was fascinated by so many different things, spurred further by my nomadic upbringing abroad. I did however know that I would end up doing one of two things for certain – ride horses and be an artist. If I had to pick someone as inspiration for my horse-riding and competing, it was definitely my Grandfather John who was quite a well-known horse and jockey trainer in our racing hometown of Newmarket, Suffolk. I thought that perhaps I could do the same. As for artists it would have to be all the illustrators and character creators at Disney and other networks who filled my young life with colour, shapes and craft.

I wanted to be David Attenborough. His fascinating observations about life on our planet have captivated me to this day. I spent hours in the summer, knee‐deep in the river Avon that ran through our garden, observing the grit‐covered Caddisfly larvae slowing dragging themselves across the river bed and catching bucket loads of minnows, shrimps, crayfish and underwater spiders… ahh, those were the days. Because I got an ‘A’ in Biology at O level, I thought I was definitely following in his footsteps. Only once I also added English and Art at A level too – that lead me to art school, not Cambridge. I guess there are some parallels with what I do now – observation of strange human behaviours, interrogation of how things work, distillation of ideas for others to understand and presenting to lots of people. Keys differences are: I’m not on TV, haven’t visited amazing exotic places and am not rich and famous. Still, never too late eh?

When I was about five all that I wanted to be was the bus driver that drove the big yellow bus that we had growing up in Iceland. I found how they drove up the steep hills in the middle of winter covered in snow nothing short of miraculous, with their huge chains around the wheels to get them up and out of the icy terrain. I spent all my spare time drawing and constructing things but I remember worrying that if I became an artist I might end up going a bit mad, alone in a room with a brush in my hair. It was a worry that lasted as I ended up studying electronics for a good old while until I finally got into Central Saint Martins at twenty-five-years-old to study design.

When the dream of becoming an international football star ended at the early age of twelve, I guess it was a toss up between directing films or playing guitar for Smashing Pumpkins or Sonic Youth. So although I've not managed to direct the next Godzilla or play Siamese Dream with a bald man in a dress, I'd like to think I've managed to implement my love of music and film into my own career, be it creating artwork for some amazing bands or seeing my illustrations being brought to life via animation. I'm happy with that.