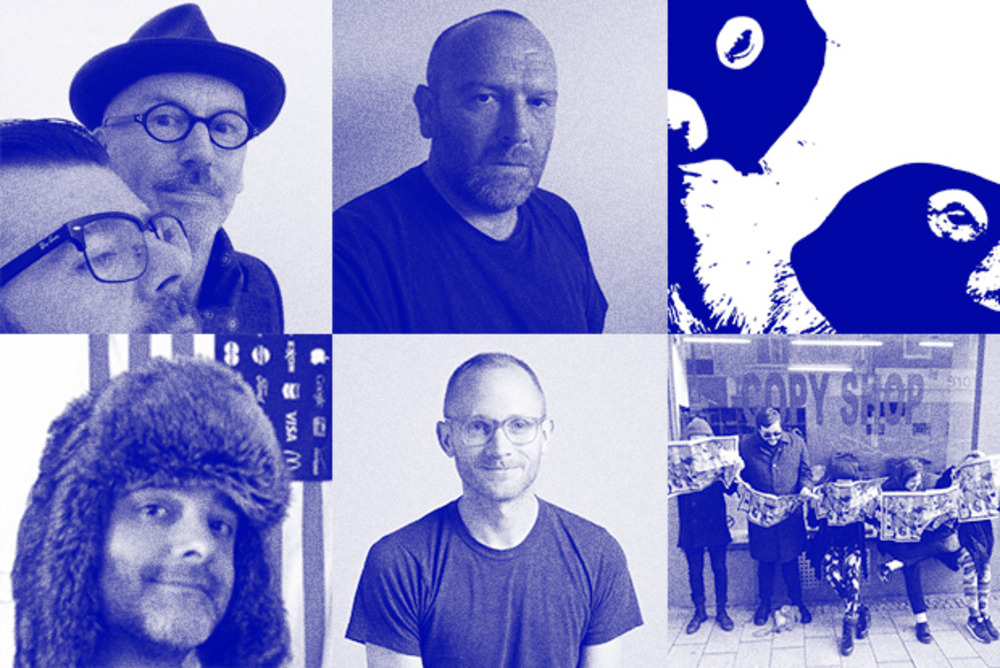 Prolific artists make me wary. It’s probably a neurosis, but high-yield forms of expression generally arouse suspicion in me. The standout exception to this predisposition is Dieter Roth (1930-98), a Fluxus artist whose abundant output moved with ease across graphic design, painting, printmaking, sculpture, performance, music and publishing. Best known for works such as his ‘literary sausages’, which comprised pulverised magazines and periodicals, fat, gelatin, water, and spices stuffed into wurst casings, he was also the producer of a seminal body of artist’s books. Between 1969–79, for example, he created 20 Gesammelte Werke publications, a series of tomes that remixed many of the projects he’d made over the preceding years. In keeping with Roth’s personality, the overall endeavor is a combination of chaos and organisation. Volume 3 is a good case in point: both creative energy and control are brought to bear on two geometric compositions that grow exponentially as they are passed through the press multiple times. The result is a space/time experience for the reader that moves beyond notions of concrete poetry or abstraction to transcend all conventional creative boundaries – including those of ‘art’ and ‘design’.

I’ve always been very interested in the work of the Florentine architectural group Superstudio. Their most famous project Monumento Continuo (1969), in which they propose to cover the entirety of the Earth's surface with a concrete shell, was an enormous influence on me as a student. They opened my eyes to thinking that even the applied arts could simply exist as 'works of the imagination’; not something that necessarily had to be made or built, but work that could exist only as the illustration of an idea.

In 2010 we fell for the practice of Kate Rich – a radical trader and hacker. Since 2003, she has been trading coffee in rather unusual ways through her project Feral Trade. Rich imports coffee directly from a farmer in El Salvador and then sells and ships it from Bristol through her physical social network. Kate positions herself as an artist, but she does a lot of design: from crafting social relations as trade routes via the digital tracking of shipments to the neat typographic labelling of the coffee bags.

Working at the intersections between Art, Performance, Design and Politics, Liberate Tate is the collective moniker for a group of very talented troublemakers who have been running a campaign of uninvited direct actions, backed up by lobbying, that intends to end BP’s funding of the Tate galleries. Each performance is a brave, beautifully planned intervention that takes its form and aesthetic seriously, and reaffirms the living potential of creativity against the culture of death that the fossil fuel industry sells. A recent Liberate Tate Freedom of Information request showed Tate gets around £240,000 a year on average from BP, a bad deal for them, us and the planet.

The Reveal (fake bank notes worth £240,000 thrown from Members Gallery in Tate Britain)

I remember watching a television interview with the film director and editor Walter Murch. He was describing an early work, his sound design on Francis Ford Coppola’s The Godfather. In one scene, set in a restaurant in the Bronx, the lead character is in a moment of psychological trauma. The viewer hears the ambient sound from a subway train. The sound amplifies progressively until it reaches a screeching peak at the precise moment that the character cracks. The restaurant where the scene was filmed isn’t next to a subway: Murch imposed the sound in the editing process, manipulating this perfectly believable element until it becomes a narrative device in service of the filmmaker’s vision. It’s a wonderfully ingenious union of meaning and engineering.

Designers today (ex)change in the field of art and vice versa. They intertwine lovingly on each others’ discourses; they are like two branches extending from one tree to create common stock. In our opinion, the people who manage to migrate between these states today most successfully are Slavs and Tatars and Aleksandra Wasilkowska.

Then there is also our favourite architect-artist, Vito Acconci. Through the use of language he moulds experiences across and through forms – from passages of poetry, live spoken word encounters and monumental, constructed architectural space. When we observe his body of work, we are left wondering where the design begins and ends.