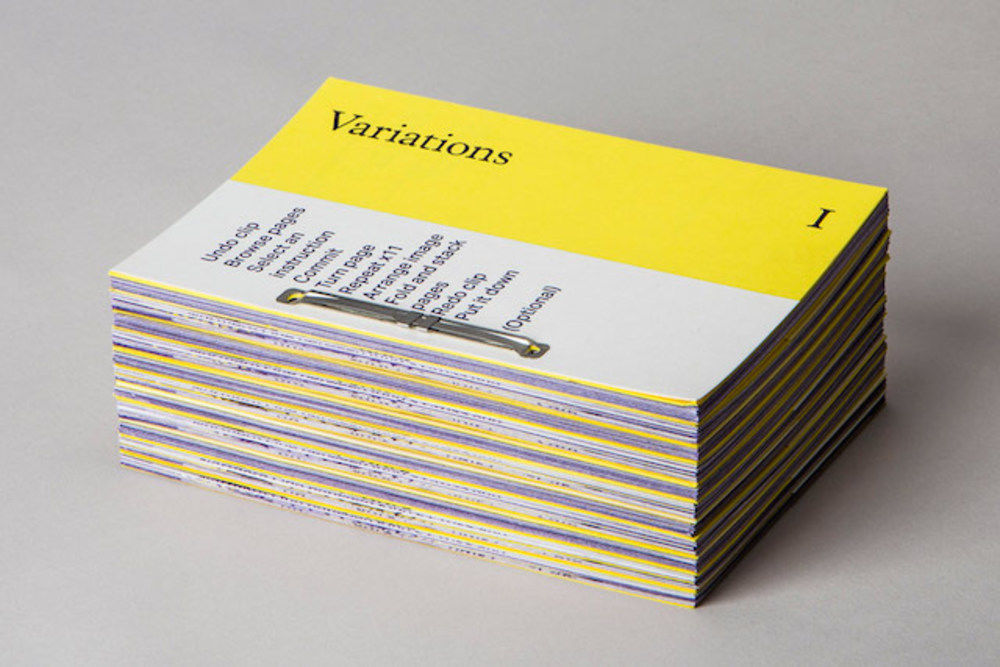 Describe the studio's work in three words...
Fonts, e-mails, meetings.
How did the two of you meet, and why did you decide to start a studio together?
We met while studying together at Central Saint Martins. During our time there we did some projects together, and started getting some freelance work. So the studio was a logical next step, as we both felt like we would rather give it a shot working for ourselves than try to get a junior position at a studio or do internships. 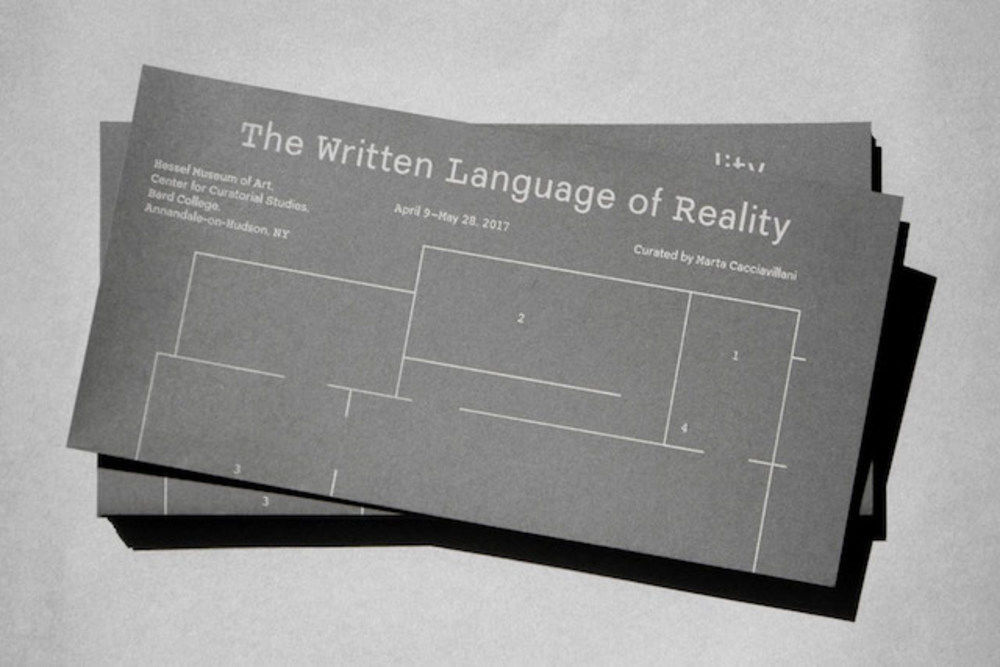 'The written language of reality' handout

What's the first project the two of you worked on together?
In 2014 we were part of a group organizing a student exhibition at CSM, where we were in charge of the visual identity. It worked out well so we decided to work together again on a small experimental book with Marta Cacciavillani from the CSM Culture, Curation, & Criticism course in 2014 called ‘Variations I’, and then again when we got asked to design the CSM BA Fine Art catalog in 2015. 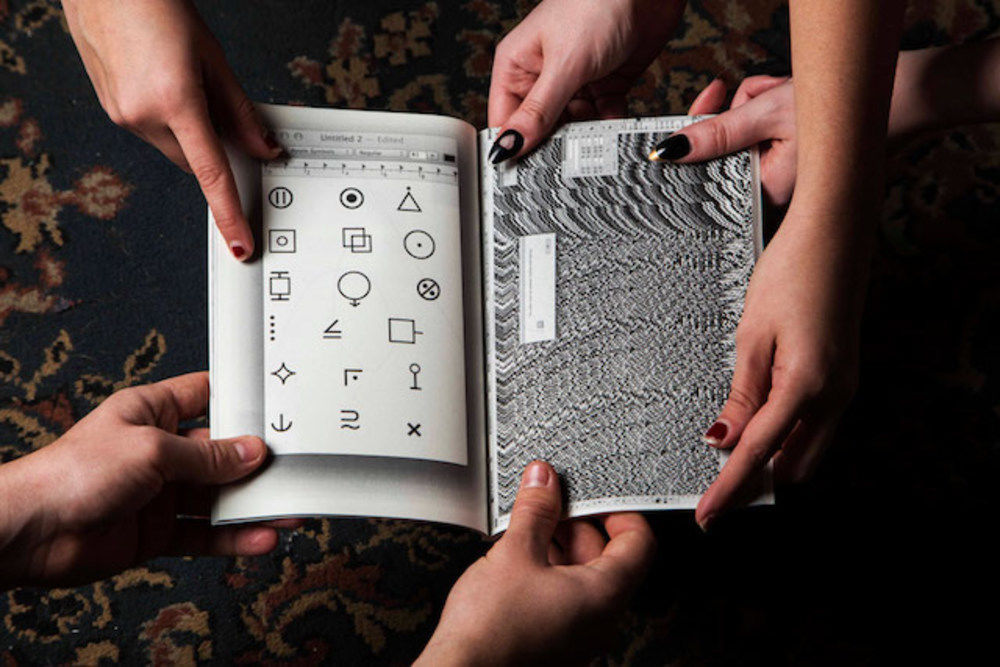 Tell us about a favourite recent project...
It’s hard to name a favourite, as we are doing many different types of projects, and most of them have some elements that we’re excited about. Lately we have been lucky enough to work on many interesting, challenging and very different projects, ranging from working on a highly conceptual artist publication for the artist collective Jeffrey Charles Henry Peacock—a 1.5-year project involving lots of different experiments in print—to designing several festival identities for street art organisation Nuart, where we get to work on a large scale, to running our Riso-printing workshop The Royal Duplication Centre at the RCA. 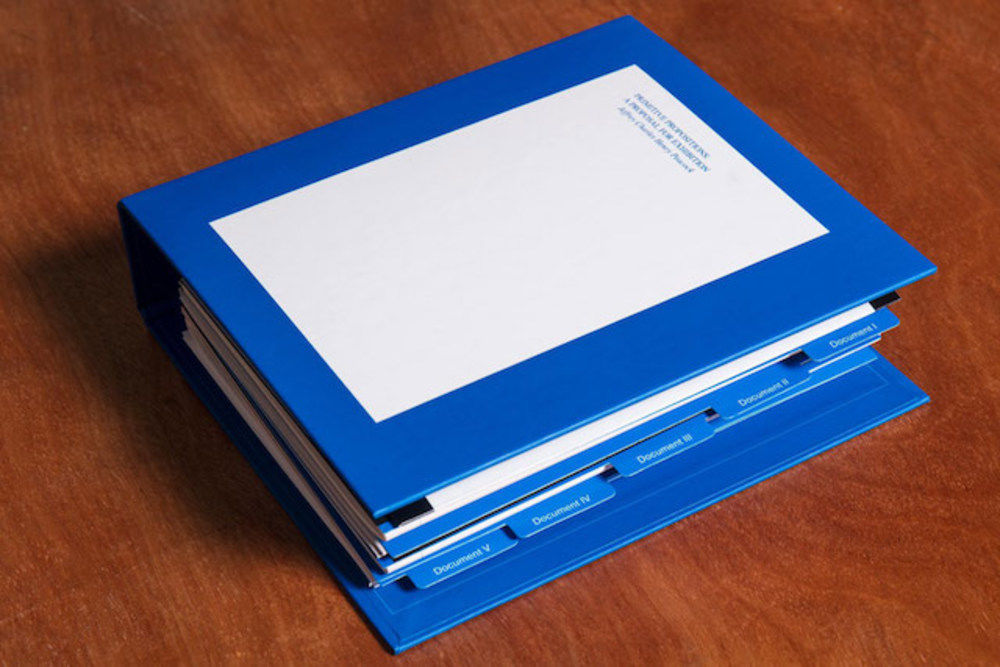 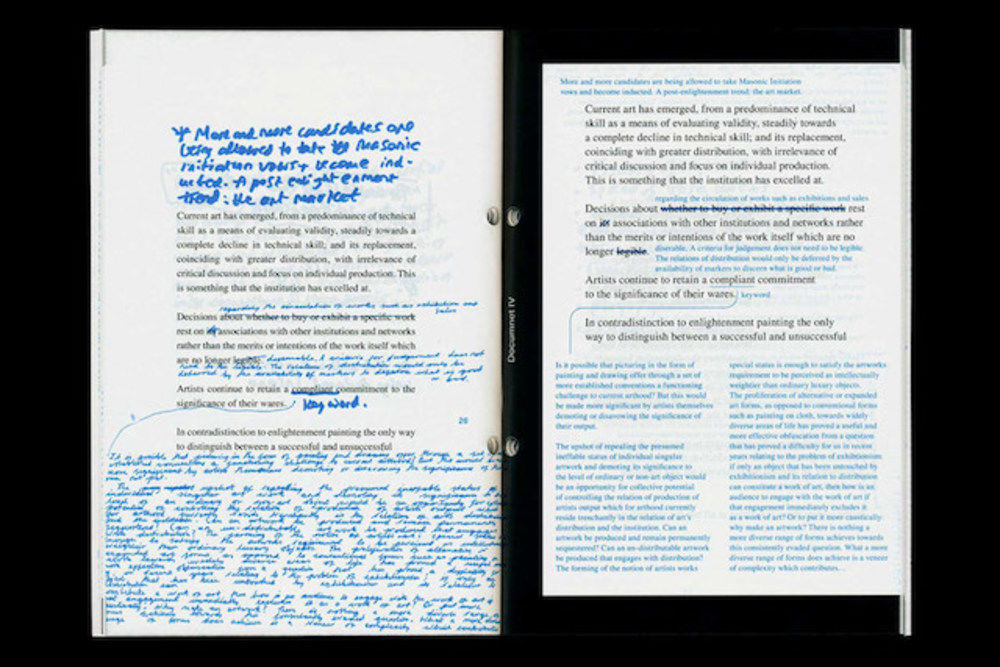 Describe your studio space to us...
Our studio is in an old warehouse in Hackney Wick, East London. We share the space with illustrator Ignacia Ruiz and the guys from Regular Practice recently moved in as well. It’s a decent sized space with a printer and a fridge and a lot of printed ephemera floating around.

What kind of clients do you like to work with, and are there any particular types of project or client on your studio 'wish list'?
We don’t really have any particular kind of favourite client or projects. Like most designers, I guess we are most happy when the client believes in us and trusts that we know how to do our job, but we’ve found these kinds of people as much or as little in the art world as in more corporate environments. That said, we do tend to do more work in the arts and culture sector, as there tends to be more room for experimentation. We haven’t designed a magazine yet—that’s something we’d love to do. And we’re trying to get more into the world of exhibition design. It’s always exciting when a project allows us to branch out into new territories. 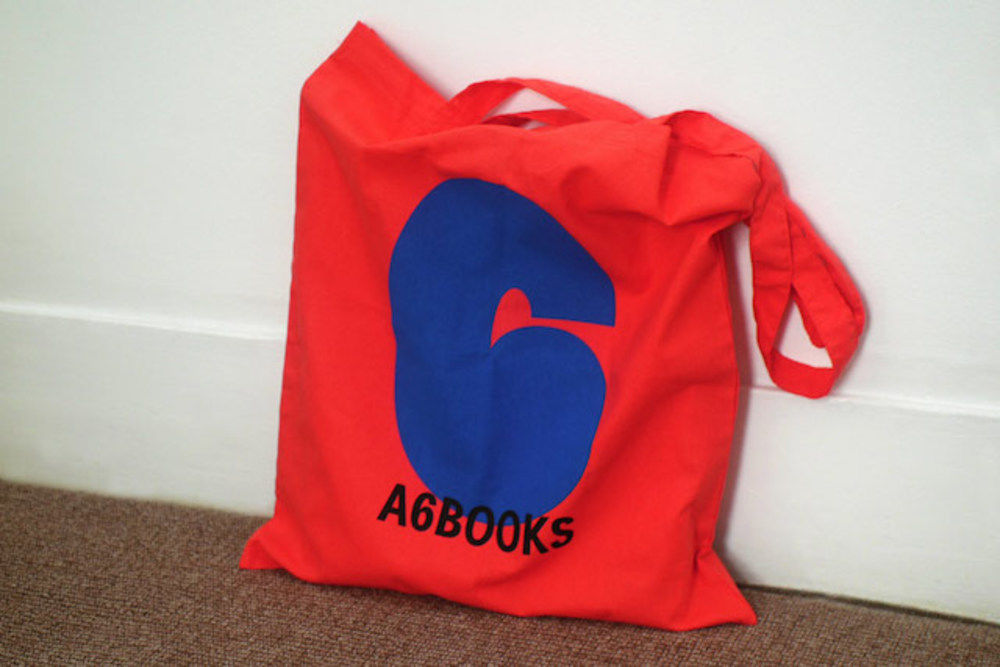 Any advice for other designers looking to establish a studio?
Go for it. If it feels right it’s probably a good idea, at least as a valuable experience if nothing else. Especially for recent graduates, time is plentiful, and you really don’t have much to lose.
What are you working on now, and what's next for Studio Bergini?
We are in the final stages of designing a new visual identity and overall refresh for the Charles Dickens Museum in London, so we’re really excited to see that coming to life. We also just finalised the identity for Nuart Festival 2017, which can be seen around the streets of Stavanger, Norway. At the time of writing we are doing a residency at Utsira Lighthouse, on a tiny island (population 204) off the west coast of Norway, taking in some fresh ocean air, dreading the inevitable return to rush hour on the Central Line… 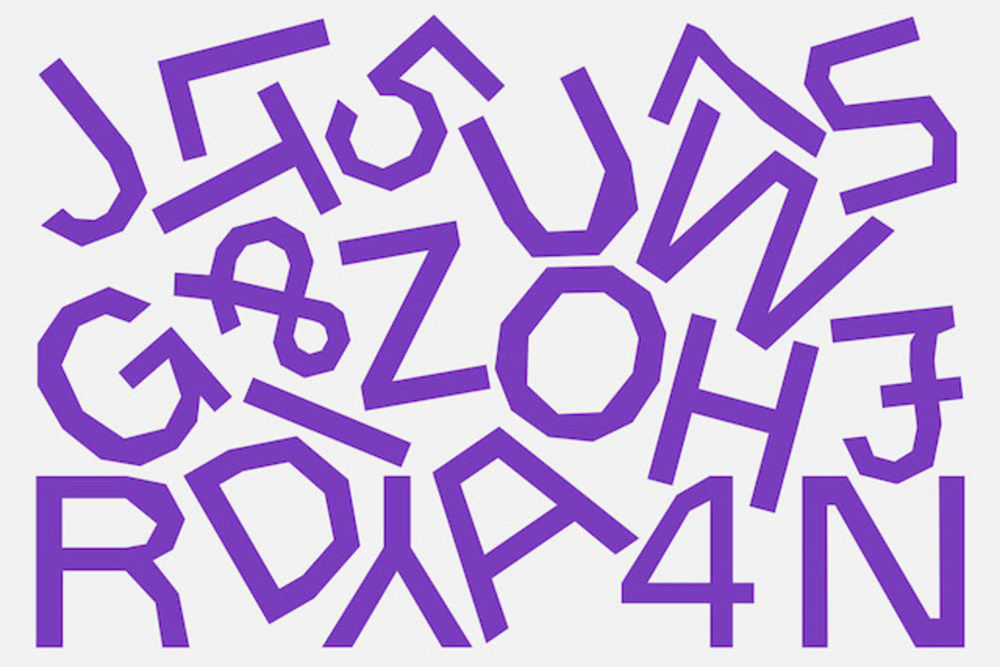 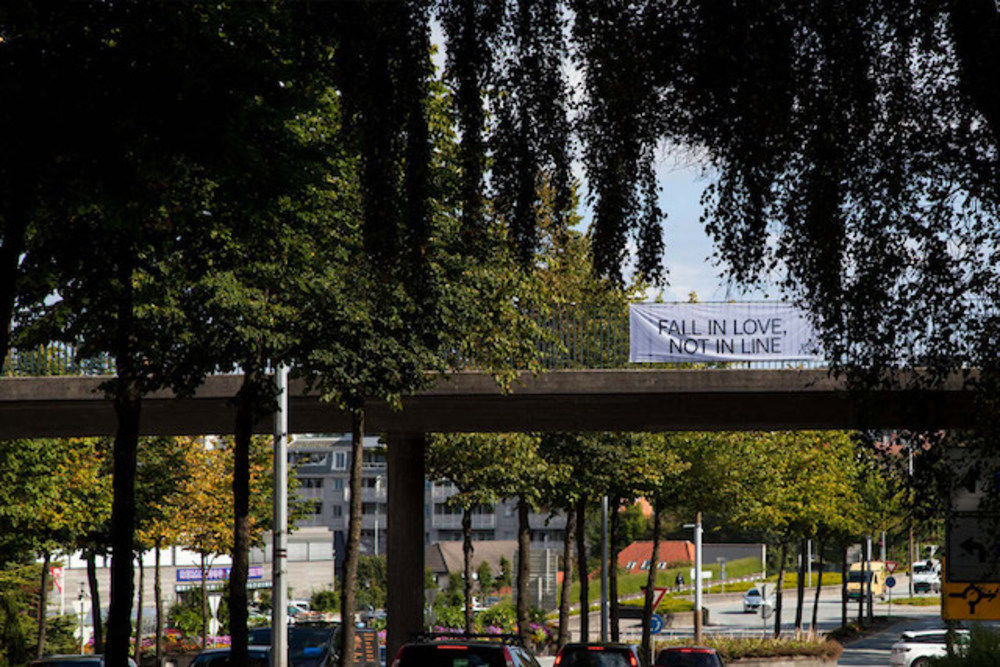