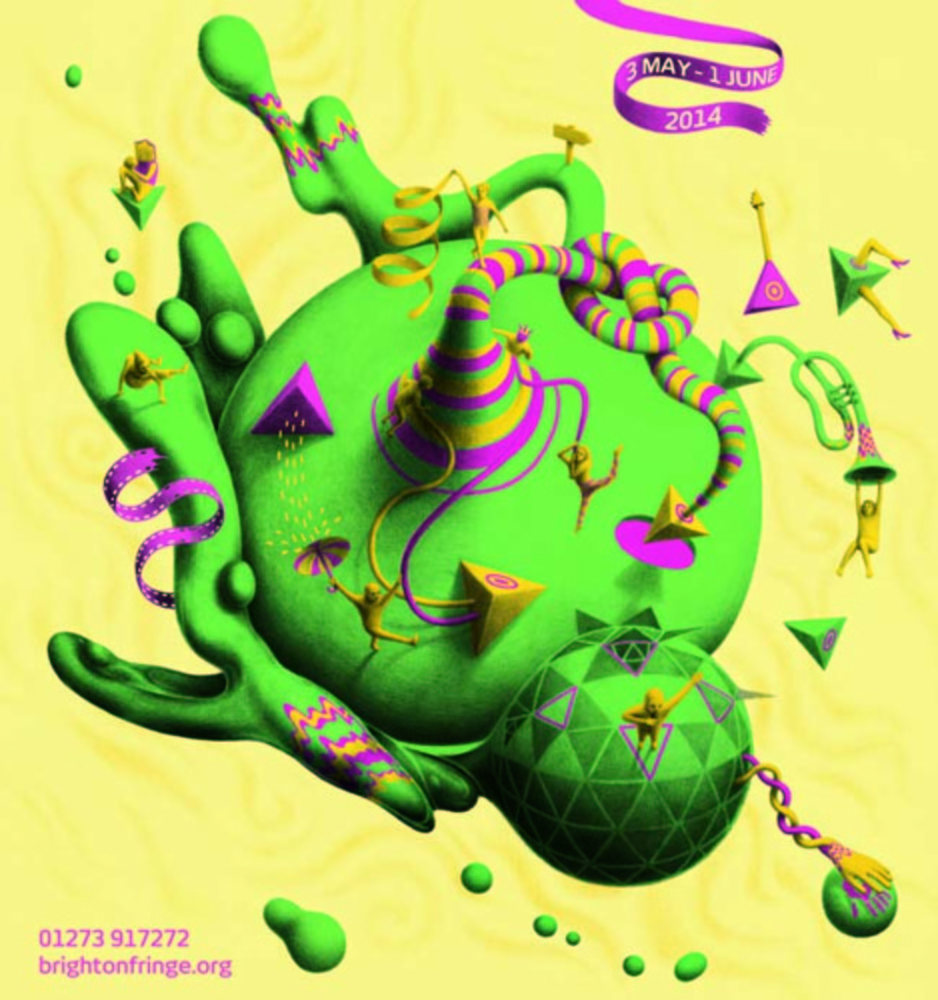 What are the best and worst aspects of what you do?

I’d say the best aspect is the buzz of coming up with an idea, visualising a piece in your mind and then the satisfaction of realising it. That feeling is only heightened by the fact that you can now instantly gain valuable recognition for the work via social media. People joke about competing for Facebook ‘likes’ and all that, but the appreciation and support of your peers and online communities is absolutely crucial and will often directly get you further work.

The worst aspect is the frustration caused by an abundance of ideas that you don’t have the time or means to realise.

What’s the most recent photo you’ve taken with your phone?

Me looking like Mr Tickle in a distorting mirror.

Where do you go for inspiration?

I like to take advantage of the fact that we all carry a camera in our pockets twenty-four-seven in the form of a mobile phone; I often use mine as a scrapbook of snippets that have sparked an idea or that I think I might make use of down the line. I also spend a lot of time admiring the work of others but sometimes find it a hindrance in that it’s easy to feel overwhelmed, especially in this digital age when you can scroll through copious blog posts and webpages per minute.

Occasionally, if I’ve hit a creative block, I’ll kill two birds with one stone and go for an invigorating stroll to buy some new pens or other equipment. I’m bloody efficient.

What are you working on right now?

I’m producing an illustration to act as an interactive content portal on the website of an artist called The Wolf for his debut track The Wolf’s Hour and I’m also designing a brochure. I’ve got a football-themed personal project on the go as well for which I’ve just created the initial illustration of one of my heroes, Zinedine Zidane. However, my most sought-after offering at the moment is something quite unexpected – I’ve got a queue of pets to draw as framed gifts for people’s loved ones; it’s got out of hand.

Tell us a trade secret.

DO rather than think about doing. It sounds obvious but in the past I’ve found that, like many of my peers, I’ve spent so long idea generating, researching and mulling over that I don’t have time to do everything I’ve eventually planned. In my experience, concepts evolve and motivation flourishes much more when you’re physically creating work rather than trying to develop/seek validation for a series of thoughts and notes. Your design work should constitute the idea-generating and research.

Tell us about the piece of work you’re most proud of.

A drawing of Wallace and Gromit on their motorbike that I did when I was about ten. Everyone thought that I’d traced it, which is probably still my proudest moment.

But I’d have to say I’m happiest with my Reimagined series of rejuvenated childhood drawings. This, and my illustrative typefaces, have probably gained the most positive feedback, but it’s great that such a simple piece can arouse so much curiosity; I had a lot of fun reinterpreting my five-year-old self’s portfolio.

What’s the biggest challenge of working in the way that you do?

Getting my work seen by the right people and making an effort not to miss opportunities can be a real headache. With the internet now being the primary way we connect with the world it can be daunting to be a creative in the early stages of your career; there’s so much to take in and no chance that you’ll stumble across every perfect opportunity out there.

Where would you like to be in a year’s time?

I’d like to have found a suitable job in the creative sector whilst continuing my freelance work. It’d be nice to have done some more band artwork too, that’s something I particularly enjoy. 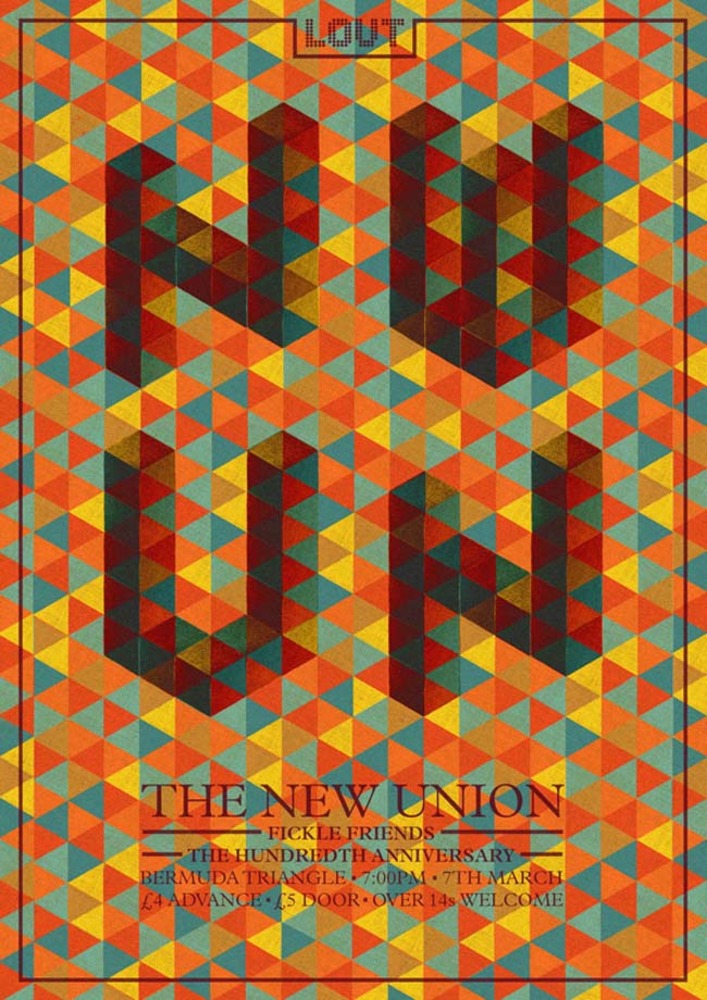 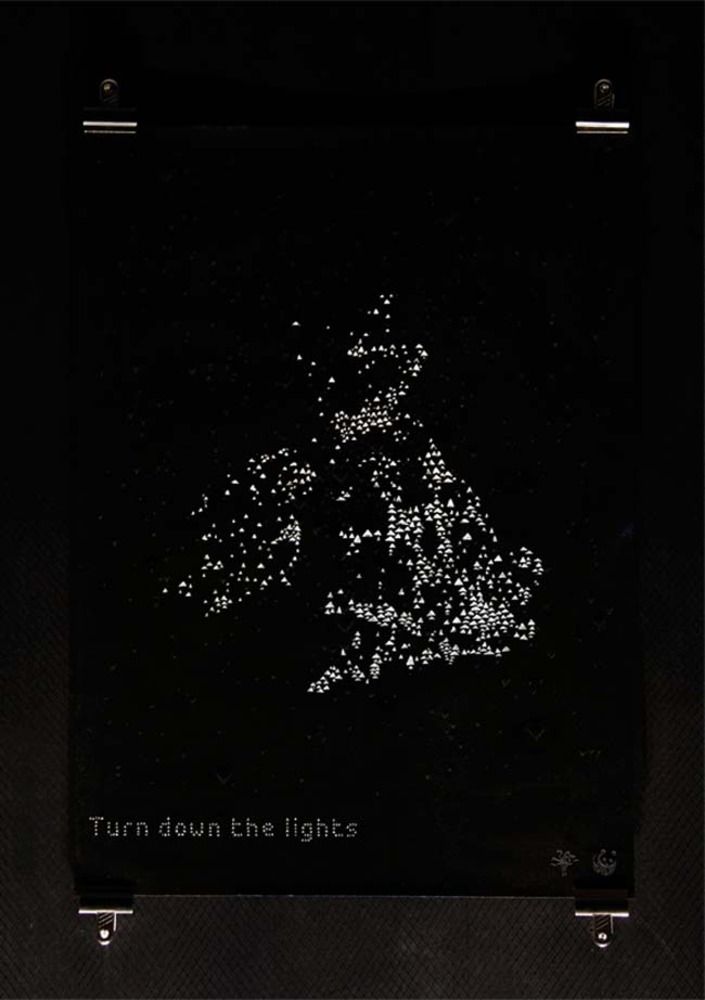