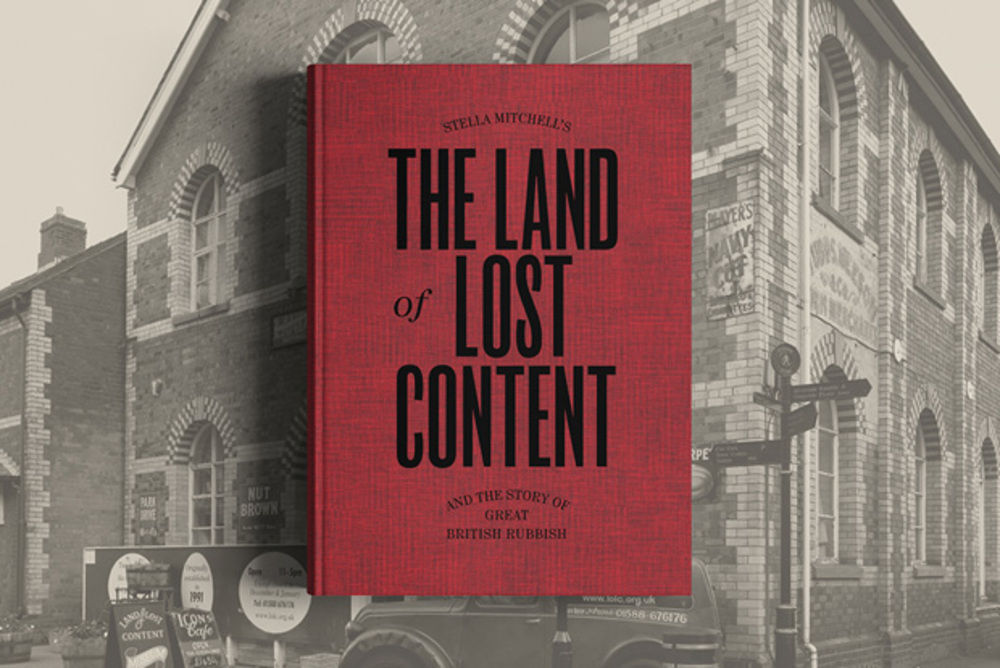 Imagine stumbling across a tiny museum full of amazing ephemera – amassed by an equally amazing collector – and bringing it to life and a new audience as a book. That's exactly what designer Patrick Fry has done for a dinky depository of detritus, The Land of Lost Content. The museum in the small Shropshire village of Craven Arms is owned and run by maverick collector and curator Stella Mitchell. For over forty years she has been collecting ephemera and displaying it in her museum as a chronicle of British life. When Fry discovered the museum he knew it was something that needed to be shared by the world. Cue a year of processing, photographing and writing about 50 of the most bizarre and beautiful items from the museum, to be made into a book.

With a Kickstarter to fund it underway, we hand over to Patrick and Stella to reveal some highlights you can expect from this singular publication. Patrick opens with an introduction to the project and then Stella brilliantly describes some of her favourites... 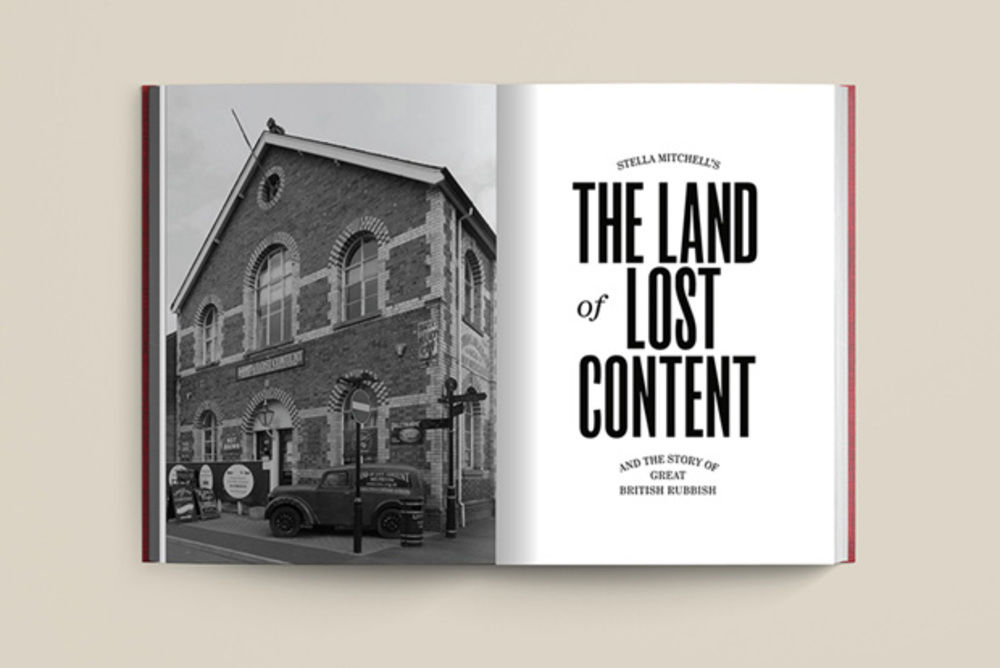 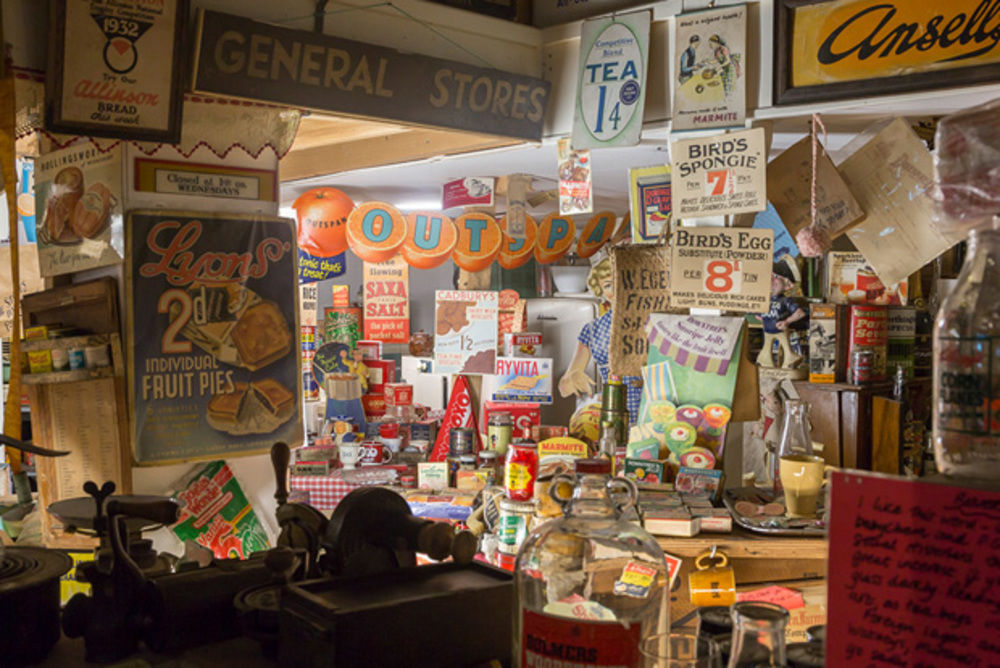 The book is called The Land of Lost Content and The Story of Great British Rubbish. It's a celebration of a lesser-known museum in Shropshire. The museum is a vast collection of ephemera, all collected and chronicled by one woman, Stella Mitchell. She has spent her life collecting Britain’s “rubbish” as a record of our society and behaviour. I first discovered Stella’s amazing museum almost five years ago and the idea for the book stayed with me for some time until I realised I had to make it happen. So I sat down with Stella and talked for hours about the collection, her views on studying rubbish as a means of anthropology. It’s probably the designer in me, but it seemed vital that someone distill the sprawling, enormous collection into something digestible. I wanted to find a way to allow viewers to focus on the small details in each piece. Little did I know that Stella had a story for why each item made it into her museum. She could talk for hours about the collection, the below stories are just a small taste from her stories of Great British Rubbish. 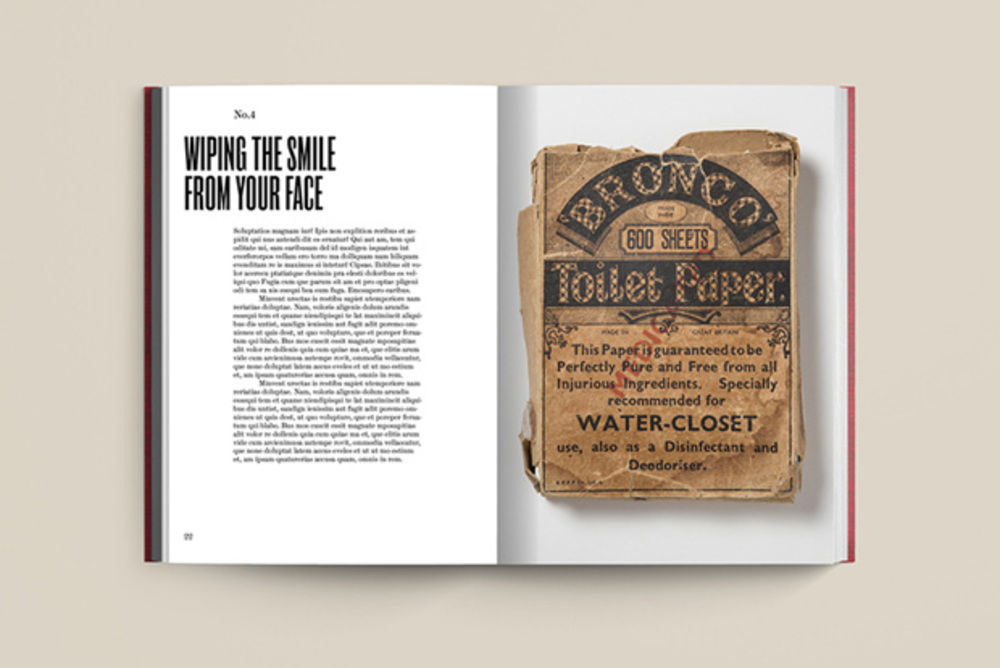 One thing that is so much better about life today is the ubiquity of soft tissue paper. This Bronco pack would have held single sheets of hard crisp, unquestionably useless toilet paper. Each printed with the maker's brand. It was an expensive, luxurious and therefore socially divisive product. 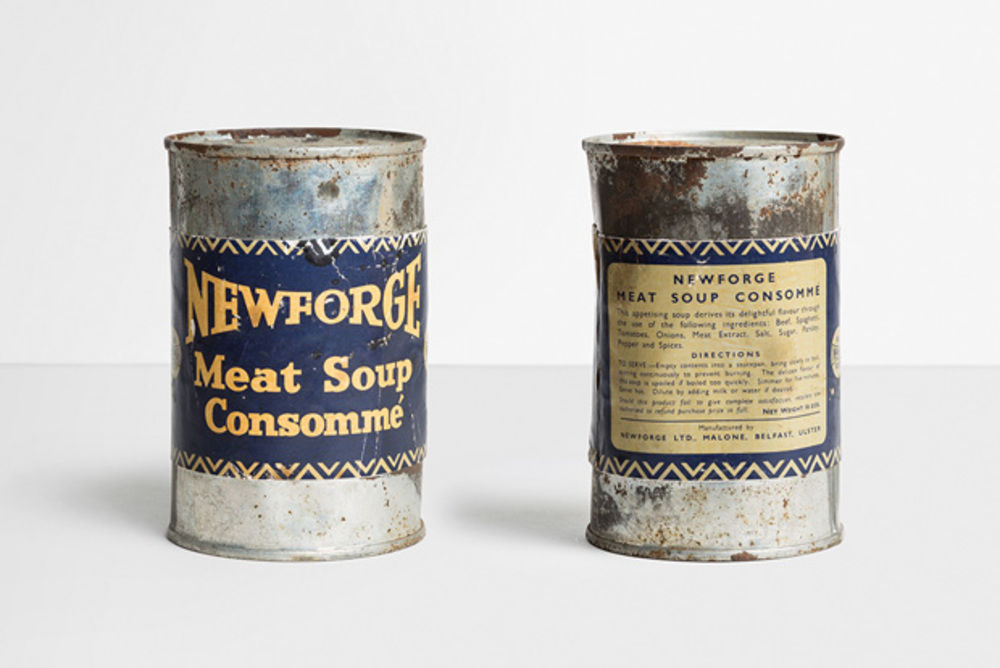 The privations of World War Two led to serious stockpiling and preserving of food. They were very hard times with sad and uncomfortable consequences. Many families huddled nightly in their dripping Anderson shelter. One such shelter had just been cleared in the late 1990s when we passed a skip one evening. I shouted “stop!” and rummaged, or skip dove as is entirely natural to me, and soon had unearthed fifteen tins of food from WW2. 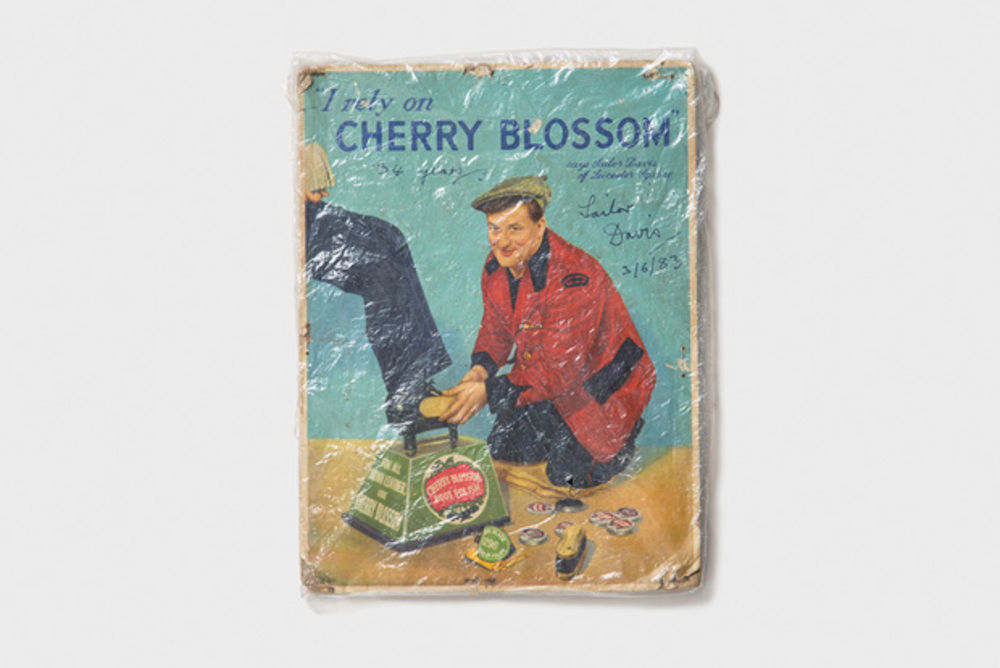 I have owned this “Card Ad” as we call them since the 1970s when I was first learning to be a collector. In 1983 The Daily Mail carried a story about an old chap who was known as Sailor Davies and was still cleaning shoes in Leicester Square. I instantly recognised him from my 34-year-old advert for Cherry Blossom Shoe Polish. My little cardboard advertisement suddenly came to life. It was a real man! I decided it was a fine idea to go to London to meet the famous Sailor Davies, and sure enough he was there. Proud to be shining shoes for 34 years, an unsung hero! 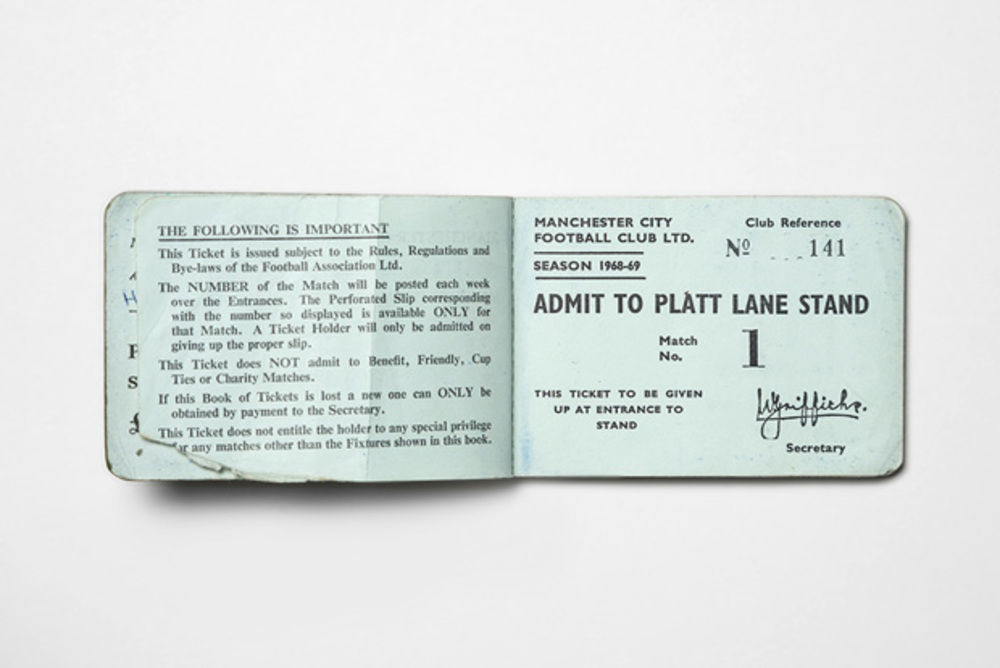 This season ticket belonged to one L. Munslow, who was clearly unable to attend the games he had paid for. The matches took place in the absence of Mr Munslow. He was not there. He did not cheer. He did not queue for a meat pie at half time while a brass band played. The booklet is concrete evidence of his non-attendance, or perhaps disinterest, in a way that very few objects can emulate. 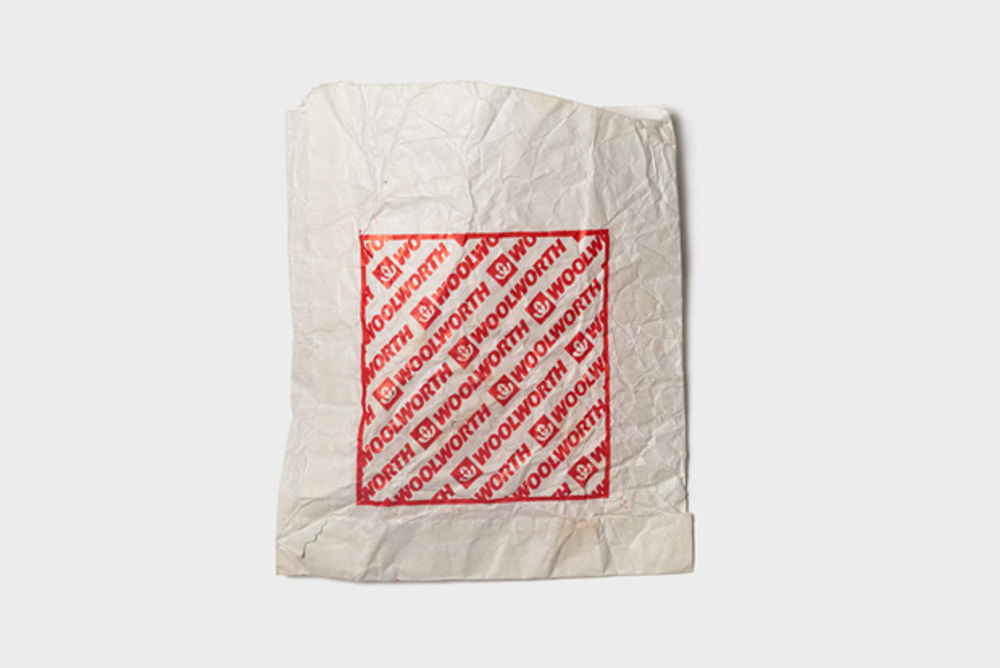 Woolworths was beloved of the ordinary man or woman of the High Street, and of course the child on the pushchair of the High Street. Then it was removed from the High Street, leaving gaps like pulled teeth. This is a small bag used for nails, buttons and screws, not for Pic’n’Mix which had it’s own special bags. It has been well used and has the crinkles to prove it. The British High Street is a darker and drearier place since the demise of The Woolies Dream Palaces.

Support The Land of Lost Content book project on Kickstarter. 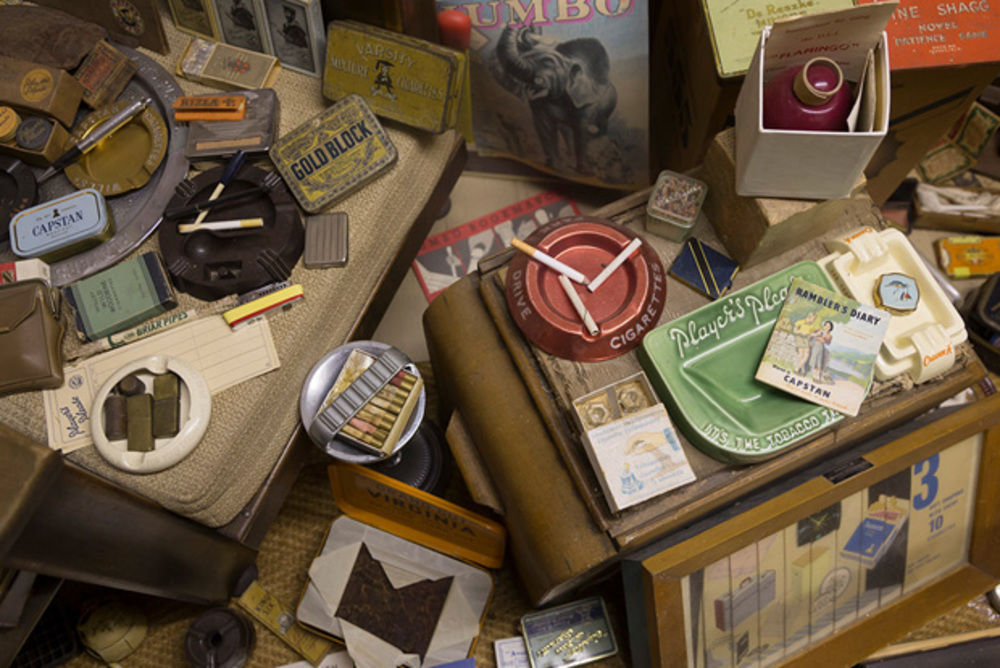 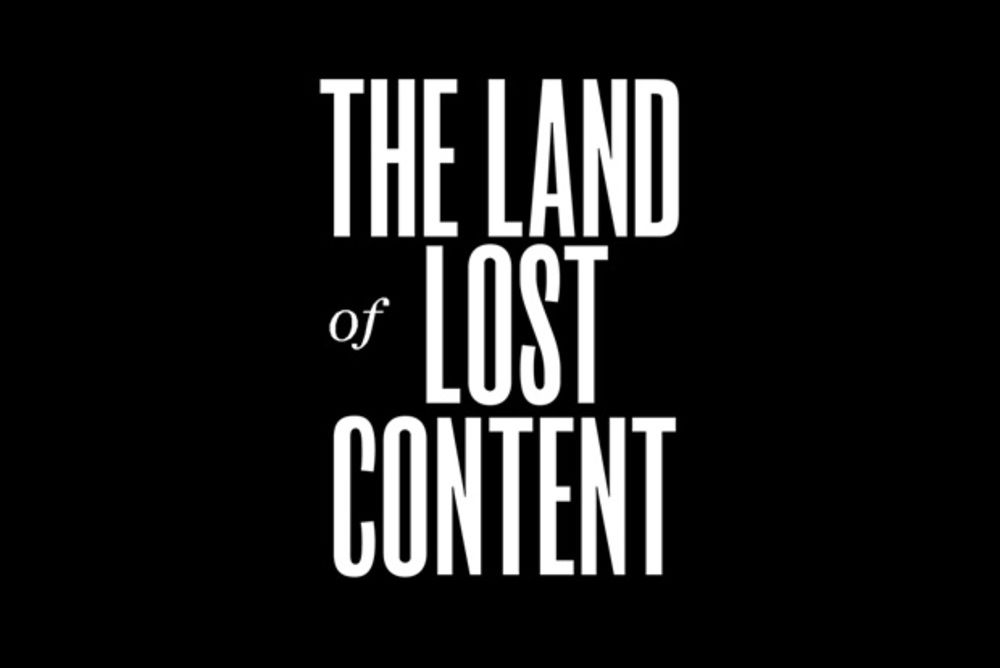