At the end of May this year Hall will be giving a talk at the St Bride Library in London (you can book here) about his ongoing research. He’s documenting the signs he photographs on Instagram, at @londonstreetnameplates.

“London’s street nameplates are a remarkable public archive of lettering – a unique collection of styles and forms that stretches back to the 18th century," says Hall. "They work both as visual anchors, telling us where we are, and as temporal anchors, telling us where we’ve come from. I’ve been documenting the most interesting ones visible today across the city, and researching their genesis.” 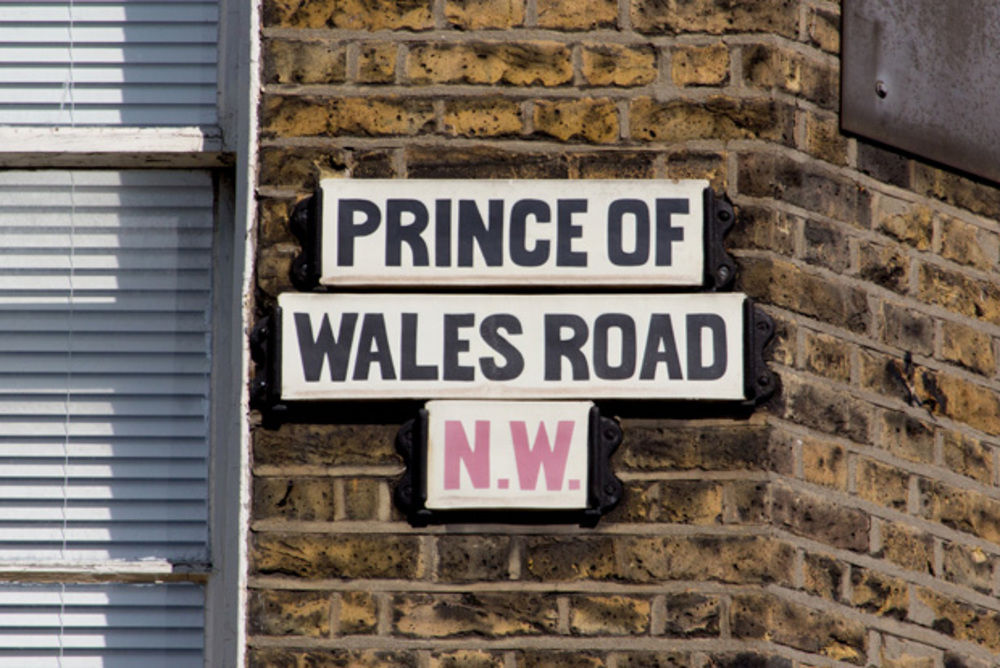 This two-panel ceramic hand-painted sign sits on the outside of The Fiddlers pub in Kentish Town. Other signs of the same style as this and with the same lettering style exist from as far back as 1866, so it's likely this one does too. I’ve yet to find out any information about how these signs were made. The building dates from 1845, so it's possible the nameplate has been in place throughout the building’s life. The Fiddlers used to be the Mother Shipton Tavern, which traded from at least 1899 – Mother Shipton being a famous 15th century English soothsayer and prophetess. 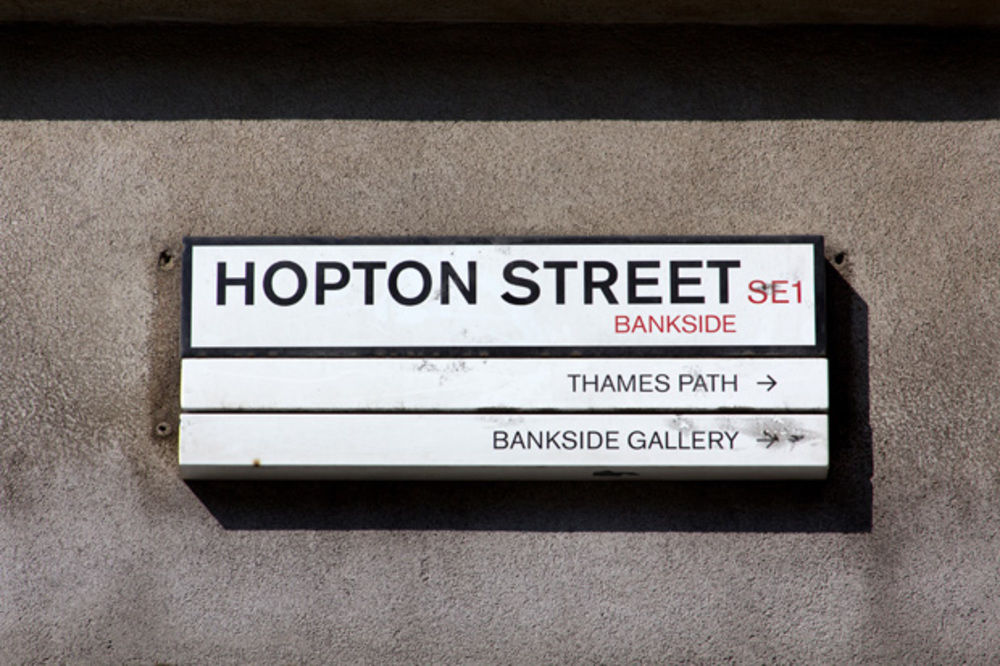 This street nameplate and the two directional signs are from the Bankside signage system designed by architectural practice Caruso St John in 1999. The signs formed part of the general regeneration of the Bankside area ahead of the opening of Tate Modern in 2000. The lettering looks like a version of Akzidenz Grotesk. The signs are elegant, though the use of the black border on the main sign and not the others is a little uncomfortable. The end-caps on the directional signs (not visible in this shot) are solid yellow, which helps draw your eye to them. The signs were commissioned by Fred Manson at the London Borough of Southwark. 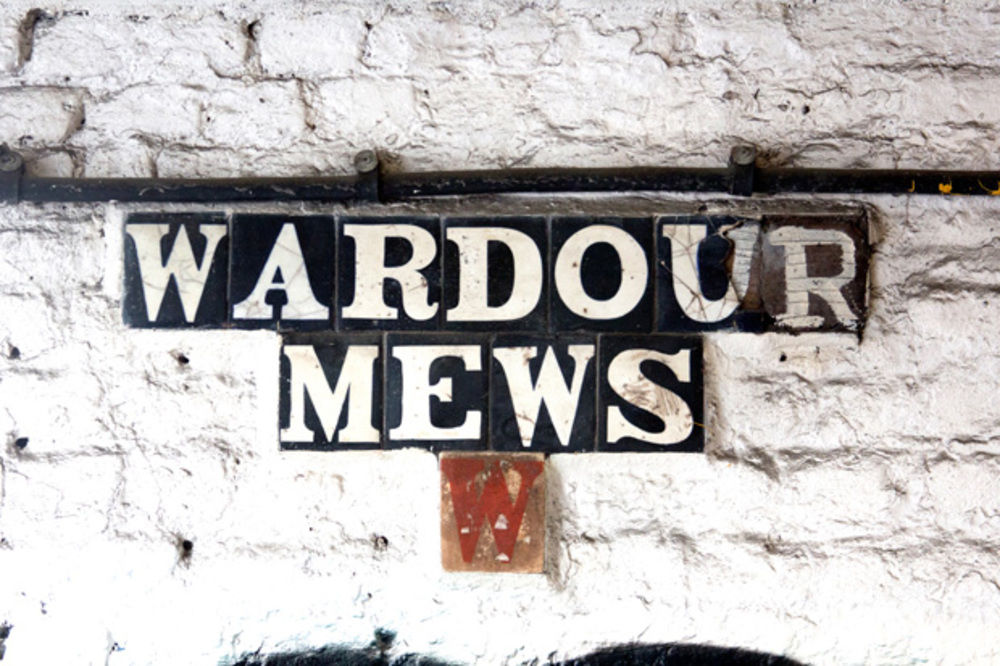 How great are these brilliantly idiosyncratic tiled letters in Soho? The tile for the postal district (W) was possibly added later. The U tile is broken and the final R lost completely, and someone has made a stab at completing the street name with a bit of white paint. There are quite a few similar signs throughout Soho, and I’d guess they date from the late 19th century, though I’m yet to find any specific information about their production. 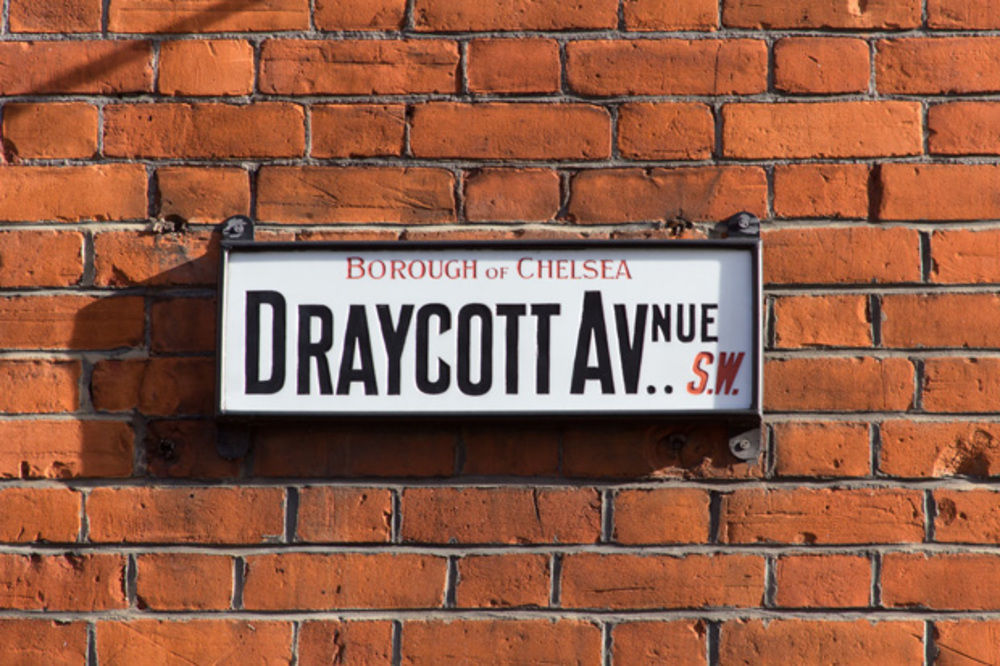 In 1899 the London Government Act divided London into twenty-eight Metropolitan Boroughs, which lasted until 1965 with the creation of Greater London and the thirty-two London Boroughs which we know today. Signs from the Metropolitan Boroughs still exist in many parts of London though, such as this Borough of Chelsea sign. Postal districts were created in 1857, but weren’t numbered until 1917. So it seems likely that this sign dates from between 1899 and 1917. The lettering of the street name and postal district is of a style that seems quite specific to signage, especially enamel signs (though this sign is milk-glass not enamel). It’s a condensed sans that features angled terminals on certain letters – the C, G, J and S – but I haven’t yet found out where it originates from. 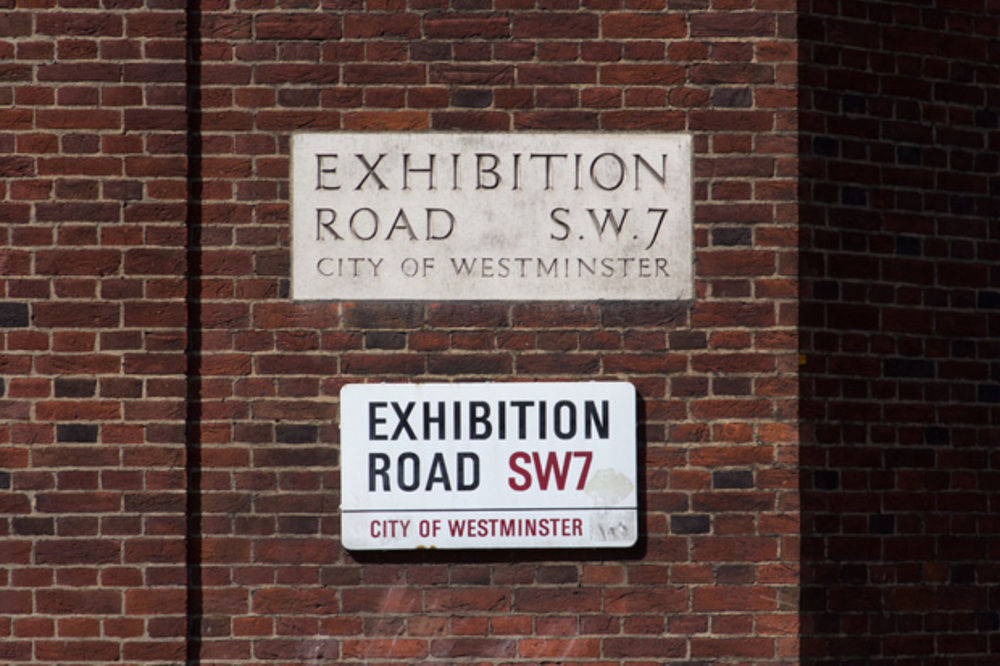 A fine pair of signs here on the 1930s extension to the Grade II* listed Royal Geographical Society. The incised stone plaque presumably dates from the construction of the extension – the lettering style is very elegant, though the spacing is slightly uneven. Below it sits a (slightly superfluous) example of Design Research Unit’s enamel nameplates for the City of Westminster, designed in 1968 by Misha Black and Christopher Timings. These feature a bespoke alphabet based on Univers, designed by the practice specifically for use on the signs. Unfortunately, recent signs produced for Westminster have started to appear using Helvetica Condensed instead.

You can read more about the project over on the We Made This blog.

Alistair's talk is at St Bride Foundation, London EC4Y 8EQ
On 31 May 2018 at 7pm
Buy your ticket here