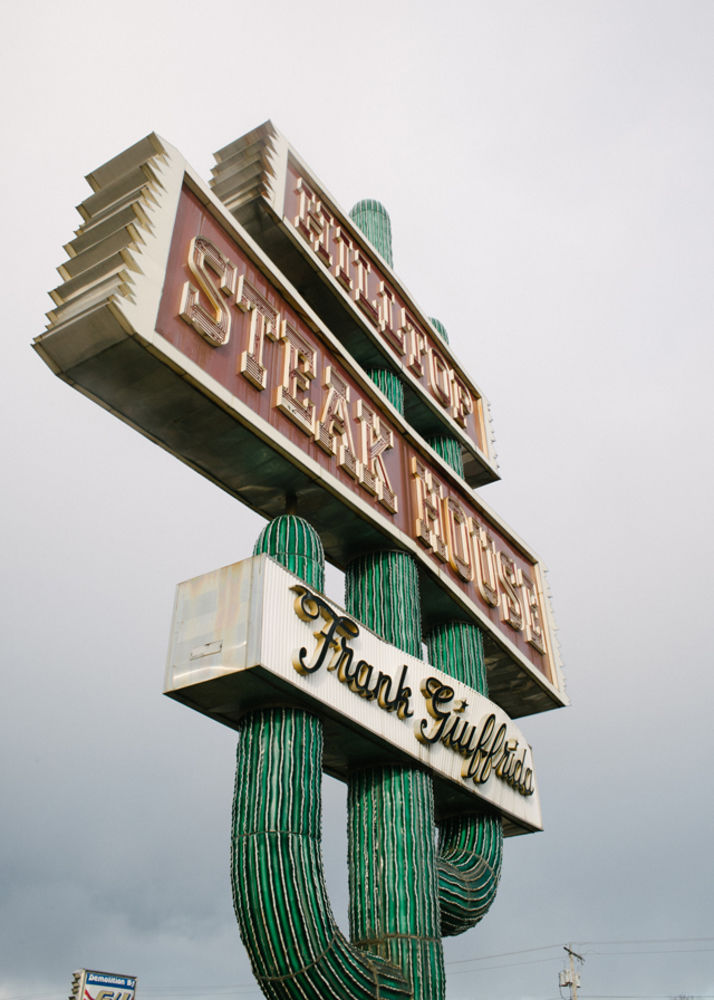 Most commercial architecture in North America is some variation on the shed: four sides, one street-facing façade. But as the automobile came to dominate spatial order in the 20th century, the simple lettered fronts and vitrine displays of old were no longer enough to stand out at highway speed. Clever business owners began to make use of bright, graphic forms to both attract passersby and hint at the contents inside. Some were relatively subtle visual jewellery in neon and painted metal, while others were total sculptural subversions of the sheds themselves.

Since at least the 1970s, these original roadside forms have mostly vanished, replaced by the template architecture and standard corporate logos on backlit plastic that visually define car-centric cities of today. Still, the dwindling number that remain are beautiful in their exuberance, simplicity, and imperfect workmanship. These photographs, all taken on recent road trips, show five archetypical examples of roadside hellos from the height of the automobile age. 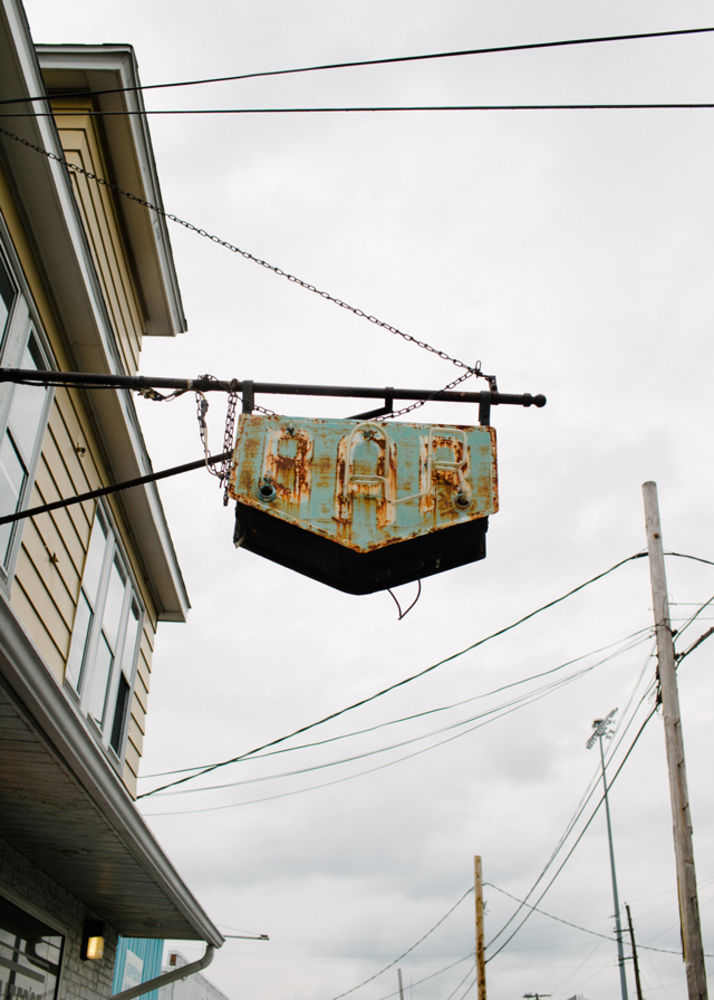 Monosyllabic “Food” “Gas” “Eat” and “Bar” signs are nothing if not classic highway tropes. Though many were produced in batches and were therefore not unique, their skillfully hand-painted letterforms, serpentine neon tubes, and heraldic shapes were not without charm. While you can still happen upon these old workhorses in various states of disrepair on the fringes and back roads of most American cities, they remain fixtures even in downtowns across the Rust Belt, from Buffalo and Pittsburgh to Detroit and Milwaukee. This elegant ruin of a bar sign, long since out of commission, hangs off the front of what is now just another unassuming house. 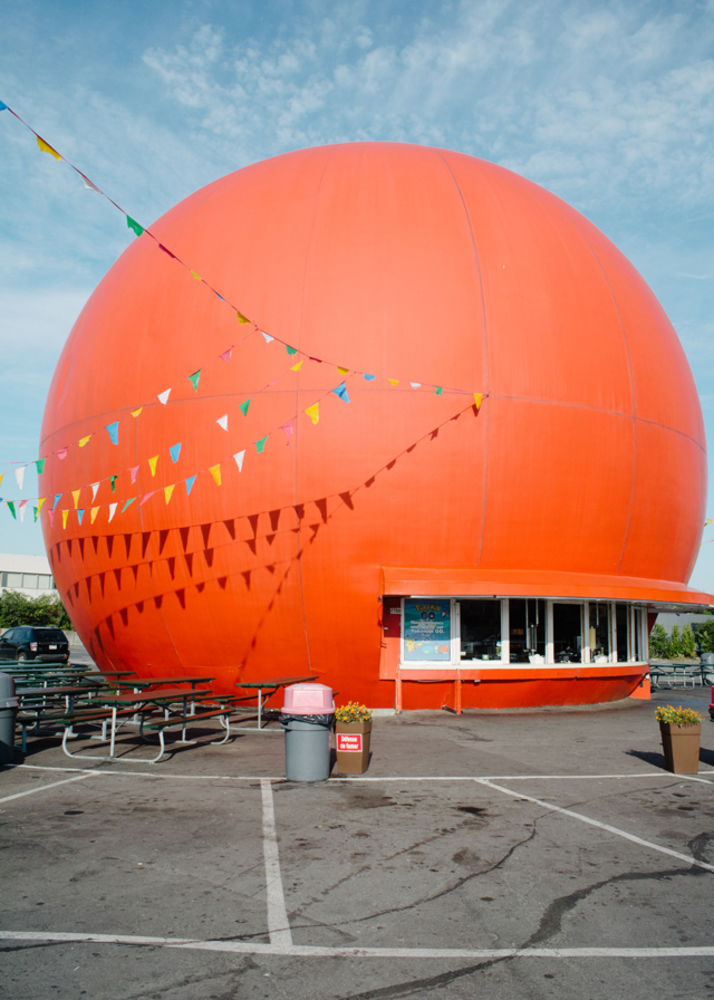 Perhaps the purest form of semiotic subversion of the shed is the building-as-sign. Think shoe stores, ice cream parlors, and coffee shops in the forms of giant boots, jumbo sugar cones, and towering percolators. The heyday of these whimsical structures was mostly over by the 1960s, and those that remain intact are among the rarest and most alluring roadside gems. This formidable citrus is a Montréal icon and a nice midcentury counterpoint to the stern, angular Modernism the city is better-known for. From its long walk-up counter, it serves up a frothy “orange julep” drawn from long transparent tubes that vaguely appear to tap the inside of the orange structure for its super sweet nectar. 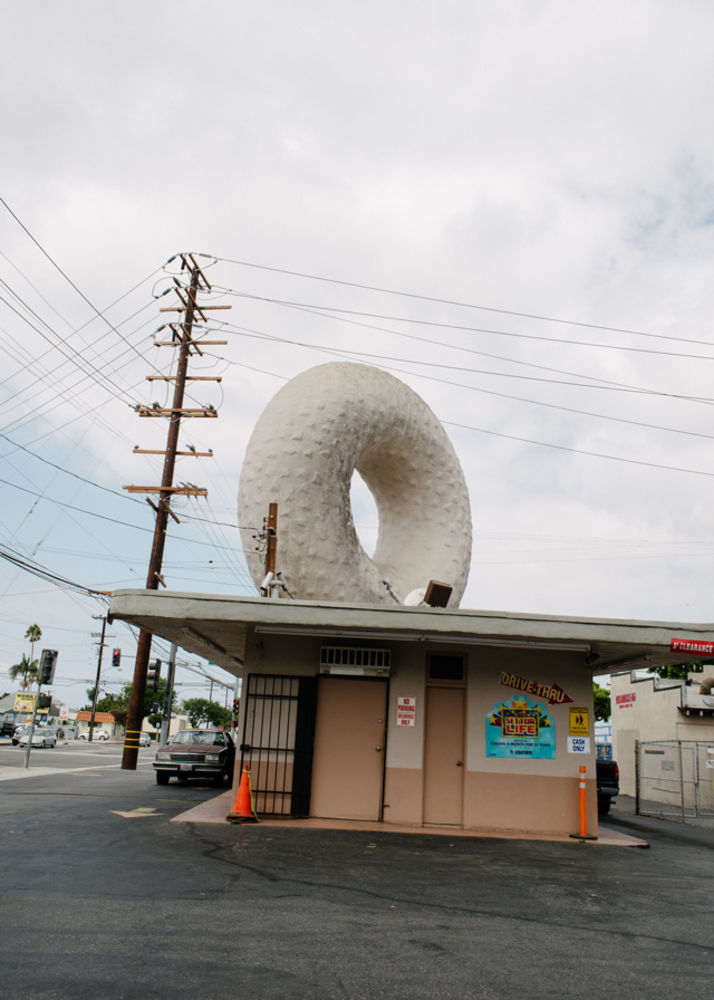 A half-step down from the building-as-giant-thing are the sheds merely festooned with giant things. These are otherwise nondescript boxes topped off with burly lumberjacks, giant crustaceans, jumbo tyres, big sombreros and any other fun form that might hint at the goodies one might find inside. Though the Donut Hole in La Puente is an entire donut building you can drive your car through, this donut-topped store is more representative of Southern California’s architectural pastries. It was originally part of the same, now defunct, chain as the similar building now occupied by the Randy’s Donuts, a popular tourist stop just a few blocks from LAX. 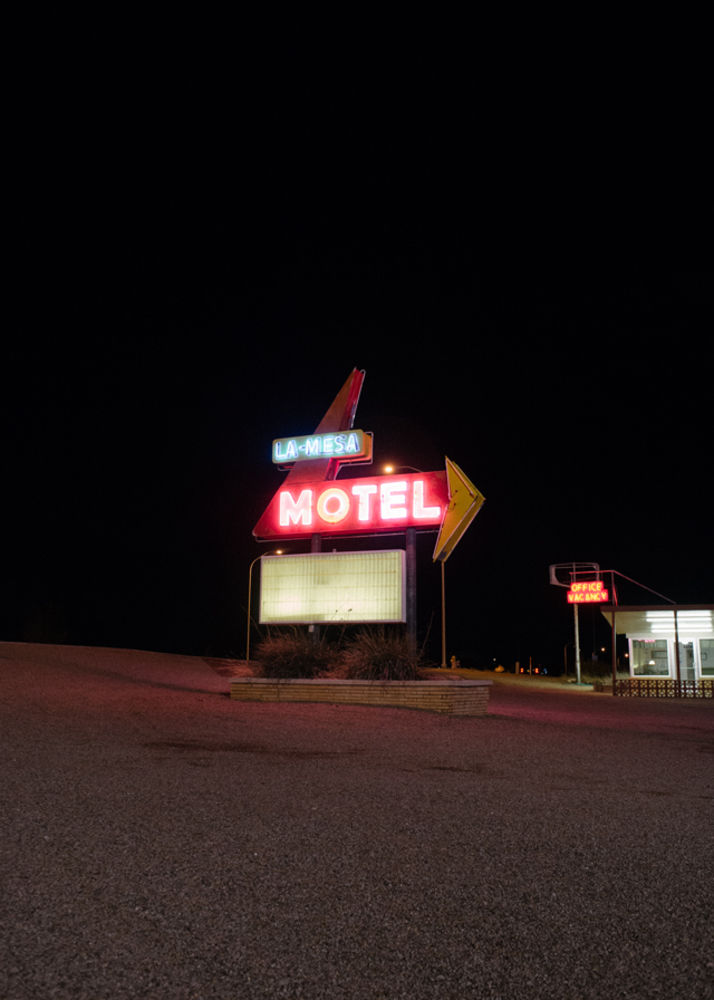 The partitioned sheds we call motels hide handily in the darkness while their signs do the talking. Well-kept motel signs in cities like Miami, Denver, Las Vegas, and all along Route 66 display some of the jauntiest, most inventive roadside silhouettes and letterforms anywhere, and themes range from medieval times to old Tangiers to bygone visions of space travel. Though no classic motel sign still standing quite meets the lofty Googie standard of the fondly remembered Holiday Inn “Great Signs”—complex, expensive, and highly inefficient beasts of metal and neon—many come close in spirit. This awkwardly exuberant pre-Jet Age arrow and its blank marquee ambiguously beckon wary travellers to the spartan rooms of a flimsy sixteen-room motel. Both look significantly less attractive by morning light. 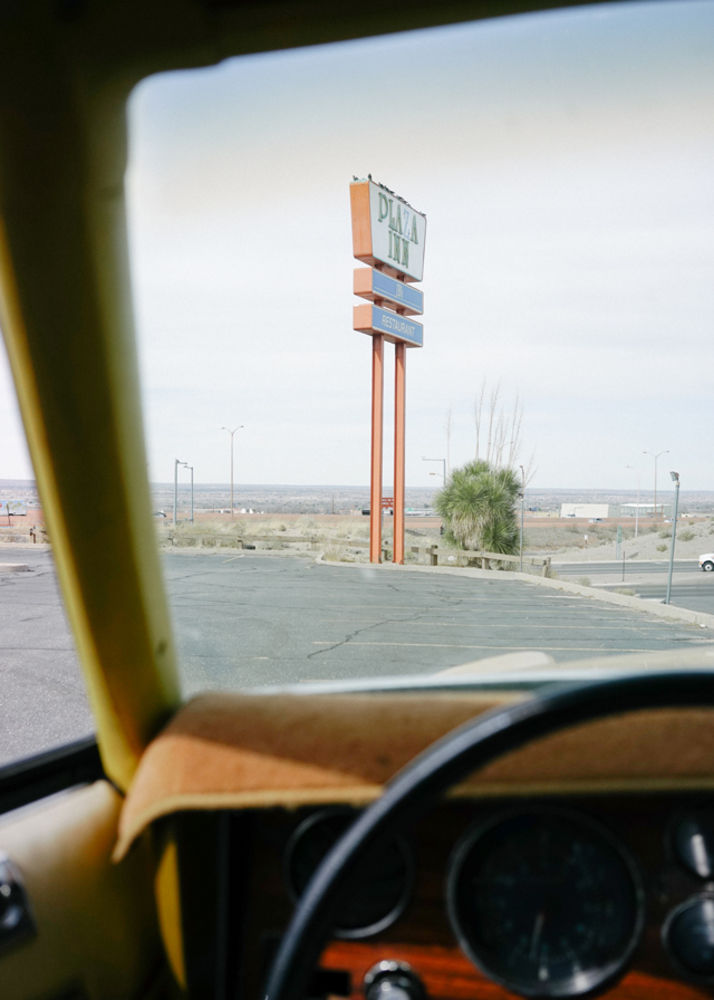 With the arrival of the Interstate in the 1960s, the landscape suddenly moved by much more quickly. In order to draw in passersby at 70mph, visibility and quick legibility became critical, and so clearly branded signs on stilts popped up near every off ramp. Most announced petrol stations, such as the ubiquitous backlit blocks spelling out S-H-E-L-L or the navy-on-orange spinning “76” orbs, and were early versions of the omnipresent corporate signage of today. This humble, almost anonymous sign for an inn dates to the early days of Interstate 25. It was shot in late 2015, just before the sign was decommissioned. Its top has since been sawed off and replaced with the logo of a multinational chain. 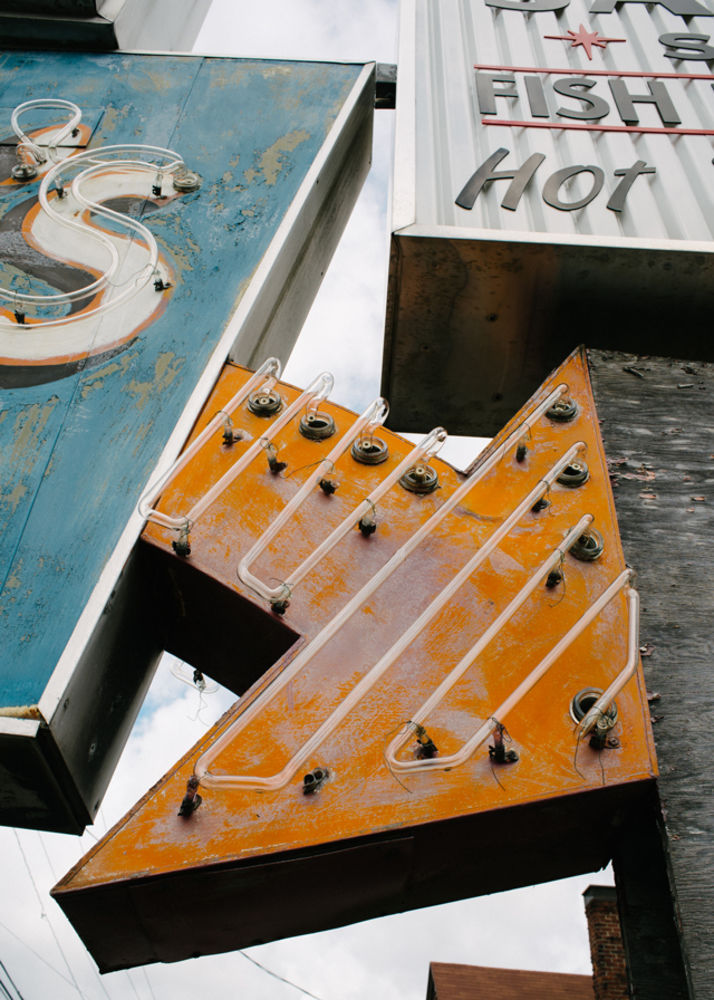