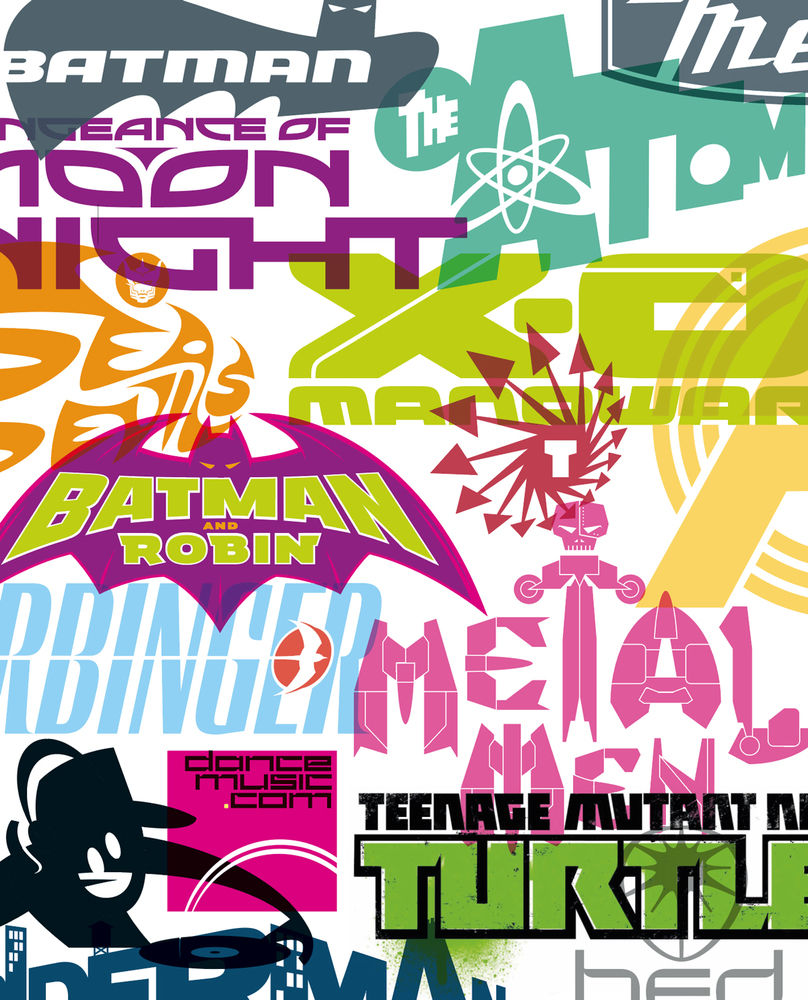 As well as running his very successful type foundry Device fonts, Rian Hughes is a graphic designer, illustrator, comic artist, author, and typographer. His latest book features a collection of the huge body of work created for a raft of entertainment industry clients. We gave him the difficult task of picking just five of his favourite things from the book, and here are the results… 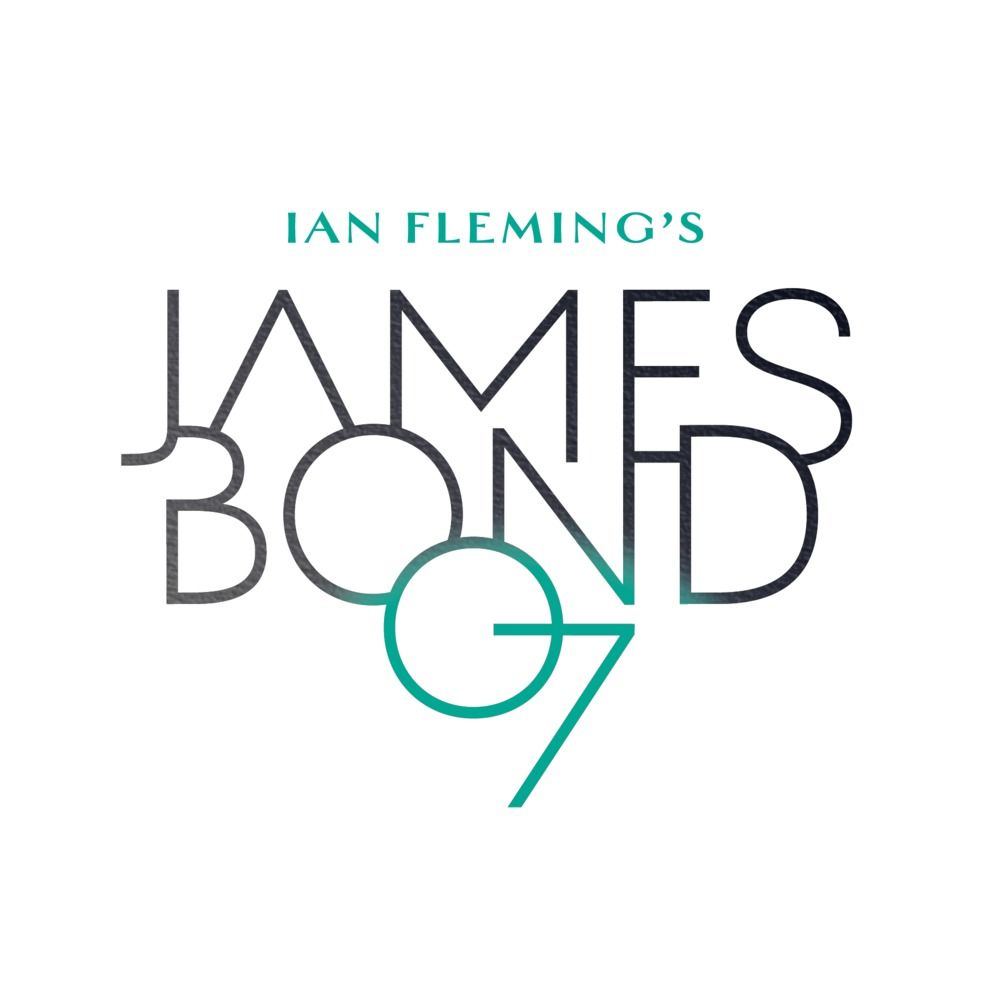 Dynamite Comics commissioned Warren Ellis to write a new James Bond comic series based on the novels – the Bond of literature, rather than the Bond of the movies. I was asked to create the logo, cover template and interior page templates that would be used each issue by Dynamite’s in-house designers. The logo needed to be elegant, sleek and masculine, like a bespoke gentleman’s outfitter or high-end automobile livery. Having emailed over the concepts, I had a meeting with the Fleming Estate at The Society Club, a bookshop/café in Soho. We spoke for an hour about the films, the books – in fact, everything except my designs. Then, in passing, it was mentioned that they liked the logo, and that it was approved. And then we didn’t talk about it again. I hope the chosen design manages to be sophisticated without being feminine, hard-edged without looking like a Fast and Furious franchise. Understated but self-assured, just like Bond. The colour touch in the logo serves to differentiate ‘007’ from the name, and was keyed to the art each time. The credits, ‘Ian Fleming’ strapline and indicia are all set in Clique, one of my own Device designs. 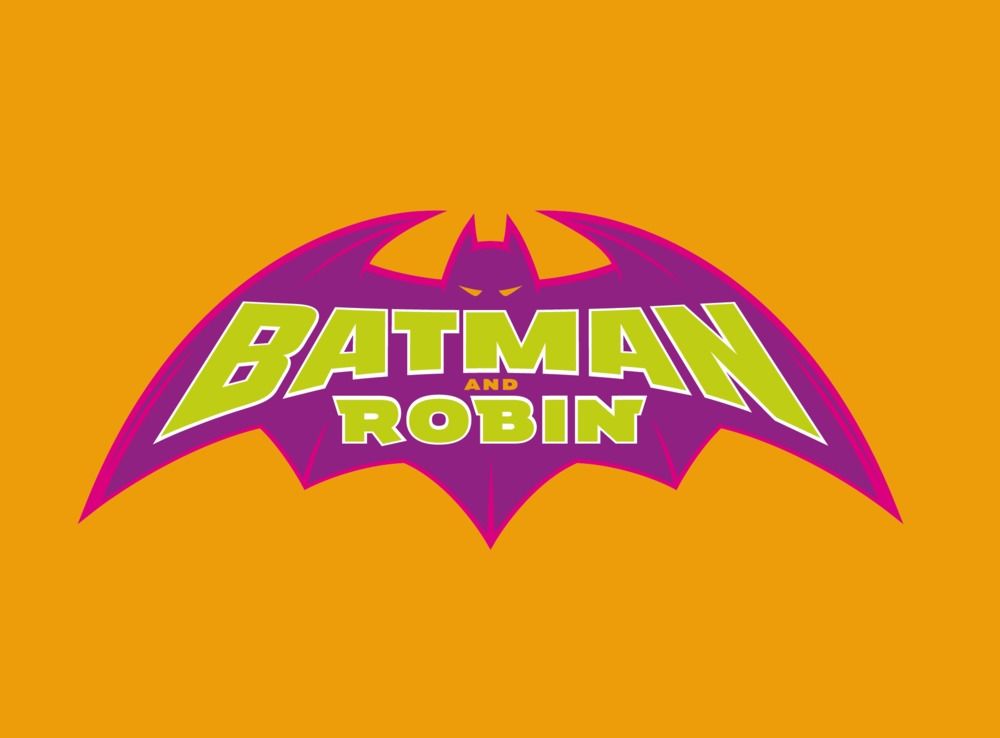 For Grant Morrison and Frank Quitely’s ongoing Batman and Robin title, Grant sent me scans of late 1950s and early 1960s Batman covers that had a strong, flat, pop-art look. This was my starting point. The final logo has heavy block capitals with a curved baseline, and the angled ‘B’ and ‘N’ were achieved by sloping the mirrored ‘A’s while keeping the ‘T’ and ‘M’ upright. This enabled me to elegantly fit the type within the Bat shape without arbitrary distortions. ‘Robin’ is set in a matching heavy sans with a serif on the last ‘N’ to mirror the extended stroke at the top of the ‘R’. I supplied a number of colourways that used the limited palette that 1960s printing allowed: CMYK values that mix 100%, 50% or 25% values of each ink with no gradations and few tertiary colours.

Nickelodeon had recently acquired the Teenage Mutant Ninja Turtles and planned a new CGI animated show to air in 2012. Donatello, Raphael, Michelangelo and Leonardo were to be spruced up for a new generation, and it was felt that most of the earlier logos were now too old-fashioned and overtly cartoony, unsuitable for a more contemporary, slightly older market. Spray paint stenciling and weathering conjured up the show’s gritty urban and sewer locations, and the classic Turtle-green colour served as a visual link to the original design. The final logo was used for the titles of the TV show and across all the merchandise and advertising. It was also extended into a custom typeface: the full font incorporated all the necessary accented characters, ligatures and other glyphs required for the localisation of an international TV series. 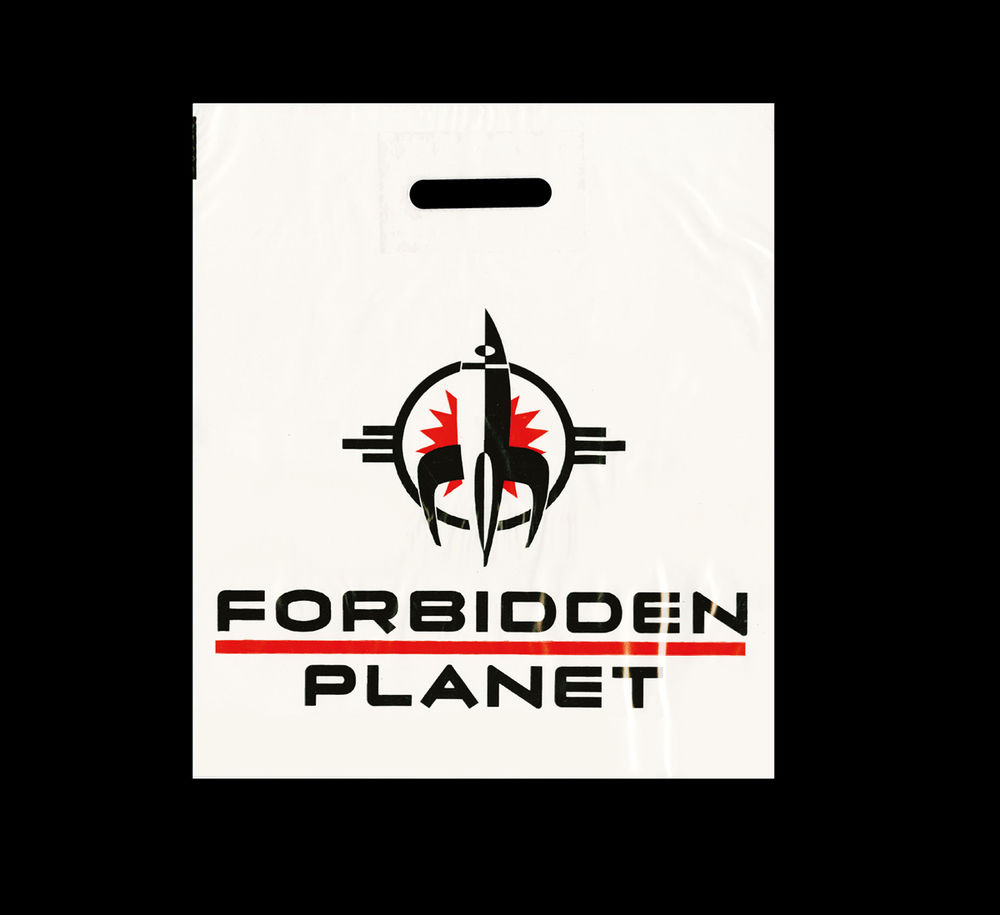 Named after the 1956 film, Forbidden Planet is a chain of shops with branches across the UK, Ireland and the US. The first small shop opened in 1978 in London’s Denmark Street, where I first discovered its trove of imported US SF books, magazines and comics during the school holidays. As the scope of the store expanded to embrace film and television, a second store was opened around the corner on St Giles High Street. Titan Books started their publishing business in the cramped basement. In 1986 the shop relocated to a ‘megastore’ in New Oxford Street, at which point it was time to design a logo to replace the Compacta that had been used previously. The extended type style owes much to Aldo Novarese’s Microgramma, a typeface that I remember from Gerry Anderson’s TV shows and “Countdown” comic. Its ‘obround’ extended design projects a modernist futurism that, at the time I designed the logo, was very much at odds with the prevailing letterspaced and condensed styles. The lettering has recently been adapted into the “Metaluna” type family of 6 weights. 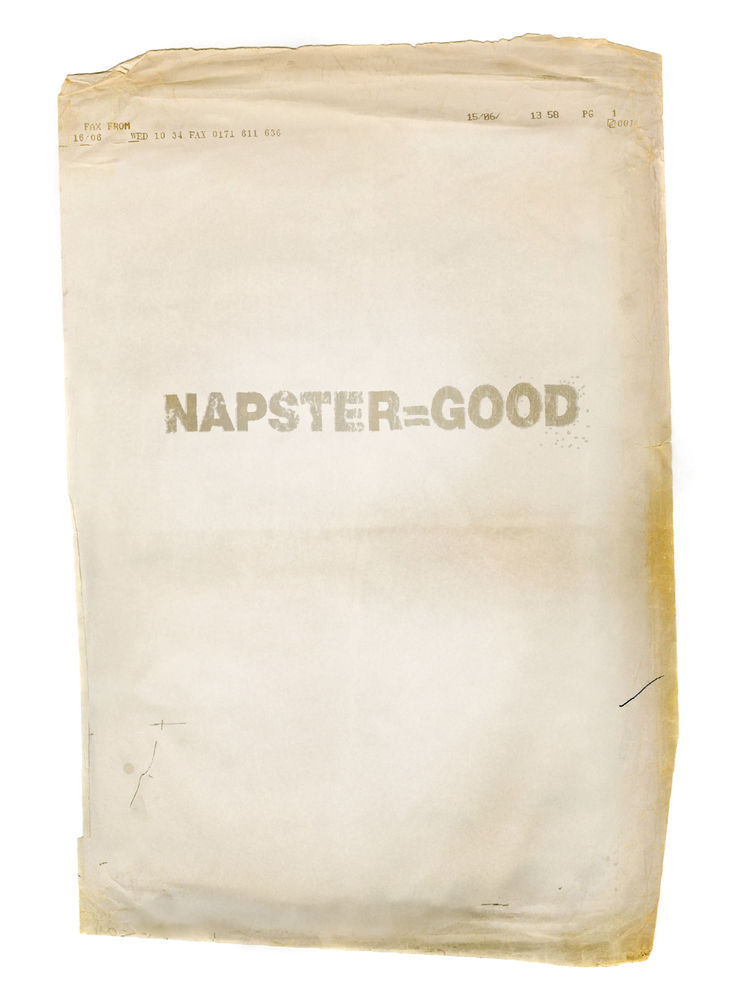 I received an email out of the blue asking me if I’d like to look at redesigning the Napster logo. At the time I was working for many clients in the music industry, and had seen first-hand how file-sharing had pushed bands’ often slim revenues over a cliff. While some argued that greedy record companies could afford to take a hit, many musicians who barely broke even lost their livelihoods almost overnight. As someone who relies upon robust copyright laws in order to protect my own intellectual property, I felt that in all good conscience I couldn’t work with them. I faxed them an article that had appeared in that week’s New Musical Express that was strongly critical of Napster, Limewire and other similar file-sharing services. The cover read: “Napster — Game over for the music business?” The fax shown above was waiting for me the next morning.

Rian will be giving a talk and signing copies of his new book at Gosh Comics in Soho on Thursday 15th March. Details here.