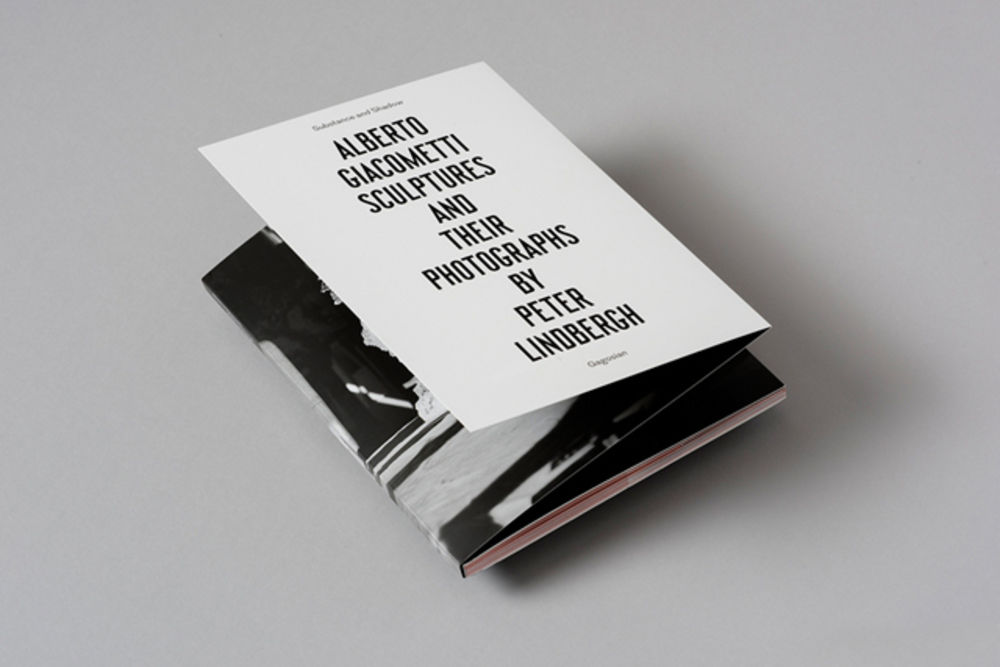 Atelier Dyakova have built an impressive reputation for first-class book design over the years, and their latest publication is no exception. Created to accompany Substance and Shadow: Alberto Giacometti sculptures and their photographs by Peter Lindbergh, the current exhibition at Gagosian in London, the book showcases a selection of images of Giacometti's sparse, figurative sculpture alongside photography of the works taken by Lindbergh. The photographs were taken last year, after Lindbergh was invited to shoot the range of Giacometti bronzes and plasters in the collection of the Kunsthaus Zurich—the largest and most important collection of Giacometti works to be held by a museum.

Atelier Dyakova first began working with Gagosian five years ago, when the studio was commissioned to design a book that documented and celebrated an exhibition of the work of Michael Craig Martin at Chatsworth House, Derbyshire. Since that first project, they have gone on to work on a range of other publications and invitations for the gallery, for artists including Albert Oehlen, Thomas Ruff, Pablo Picasso, and Balthus. For this latest publication, the studio's design approach was informed by the way in which Lindbergh's photography frames and re-contextualises Giacometti's sculptural work.

The dramatic, wraparound cover for the publication provides a tactile entry-point for the reader, "imagining photographic images by Peter Lindbergh as shadows travelling across surfaces," Dyakova explains. "Artists often ask photographers to document their work so that it gives them another perception, another point of view, another context," she adds. "Peter's images literally form a structure around the publication, so it immediately becomes an intriguing object rather than a simple book." 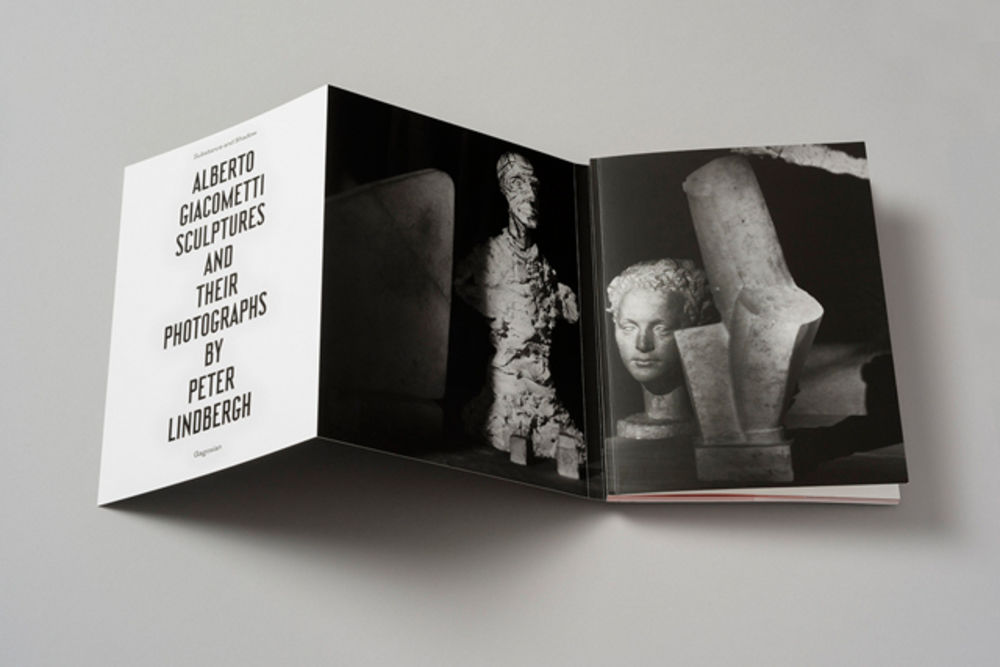 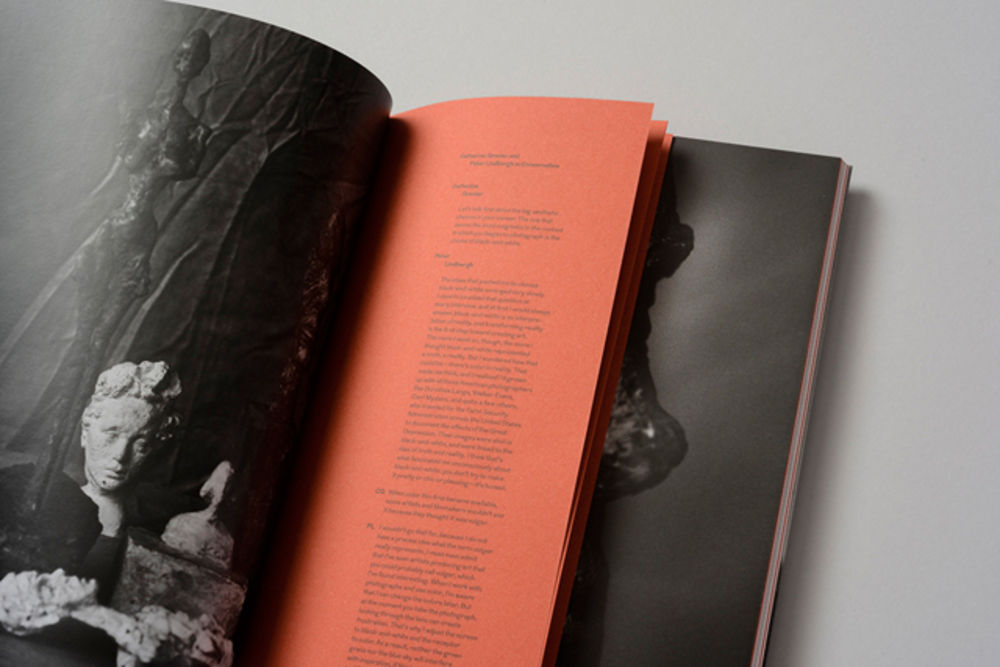 Both on the cover and inside the publication, typography plays an important role in reflecting the form and feeling of the works within. "We chose a condensed typeface, as it really conveys the character of Giacometti's sculptures—the elongated, skinny shapes of human figures," Dyakova explains. "The centred type is accentuated by the white space around it to create a silhouette, both on the cover and inside the book."
To act as a counterpoint to the monochrome images throughout, Atelier Dyakova chose a warm terracotta highlight colour for use on text pages and section openers. "We felt that an intervention of colour was needed between the sculptures and the photographs," she explains, "to create a dynamic pace and fuse the relationship between the two. In the main section of the publication, the text appears only on terracotta pre-dyed paper, leaving the images to be free of distraction. The cut-short pages added motion or movement to the sequence of images."
When it comes to designing an art book such as this, Dyakova believes that building a nuanced understanding of the work at hand is paramount. "Identifying the essential elements and characteristics that define the artist and their work is the first point of call," she says. "These guide us to find creative ways of representing the work that would be unique to the subject matter." 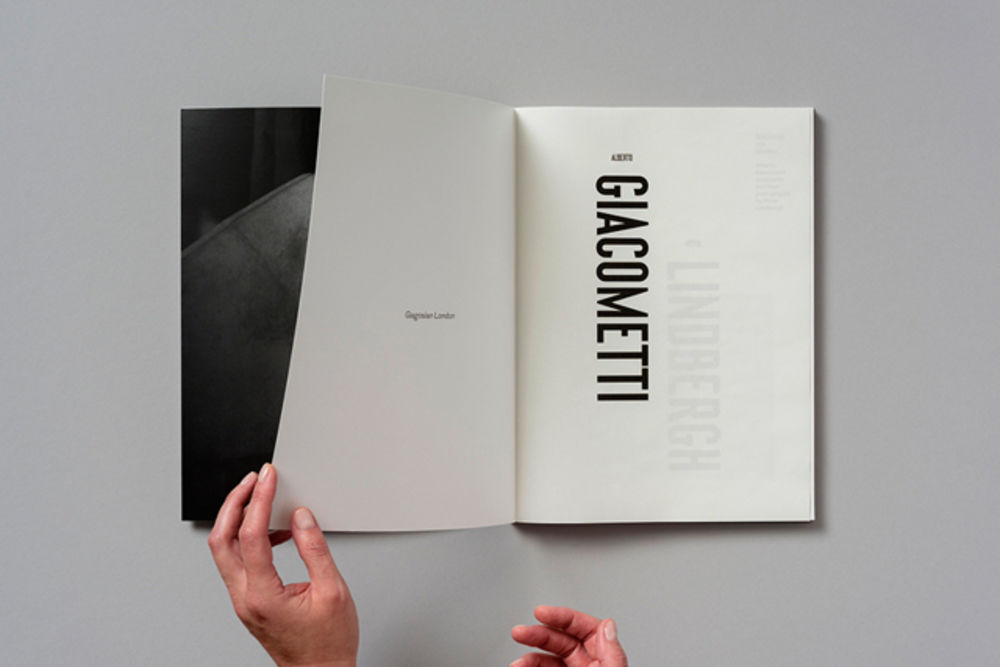 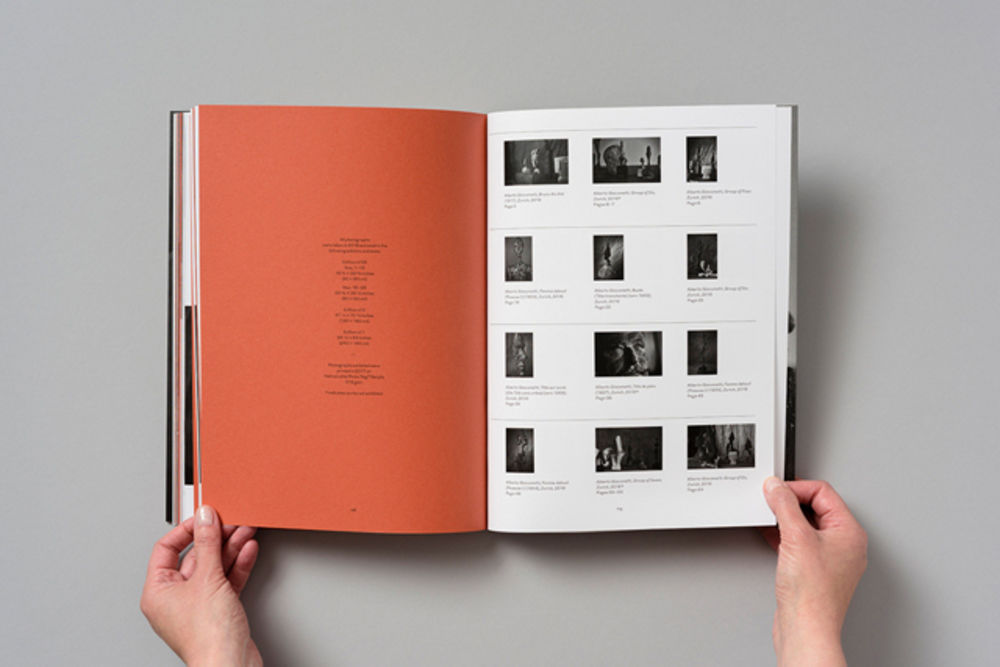 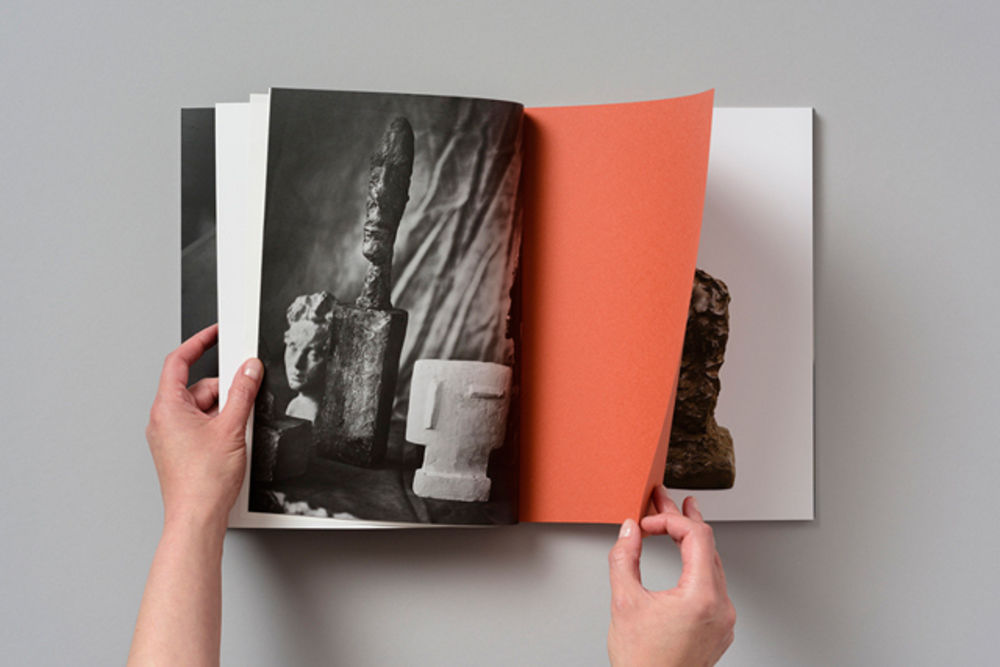 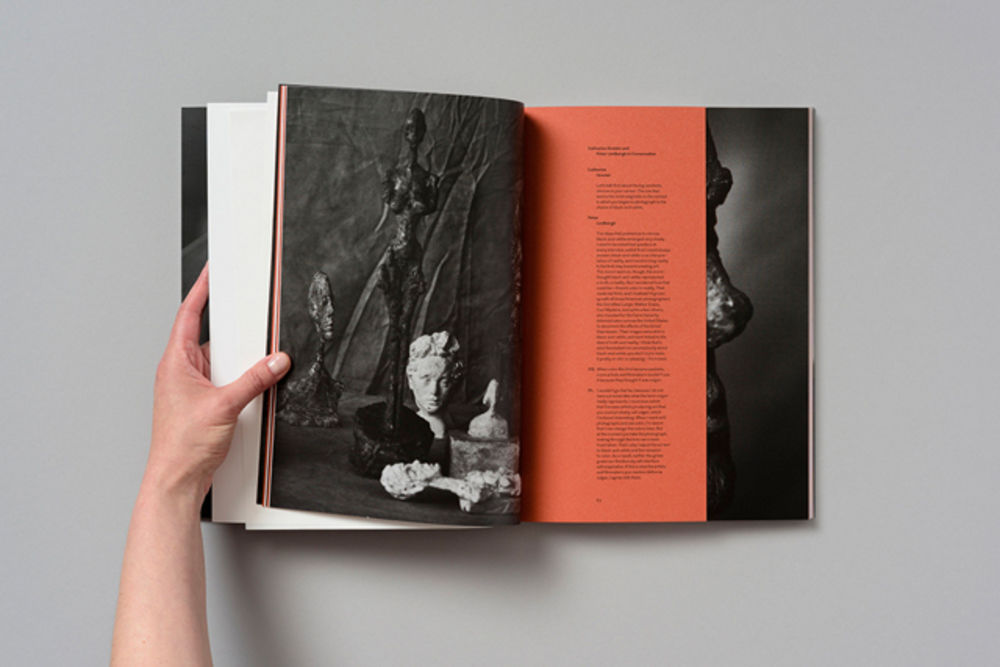 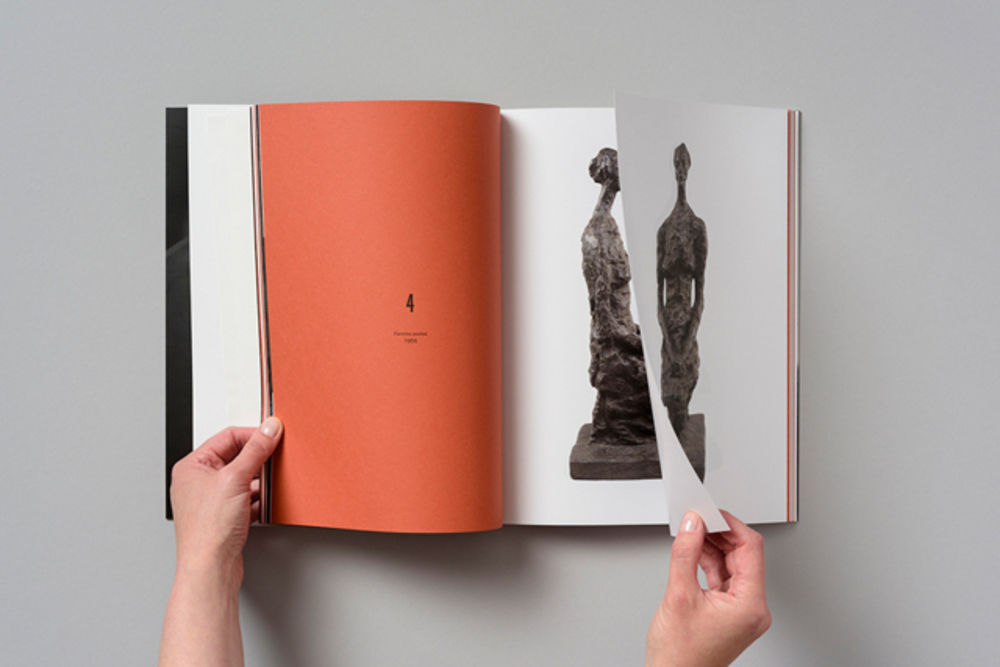 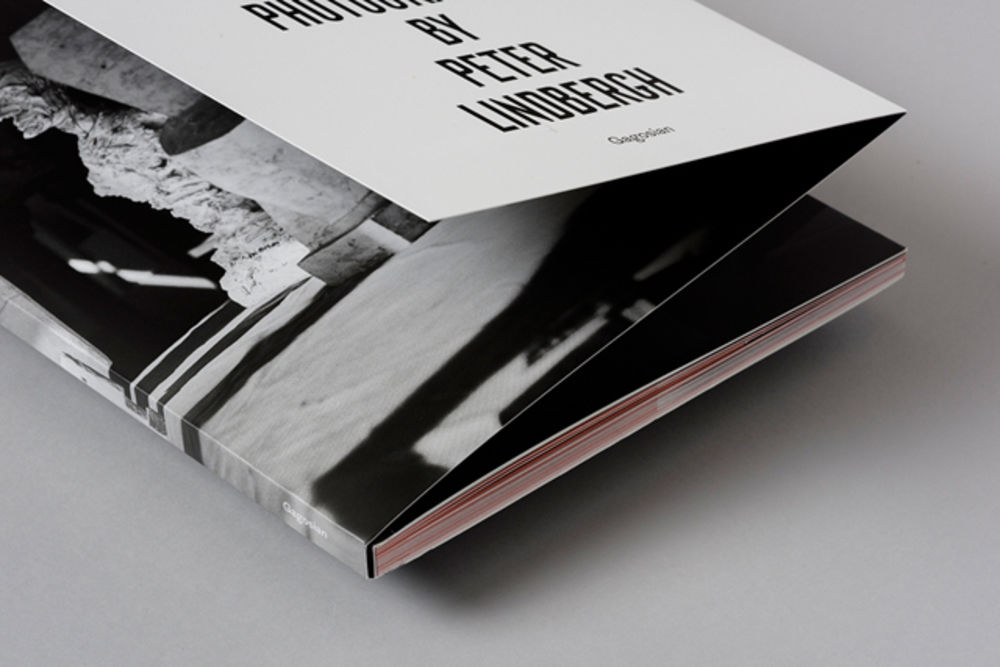 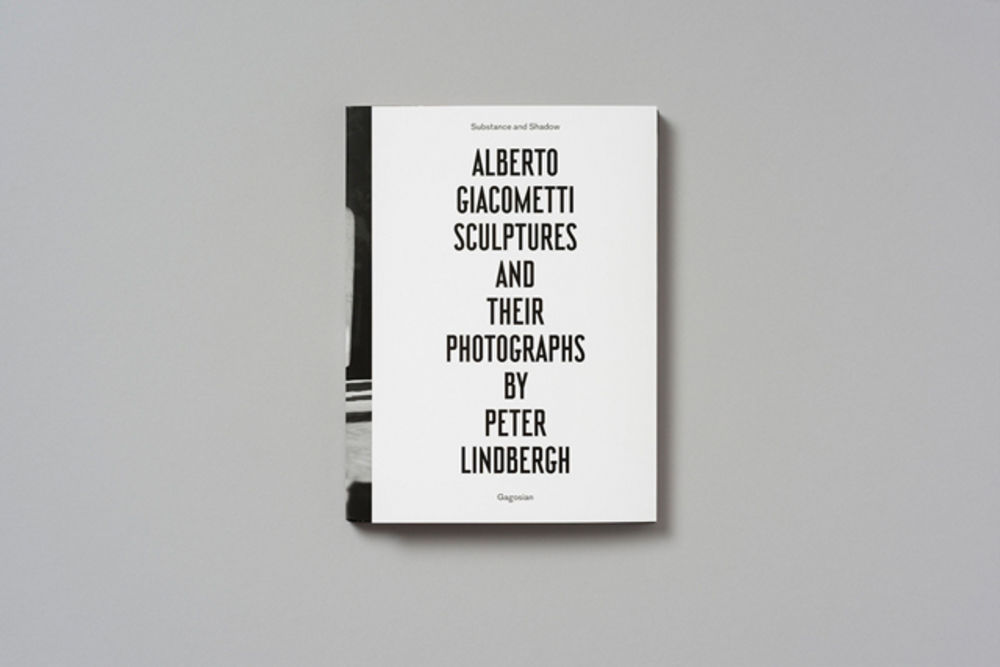