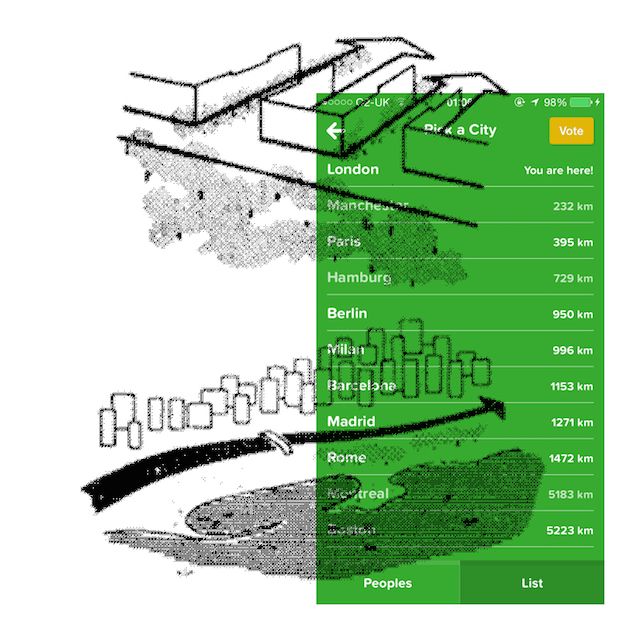 I was born, raised and attended both school and university in medium-sized towns outside of London. It wasn’t until September of last year that I moved to a part of the city that had a discernible infrastructure. It was at this point that I first discovered Citymapper.

If we look at American urban planner Kevin Lynch’s most influential work, The Image of the City, we find a series of questions that prod and probe the subject to define their connection to the town in which they live their daily life. For example, whether they have a certain emotional connection to a part of their journey, if there are sights and smells on the way to work that paint the area a certain colour in their mind, etc. These questions point to an idea of a life without wayfinding, rather in Lynch’s own words, “a consistent use and organisation of definite sensory cues”. Wayfinding reduced to the things we recognise on a personal level.

All of the ways in which I would navigate the spaces I grew up in were centred around sensory reception. For this reason I find a certain affinity with Lynch’s approach to a specific way in receiving our environments.

With Google Maps we find various ways in which we can see our city – a series of lines, an aerial view, even a 3D perspective. Pair this with Citymapper, an incredibly powerful tool that will give us a multitude of routes sorted by the time they would take, we are being given (quite literally) a very new image of the cities in which we live and work.

That which occupies the space between A and B is relegated to an afterthought in an age of convenience, the sensory cues that Lynch wrote about at risk of becoming collateral. As important as convenience is with regards to arriving somewhere on time, the beauty of affording yourself the luxury of interacting with one’s surroundings is easily lost when your route is dictated to you with unfaltering accuracy and detail.

We need to allow ourselves to get lost in our cities, in much the same way one would get “lost in a good book”; it is becomingly increasingly difficult to do so. To lose that ability would be to lose a unique, personal experience of our environment.

…is a graphic designer living and working in London, interested primarily in typography, type design and web design and development. Specialising in self-initiated and collaborative work which addresses literary, visual and performance arts, Kia has recently been working on the Dreaming of Streaming website with Andor Gallery.

…is a London-based transport app that provides users with information on different ways of getting from A to B, letting the user know how long and how expensive a journey will be via bus, train, taxi, cycling, walking and… jetpack or teleporter. Helpfully, it also lets the user know how many calories can be burnt during a journey using a certain method of transport (presumably the reason why no one travels via teleporter).