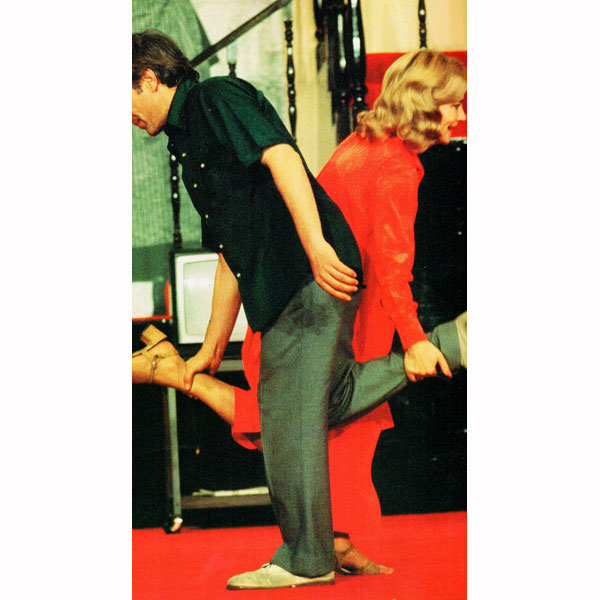 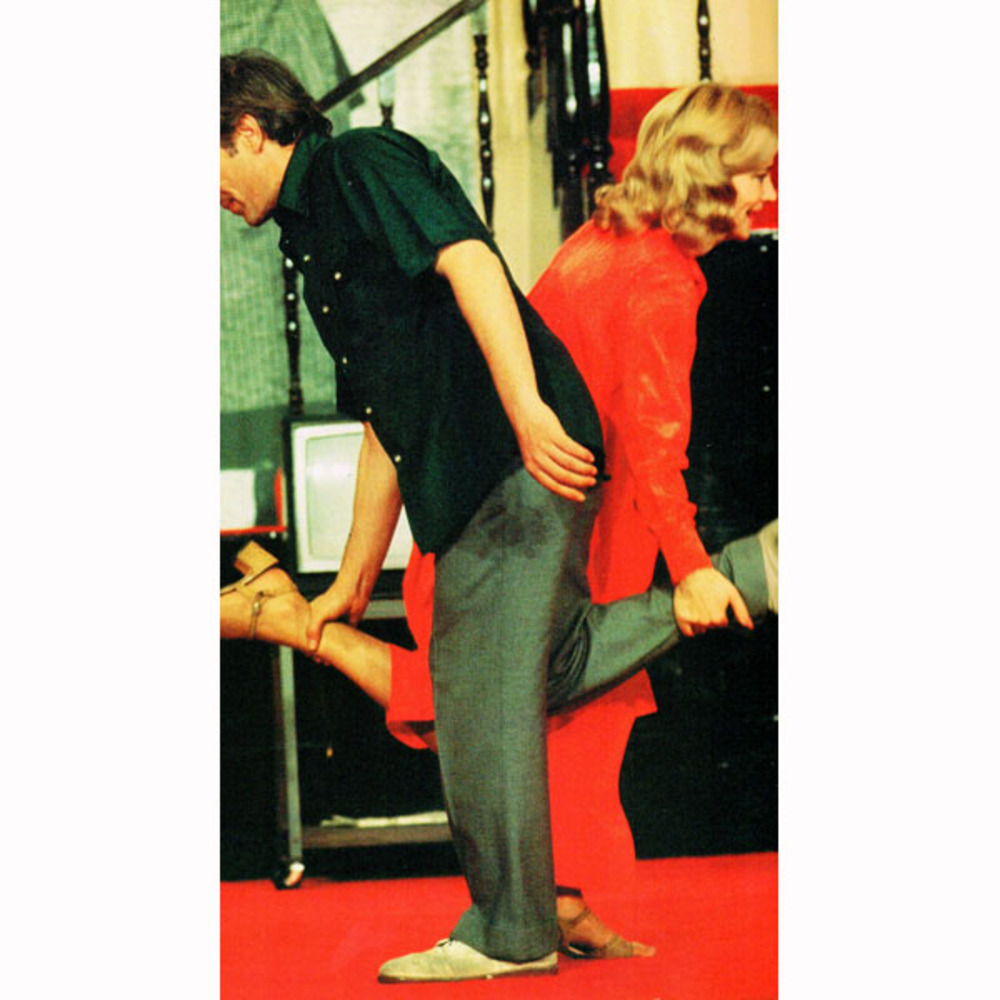 This is a frame of John Cassavetes and Gena Rowlands from Cassavetes’ movie Opening Night, one of my favorites. For years it has been an unspoken point of reference of mine and a reference for our studio: a beautiful entanglement of clunkiness and lightness, a miniature network of energies, a perpetual attempt to connect, an unpredicted shift.

The end of Opening Night is unexpectedly uplifting. The actors improvise, change the script of the play they are in, refuse to play predictable roles of an aging, bickering, emotionally dead couple. Instead they mould the structure of the play to challenge, surprise, and enjoy themselves. They start simply by practicing a new way of greeting (shown here), supported by a bit of confidence in one another. An attitude not so foreign to the working of our design studio, both among ourselves and between us and our clients.

The same year Opening Night came out —1977 — Hayes developed the first 300 baud PC modem for computer hobbyists. The following year, 1978, the first Bulletin Board System was developed during a snow storm in Chicago. Today as online users grow more and more involved in the creation and manipulation of digital content, designers are inevitably learning how to make design that expects its own evolution over time. Having been interested in this idea of "ever shifting design" since the late 1990s when I started exploring it in graduate school, I’m lucky to be pursuing it daily in professional practice.

Even though change is a ubiquitous condition, we’re fascinated by it, and we try to embed an acknowledgement of this condition into our working process, and into the software and designs we develop. Change can be visualised as some spiderweb graph of network lines of influence seen from the top down; or enacted as a "disruptive" business plan. But often we'd rather think in human terms, and even in terms of the absurd: the pleasure that comes from balancing prediction with ‘unprediction’, and from putting ourselves in a user's shoes.

Ward Christensen and Randy Suess revealed their invention of the computerized bulletin board system (CBBS) in Byte magazine in 1978. These simple text exchange systems where based on the notion of the supermarket community notice board and laid the ground for all current forms of blog, forum and social network as well as, ultimately, the Web itself.

...had very few successful opening nights. On its initial showing in Los Angeles in December of 1977 it played to a practically empty house and the movie closed after two months. It received a similar reception in New York in the spring of 1978 and wasn’t properly distributed until 1991, two years after the director’s death. Though critics later warmed to the film, contemporary reviews were either unfavourable or non-existent. Variety wrote at the time: “Cassavetes’ highly personal work will please his coterie of enthusiasts, but for general audiences it will be viewed as shrill, puzzling, depressing and overlong.”