The question of how to shape yourselves and evolve as a design studio can be daunting to the point of inertia, and the temptation to ‘let nature take its course’ more overwhelming than the desire for self-analysis. For London-based Kapitza, certain aspects of their set-up have always been clearly shaped — they’re sisters, originally from Germany, both came to London in search of broader cultural horizons, and they each bring different skills to the Kapitza equation. The last six months, however, as they hit their ten-year anniversary as an independent studio, have proved a defining moment in the Kapitza story.

London is exhausting, but it always gives you a kick... As soon as you rest you stop being creative. It gets too cosy and easy.

Sisters Nicole and Petra Kapitza grew up in rural south-west Germany, in Orbendorf near Stuttgart, where the comfortable existence that cosseted some of their classmates to stay in the local area was the catalyst for them to take wing and seek new places and experience. Like many creatively-minded individuals both sisters thrive on a challenge. “If you stay there your life is all mapped out for you — cosy and affluent,” says Nicole of their home town. “It’s not a bad life at all, but if you are creative there’s no outlet for that even in the nearest cities. I studied in Stuttgart but I didn’t like it at all. I finished my course and when I came to London to visit Petra I was, like ‘woah’ — it was mind-blowing”.

“London is exhausting as everyone knows, but it always gives you a kick, you can’t rest,” joins Petra. “And as a creative person that’s very important. As soon as you rest you stop being creative. It gets too cosy and easy.” 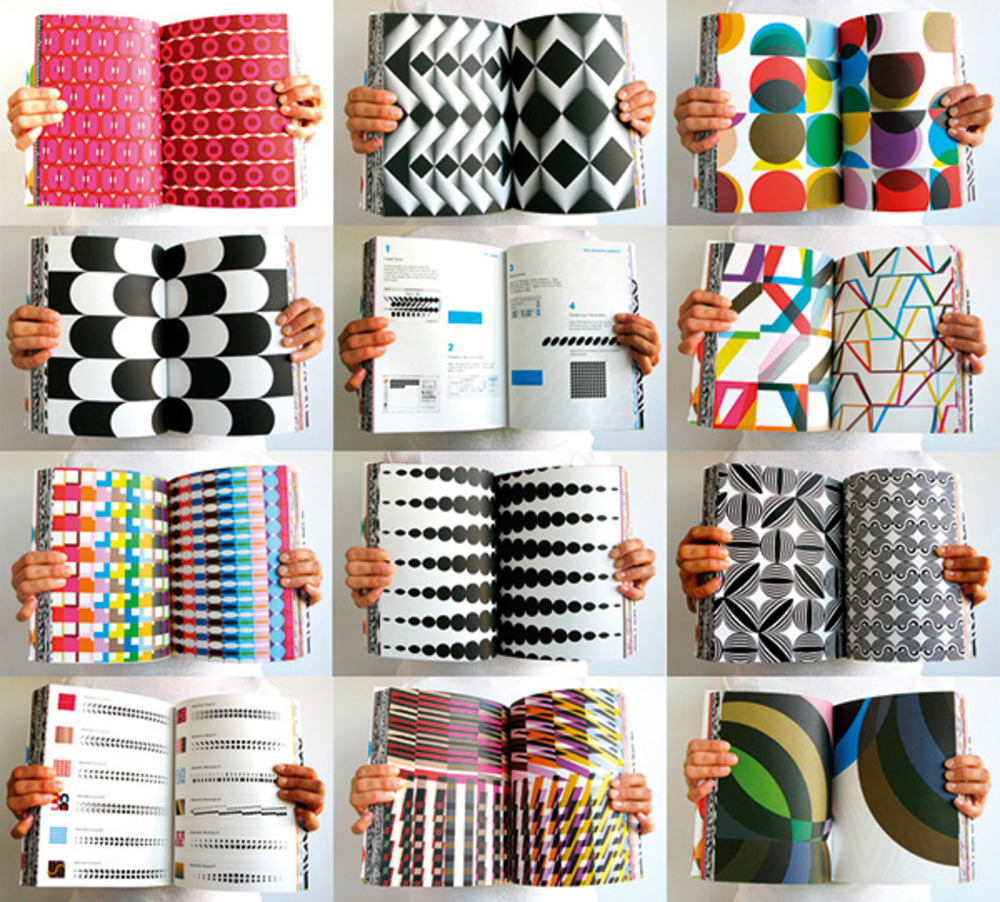 Younger sister Petra had already made the move to London in the mid-nineties, to study shoe design at London College of Fashion after attending art college and working at an advertising agency in Germany. Both sisters developed an early love for working with computers at a time when digital technology in design was still experimental and undefined. Petra’s affinity with digital methods did not chime especially well with the craft-led practices on the shoe design course and she left it after two years. “It was a messy process,” she recalls, “the glue would go wrong or whatever, and that would ruin the whole thing for me. Someone else might be less perfectionist but I would have to start again. That’s why the computer is great — you can be as messy as you want and still make it perfect.”

There was never a time when I learnt to use software… it was always learning by doing, using the software in a different way, playing, using it as a tool.

Meanwhile, Nicole studied graphic design and illustration at the State Academy of Fine Arts in Stuttgart where a major influence was her tutor Heinz Edelmann (creator of the Yellow Submarine illustrations). After that eye-opening visit to London, Nicole followed her sister across the channel to study as an exchange student at Camberwell, which, she says, gave her a completely new set of influences. By now she was also inspired by working digitally. “We were [both] always really interested in digital,” she says, “even when I studied illustration I did a picture font. The course wasn’t teaching that at all, we did nothing whatsoever on the computer, it was all handmade but friends of mine who were typographers started doing fonts and I thought that was amazing. So at college even, I did a picture font”.

That early example of a picture font was prescient for the work that would follow when the sisters joined forces and opened the doors of their own studio in 2004. After their studies in London Petra and Nicole had jobs at various studios in Germany and the UK, including a formative stint for both sisters at Pixelpark in Berlin, the international company that was, in those early ‘new media’ days, a pioneer in creative digital media. “It was all pre-websites,” says Nicole, “all CD-Roms. We found that really exciting. After I finished my course I read an article about them so we both applied and worked there. With that experience it was easy to find work in London.” They also worked variously at MTV, SYZYGY and the BBC (where Petra was part of the team that launched BBC News Online).

Having grown up professionally at the same time as digital technology means that working with computers is fundamental to the Kapitza sisters — technical knowledge and expertise are a hugely important part of their practice, as well as illustrative patterns and organic surface design that we might readily associate with Kapitza visually. Further, cutting their teeth at the same time as the technology was being developed and thus being part of the generation that defined its most creative uses, means that it is second nature to the Kapitza sisters to subvert, hack and adapt technology — or any other systems — for that matter.

“For me there was never a time when I learnt to use software,” says Petra, “never did the ‘proper’ Photoshop course or whatever. It was always learning by doing. Often using the software in a different way, not necessarily knowing how you were supposed to use it but playing with the fonts, making patterns, using it as a tool”.

Despite this love of the freedom and perfectionism available by working digitally, the Kapitzas are passionate about print and turned to it increasingly as the landscape of working in new media changed. Indeed it was Nicole’s work as a freelance art book designer and a collaborative book project with her sister, that helped them launch a studio together in 2004. After years working in the digital industry for other people they saw a chance to bring together their digital skills and love of printed processes as a graphic design studio. 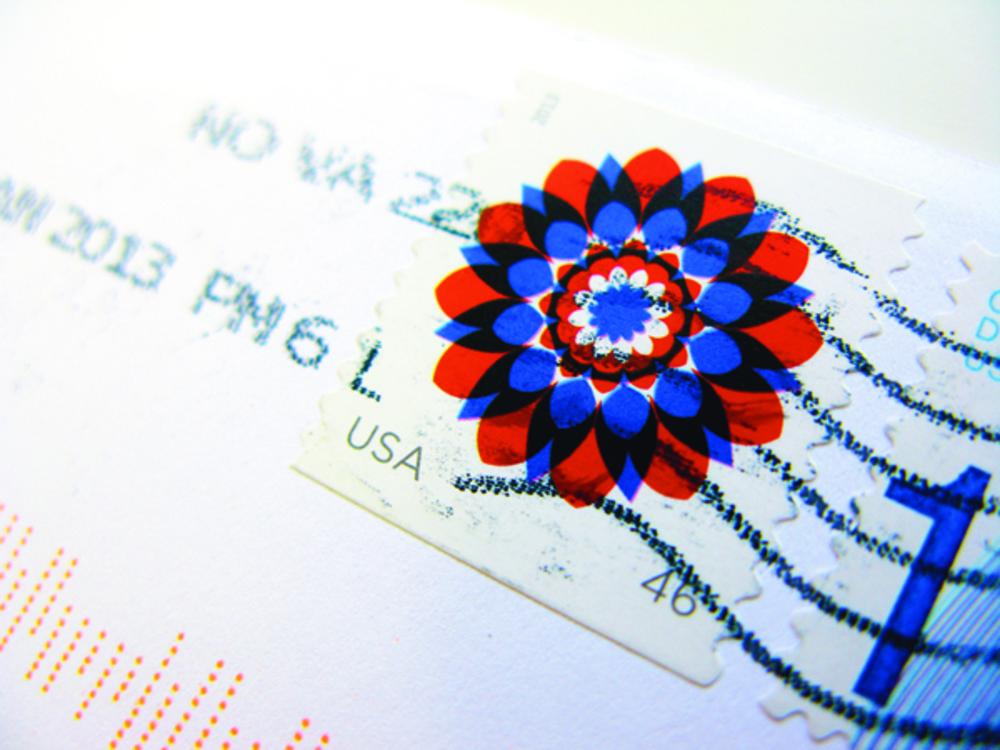 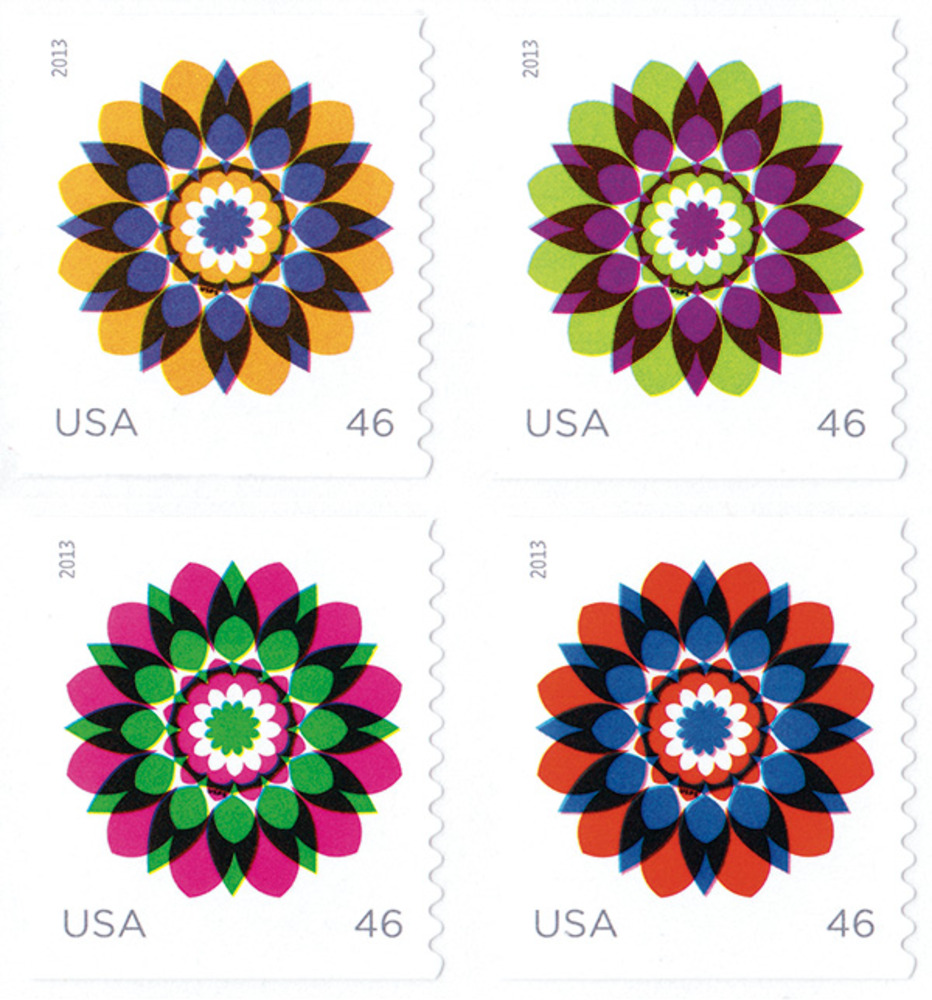 An important early commission was for a William Morris exhibition curated by David Mabb at the Whitworth Gallery in Manchester, for which Kapitza designed the catalogue, including a series of illustrations inspired by Morris. Then, Mabb invited them to contribute to the exhibition Death is Part of The Process at Void Gallery in Derry. Kapitza’s eleven-metre-long artwork Cycle included silhouettes from photographs of local people they had taken in East London. This became Kapitza’s first ‘people font’, soon followed by floral font Blossomy. Kapitza has since produced over thirty picture font families, depicting a range of themes, from people in new York, Paris and different East London neighbourhoods, to plant and flower forms, to birds, leaves and abstract shapes — the strong bias to organic forms and the natural world a tribute to the sisters’ rural upbringing.

By making these fonts Kapitza is effectively creating its own mark-making tools, almost like a painter inventing a new type of brush. The sisters use the image fonts, pushing them to new visual horizons, to create artworks that not only demonstrate how the fonts can be used by others, but also as a creative outlet for themselves, thus completing the loop back to Cycle, which inspired the fonts in the first place. “Digitally, we created the fonts and then the prints came as a way to promote the fonts,” explains Petra. “But then people came to us and asked to use [the fonts] — we realised we’re good at making graphic art, that’s our strength.” 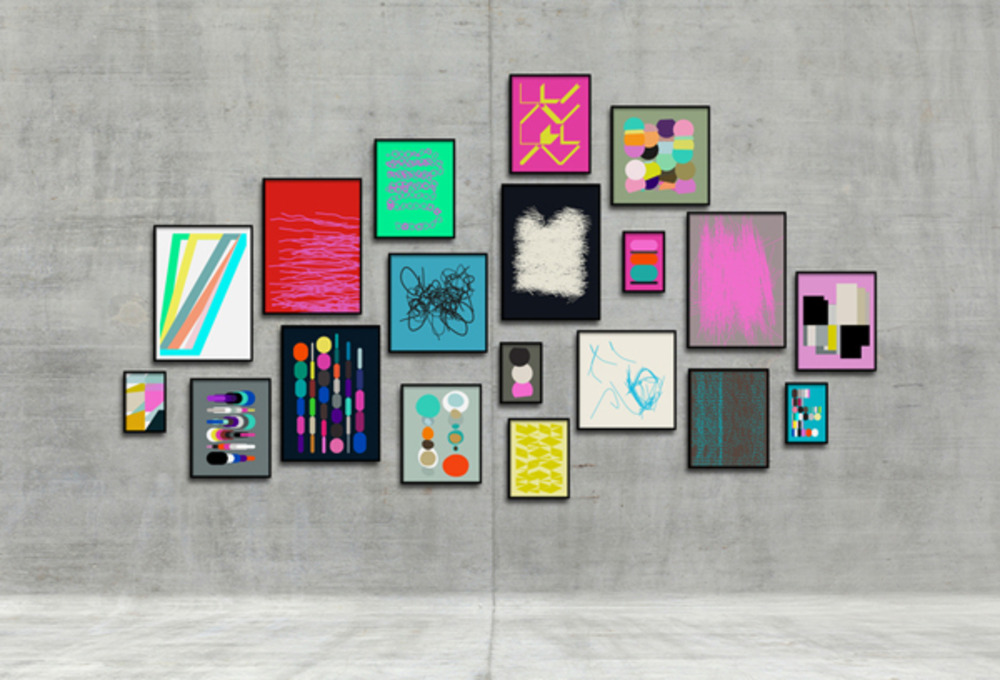 Over the years they have evolved into self-styled “pattern design experts”  and that urge to commandeer technology as a means to new ends has been applied to other systems, such as publishing. Kapitza published its first book Geometric in 2008 with German publisher Schmidt Hermann Verlag, but then went on to publish Organic and Geometric Two under its own imprint Kapitza Books. The latter was made with the help of crowdsourced funding, smashing a £12,000 goal with pledges of £16,093 in November last year. The huge daily effort of running a pro-active Kickstarter campaign, then getting the book printed and sent out (along with all the posters, cards, tote bags and limited edition prints offered as incentives) tuned the sisters in to a completely new approach to their audience. “It made us realise how important it is for us to reach out and have a conversation with people who like our work,” says Nicole. “We had such great feedback that we decided to get our work out there and to show it at fairs and exhibitions. We just came back from the Milan Design Week, which has been a great experience and we will be showing at Pulse fair here in London in this month.” Being showcased are Kapitza’s latest range of prints and also some new interior product collaborations. 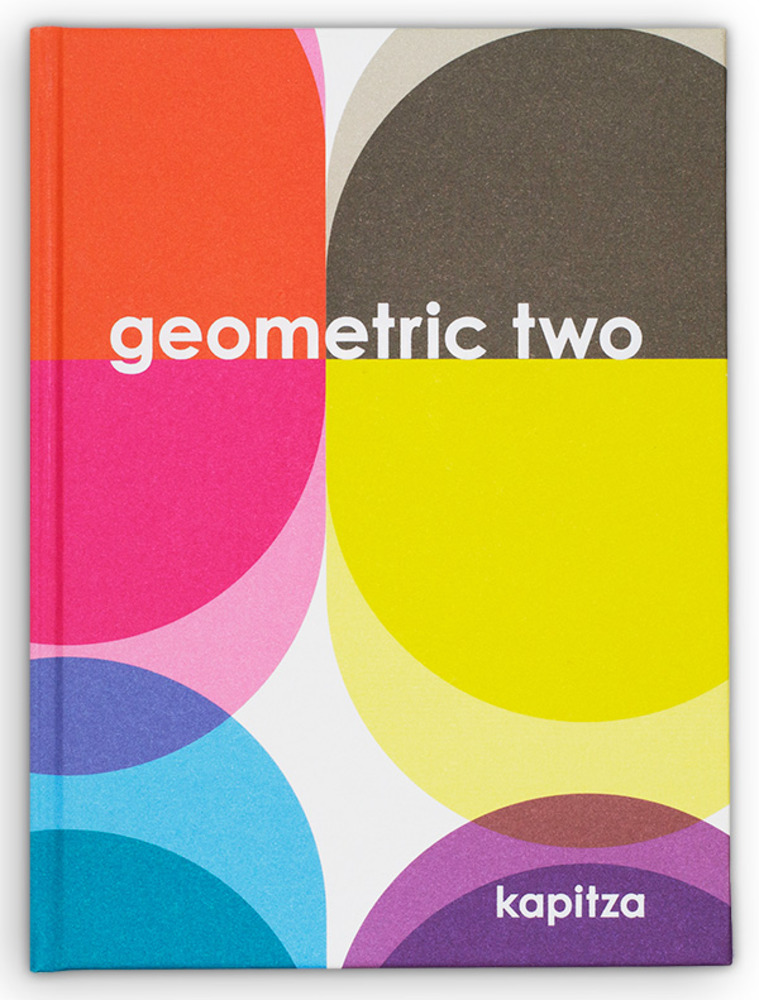 As ever, the Kapitzas are taking things into their own hands — whether it’s creating their own tools for making artworks, or co-opting the systems that allow them to publish books and fonts independently, rather than rely on outside publishers, Kapitza are sisters doing it for themselves. “Maybe its because of how we grew up,” suggests Nicole, “there wasn’t any inspiration, no-one to follow, so we always had to make up what we did. And we’re still kind of making it up”.