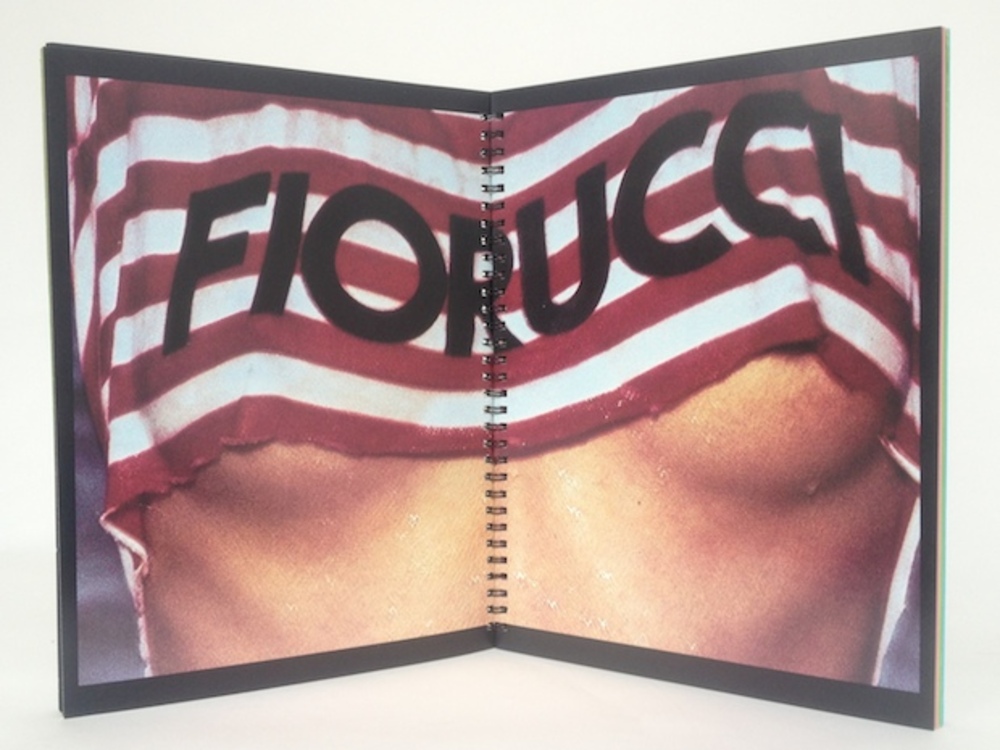 A full-bleed photograph of artist Sebastian Horsley staring into the middle distance in deep thought, perhaps even anguish, adorns the front cover. His bandaged hands, unkempt hair, and look of total loss go some way to suggest the trauma just experienced. For the next image – somewhat at odds with the modern hue of Horsley’s loosely buttoned shirt and the half-drunk Coke bottle in the foreground – depicts Horsley, clad in nothing but a loin cloth, nailed to a cross, the grim geometry outlined against a sky of clouds. The year was 2000, and in the name of art, Horsley had travelled to the Philippines to take part in a religious ceremony practiced by a small number of the community. He’d travelled there to be crucified. Sarah Lucas filmed the event and Dennis Morris photographed it. The results (from visceral shots of Horsley’s nail-punctured hands to paintings inspired by the ensuing visions) were arranged and bound to form the book Crucifixion, which was published in 2002.

This, of all things, was my first real introduction to IDEA Books. Featured as part of its weekly Superbooks email mailout, Crucifixion was in some ways quite at odds with the bookseller’s mainstay of fashion, youth culture and fetish photography. But in another ways it was a good introduction to the key narrative that runs through many of owners Angela Hill and David Owen’s acquisitions: people doing things that the majority won’t ever do, with passion, style and, most of all, conviction.

“Practically everything that we sell is pictures of people looking cool, there’s a lot of aspiration,” says Owen. “It’s how you’d like to look or it expresses how you looked when you were twenty or how you wanted to look. Sometimes it’s just the spirit. You might not want to have a Mohican or piercings but you see this picture of a person in the dole office taken in the Eighties by Paul Graham and that conveys an attitude that you aspire to.” 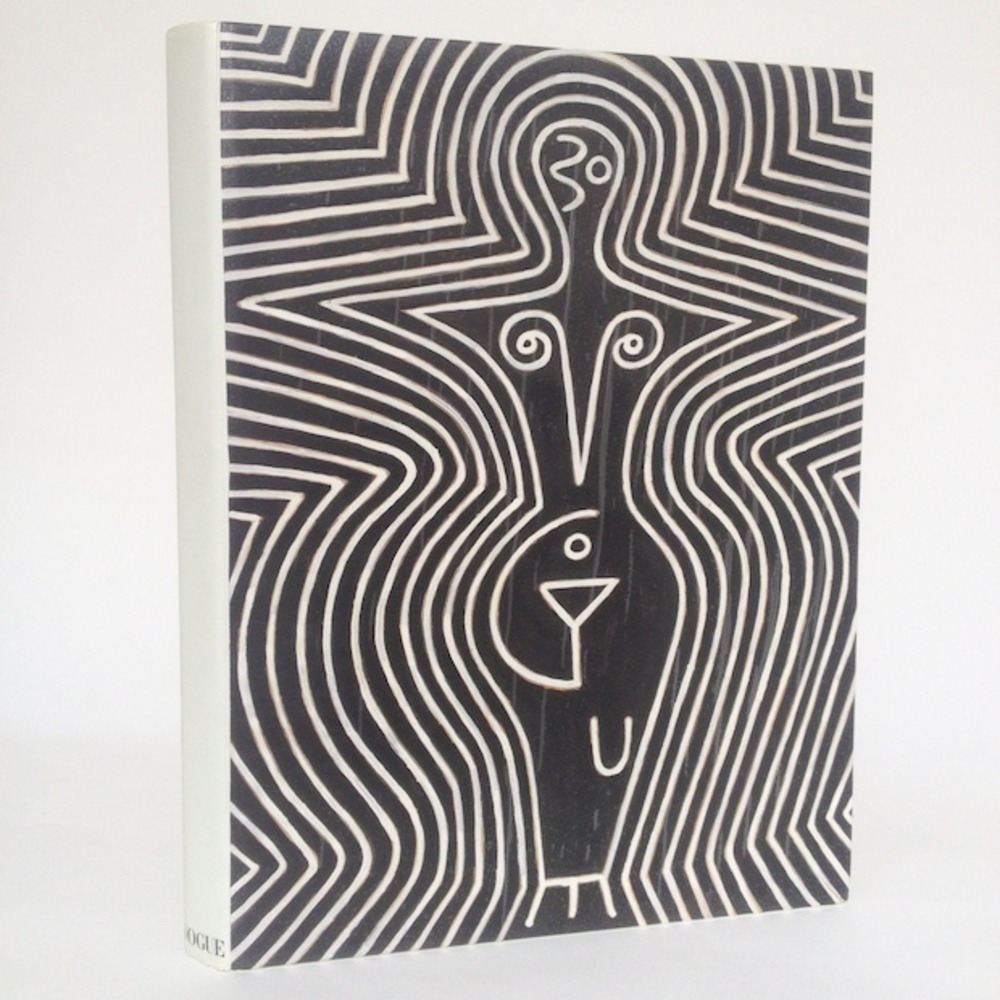 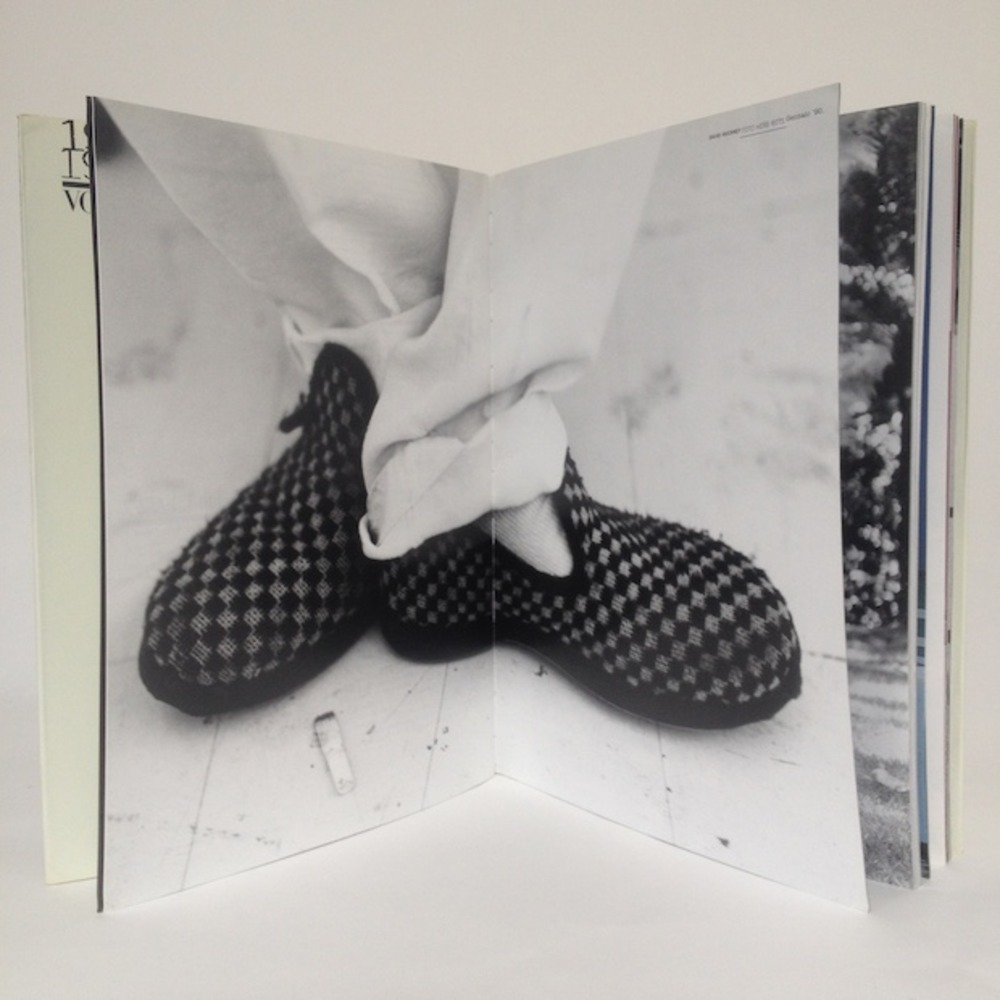 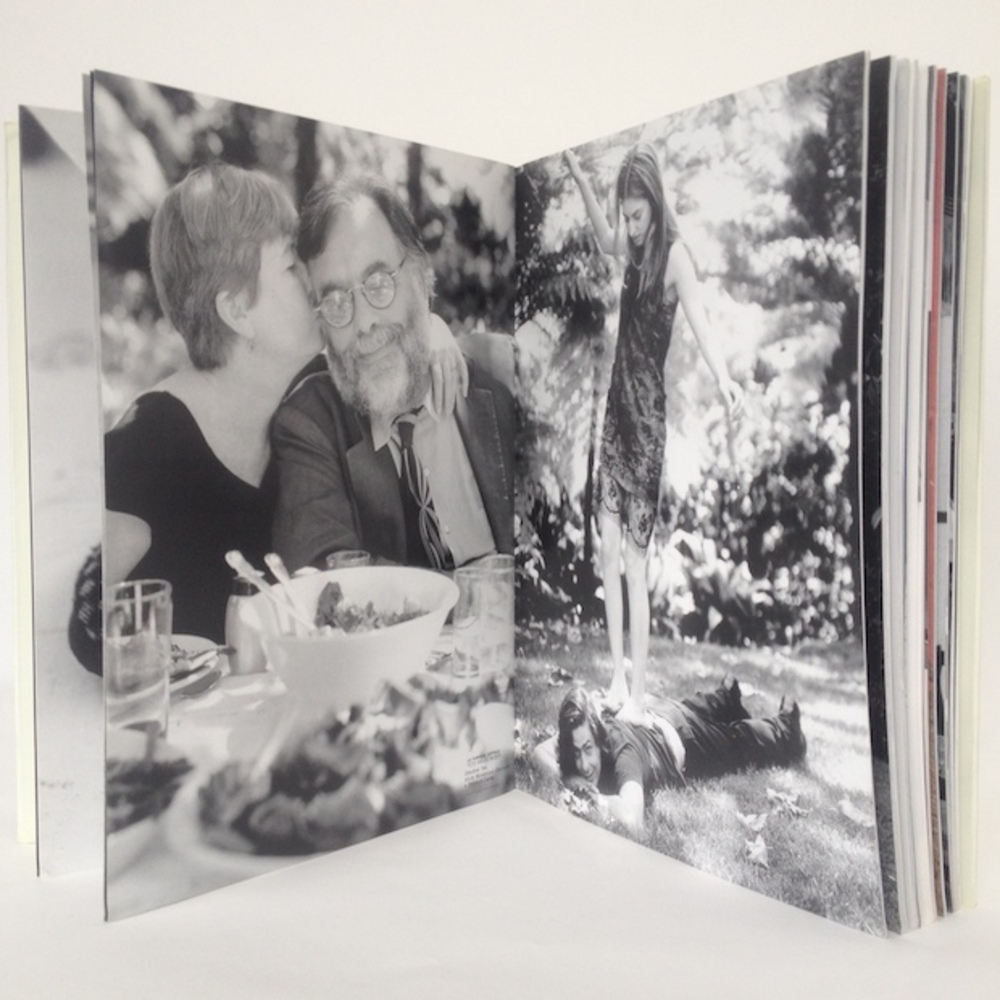 Another striking thing about the Crucifixion mailout, aside from its content, was its stark presentation. A chunky uppercase standfirst shouted with almost pre-teen enthusiasm about Horsely and his legacy. Key images were captioned with knowledgable detail in a knowing tone and were littered with tongue in cheek asides, quips and gags. It made you pause – perhaps not quite as much as Iggy Pop’s ginormous member as depicted on the front cover of fellow Superbook Little Caesar 8 or artist Allen Jones’ wife attending tables wearing a cutaway BDSM catsuit in Waitress – but its selection and enthusiastic presentation made you feel like you were in the presence of a rare artefact and an important moment in publishing history.

Just like the now-deceased Horsley, IDEA Books is based in London’s Soho. Sandwiched between production studios and up several flights of stairs, its petite office acts as the thoroughfare for most of its incoming and outgoing publications, selected via Hill and Owen’s finely tuned tastes and expertise in judging a book’s appeal to creatives – Owen estimates that around 80 per cent of their customers end up using the books for work. Perhaps unexpectedly, their HQ is not nearly as crammed to the rafters as you might expect. Bookcases and neatly ordered piles (largely navigated by memory) line the room, but Hill and Owen have a business-like detachment to most of their charges. Savvy collectors they might be, but sentimental hoarders they are not.

“Generally we’re not so bothered about books,” explains Owen. “It just happens to be the medium, then and now, that’s the best way for people to put down ideas. If someone’s personal project is to document youth culture trends in Paris in 1978, they’ve got loads of photographs. They might have an exhibition at the time or there might be a magazine that features that work, but the book tends to be the format where it lasts.”

“That’s not to say you don't have really good photographs and bad books that just really kill them,” chimes in Hill. “We see that quite often. We’re really not fussy in that a book can be photocopied, handmade, stuck out and glued in – in fact that’s even better. It’s the ones that overdo it that die.” 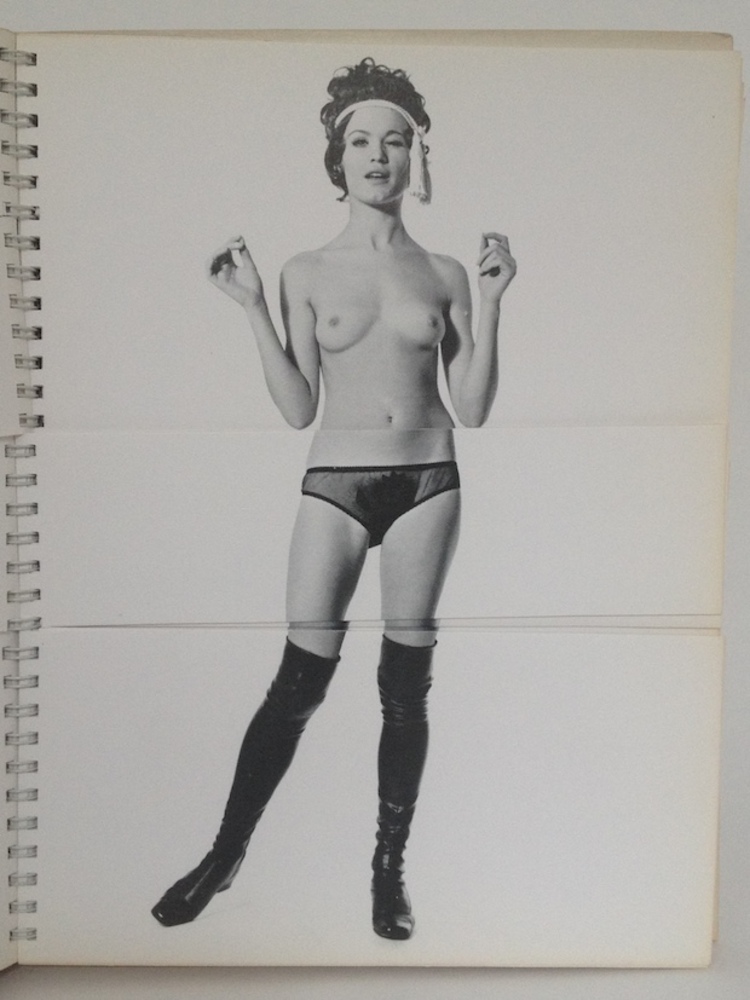 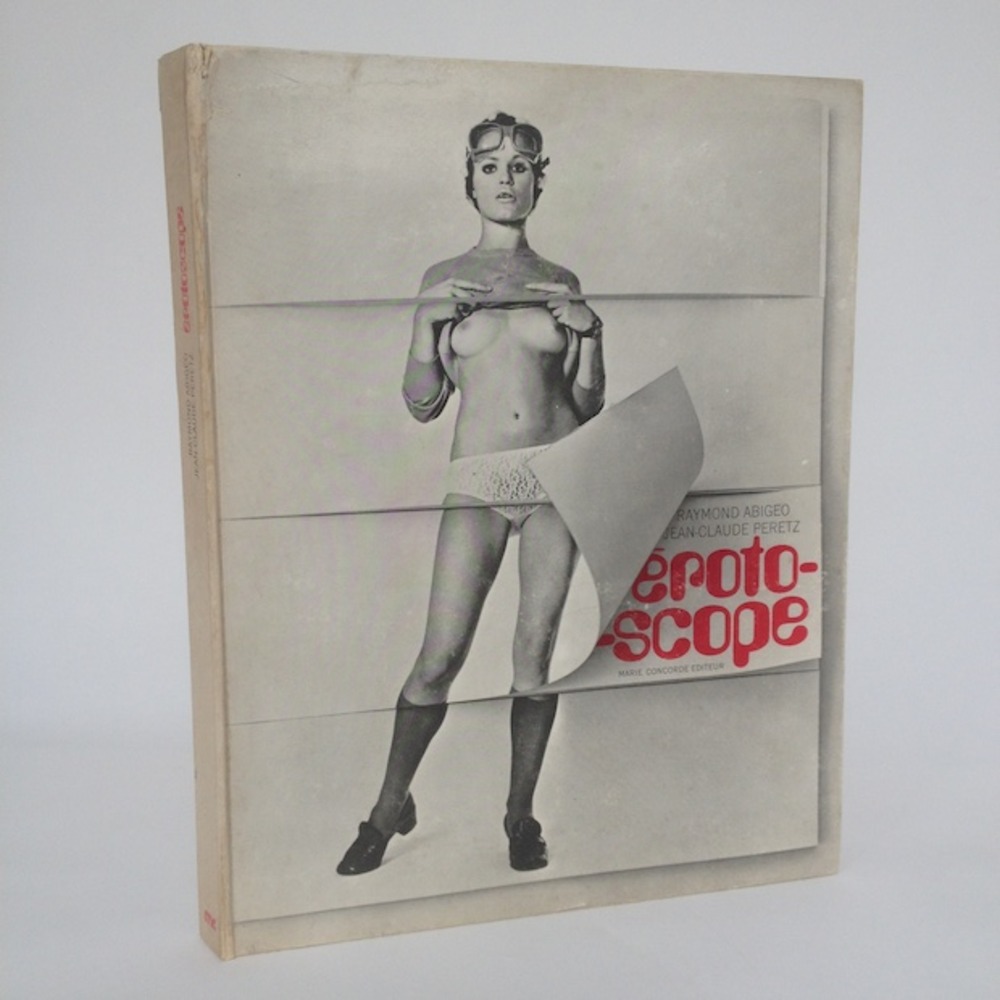 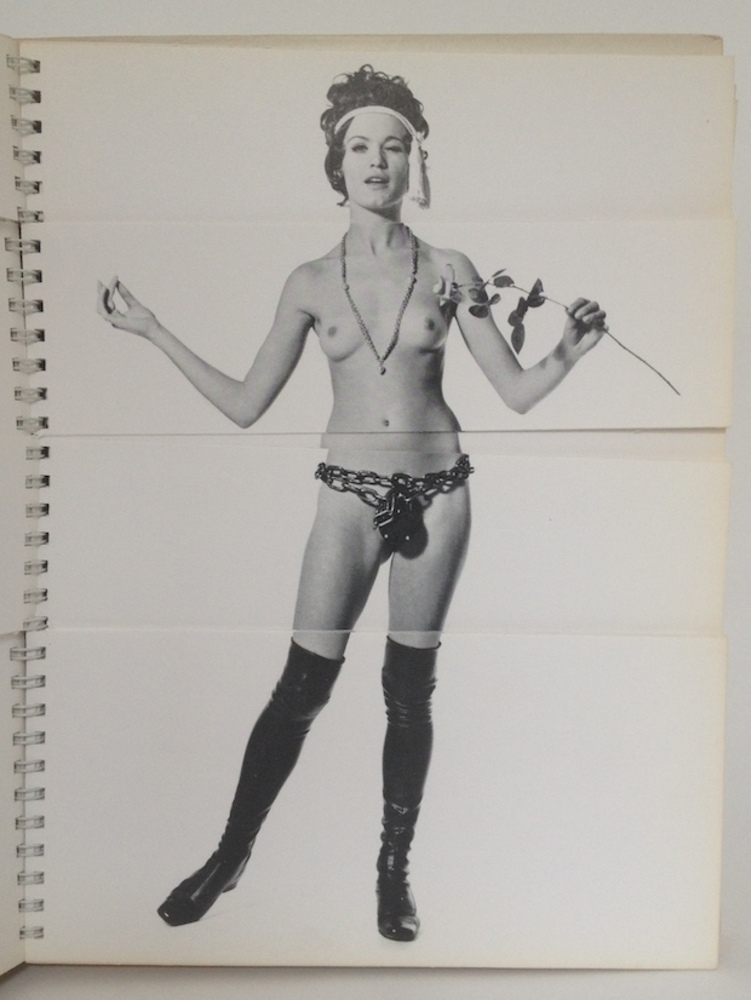 Before setting up IDEA, Hill had worked as a stylist at i.D. and other similar publications then later as a photographer. Owen’s route was perhaps a little less straightforward, following up a drama degree with a stint running his own shop, working in magazines, advertising, early internet start-ups and the music industry, before becoming a strategic director at Channel 4 and hiring the likes of Jimmy Carr and Justin Lee Collins in the early Noughties. When the pair first met, Hill’s bookshelves were already heaving with important fashion and art tomes, including, Owen remembers, five copies of Sam Haskin’s seminal Sixties book Cowboy Kate – such a trope for what the couple do that they don’t even buy it any more. “If Angela saw a book she really rated then she’d buy it,” explains Owen. “But then if in two week’s time she saw the same book, she’d buy it again. Most people don’t. They think, ‘I’ve already got that’.”

Hill’s inspired but at the time directionless collecting soon found purpose when Sarah Lerfel, who later went on to found French super-boutique Colette, noticed her well-curated selection while visiting the apartment and asked whether she’d be interested in selling books through her new venture. “Luckily for us, Colette turned out to be possibly the best shop in the world,” says Owen. “And that’s how we started selling books.” Hill’s website (made on a Mac Classic in 1995) also provided a stream of orders, largely faxed in from members of the American military – just about the only other people using the early internet. 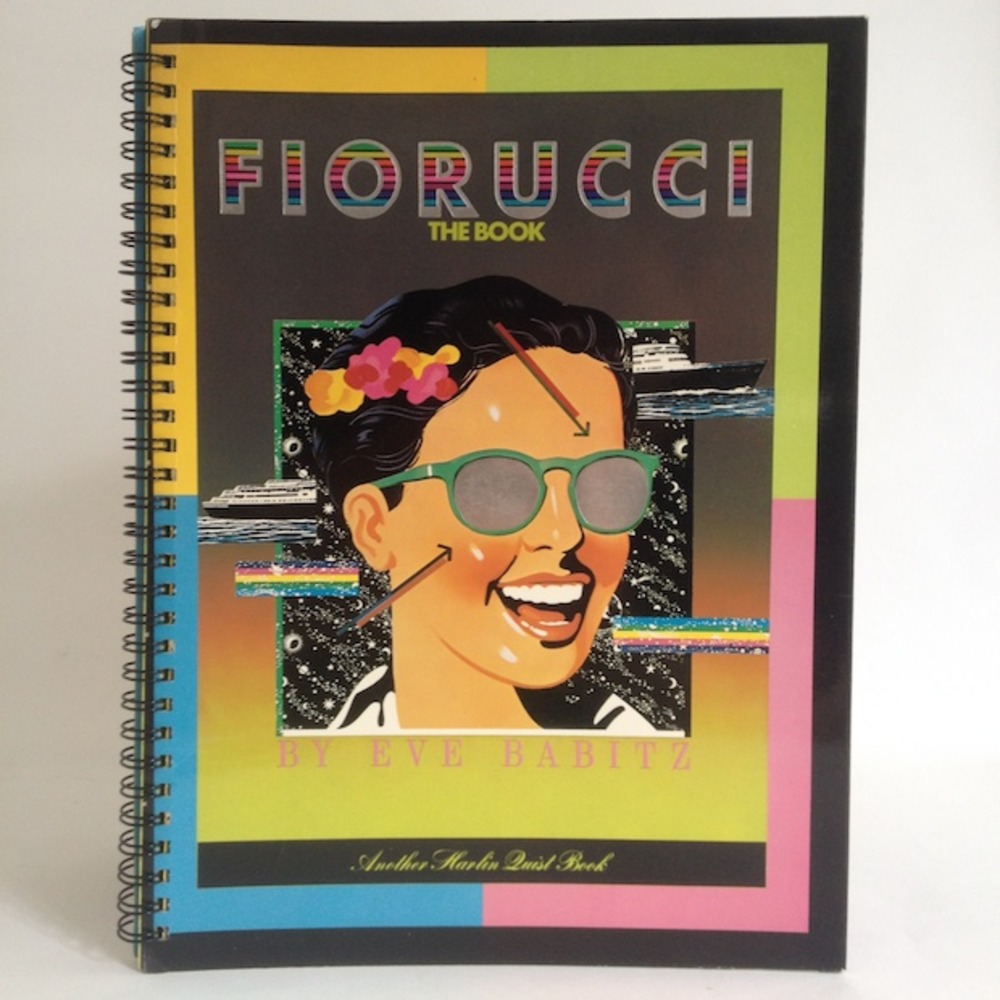 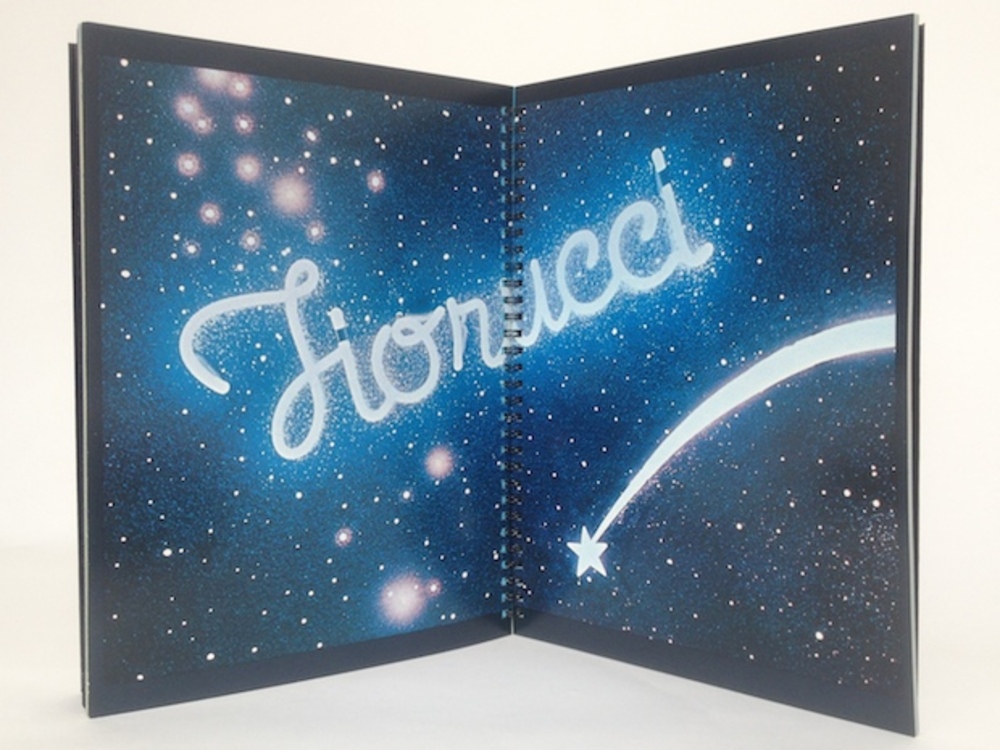 But in 2006, two years after Comme Des Garçons’ Rei Kawakubo launched concept retail store Dover Street Market, Lerfel put in a call and their enterprise grew. IDEA Books has curated a bookshop as part of the DSM Comme Des Garçons’ concession ever since. “Regardless of the retail space, Comme Des Garçons and Rei Kawakubo was enough for us to know it was an ideal fit. There are lots of very, very good designers but then there are very few that you can’t even be critical of. We’ve recently found pictures of the first shops in Japanese magazines before she came to Paris and she’s been truly amazing from the start.”

Despite IDEA Books’ wide-ranging retail outlets, Dover Street Market is still the only physical space that they publicly put their name to. The pair use the space to challenge customers and have a bit of fun. “In a shop where there are a lot of things that are really expensive, sometimes it can be more edgy or dynamic to drop in books that are really cheap,” explains Owen. “You can have a book about punk clothing that’s worth £1500 next to a Snoopy book that’s twenty-five quid and often the same customer will buy both and not think that the least bit odd.” 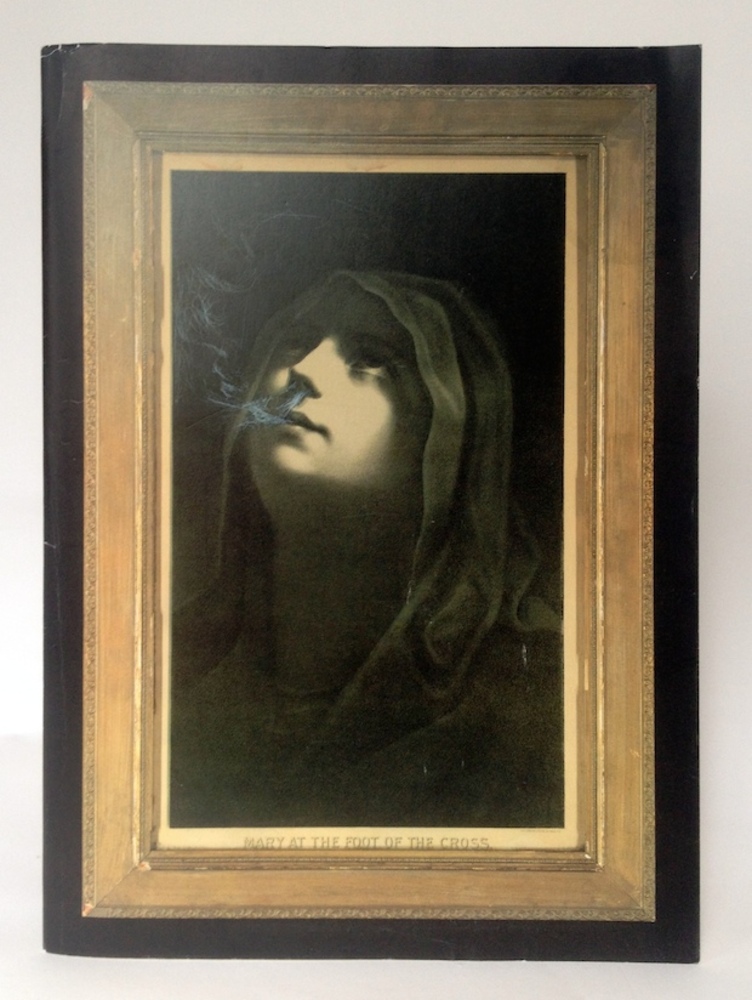 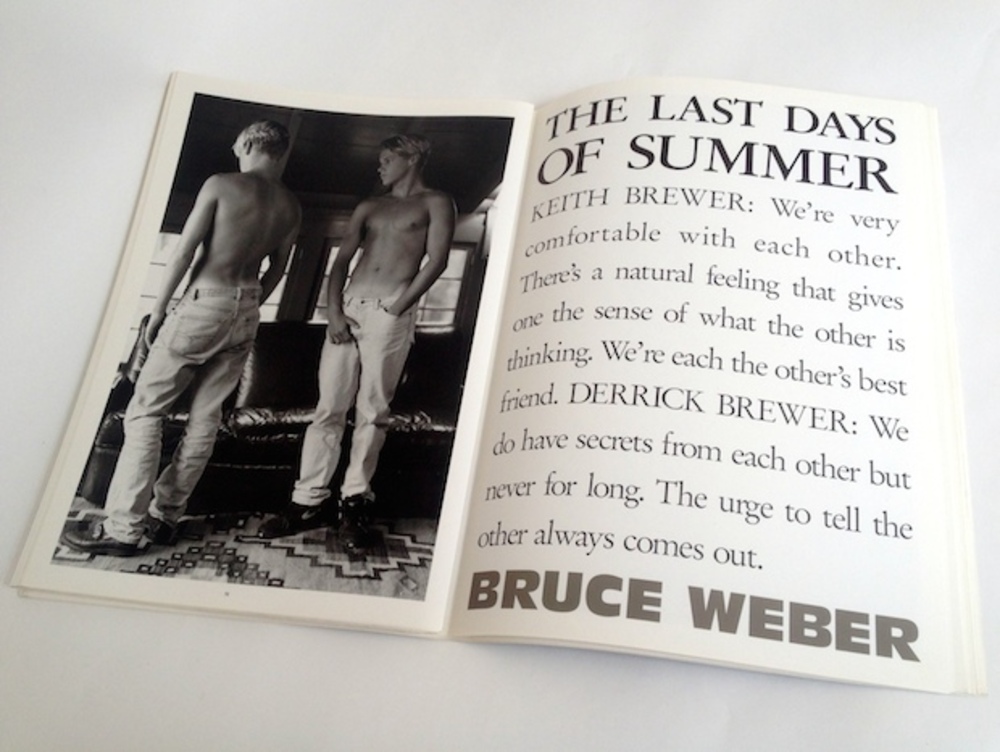 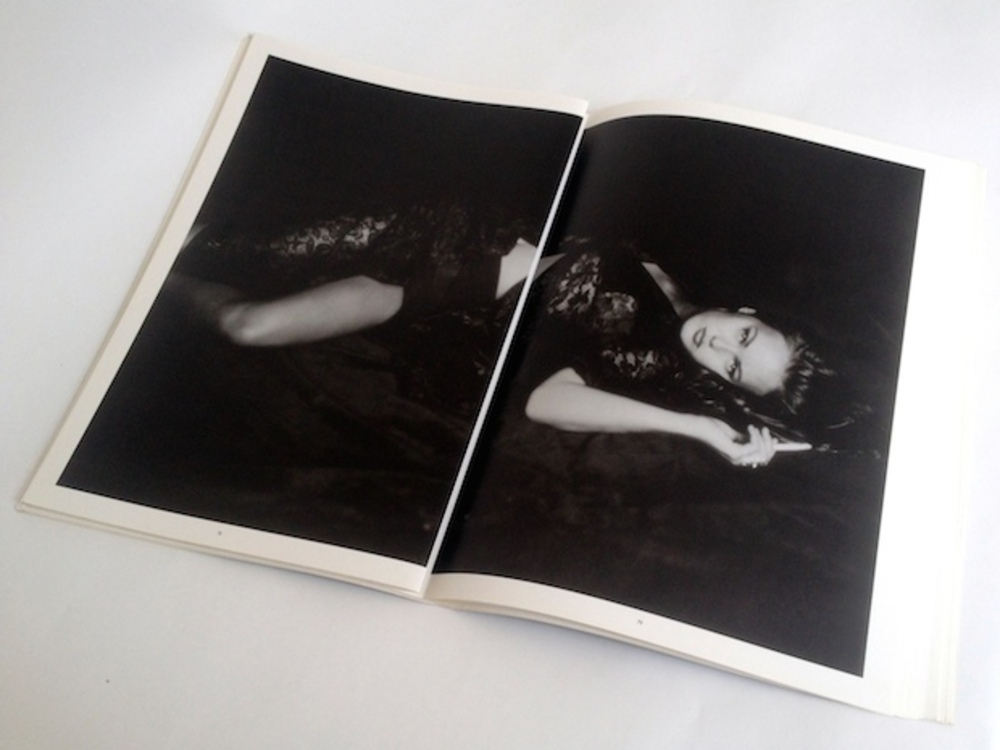 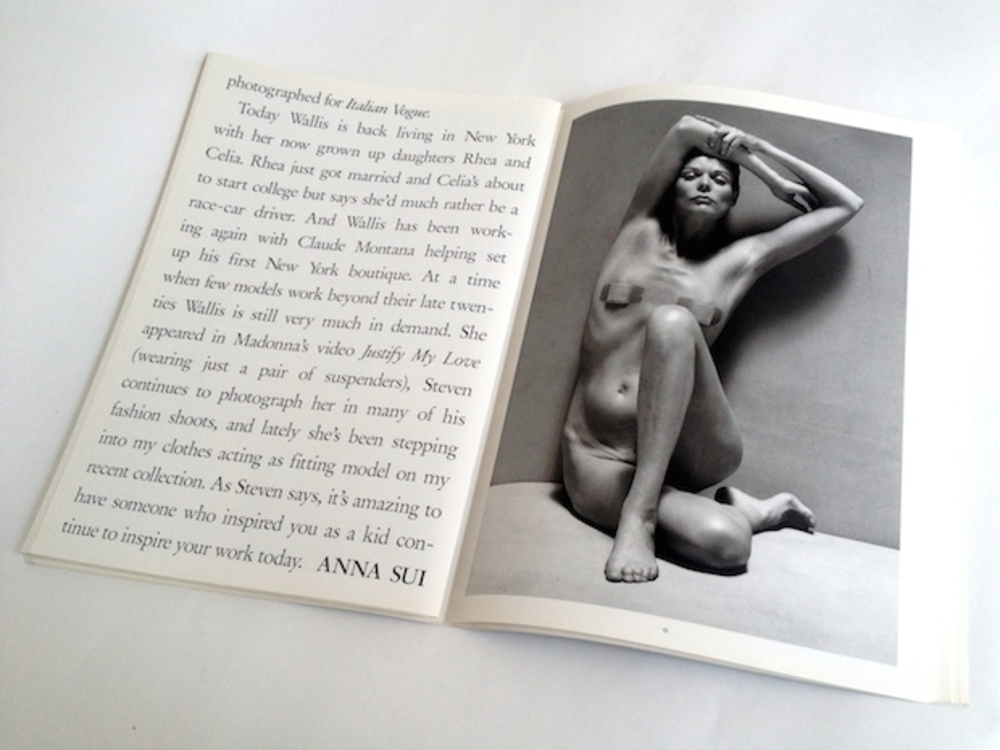 Unsurprisingly considering Owen’s background, the pair are incredibly shrewd in terms of social media, and Instagram is IDEA’s biggest selling channel with more than 50,000 followers. The strength of their following is such that within about fifteen minutes of posting a book up on the platform, global buyers will pick off all of the cheaper copies of the publication available online, until IDEA’s copy is the cheapest available. “Our direct sales of books must be fairly small compared to that which we trigger across the world,” says Owen.

Instagram also works as an excellent buying tool for the pair. One post may generate a sale and then several others via a waiting list, but within the same half window several people might come forward wishing to sell their own copies, once they realise its appeal and value. “Because we sell to people who work with the books, rather than just collectors or public, our buyers don’t have to be wedded to the books in the same way,” explains Owen. “It means our buyers sell back to us and another batch of eighteen to twenty-year-olds want them again for reasons that the people selling them couldn't appreciate.” 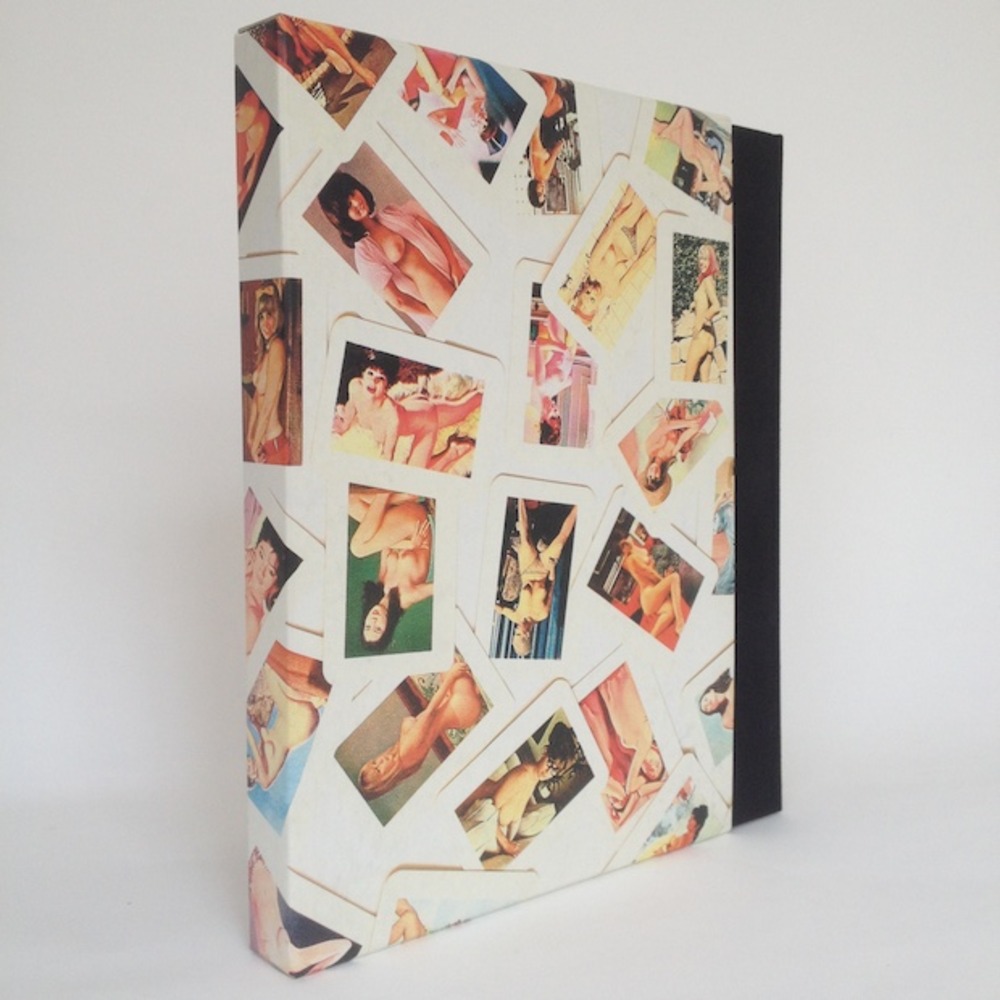 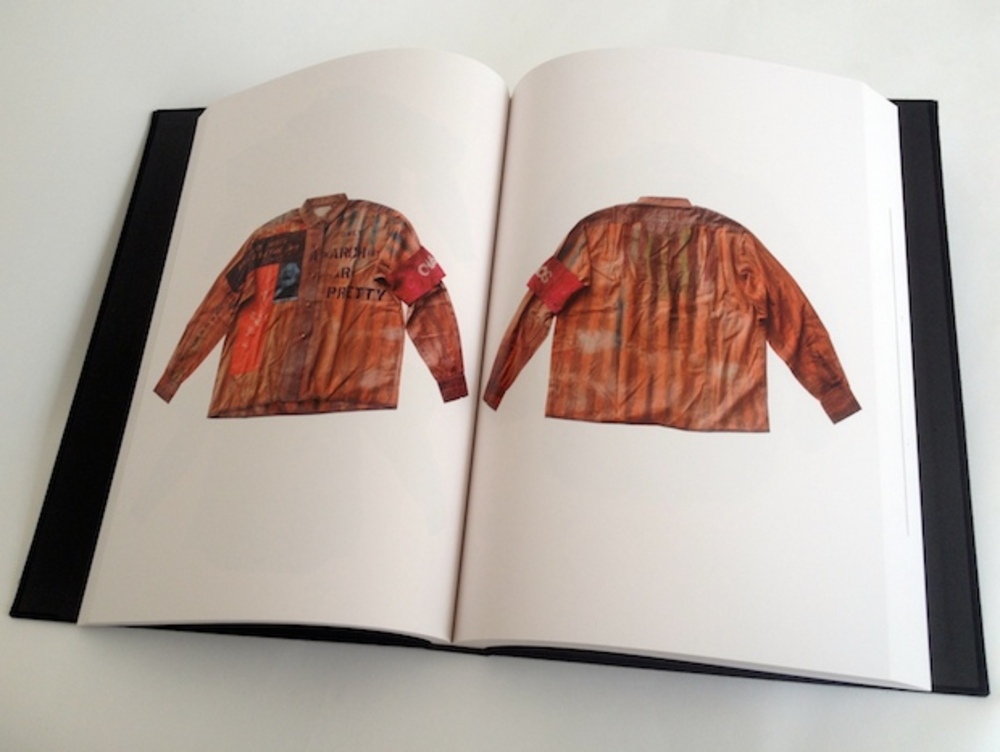 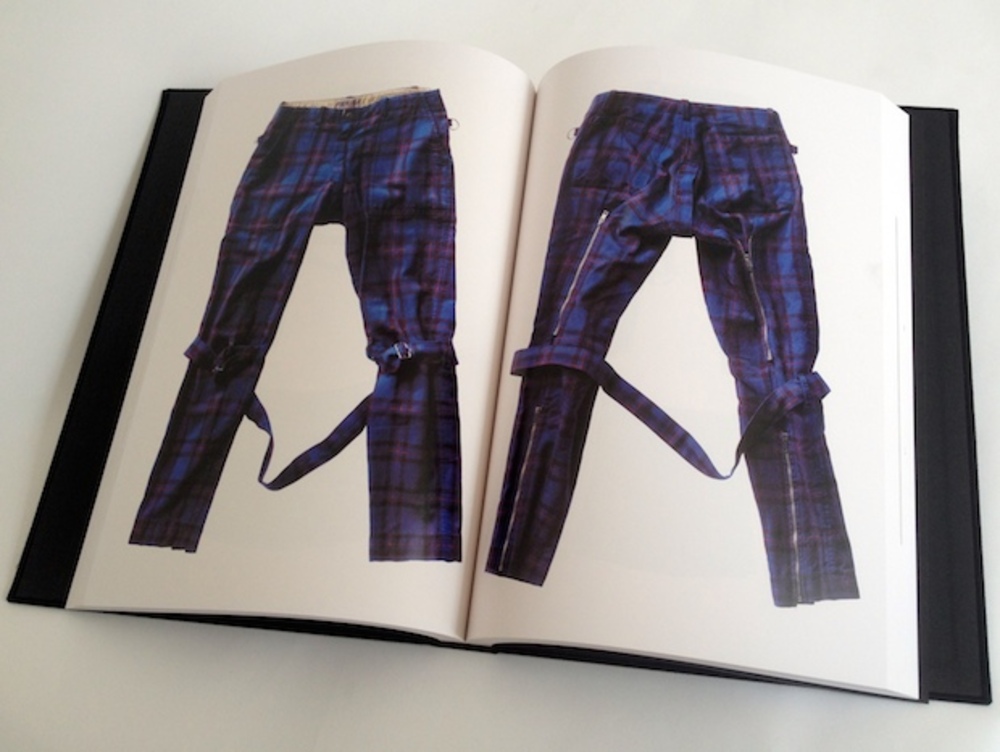 But the growth of the internet also sounded the death knell for the bookshop, something that Hill and Owen have noticed even more acutely in the past few years. The international secondhand bookshops they rate have shrunk to just over a dozen, as booksellers retire and aren’t replaced. But aside from online, a lot of the most fruitful buying the pair engage in is from individuals and artists themselves. It’s clear that the thrill of the chase is a huge part of the excitement for Hill and Owen, and much of their job, as well as a good eye and in-depth knowledge of their field, is patience in waiting for desired titles to surface. One such much-sought after publication is Lipstick, an independent magazine made by eighteen-year-old Eton student Perry Ogden and his school friend Rory Phillips. Shot and designed themselves, the pair also managed to secure interviews with David Bailey, Diana Rigg, Joe Strummer and Andy Warhol – a huge coup for two complete unknowns. “I’d been chasing it for quite a while, and he’d given one to his father at the time of making it and his Dad sent us his,” says Hill. “We wrote about it two years ago and haven’t seen another one since,” adds Owen.

As well as books, magazines and catalogues, the couple also trade in more unusual ephemera. “Unique things are really great, says Hill. “We’ve had a scrapbooks, boxes of unpublished prints, actually even a maquette for a book that never got made about Roman Polanski. That’s really stunning.” And is there anything they’ve grown so attached to that they wouldn’t sell? “No,” says Owen thoughtfully. “Invariably we will find those books again, it just depends how long it takes. Of course there’s the unique things that you sell and you might not see ever again but with those objects, it’s just nice to have had them pass through, full stop.”