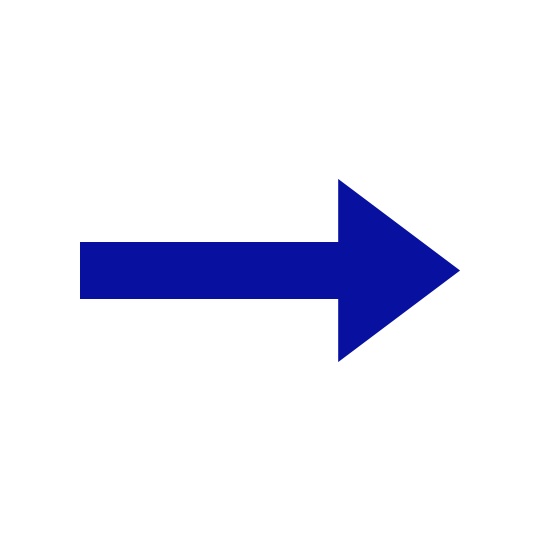 When, in the early Seventies, the Pioneer 10 and 11 probes were launched with brilliantly conceived etched plaques depicting messages from mankind, one criticism of them was the use of an arrow to indicate trajectory. It was argued the origin of the arrow being rooted within a hunter-gatherer pre-history meant this symbol would be meaningless to a being with a different cultural heritage.

For me the criticism slightly missed the point. If an alien culture stumbles upon Pioneer, it’s just as likely to be akin to a cuttlefish as to a human, thus deeming the entire exercise futile. As Wittgenstein sagely wrote, “If a lion could speak, we would not be able to understand him.”

However, it did get me thinking. If not an arrow, then what? Shot from pre-history and now ubiquitous in modern cultures, there aren't many symbols as mutable in form yet still comprehensible. Without a Babel fish handy, how, for instance, can you communicate direction universally without it being lost in translation? What, if anything, could supersede the humble arrow?

The prevailing meaning of the arrow as a symbol is to indicate either a direction or a position. In the digital realm it is used to point and to navigate. It can also be found in maths notation, it bestows the concept of time with a direction and in some cultures it is even a sign of danger. It’s been called a circumflex-hatted ’T’. It can appear in a myriad of forms, yet generally be understood if it follows the basic rules. A line with a triangular end.

What I find fascinating about the arrow is its versatility. It can be decorative or minimalist, dressed up or down, it just needs context to express its intent. Which brings us back to the Pioneer message. The plaques employed an ingenious schematic of the most abundant element in the universe, hydrogen, to represent a basic unit of measurement. This gave a baseline to understanding the message’s other measurements. Is there a universal element analogous to a shooting arrow that contains the dual properties of direction and position, negating the need for a cultural context? For me the humble arrow will do. It reassures me that, as languages are forgotten, some things persist and will perhaps yet be understood by our distant cousins, hopefully without the need to insert a fish into their ears.

…is creative director of Hold, a Brighton-based studio which he founded with Stuart Langridge five years ago. Their clients include the Design Museum, the PRSF and Fabrica Gallery in Brighton. Interested in design for the cultural sector, Hyland previously worked for Sony Music Entertainment and HarperCollins and runs his own record label Concrete Plastic.

Launched in March 1972, Pioneer 10 was the first spacecraft to fly through the asteroid belt, first to fly close to Jupiter and first to cross Neptune's orbit. Until its distance from Earth was exceeded on February 17, 1998 by Voyager 1, Pioneer 10 was the most distant human-made object. It will take more than 2 million years for Pioneer 10 to pass Aldebaran, the nearest star on its trajectory.