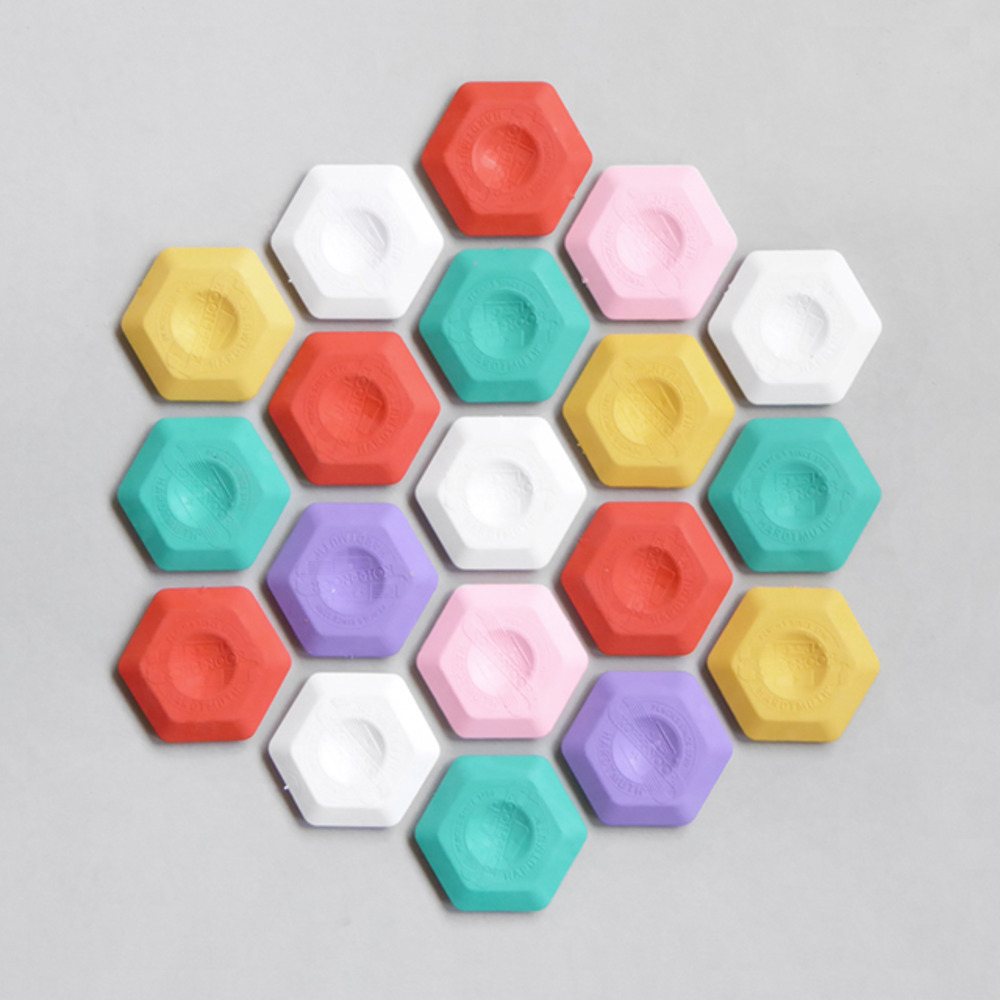 The eraser began life in a French Academy in 1752, after latex had arrived in Europe from the New World. Prior to this, artists had used bread to remove their mistakes, but the ability to pour and mould the latex allowed for more accurate mark removal than, for example, a baguette.

Initially existing as small cubes, available for three shillings, they formed a symbiotic relationship with the pencil, and in the ensuing 150 years have presented themselves as a gargantuan pick and mix selection.

Their mildly sweet smell whisks you back to the 1980s, a smell that could easily be confused with the bottom of a My Little Pony. An initial squidgy yield hides a firmer centre which, if bitten or sliced with a sharp scalpel, is enough to warrant immediate cancellation of weekend plans.

All this before you have even considered their pastel-perfect range of hues, rounded corners and colour blocked layers. This devilish combination wills erroneous ways, to which we gladly surrender. Both physically appealing and nostalgic, it is no surprise that they are frequently used and referenced by both artists and designers.

Marcius Galan often works with stationery, but it's his eraser pieces which we love the most. Meticulously arranged in frames, he uses them to exacting degrees to ensure a gradation in size. His Eraser Compositions are designed to 'invoke a range of philosophical and art historical precedents to more metaphysical notions of matter and being.’ It is also helpful that they look splendid. 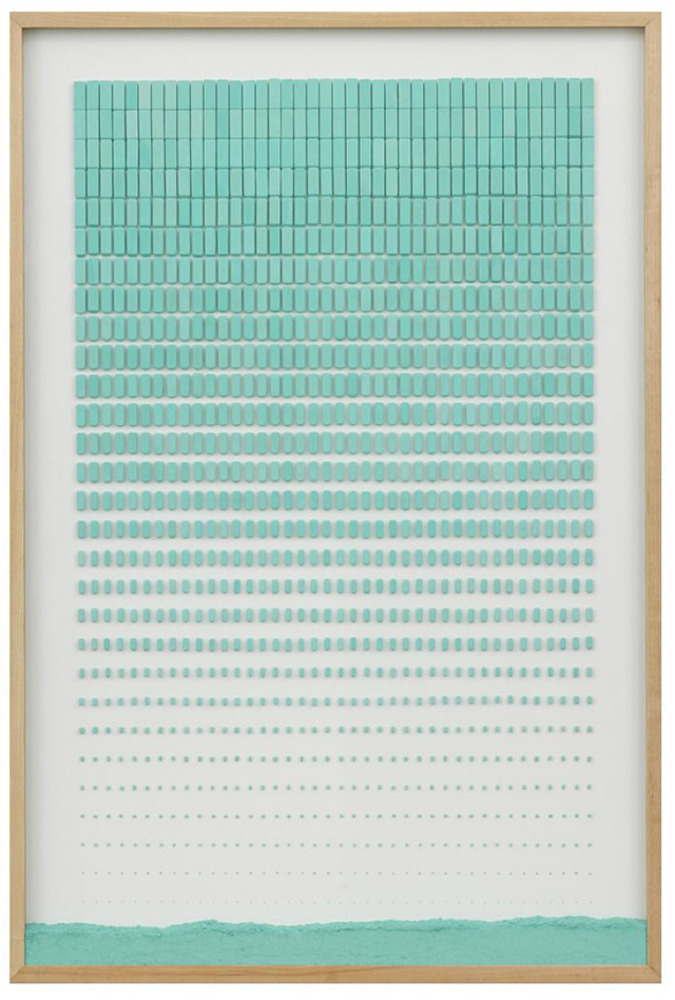 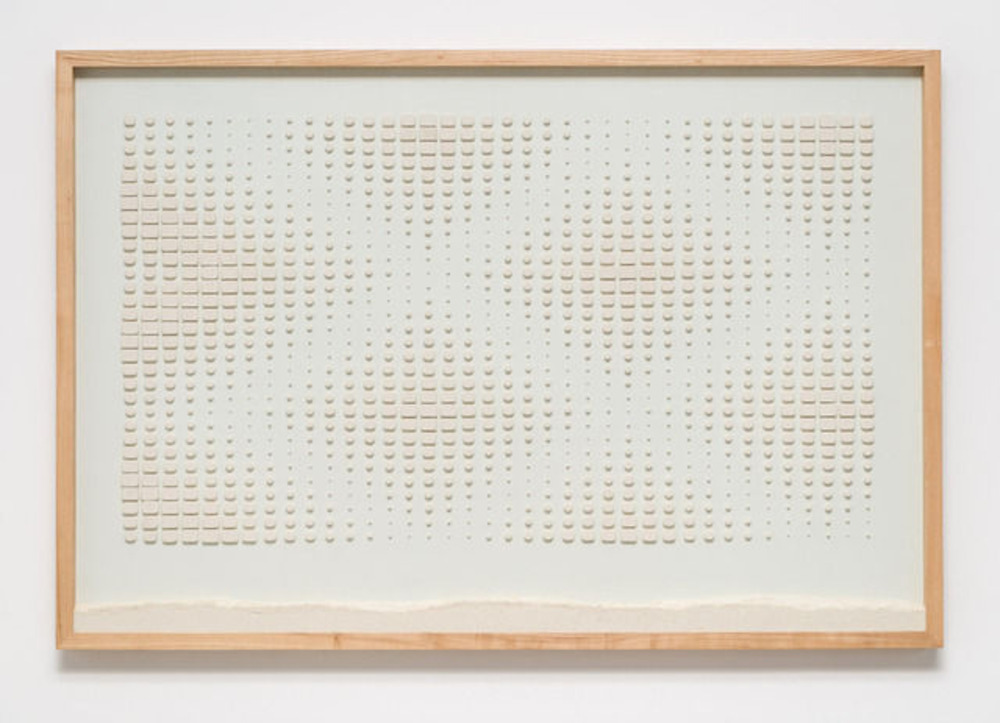 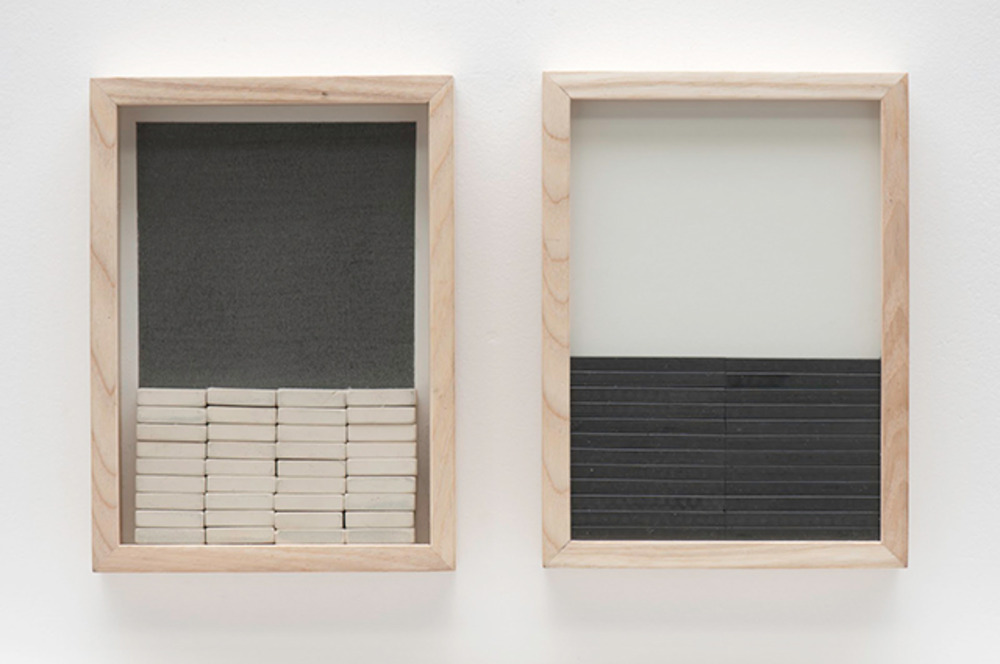 David Adamo painstakingly recreates everyday objects and the easily discarded, using clay and tempera. He deceives and makes the mundane more precious. His trompe l’oeile erasers are lined up, looking used and forlorn, like the shelf of a pencil-wielding perfectionist. 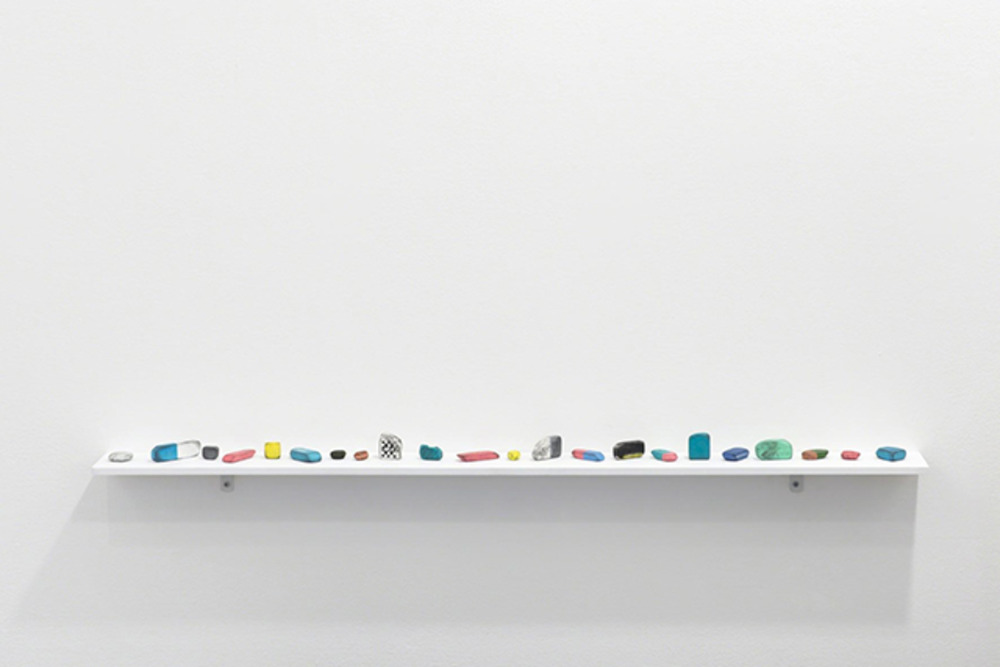 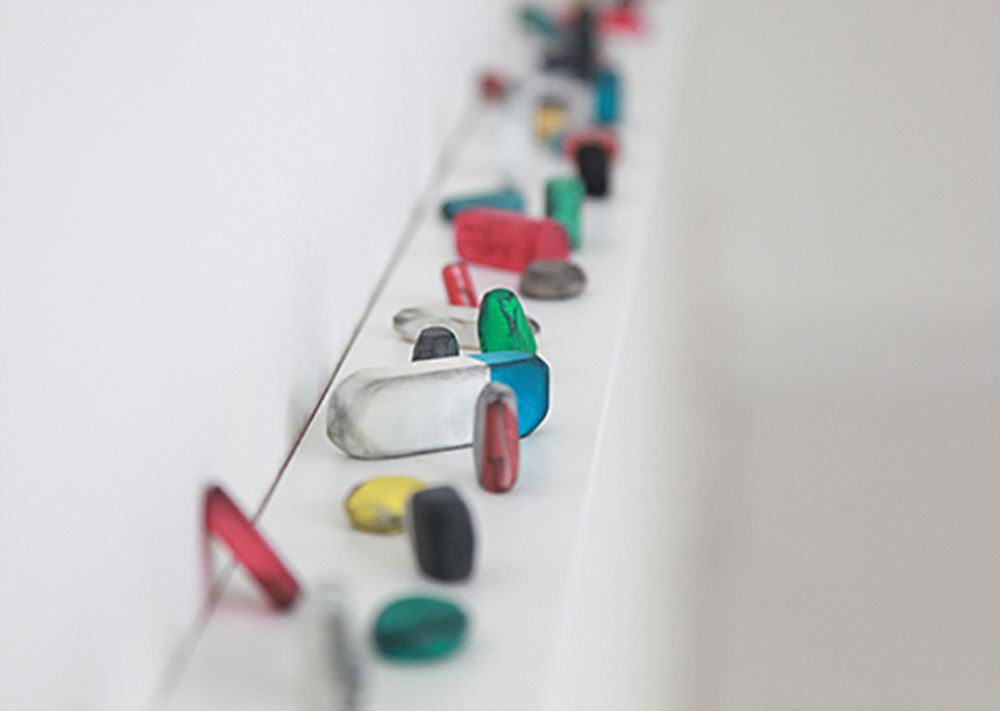 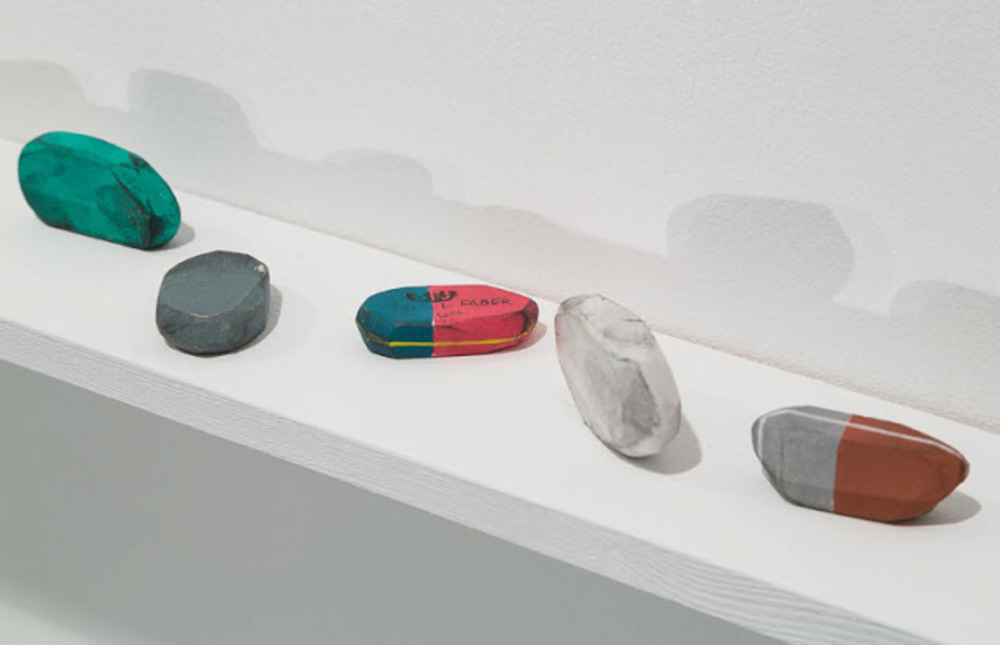 Out of all of Claus Oldenburg's oversized objects we favour the typewriter eraser the most. It feels like a perfect tribute to the now defunct eraser/brush hybrid. 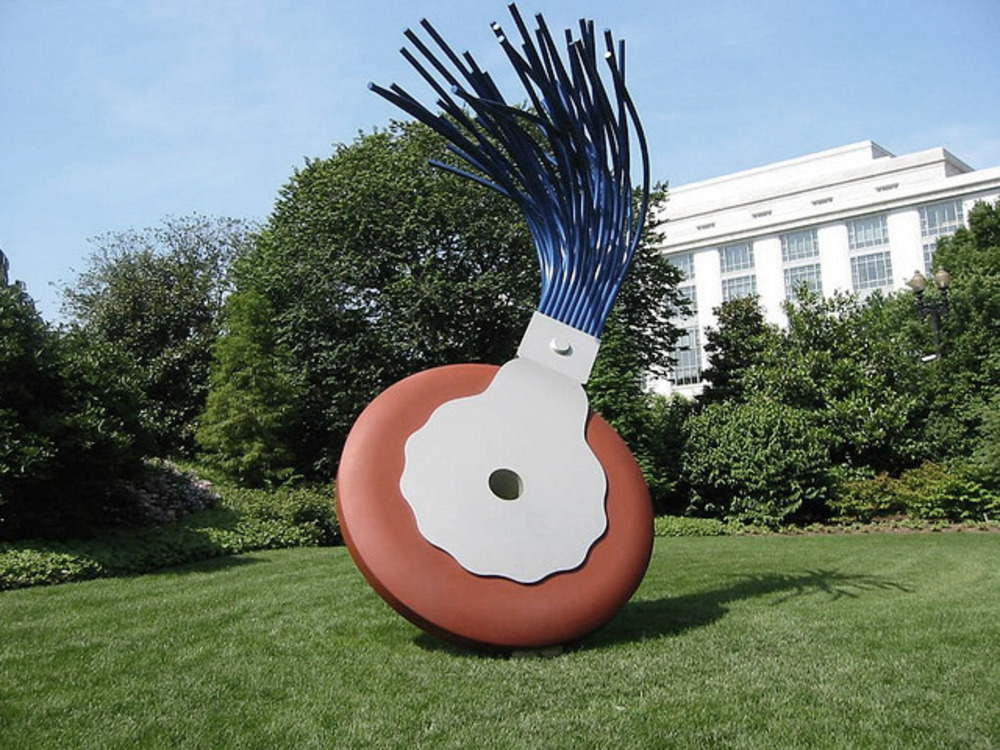 We were stopped in our tracks at last year's Frieze fair when we came across a giant marble eraser, beautiful in its solid smoothness. Jose Damasceno has made a few for his series, making the hardest of stones look like your regular ink/pencil combi. 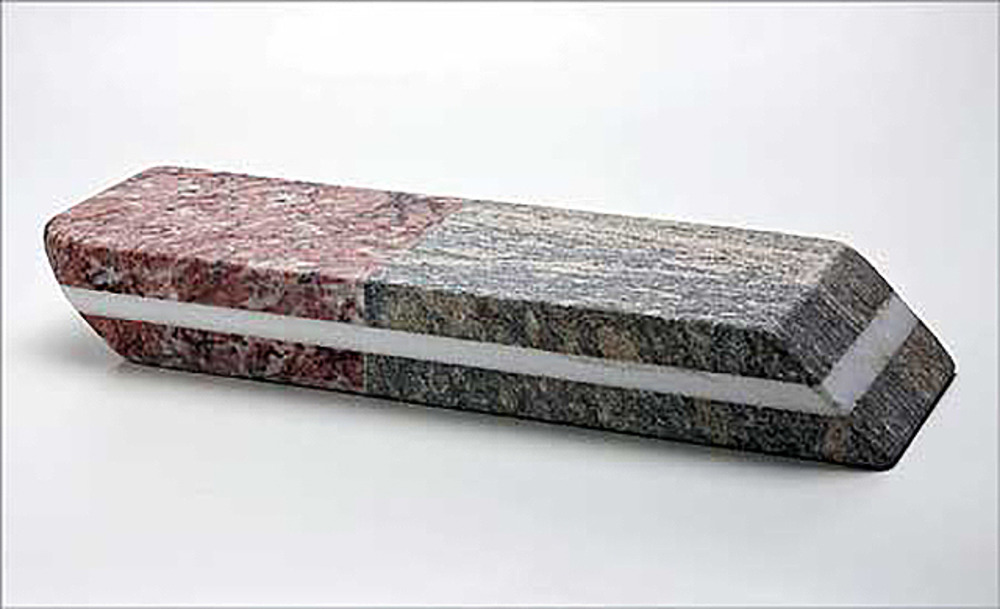 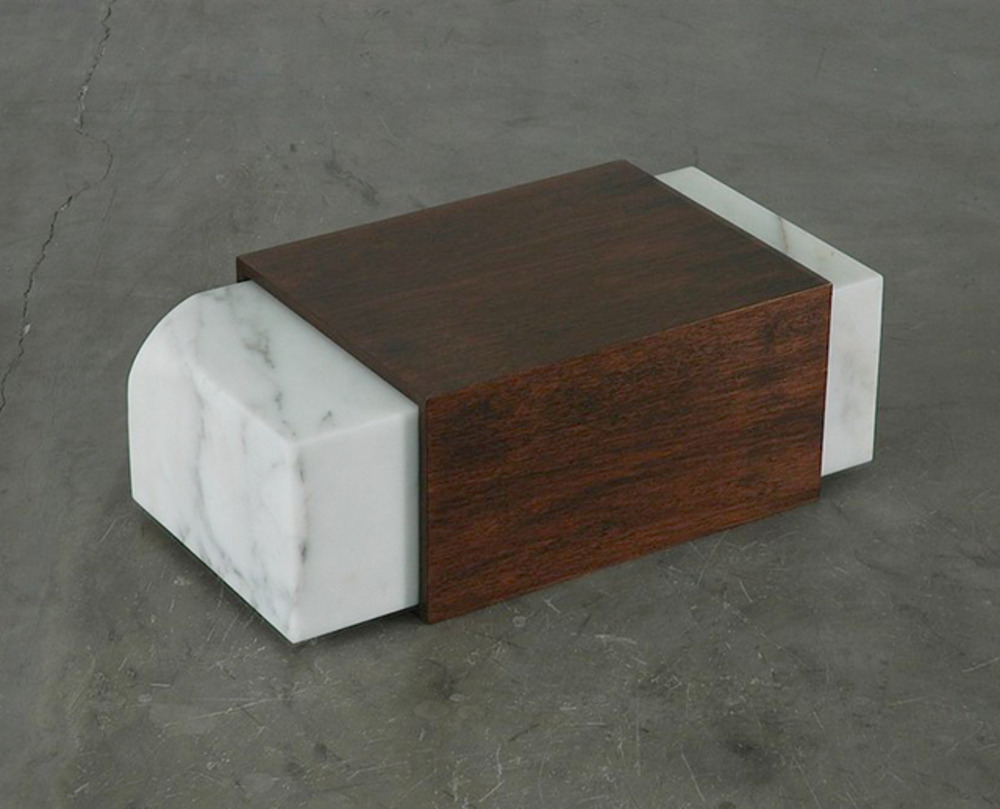 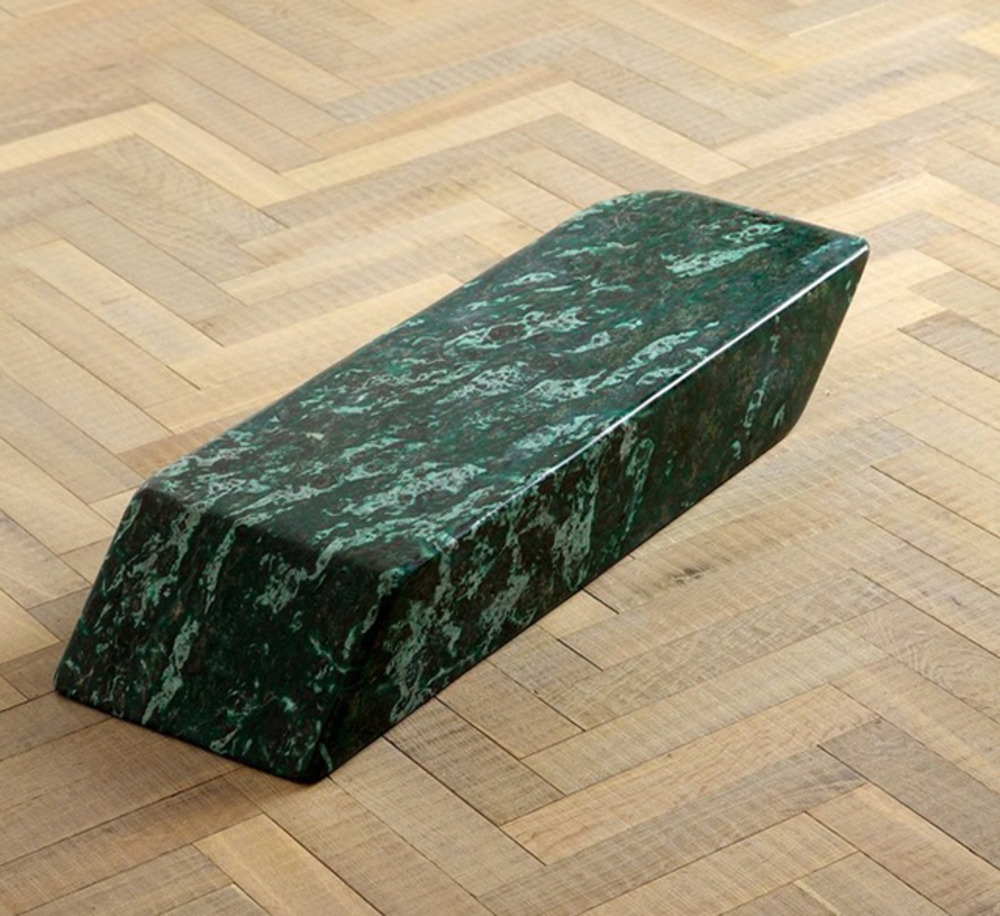 You can find several very good eraser museums online. Our favourite is erasersworld.com – it has an extensive collection of old and new, utilitarian and novelty. 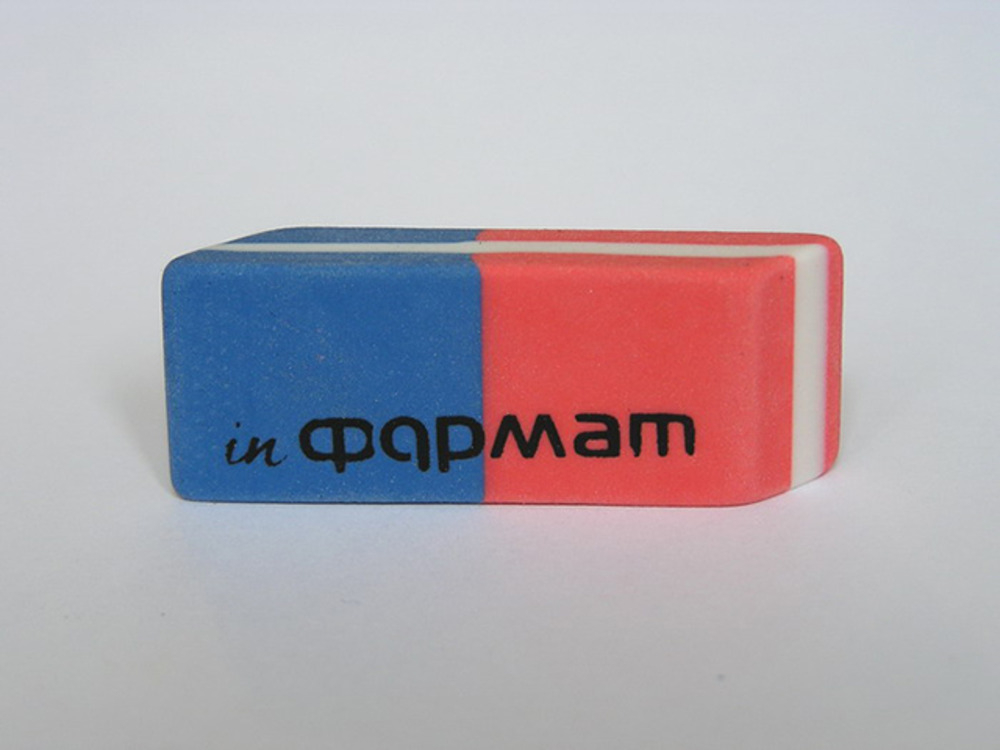 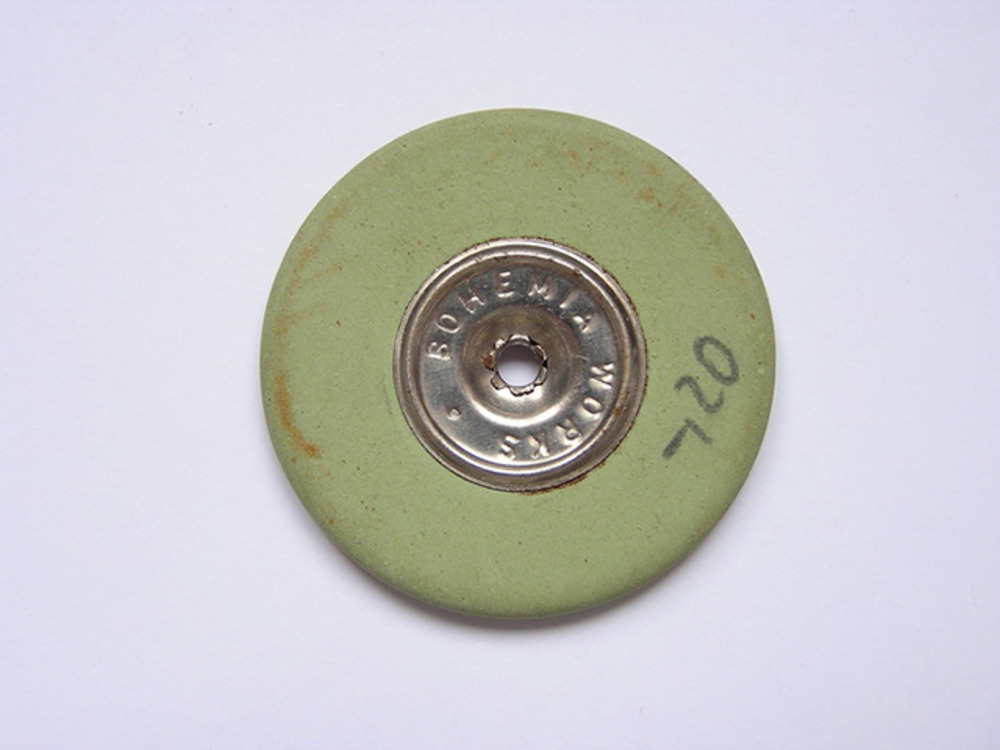 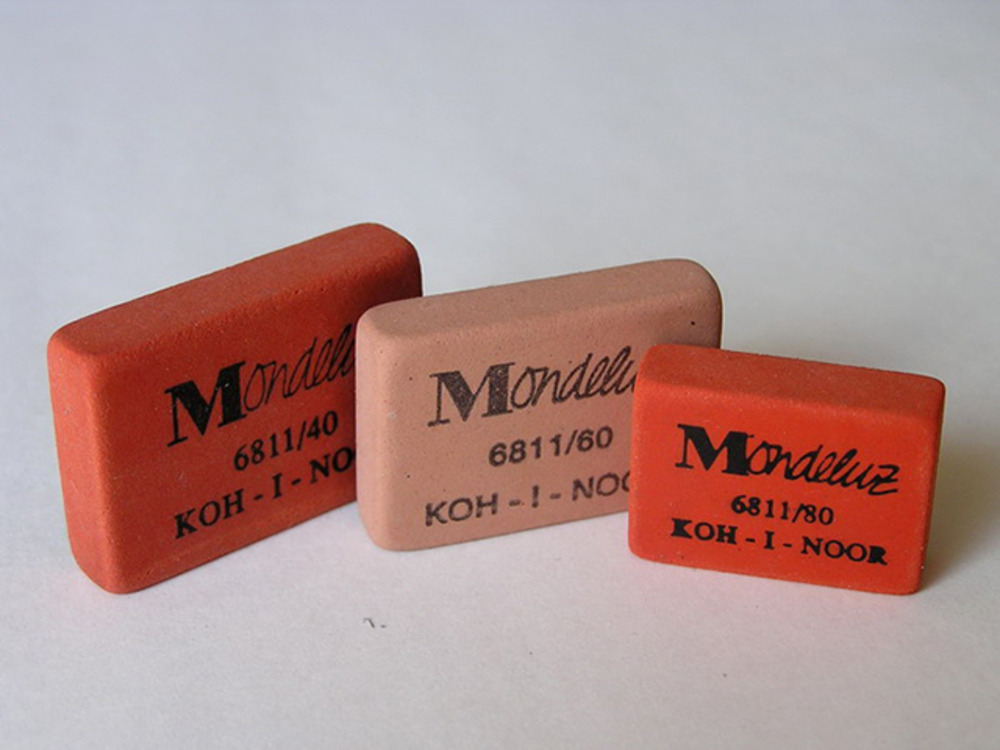 As a marginally biased end to this rubber round-up we draw your attentions to our own Present and Correct stationery compositions. Erasers are always great to work with. They’re delivered in pleasing shapes and on-trend colours, barely requiring an arrangement at all. See more rubber-based fun here. 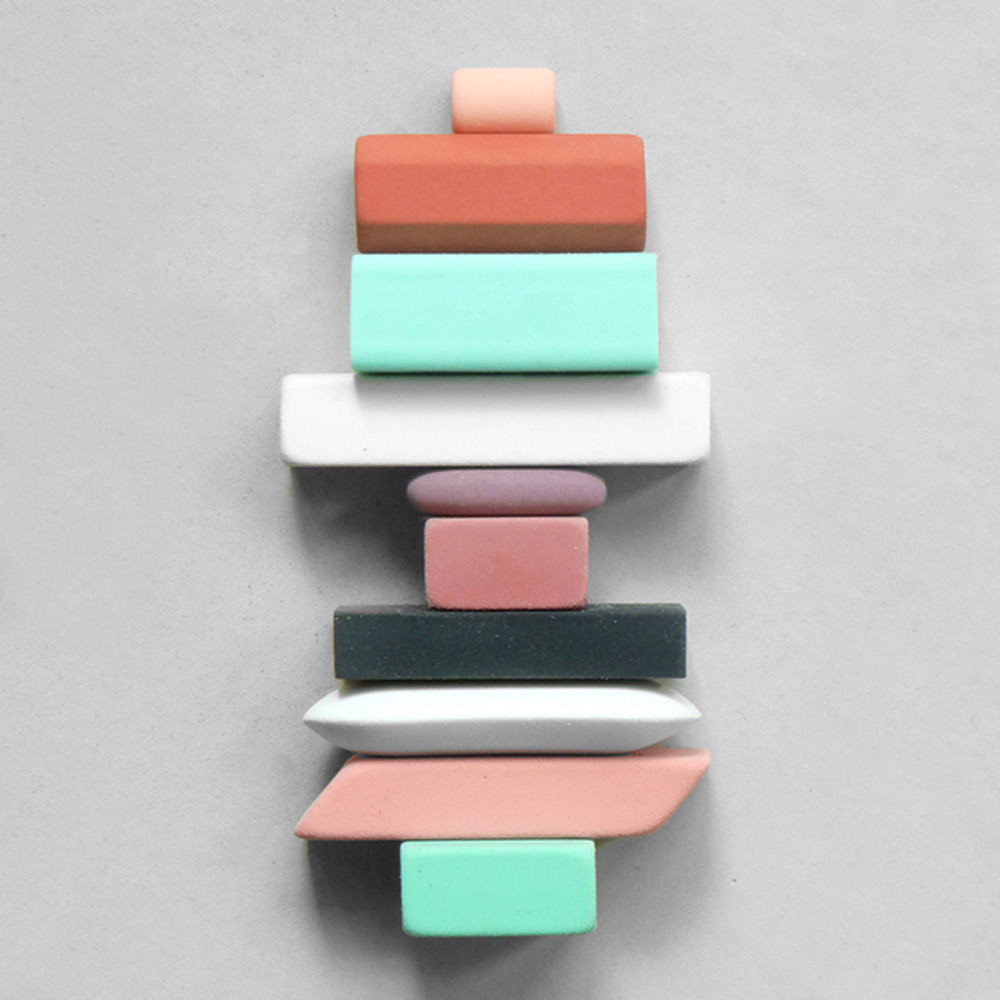 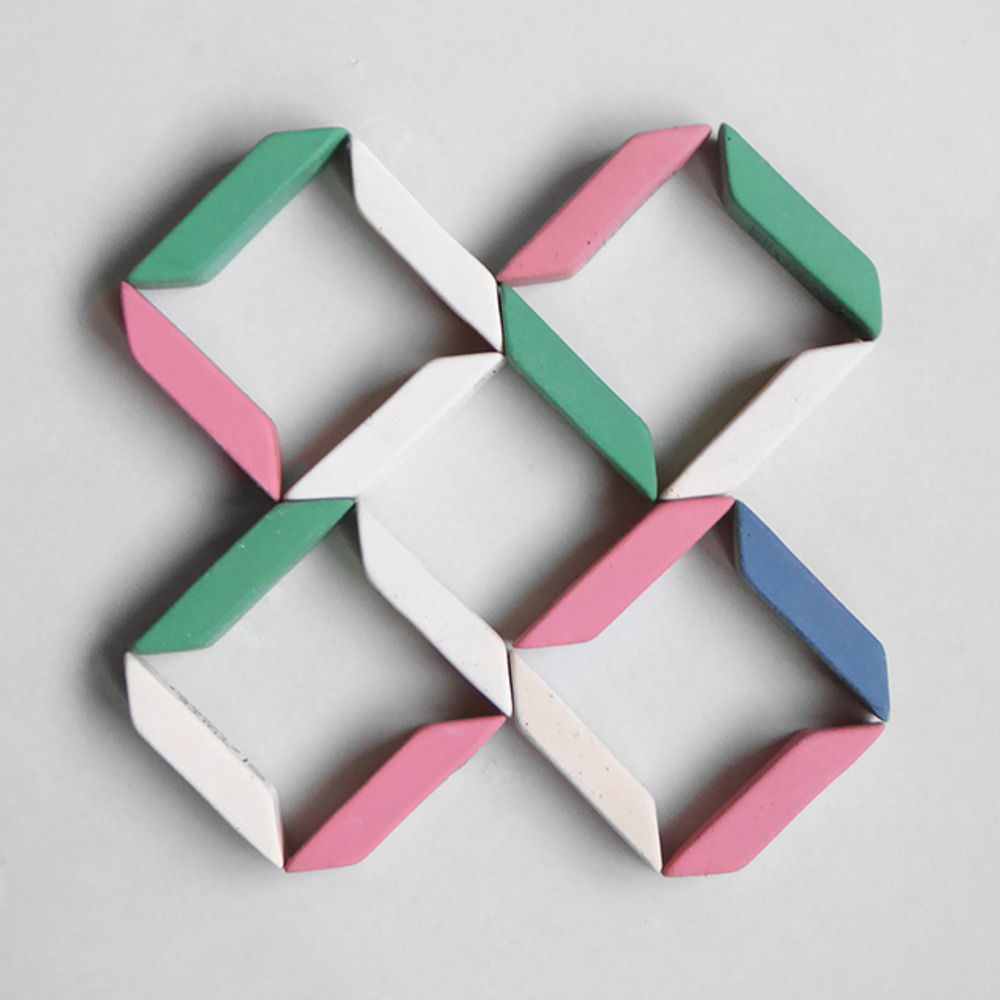