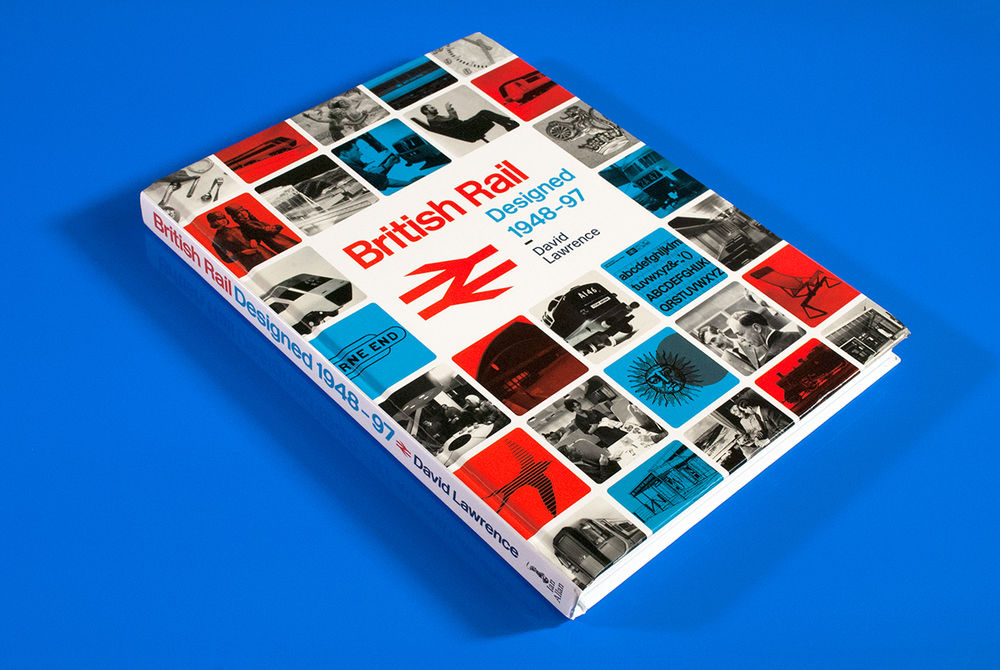 British Rail Designed is a new book by historian David Lawrence which looks at the design of British Rail across the whole network, from its nationalisation in 1948 to its eventual privatisation in 1997. It's a far cry from the railway network of today, with its bland identities and general air of despair. The book is a fascinating read and is beautifully designed by Grafik contributor Theo Inglis. As the book is launched, we caught up with David to find out more…

How did the idea to do the book first come about, and when did you start working on it ?
I had wanted to write this book for twenty years. Publisher Ian Allan turned it down in 2004, feeling there was no market. Because Ian Allan had the legacy of an older book, it was difficult to persuade another publisher to take on the new one. In 2014 the London Transport Museum – where I am a research fellow – prompted Ian Allan to reconsider, and they agreed to go ahead with the project in August 2015. It was written and designed in a year and a bit.

Where did you source the material from?
The material comes from private collections, eBay, collector fairs, second-hand shops and archives. Why so apparently eclectic? Because official archives are often dispersed or hard to access, and writing about things without being able to encounter them doesn't work well for me. Of course I couldn't have a full-size train in the flat, so I studied drawings, models, photographs and vehicles on heritage railways. Primary research came from tracing individuals who had done the design work. 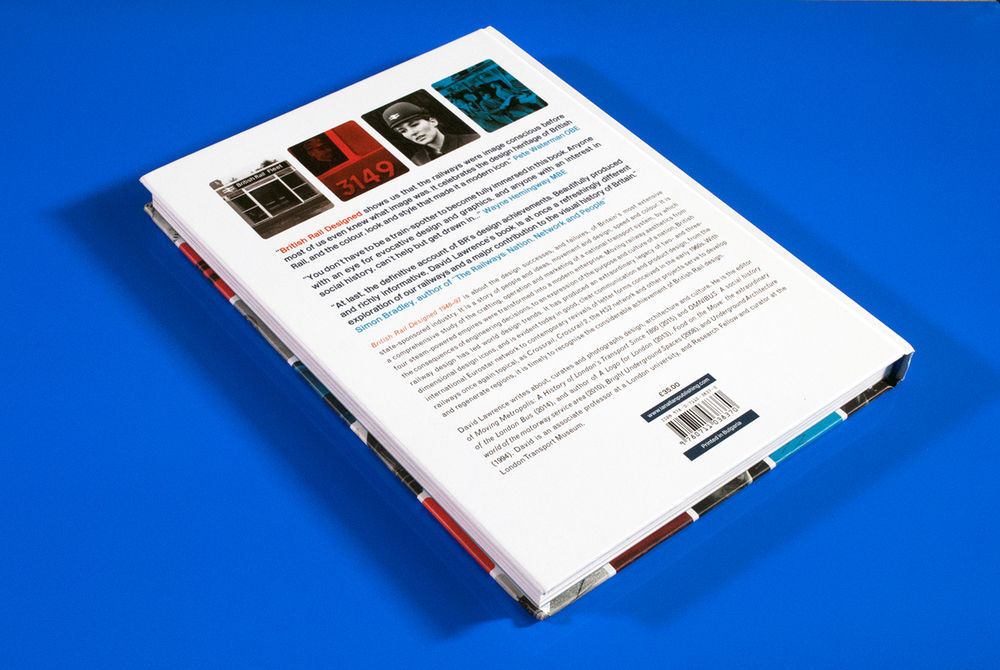 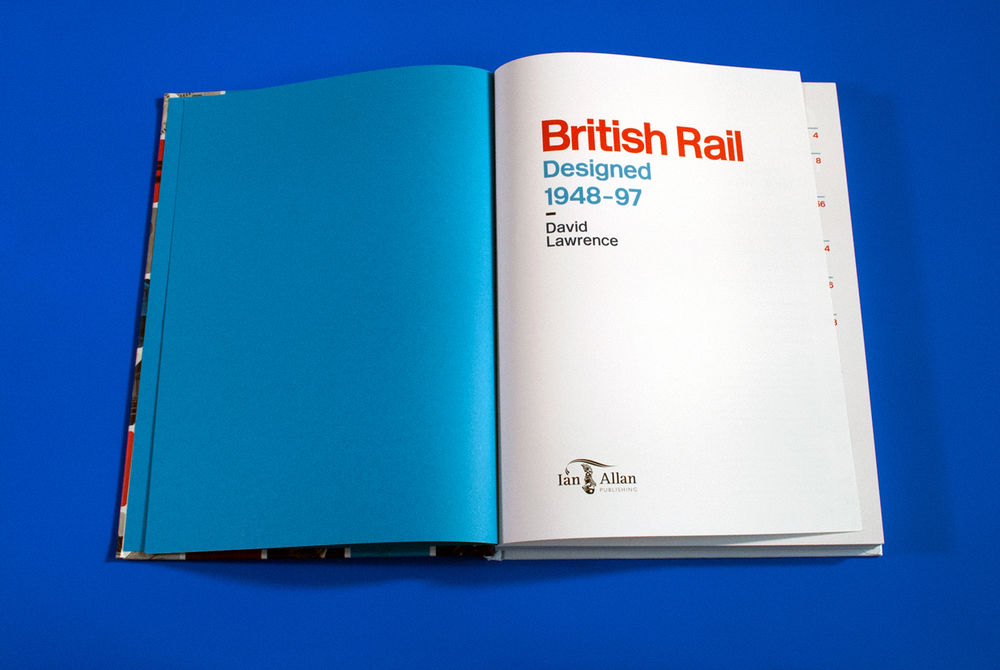 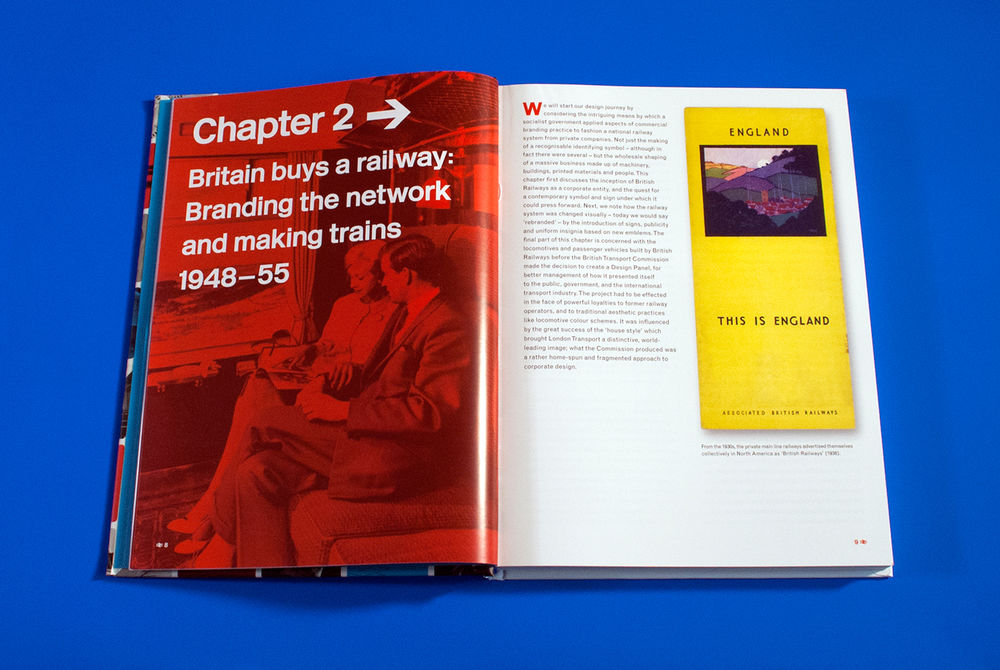 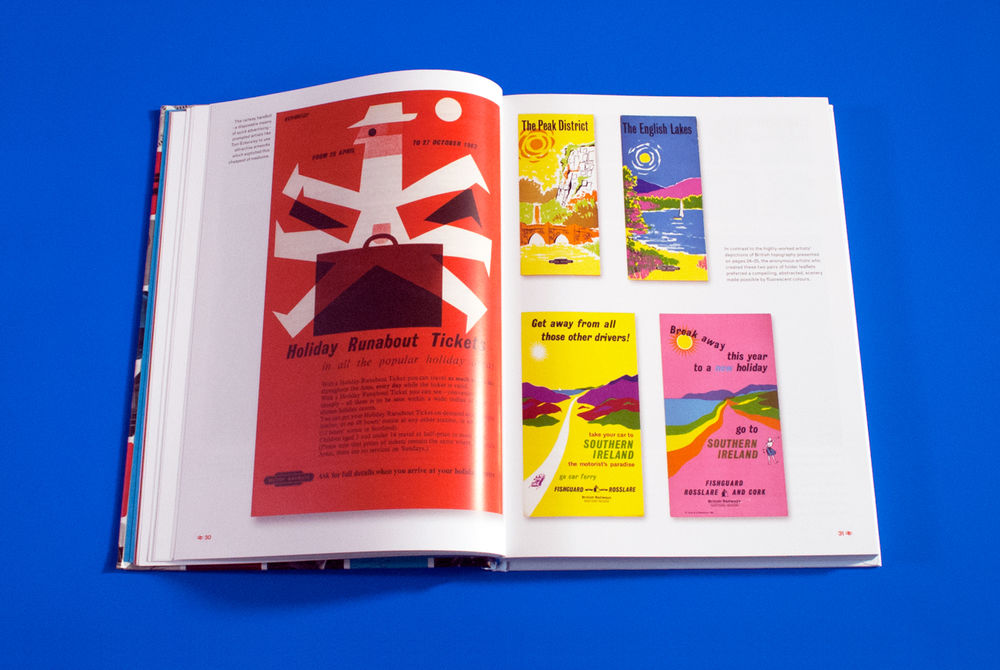 Was it difficult editing it down to just one book?
It was really difficult to edit down. But we knew this was about Transport design in all its contexts, from typography to uniforms, so I had to sample the best exemplars and put in information which was newly discovered. In the end we added thirty-two pages and refined the text many times to tighten it up.

Why do you think there’s been such a resurgence in interest in British Rail design recently? Is it mainly nostalgia, or is it something else?
The book determinedly avoids nostalgia. Nostalgia could not work, because the whole ethos of all the designers who worked for British Rail was modernity: not looking back. Yes, there are many people in their early fifties like me who remember, and want to access the design rather than the train numbers. There is also a generation around thirty years old who recognise the high-quality work undertaken across so many sectors of modern British design which were manifest on the railways.

What were the overriding factors which contributed to the success of British Rail’s overall design ethos?
From 1956 there was a very small team at British Railways who practised what we now call design management. It would not be encouraged now perhaps, but these mainly men knew each other in a small circle of emerging industrial designers, and shared the commissions. Some had been architects; some designed car bodies; some were experts at lettering design. The intensity of working in the period 1956-76 was extraordinary.

Do you think that Jane Priestman’s contribution has been somewhat overlooked?
Absolutely. Jane made her way in a world of male civil servants who, to a greater or lesser extent, felt they were railway-men. Jane was neither. Her recognition of the need for excellent commercial design upset some of the old guard. Her astute design management abilities were not always tempered with the sort of persuasion that entrenched colleagues could warm to. Jane's achievements with her team remain outstanding exemplars of transport design. 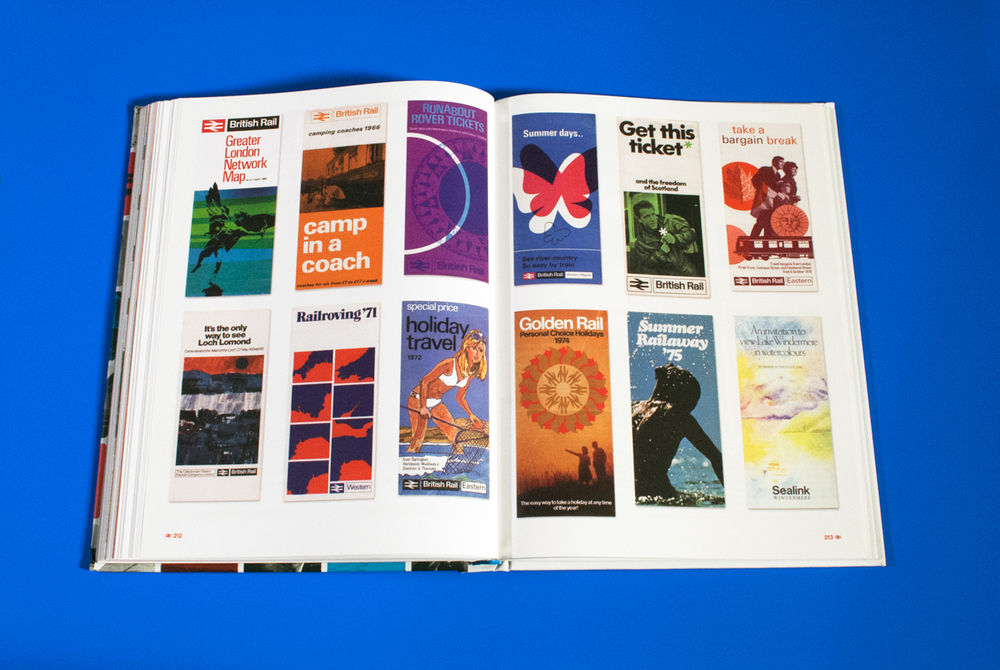 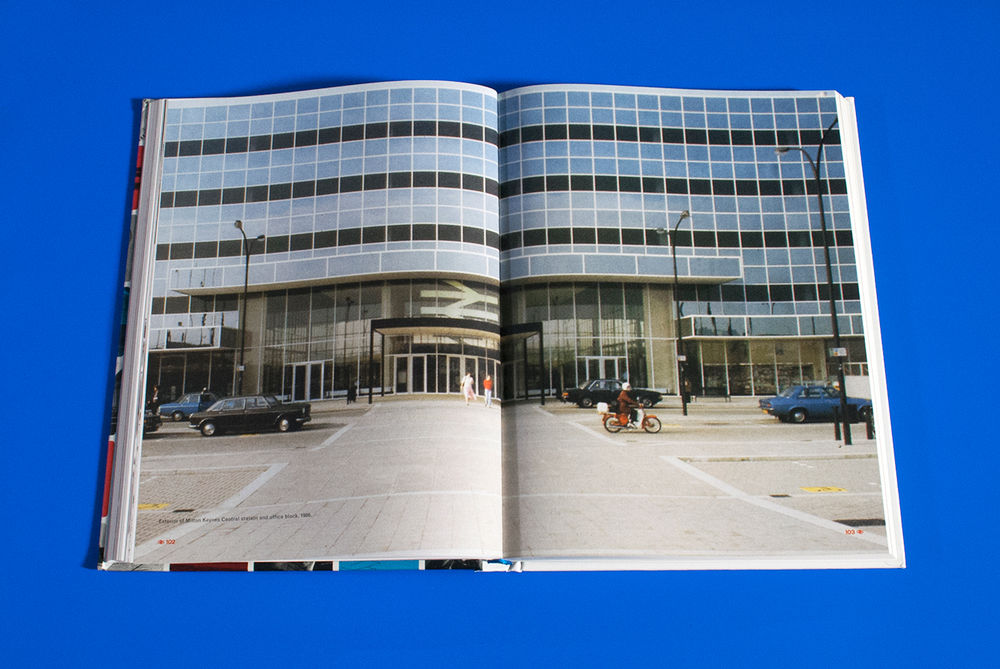 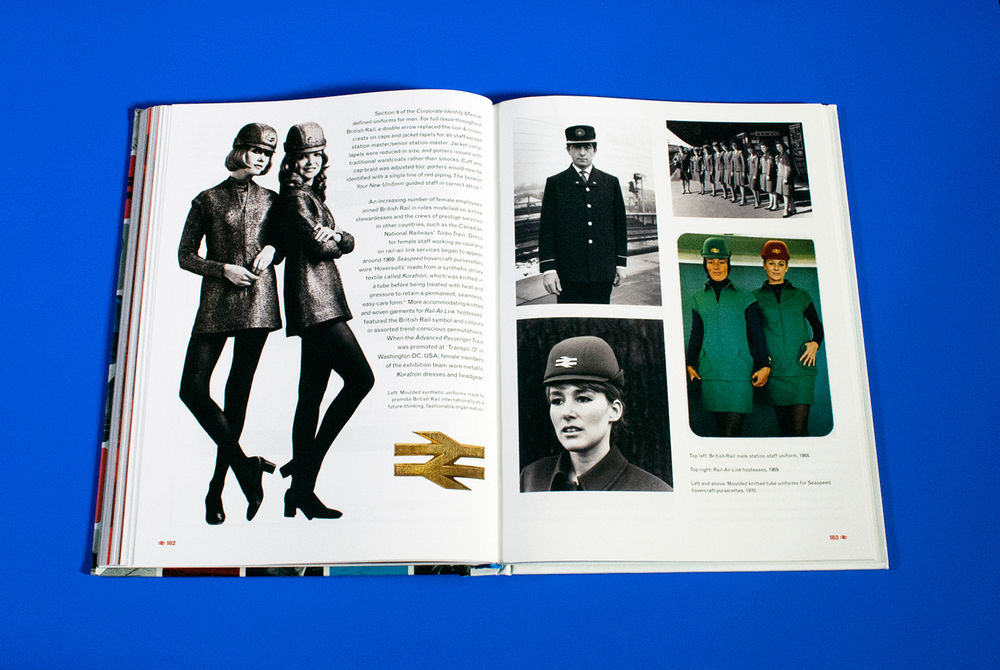 The book also looks at the 'design failures' – do you think anything has been learned from these?
The design failures were of time and place that it would be hard to recreate in our world of deregulation and hands-off government. There is not the money to throw at untested ideas in the same way now, but we're still human…

Can you pick out a favourite piece?
I'm so close to this stuff that a favourite piece is hard to identify. I guess I would have to say that it is actually the colour schemes – or liveries – developed by the design consultants Wilkes & Ashmore and Design Research Unit. These colours were innovative, and bridged industrial practice and new European design ideas.

What are your personal memories of British Rail?
Any answer here will potentially endanger my reputation. I can say that this is the first book I wanted to write, but I was 12 at the time I wanted to write it, so it didn't happen! I had to settle for immersing myself in the railway environment as I travelled around for school and leisure, and that is how it got under my skin. I was never interested in trains or numbers, but places where people and design came together. This interest sustains me still.