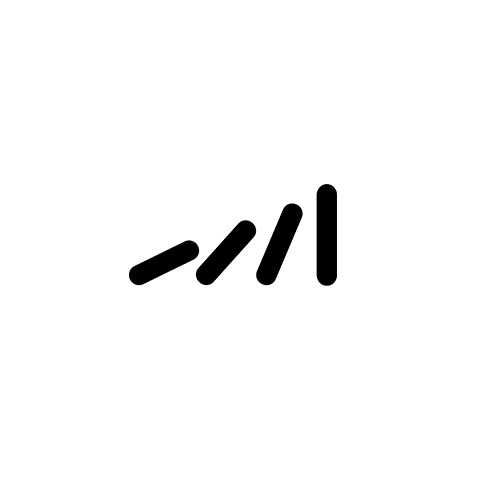 As I design and look at visual identities, I seldom require that the logo literally narrates the offering and intentions of its owner and thus takes sole command of the organisation’s visual representation. On the contrary, I find the logo to be just one element in a holistic visual system, and with some identities it is not even the most important one. Sometimes typographic choices, colour palette or patterns establish the central form of the visual identity.

Still, every now and then a talented designer meets an interesting client at the right time in the proper creative mood and the outcome is a nifty logo. In its reduced appearance it can be so clever and appropriate for its subject that it can alone assume the honour of being the client’s visual identity. You could dismiss everything else beside the logo and the identity would still work.

The logo for the Museum of Human Evolution, based in Burgos, Spain, is one of the most brilliantly straightforward logos I have seen. With four nearly identical elements the mark connects the museum directly to the most iconic concept in the study of humanity’s biological evolution: the development from ape to man. I do not know if it was the designer’s intention but you can also see another central construct of human biology in the logo, the double helix of DNA being reflected in the forms of the logo.

Although this kind of almost direct representation of the subject is not necessary, and most certainly not the aim of a visual identity, I find myself inspired and even envious when somebody succeeds in connecting a visual identity to the central ideas of the client’s world merely by copying the same shape a few times. My admiration in this case is aimed at the acclaimed studio of Manuel Estrada. They have designed this logo and countless other Spanish corporate identities over the last few decades.

Of course, next to the mark there is often type which emphasises the word “evolution”, yet it is really the mark itself which allows the viewer the delight of revelation: “I get it, I understand what it is supposed to be!” Such an insight is always a positive thing, as it provides the organisation, by way of its logo, with an interesting and memorable face. However, I do not think a visual identity can achieve much more than this level of interest and instant recognisability; the attitude of the public towards an institution is ultimately affected by the deeds behind the brand, not the words and images it dresses itself up in.

… is a design studio based in Helsinki, Finland specialising in creating meaningful brands and identities alongside designing books, typefaces and other beautifully crafted pieces of printed and digital matter. A particularly interesting recent project was a book, Conversations on Finnish Art Education, which featured unique screen-printed covers for each copy.

… is a city in the north of Spain, which  features – alongside the Museum of Human Evolution – a medieval cathedral which is a UNESCO World Heritage Site, winding lanes in a medieval city centre and a Book Museum. The Museum of Human Evolution was founded in Burgos due to the discovery in the nearby Atapuerca Mountains of fossils and stone tools of the earliest known Hominids in Western Europe.