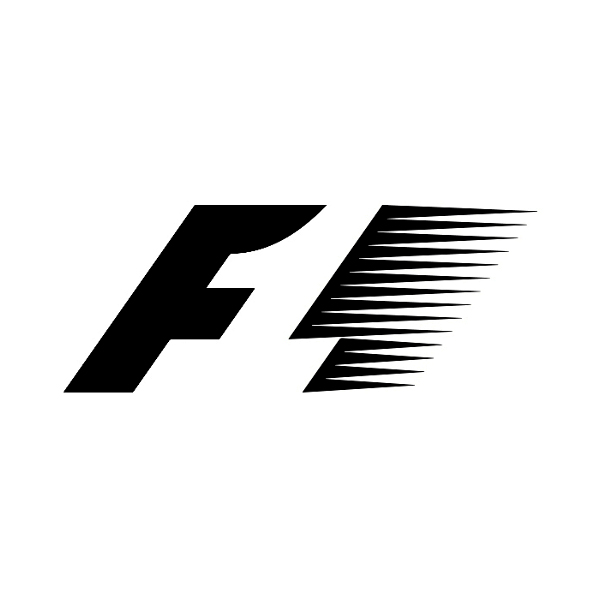 I have never been interested in sports. When watching football on TV as a kid, the only things that I saw were the logos surrounding the field. I was intrigued by these signs — my mind would wander off, considering what they meant. Man, I really wasn’t into sports.
If there was one thing less bearable for me than watching football, it was watching Formula One. Nobody in my family liked it, so I just came across it when absolutely nothing else was on TV. But not even the crazy number of logos plastered all around the racing tracks and on the uniforms could keep me watching. I loved the Formula One logo, though. The first time I noticed that there was an ‘F’ and a ‘1’ in there, my head exploded. Boom.
The logo in question was designed in 1987 by Carter Wong, and features one of the most recognisable uses of negative space in a logo. That logo has recently been replaced, with the new logo being unveiled a couple of weeks ago; its design was led by the great Richard Turley of Wieden + Kennedy London.

The redesign prompted a great discussion within our studio about what our role as designers is, and about what you should and shouldn’t redesign. My colleague Martin Kerschbaumer was just as disheartened, and he also recalled the moment when he first discovered the visual joke within the original logo when he was a boy (and he actually is into sports).
When you discover a great piece of graphic design, its genius often comes down to one thing: you see something that is intriguing. At first, you don’t completely understand it. After looking closer, you get it. Boom. Puzzle solved. Happiness. That’s what Carter Wong’s F1 logo miraculously managed to do. Bad graphic design is often missing that final step: You look at it closely, but it doesn’t do anything. There isn’t anything “more” there. Nothing clever, nothing emotional, nothing that would make your mind go further.
Unfortunately, that’s exactly what the new Formula One logo does: nothing. That wouldn’t be a big problem — after all, almost all logos out there do nothing clever or interesting. But the problem here is that the old logo did. Boom.

...was founded by Thomas Kronbichler and Martin Kerschbaumer, and is now in its third year. Considered one of the most vibrant graphic design studios in Italy, the Studio Mut team consists of between three and four people, all of whom are designers. Their work includes identity, print, editorial and web design for clients spanning art, culture and commerce. They are known for their exuberant style, both in person and in their work, and for creating grand and colourful works with an air of both playfulness and seriousness.

...was launched in 1994, during the fateful Championship season that would see the sport lose both Ayrton Senna and Roland Ratzenberger in separate incidents at the San Marino Grand Prix. Carter Wong had been working with Formula One and the FIA (the sport's governing body) since 1987, after a shared love of motor racing prompted Phil Carter and Phil Wong to approach an array of motorsport teams with a view to working with them. Little must they have expected the eventual call they received from Bernie Ecclestone himself, who was looking to raise the profile of Formula One to the same level as the Olympics and the World Cup, and who commissioned them to design a new identity fpr the FIA within a matter of days; the rest, as they say, is history.