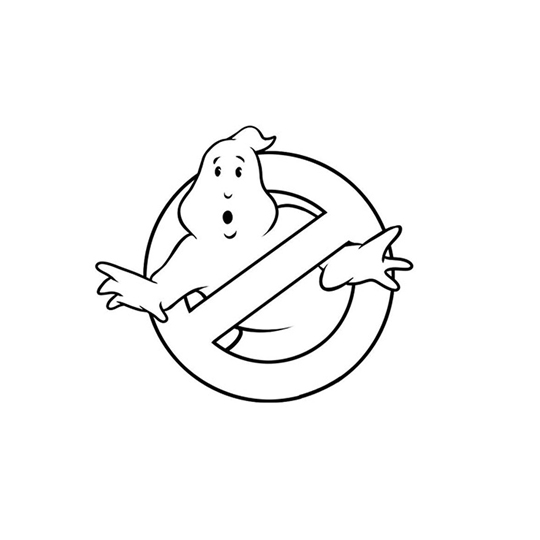 The first question I considered when writing this piece was ‘What is my favourite logo?’ Do I even have a ‘favourite’ logo? As a designer (who often designs logos) I guess it’s important to have a favourite. The usual standard ones came into my head, Apple, Nike, FedEx, but everyone immediately thinks of them, don’t they? I’d read something recently from a famous (god I hate that word) designer who’d said that when starting a project he wrote down all the ideas he had first, and then made sure he did absolutely none of them.

I needed to think about this, was there a subliminal reason I had taken a career that involved designing so many of the bloody things...It’s Christmas 1984 and I’m a young boy obsessed with everything supernatural, aren’t all young children? Anyway, a film premiers at the Cannon cinema in Southport called Ghostbusters and with it one of the most iconic and classic icons related to a film ever. Designed by Michael C Gross it was heavily linked to the film's promotion from posters through to merchandise. I fell instantly in love with it and HAD to have every T-Shirt, mug, sticker and book related to the film. OK, so I was obsessed with ghosts, but I also adored the logo.

To me an example of a good, no – scratch that – great logo, is one that if you close your eyes and think about it, you instantly imagine what it looks like. The thing about the Ghostbusters logo is that if I close my eyes and think about it I don’t just imagine the logo itself, I imagine the 1980s. A simpler, more fun time when I was growing up. If ever there was a logo so closely related to my childhood, it’s this one.

So what makes the logo so ‘good’ then? Forget the nostalgia for a moment and let us look at the actual design of the symbol. Well, it uses contrasting simple colours for starters. Red, black and white always work well together. But what also works well is the logo references the kind of signs we see everyday, the NO signs. Boring, dull and dictatorial, these signs instantly make us realise we are governed by rules. But add a cartoon ghost to the sign and suddenly we look at it in an entirely different light. It’s fun, energetic and interesting.

But you know what the best thing about the logo is? It’s the fact that, put simply, it’s not trying to be anything overcomplicated. It’s a sign that says ‘NO GHOSTS’ – which is the sentiment to the entire film. So maybe, the famous designer is wrong. Maybe the best logos are the simplest most obvious ones. After all, if I can remember that after over thirty-odd years, then it has to have done something right.

See more of Dave's work here, and foillow him on Twitter here. 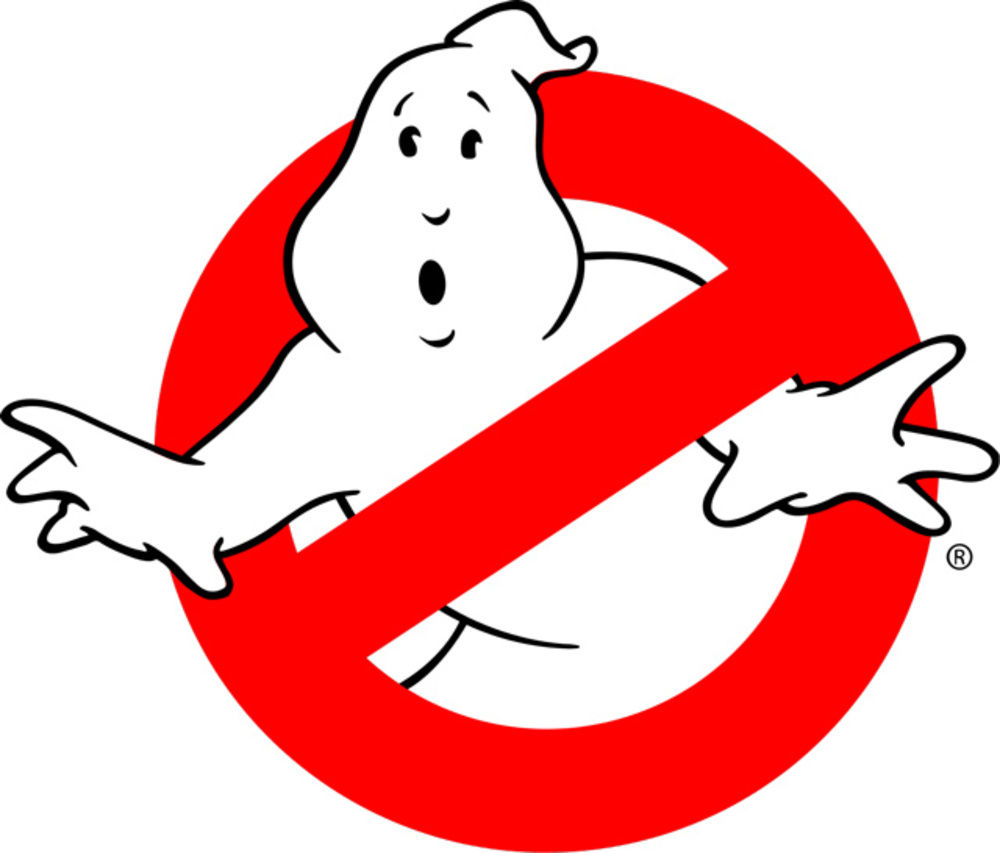 …was redesigned  by Michael C Gross for the film's second instalment in 1989. It's generally agreed that its one-legged ghost pulling a 'V" sign was a bad move, and that version has been quietly consigned to the cutting room floor, making way for the original logo to be resurrected for the film's third outing, currently showing at a multiplex near you.

…is the independent design studio of Dave Sedgwick, a graphic designer based in Manchester, UK. The studio specialises in visual identity, print design, web design and typography and works with clients of all sizes and sectors. One of the key aspects of the studio is forming long-term relationships with clients by delivering innovative and professional design work that tries to go above and beyond expectations.