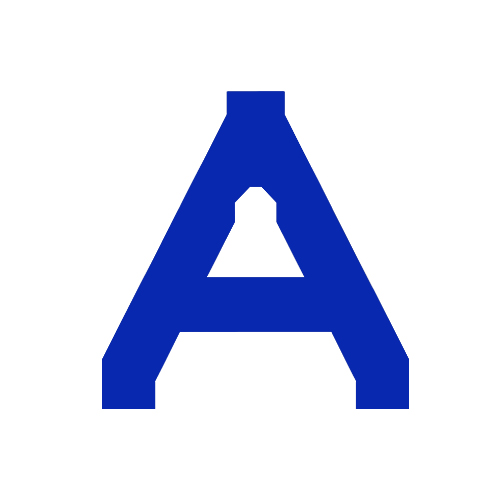 As a text designer for Penguin Books, a good deal of my time is devoted to selecting typefaces for long-form reading. For this measuring task a wide-angle lens is essential. Primarily, I see characters-as-a-collective or to put it another way, view a typeface as a visual posse of shapes, capable of gliding, marching, dancing, strutting or even tip-toeing to a particular rhythm. In simplified terms, I shape the page, one eye fixed firmly on legibility and typographic legacy and think in blocks of text. I scan a face for an even tempo, examine for needed moments of contrast and make my choice.

In other design work, I’m not so bound to the 500 yr-old convention of text reading, meaning my typographic palette can be wider.

Citizen, Emigre's [1986] typeface by Zuzana Licko certainly fulfils a different kind of brief. This overlooked early output of the foundry articulates a style not solely driven by revivalist pretensions and its voice is one of striking belief in primitive design technology. Addressing issues of low resolution, laser printers of the 80s offered a 'smooth printing' option enabling previously crude bitmapped squares to be smoothly bridged. Taking inspiration and approximating this function, Licko designed Citizen, creating letter shapes using straight lines only, lots of them.

To use it, you feel the ghost of the pixel within its DNA but this is not its defining characteristic. It doesn’t occupy the stepped-pixel look of Licko’s earlier Oakland typeface [1985] or aloof economy of American Type Foundation's OCR-A/B [1968]. Citizen’s aspirations of being a typeface does not extend to absolute perfection and so the contrast between the mechanical and the personal, realized through fat pronounced serifs, stunted descenders and swollen counters gives a surprising amount of energy on a page.

Many of Licko’s type designs reveal a dedication to the computer as ‘medium’ by deploying shapes naturally generated by the computer and working with its then restrictive capabilities as opposed to ironing them out. Wim Crouwel’s New Alphabet [1967] also designed to embrace limitations of technology (phototypesetting), resulted in a brutal but much applauded face comprising of thick vertical and horizontal strokes only. Countless interviews with Crouwel find him retrospectively poo-pooing the New Alphabet, measuring his efforts by the legibility stick and somehow not acknowledging the sheer invention of it all. I get the feeling that Licko doesn’t do this.

In the summer of 2016 I was lucky enough to spend some time at the incredible Letterform Archive in San Francisco whereby a recent donation by Licko and Rudy Vanderlans of Emigre’s full archive, totally indulged me for my two-week visit. This included material from both the Emigre font foundry and magazine [1984–2005]. Conscientiously thorough in everything they did, I was privy to the full philosophy of the couple, their commitment to developing the dialogue of graphic design and euphoric belief and cerebral approach to emerging technology.

Most definitely Citizen and other Emigre typefaces came back on my radar after this experience. Previous to this, the Emigre font foundry had stylistically saturated the 90s (also FUSE, LettError, T-26) and so was by default, synonymous with the decade. But the distance of time offers new perspectives and my recent use of Citizen has untangled my previous associations. Reminding me that re-evaluation is still a beneficial exercise for a typeface (and designer). 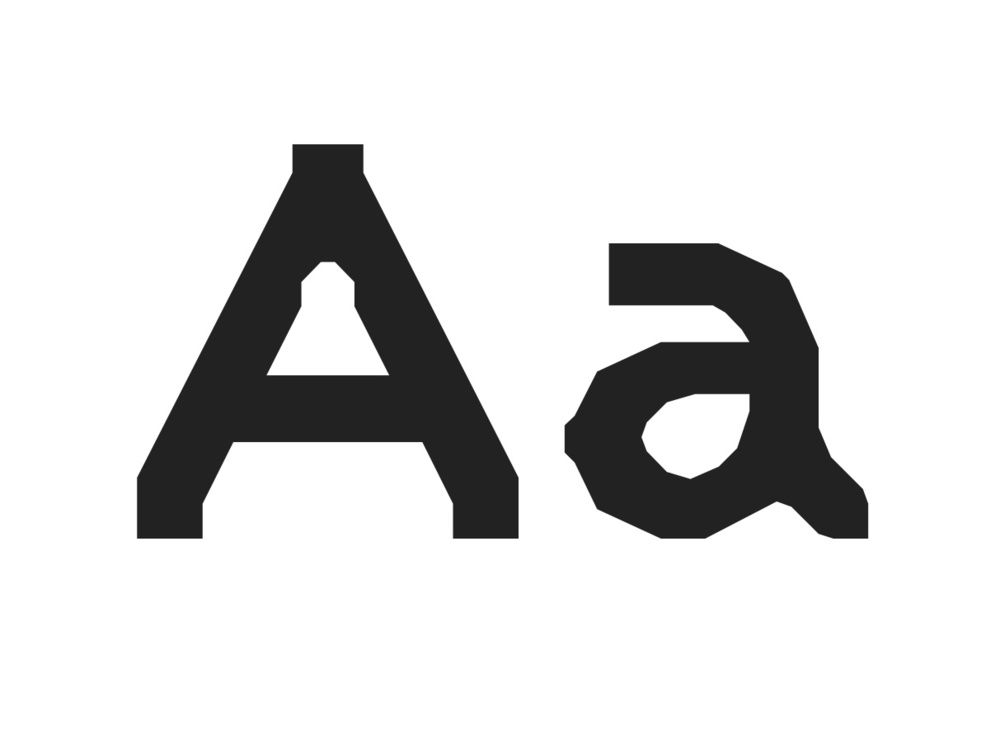 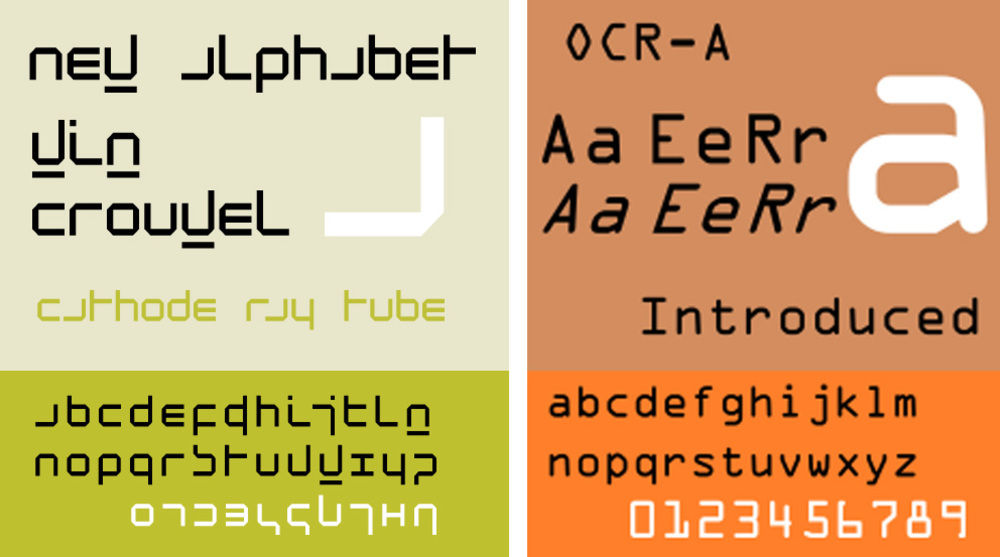 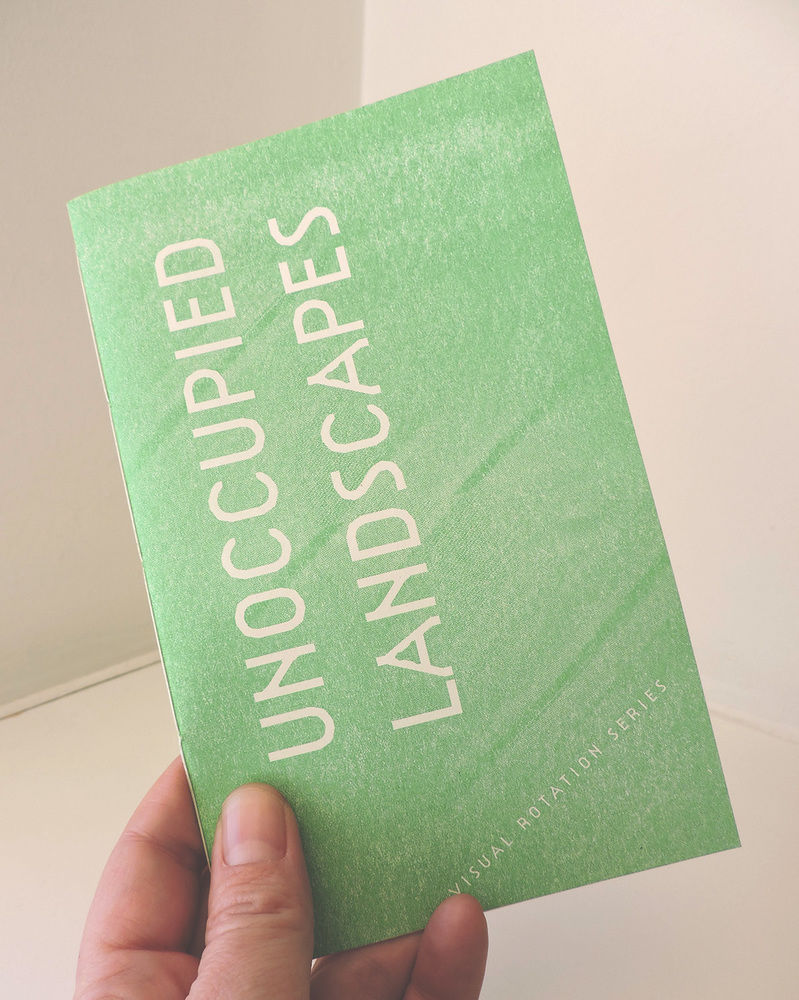 Citizen in use. Spreads/Cover from Unoccupied Landscapes. Essays on Visual culture and Album Cover Art, part of the VISUAL ROTATION series. Self published. 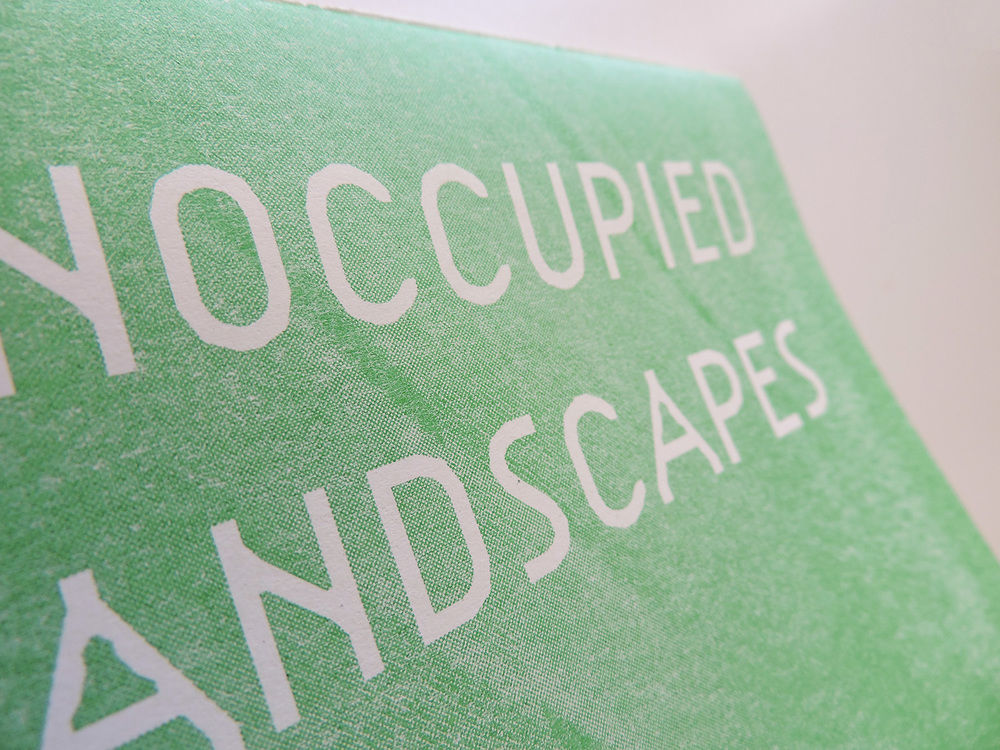 … is the senior Text Designer for Penguin Books UK, designing the interior of books using tradition ‘mark-up’ methods. Her role also entails maintaining typographic standards, working with Penguin’s Composition Rules and keeping an eye on design heritage. In a freelance capacity Claire is a book designer working with clients such as Book Works and most recently Four Corners on See Red Women’s Workshop, published Sept 2016.

…was once described by design god Massimo Vignelli as "typographic garbage factory," but it would seem that even the confirmed modernist eventually warmed to the renegade type foundry. As well as producing a raft of mould-breaking fonts, Zuzanna Licko and Rudy Vanderlaans also found time to produce Emigre (the magazine), a now highly-collectible publication whose writing matched the challenging nature of many of the foundry's typefaces. Read some of its classic articles here.