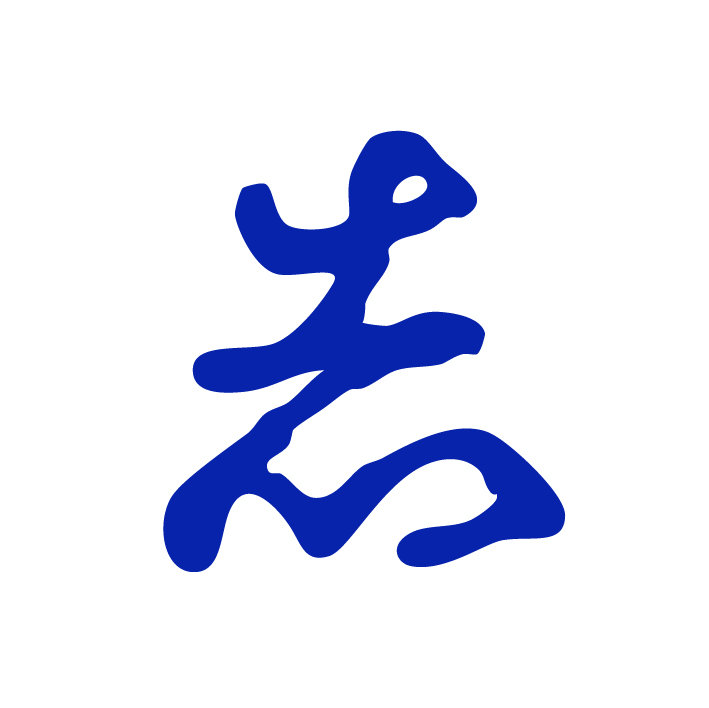 Hentai-gana 変体仮名
Two years ago, I started to research the history of Japanese fonts. Following this trail, I ended up settling down in Tōkyō a few months ago to indulge in contemplation of old Japanese characters.
The Japanese script is a complex one, as it combines thousands of sinograms, a first syllabic system called hiragana, and a second syllabic system called katakana (and also various latin letters or figures, otherwise Japanese typeface designers wouldn't be challenged enough, obviously).
In the 7th century, when the Japanese imported sinograms from China, the Japanese language had no written form and all necessary texts were written in Chinese. But after several decades, the Japanese started to use the sinograms for their sound, rather than for their meaning, to transcribe their own language. As they were written by hand, the sinograms naturally evolved towards more cursive shapes, a process that resulted in the formation of the hiraganas that are now essential to the Japanese writing system. A hiragana represents one sound, the same sound as the sinogram it originated from.
However, even if different sinograms shared the same sound, their 'cursification' lead to different hiraganas. So for one sound, Japanese ended up with several shapes, and for centuries, nobody cared. But in 1900, a script reform occurred, and Japanese officials decided to keep only one hiragana for each sound.
All the hiraganas that were set aside became outlaws, banished from the official writing system, and they are now called hentai-ganas (変体仮名), which is quite a derogatory name in my understanding, as the word hentai literally means 'that which differs from the norm'.
There are currently discussions about whether to include the hentai-ganas in Unicode or not. At the present time, they are not part of it, but this may cause problems in the future when transcribing a classical text: you can not keep the appearance of it, you have to write it with modern kanas and you may loose some of the intentions of the author. If she or he chose one kana rather than another, maybe it was for a good reason, even if merely aesthetic reason. (Modern occidental society may value 'function', but a choice that is led by something other than function can nonetheless be a meaningful choice.)
The example I have chosen to show here is not a hentai-gana from a digitised typeface, but a picture derived from a printed hentai-gana made of metal, intended for letterpress. This underlines the tension between the calligraphic origin of the kanas and the rigorous norm that typography has applied to their shapes—the contrast between the natural, flowing movements of a living hand and the constraints of technology. Signs had to fit small blocks of metal; they had to behave, and the extravagant ones were fired from the team. In a sense, typography is one of the reasons behind the extinction of the lively hentai-gana species.
But thanks to the digital era there is hope today, with signs being freed from their stiff blocks and gaining a new liberty on the flexible canvas of screens. In some cases, technology can mean freedom after all. 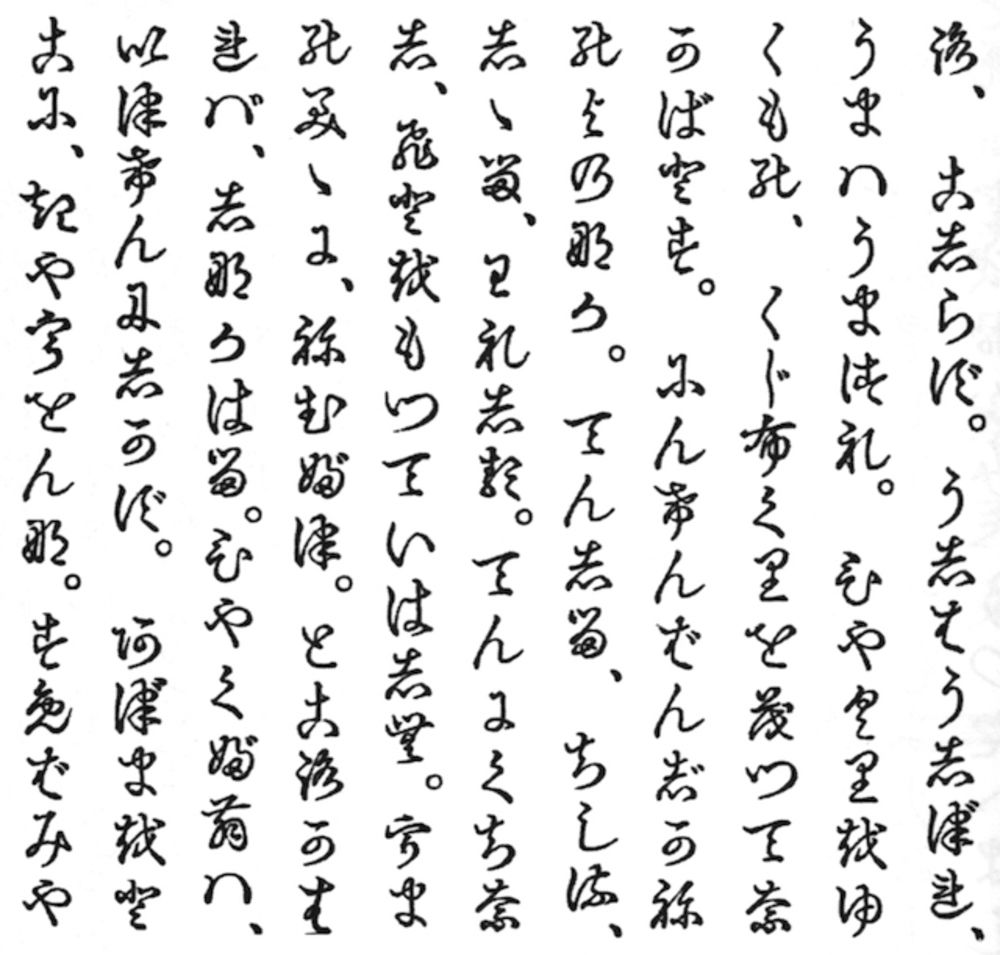 ...is a type foundry based in Paris, created in November 2010 by Émilie Rigaud. After completing an MA in graphic design at ENSAD (France), Émilie began a further MA in typeface design at the University of Reading in 2008. It was here that  she created the Coline type family, which was awarded the 2011 Type Design Prize by the Tōkyō Type Director's Club. Since 2013, she has been teaching at both the Atelier National de Recherche Typographique and ENSAD, and she is currently researching Japanese typography.

...is often considered to be one of the most complicated in the world. It is a combination of three different character types: those adopted from the Chinese alphabet, known as logographic kanji, of which there are several thousand in regular use; kana, which each correspond to one specific sound or syllable in the Japanese language; and elements of the Latin script, known as romaji. This complex mode of codification can result in two different words having the same pronunciation, but rather different meanings. The word hentai is an example. In the context of this article, where it is expressed as 変体, the word roughly translates as 'variant'; in other, distinctly NSFW circles, it is expressed as 変態 and has a rather different meaning altogether. Google it at your peril.