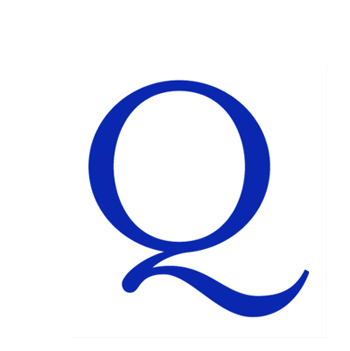 My interest in typography has always been characterised by a feeling of uncertainty and during the past year I have realised that it is most likely associated with a lack of female role models in the discipline. Because of this, I started looking for typefaces that were designed by women to see if they even existed.

Zuzana Licko's typefaces were some of the first ones I came into contact with, and she has continued to be one of my biggest role models. Licko was born in 1961 in Bratislava, Czechoslovakia, and emigrated to the US in 1968. She graduated with a degree in Graphic Communications from the University of California at Berkeley in 1984. Together with her husband Rudy VanderLans, Licko is the co-founder of studio, foundry and (later) magazine Emigre.

Mrs Eaves is a transitional serif typeface that Licko designed in 1996. The amazing thing with Mrs Eaves that it’s not just a beautiful, poetic typeface that plays with the traditional, but it also has a story behind it and makes a point about women’s role in graphic design, and the workplace in general. Named after Sarah Eaves, wife of famous and successful typographer John Baskerville, it tells the story of one of the many forgotten women in the history of typography. Not only was she his workmate, but she also finished many of the unfinished volumes of work left behind after Baskerville’s death, receiving little credit for it. How Licko combined the craft of typography with a narrative always amazed me.

Licko and her work is one of the reasons I was inspired to carry out my graduation project Typequality.com. Typequality.com is a digital platform for sharing and discovering typefaces by women. Through Typequality, everyone can contribute to a more balanced typographic room. Knowing how important Licko has been for me as a source of inspiration, I'm convinced that role models are important for every young girl who wants to enter the world of typography. Typequality.com wants to make sure that graphic designers internationally can discover and use all the fantastic work by women in typography. At the moment of writing this, there’s almost 125 typefaces uploaded on Typequality.com and I’m sure it'll keep growing and growing every day.

…is a graphic designer and art director born and raised in Stockholm, Sweden. This spring she graduated from Beckmans Collage of Design with a BA in Visual Communication. Her interests include photography and graphic design and she's hoping that her graduation project, Typequality, will help contribute to a more level playing field in the world of design.