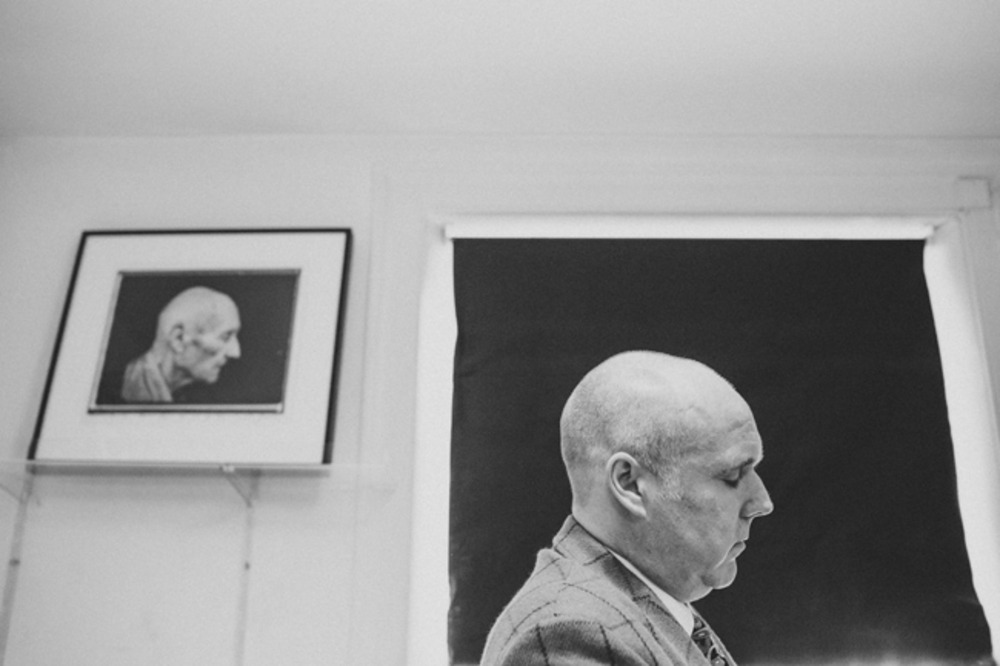 After featuring as an object of inspiration in one of our previous Take Five columns, we asked Carl Williams to give us a greater insight into the esoterica he accumulates, catalogues and trades in at Maggs Brothers, the famous rare book and manuscript dealer located in London’s Mayfair. There, he specialises in countercultural artefacts; formally a student of Sociology and then Diplomatic History at the LSE, he has a storied career in book-selling and also frequently talks and curates on subjects ranging from madness, the carnivalesque and the macabre to protest, punk and the occult.

Williams is especially fond of a quote by the 19th Century Russian revolutionary anarchist Mikhail Bakunin: “The passion for destruction is a creative passion”. There is something paradoxical about Williams’ particular area of expertise and the relatively slow pace of life of his current trade, a fact that he freely acknowledges; in his own words “I work in an old bookshop in Berkeley Square, a sedate world with no conflicts worthy of any mention, but that passion for destruction lives on in the books and stuff that we deal in. My ‘Counterculture’ section, in particular, has countless examples of that Bakuninist creation/destruction paradox.”  Below, he details some of the most incendiary items to have passed through his hands. 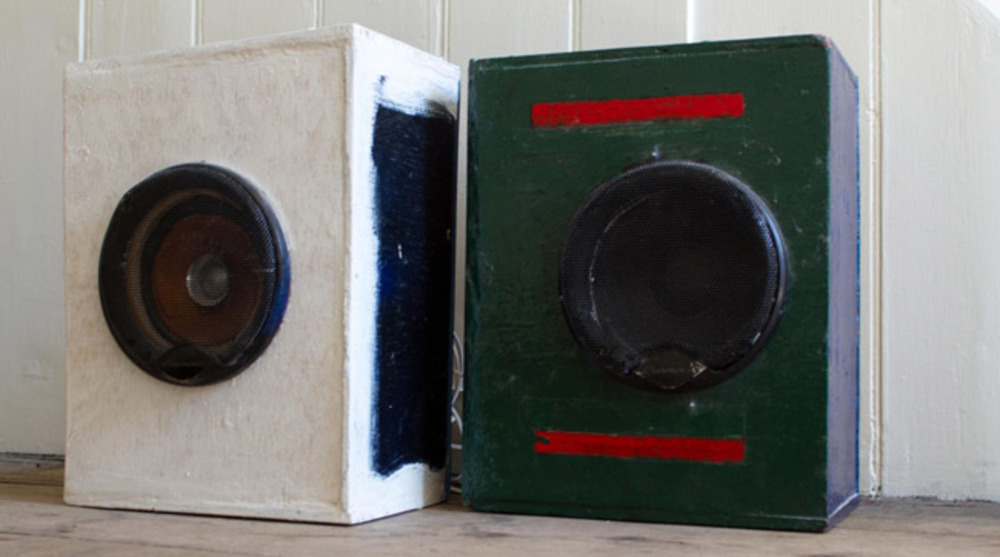 These handmade and hand-painted wood cabinets with Pioneer mesh grilles, probably made out of scraps of wood, are roughly painted in gloss blue with green and red additions on one and white sections on the other. They came from the sale of Roger Keith “Syd” Barrett's worldly goods at Cheffins auctioneers in Cambridge, England. The auction ran on 28 and 29 November, 2006. It was a significant cultural event in itself, drawing a vast crowd and many telephone bidders. I later sold them to the LSD Library and now I have them back again. They are a bit like Syd, the creative genius of Pink Floyd, after the onset of — I speculate — possibly untreated mental disorder and a strongly auto-destructive reaction to good ‘60s LSD and Mandrax. 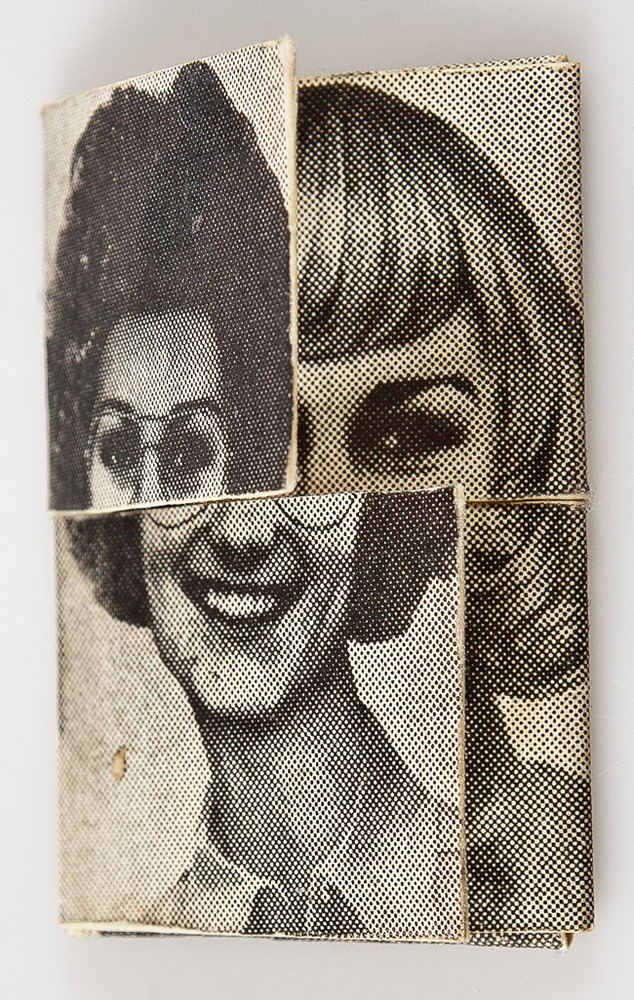 A miniature handmade police face-composition book illustrated with newspaper portraits of Patty Hearst, the newspaper heiress who was kidnapped by the Symbionese Liberation Army and a supposed case of Stockholm Syndrome. She later emerged in bank heist footage as an SLA soldier with the nom de guerre ‘Tania’, toting a machine gun and wearing a beret and dark glasses. The book emerged from a “liquid lunch and a ‘what if?’” conversation between Tom Raworth and Michael Myers, members of the highly creative and punkily destructive Zephyrus Image press. It was printed under the aegis of their ‘labor donation arm’ — the Hermes Free Press — and paid for by a National Endowment For The Arts grant. 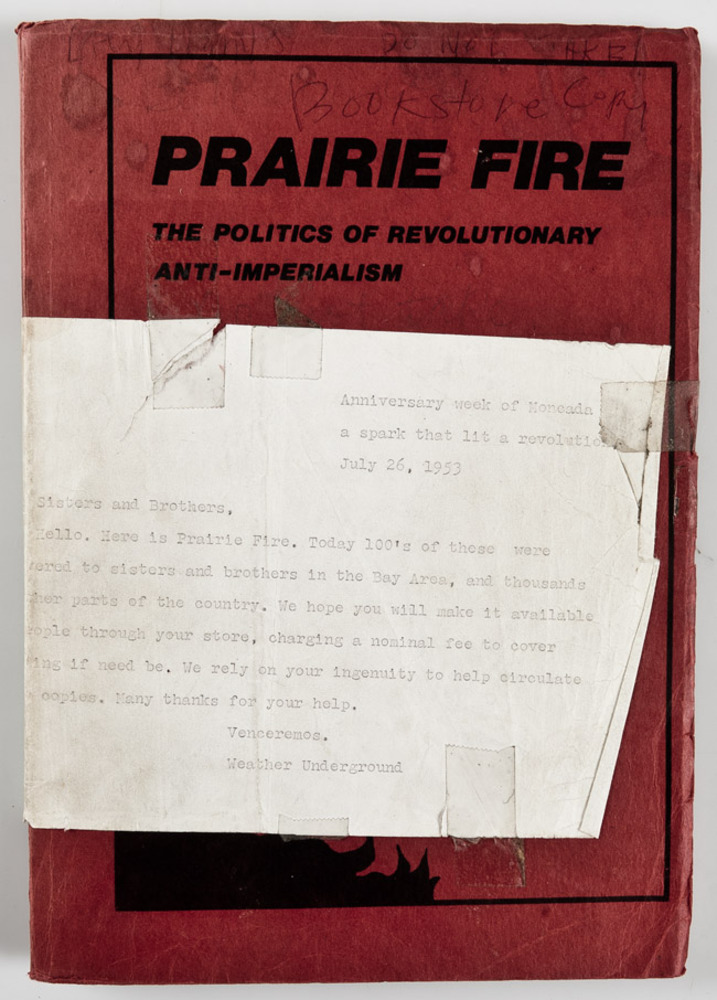 A first edition of a samizdat book, produced clandestinely, by another American urban guerrilla group, printed in the same year as Hours of Fun. It has a Weather Underground, mimeographed distribution notice taped onto  the covers. With  “Do not take Bookstore copy” scrawled on it. The notice reads:

Hello. Here is Prairie Fire. Today 100's of these were [deli]vered to sisters and brothers in the Bay Area, and thousands [in o]ther parts of the country. We hope you will make it available [to p]eople through your store, charging a nominal fee to cover [handl]ing if need be. We rely on your ingenuity to help circulate [these] copies. Many thanks for your help. Venceremos. Weather Underground.”

The book signalled the group's move way from armed struggle after a tragic bomb accident that killed two Weathermen in Greenwich Village in 1970. “Weatherman"  was taken from a line in a Bob Dylan song entitled Subterranean Homesick Blues. The group was largely made up of highly-educated, creative, attractive, white men and women in their twenties and of upper middle-class origins, as were many in the 'committed' sixties 'New Left' counterculture as a whole.

After the Greenwich Village bomb and much debate, the guerrilla war was pushed aside and bombings were described as a form of “armed propaganda”. They now dug in deeper to a countercultural style of life with its communes and vegetarian diet and Prairie Fire’s much softer message won them a wider spread of contacts from Tom Hayden to the Symbionese Liberation Army.

The fifteenth anniversary of the Cuban Revolution was on July  24th, so, it was a propitiously red date for releasing the book. They would print the publication in an underground manner as well. The rather comic book sounding Red Dragon Print Collective was a small, clandestine print shop run by a cell of comrades. Distribution of the finished book was carried out in a guerrilla fashion as well, with the entire organisation, including the public-facing cadres, doing covert bookstore drop-offs.

An famous example of scrip (a term for a substitute for legal tender), created as a street prop, by a group of wildly creative destroyers of established norms, the original ‘freegans’. The notes were produced to point out or subvert the established consumerist society. It is printed on both sides in black. One side reads: "Within A Free Frame of Reference. The Free men of the whole world (not to be construed to be ‘real’ in any American sense)”, and the other "Love! [one] to one now. A manifestation of the new economic spirit arising out of the radical changes now facing western man. Will he survive." The Diggers literally had a large picture frame, the “Free Frame of Reference”, outside of one of the Digger Free locations, to walk through. Some Diggers wore smaller Free Frames around their necks. 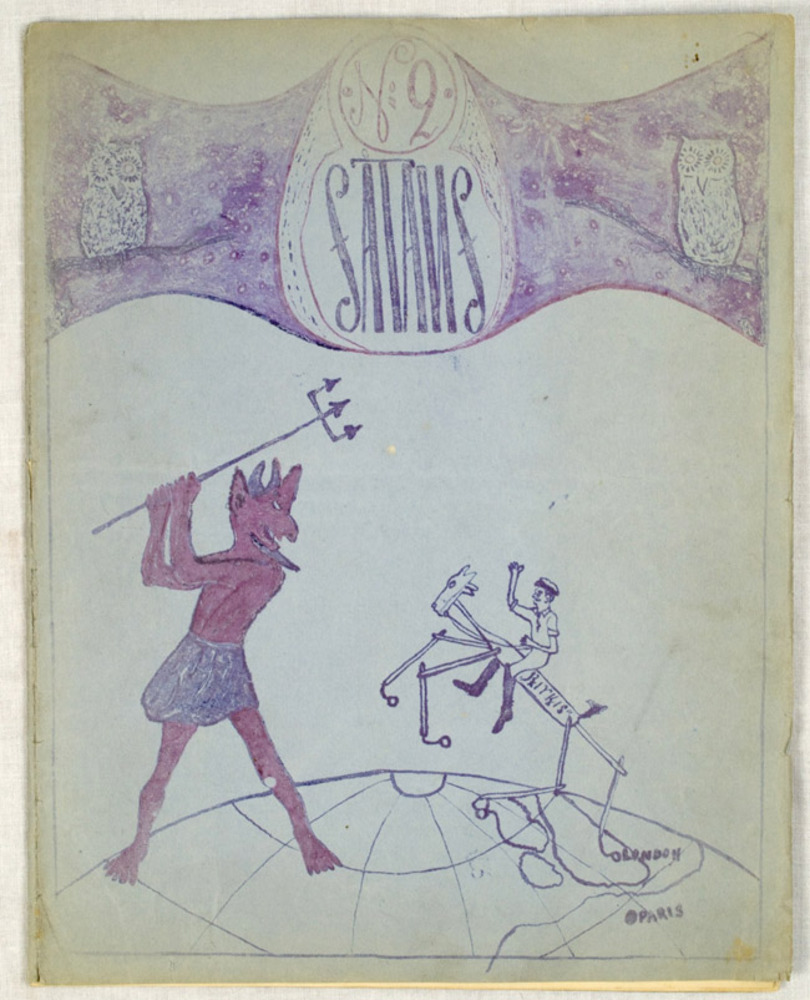 The Siege of Sidney Street has become as much a part of the lore of East End life as Jack The Ripper or The Krays and its supposed illustrator, Peter The Painter, has taken on a near mythical status akin to Robin Hood or Billy the Kid. A rare Hectographic printing in purple text with hand drawn illustrations and some hand-colouring; loose leaves in blue illustrated covers. The text is written in archaic Latvian; largely without orthography and phonetic, with a  few sentences in German and Russian. An unknown hand has inscribed it with:  “Found at 59, Grove St., E.supposed sketches by Peter the Painter”.

His gang had attempted to rob a jewellery shop in Houndsditch and were traced to 100 Sidney Street on 2 January, 1911. The occupants of the house fired on the unarmed British police with Mausers (better guns than the police had).This turned into a huge media and police event with cannon being rolled into the field of play and many hundreds of armed officers on site. The then Home Secretary Winston Churchill was also in attendance. A contemporary newspaper account noted that around three-hundred-thousand Londoners looked on as the police check developed into a siege. After seven or so hours, the building caught fire and the two occupants, Fricis Svaars and William Sokolow, were killed. Svaars and Sokolow were members of a Latvian anarchist based guerrilla group called 'Liesma' or 'The Flame'.

Booktrade lore notes that this ‘zine was in the possession of a London policeman's family and passed thence by descent to his daughter. We do not know for certain if Peter The Painter had a direct hand in producing the journal but it was certainly produced by Latvian anarchists in London in the period  immediately preceding the events at Sydney Street and it resembles other publications produced in Latvia by the same group. The Siege was the 9-11 of its day and I sold it on that basis to a big library.