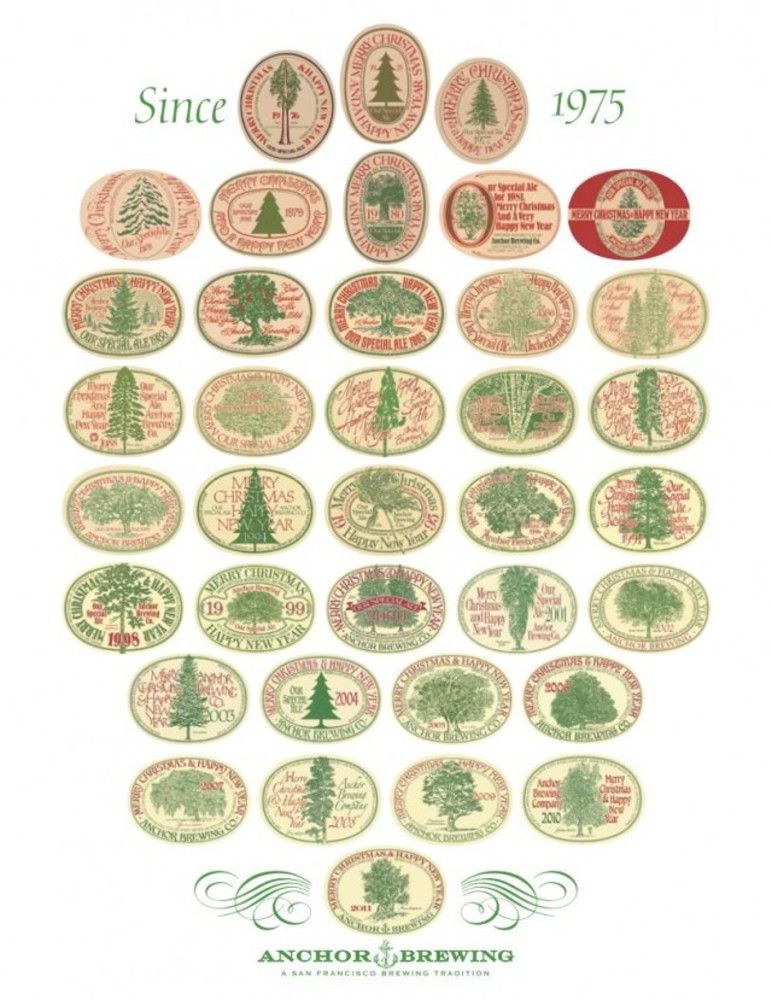 By this point in December, with most of the shopping done, you'd be forgiven for being slightly sick of the sight of Christmas-themed products—especially big brand offerings, which all tend towards the same slick festive aesthetic. In comparison with all of that, the labels created each year for Anchor Brewing Co.'s annual Christmas Ale offers a rather lovely counterpoint.

Founded in 1896 in California after the famous Gold Rush, Anchor made its name brewing steam beer, also known as 'California common beer'. After a difficult few decades in the mid-twentieth century, the company's ailing fortunes were revived in 1965 when it was purchased by Frederick Louis "Fritz" Maytag III, who invested in its equipment and expertise, turning it into the country's first microbrewery. Since 1975, the company has created a special Christmas Ale, using a different recipe every year.

The beautiful labels for each edition of the Anchor Christmas Ale are designed by Bay Area artist Jim Stitt, who has hand-designed every bottle label for the company for over 40 years. A former technical illustrator for Boeing & Co., with many years experience as an art director for ad agencies across the West Coast, Stitt is now in his late eighties and eschews digital assistance in his label designs, matching his hand-crafted aesthetic to the handmade nature of the company's beers.

Since its launch in 1975, every Christmas Ale label has featured a drawing of a different California tree, to mark the winter solstice—the choice of species each year is influenced by milestones in the life of Anchor owner Fritz Maytag, a committed tree-lover himself. The labels' mix of typography and illustration, and their simple colour scheme, capture the traditional spirit of the season without being overly nostalgic, sentimental or twee, and the designs from the past four decades offer a snapshot of changing typographic tastes.

Below is a selection of some of our favourite designs from the seventies to the present day, including this year's label featuring the 1000-mile tree. This lonely pine tree in Utah was discovered by workmen building the overland route of the Union Pacific Railroad, one thousand miles from the eastern terminus of the line at Omaha, Nebraska. Season's greetings from everyone at Grafik. 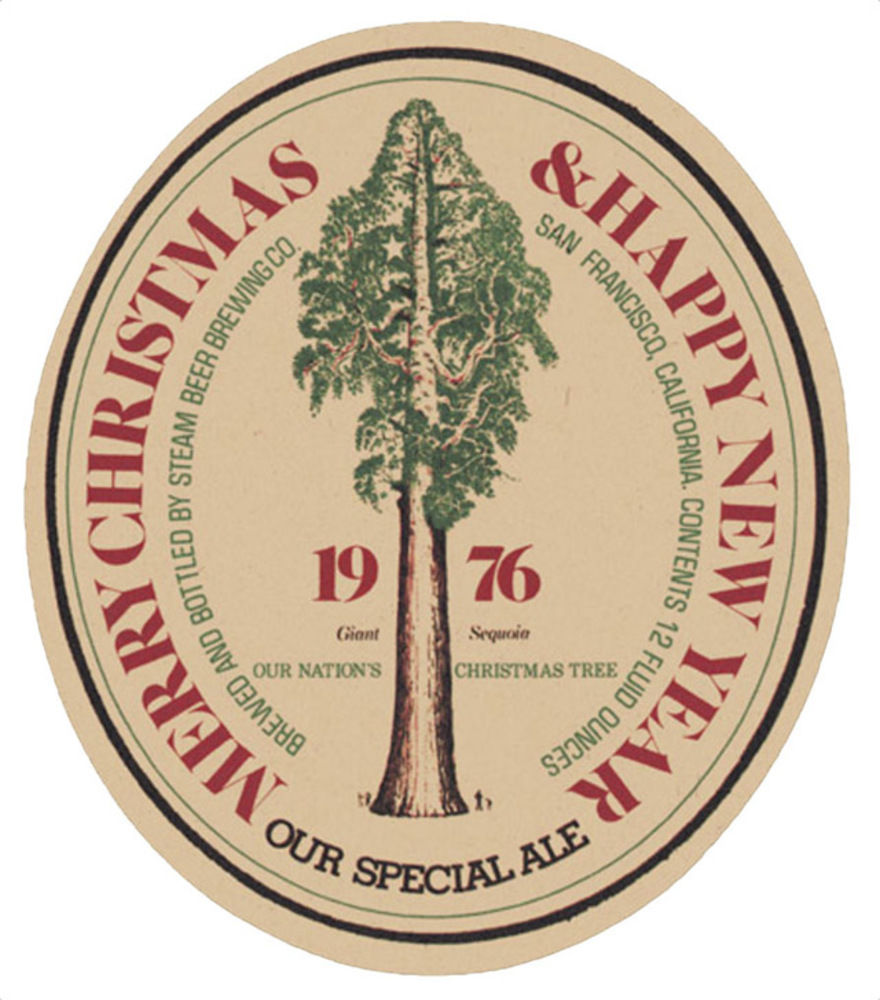 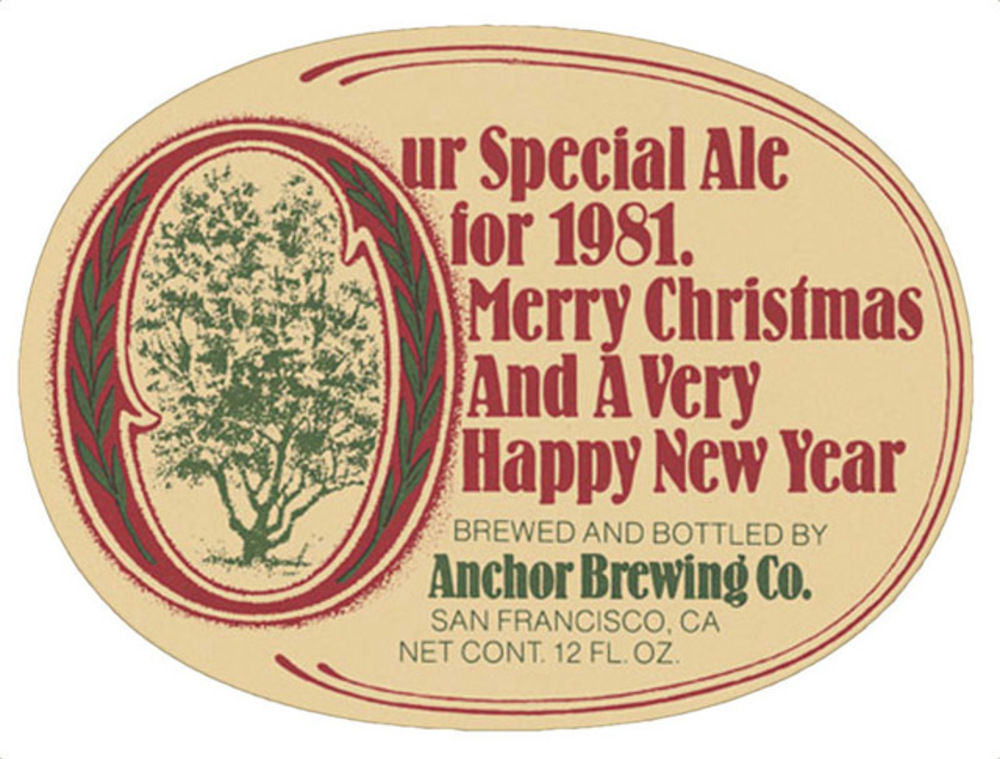 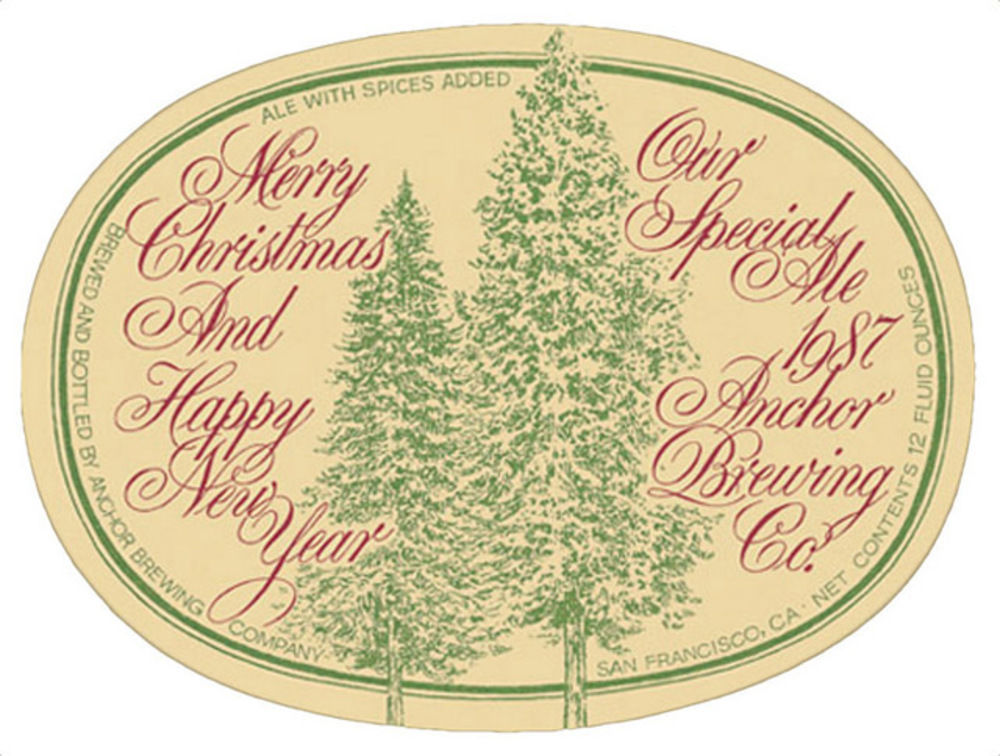 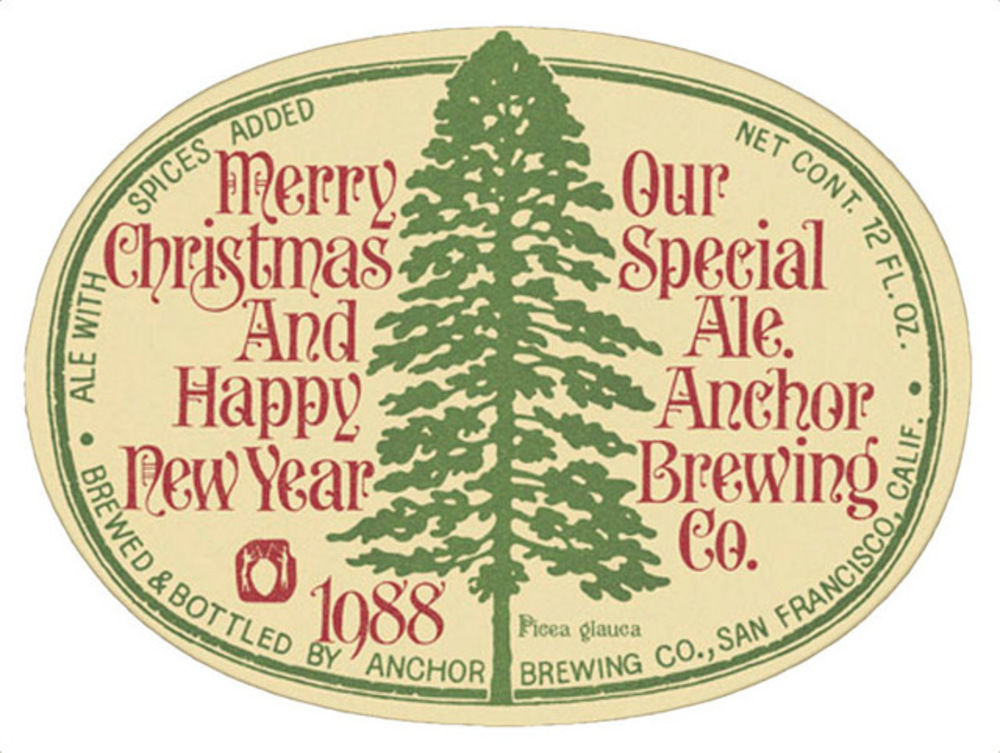 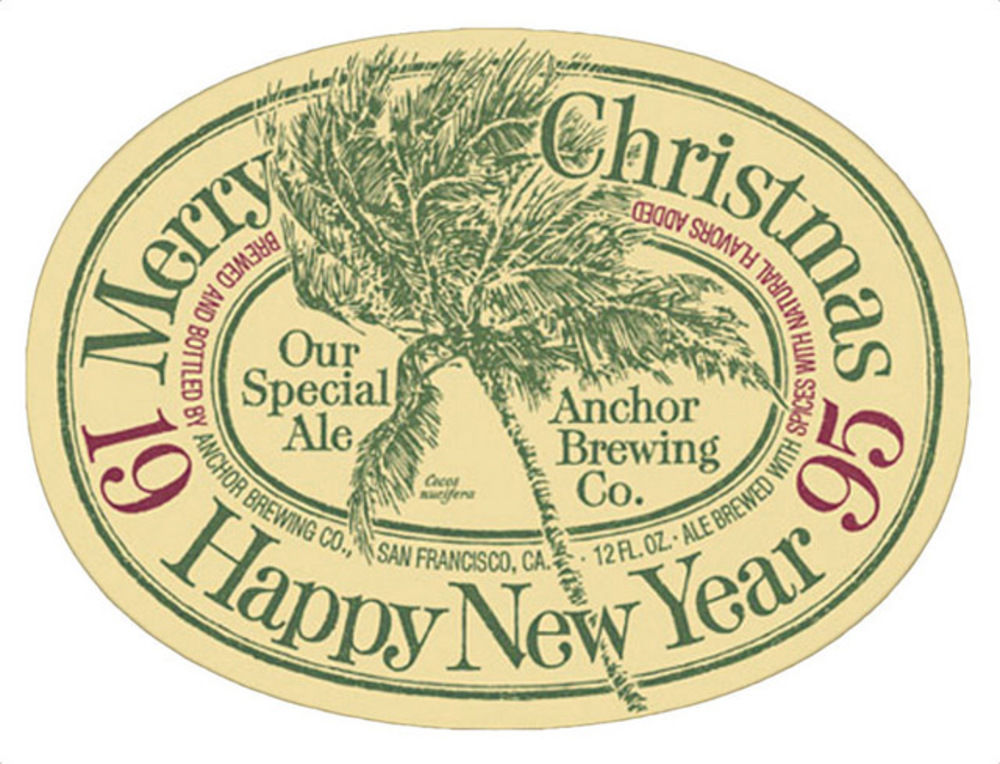 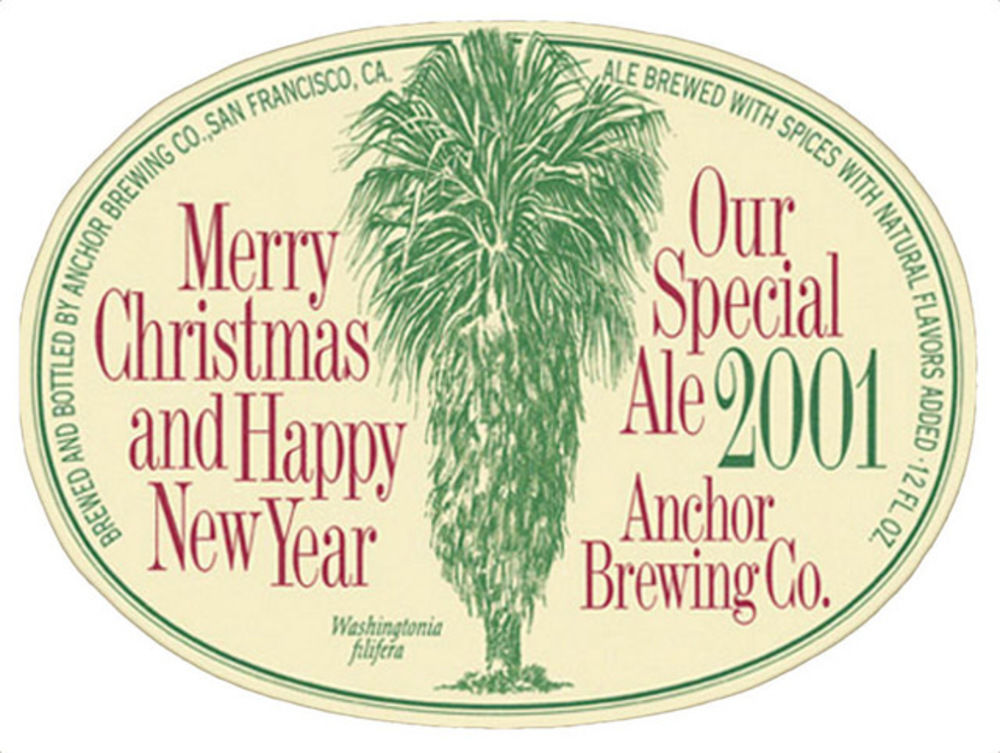 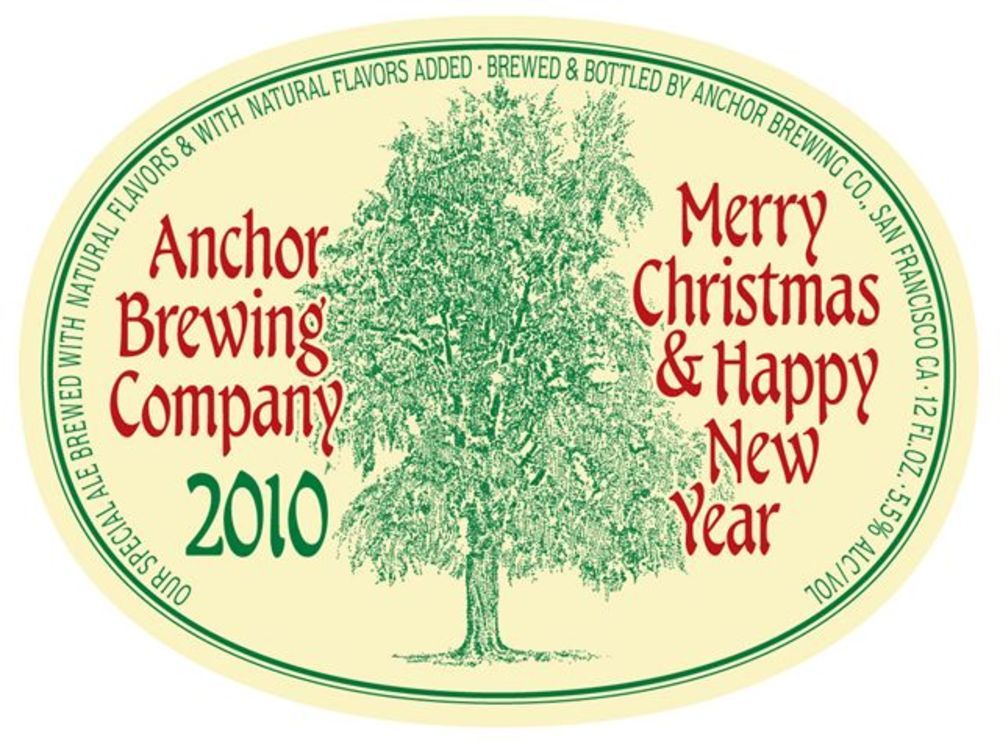 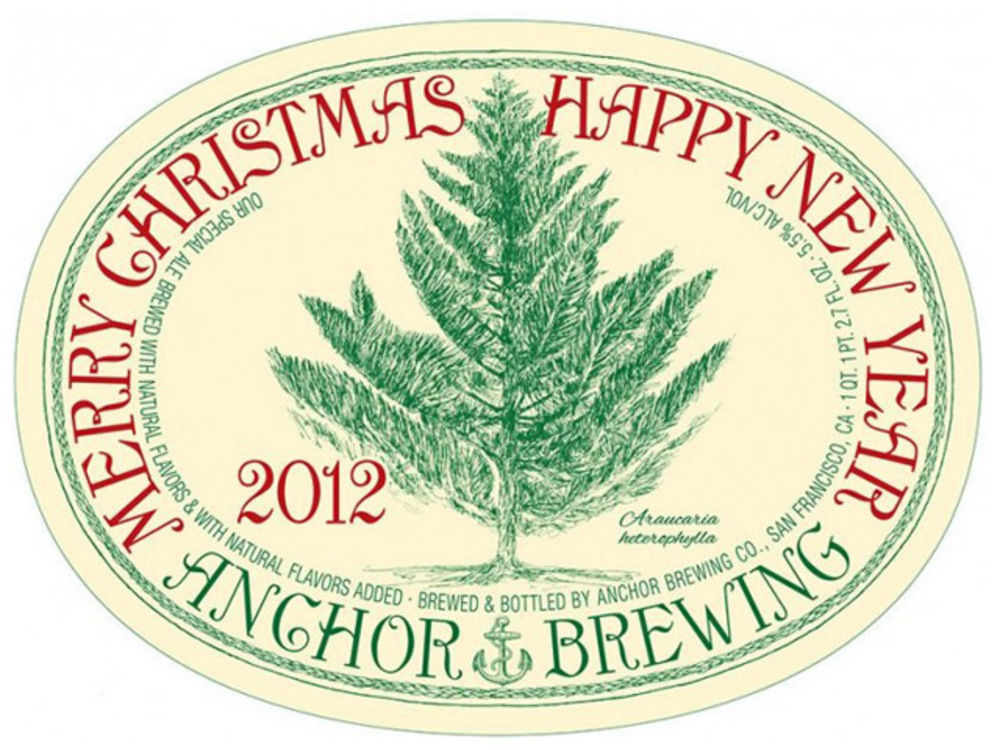 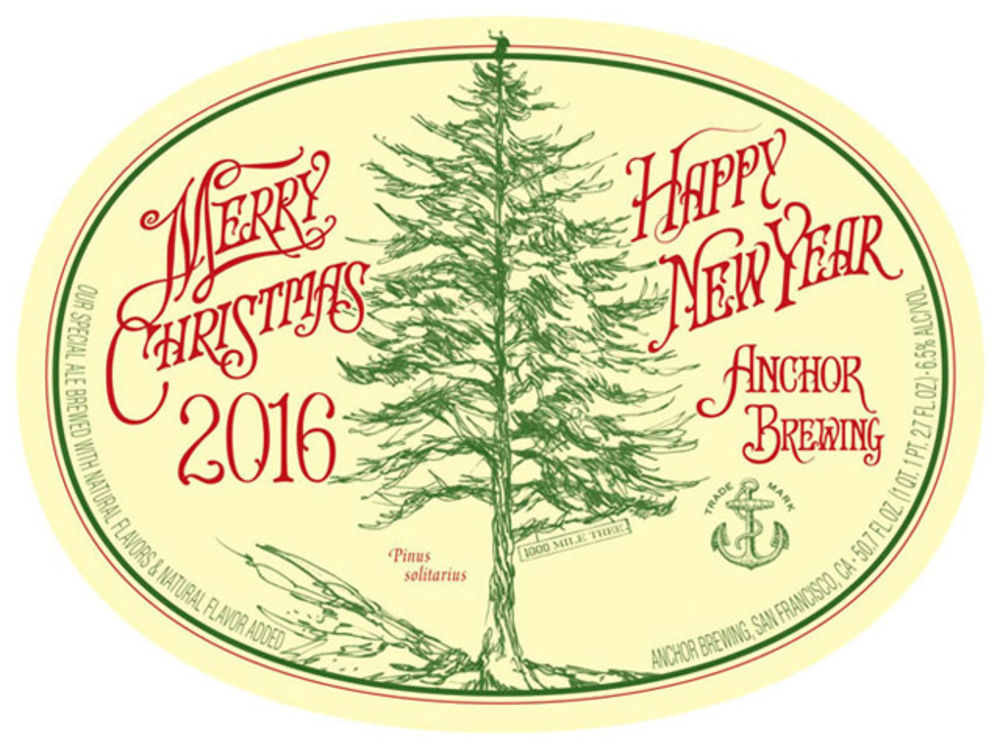