Via his Twitter feed This Brutal House, designer Peter Chadwick has been feeding an appreciative audience a steady stream of brutalist architectural gems for several years. A fraction of his huge collection of images has now been made into a rather beautiful book of the same name – we caught up with him to find out more.

When did your fascination with all things brutal first start?
You could say it is ingrained in my DNA, growing up in Middlesbrough in the late 70s and 80s I was surrounded to the North, East and West of the town by steel works, chemical plants and industrial concrete. I remember seeing the Dorman Long, coke oven tower in South Bank, Middlesbrough as a little boy for the first time. This enormous hulking concrete structure had a lasting effect on me and no doubt was the first building to inform and lay the foundations for my taste in architecture and all things concrete. I moved to London in the late 80s to study at Chelsea School of Art, one of my first jobs out of college was in a design studio on Kensal Road at the top end of Ladbroke Grove. Trellick Tower by Ernő Goldfinger loomed large over this part of pre-gentrification North Kensington, this was the first Brutalist building to grab my attention in London and subsequently ignite my interest in Brutalism in my newly adopted city.

How did the idea for the book come about and how long did it take to put together?
Virginia Mcleod, Commissioning Editor of Architecture books at Phaidon followed my This Brutal House Twitter feed in the Spring of 2014. The feed is one of my primary channels for sharing my photographs, graphic design, ideas and in general things that I like. In early 2015, Virginia contacted me with the proposal of creating a book together for Phaidon. After my first meeting with Virginia in January 2015 we spent the next nine months working on the book before it went to print at the latter part of 2015. The book was first published in May 2016. The book has now gone to reprint. 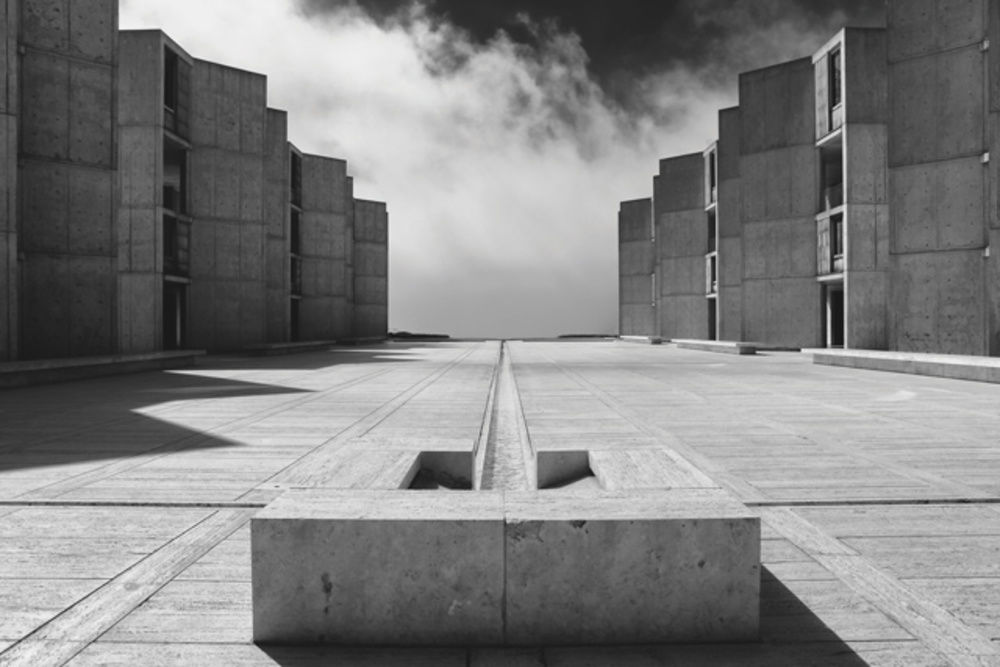 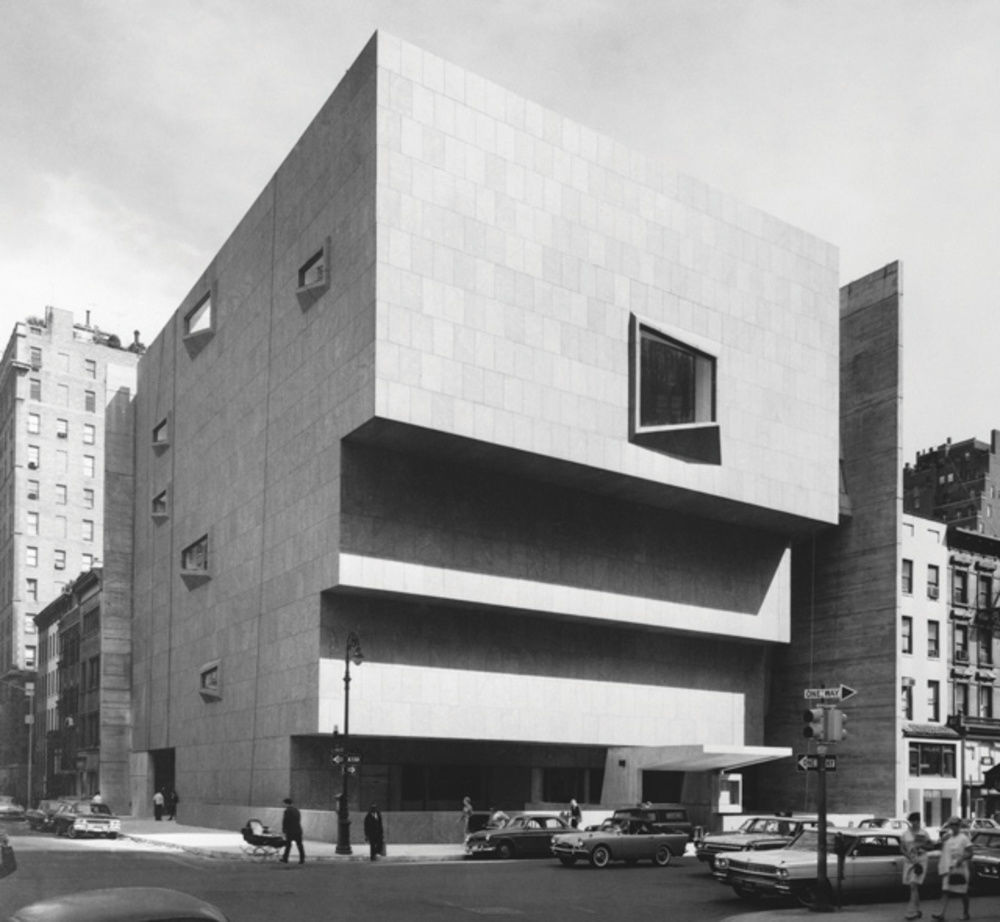 How did you go about choosing the images from your vast collection? Did you go and shoot anything especially for the book?
From the outset of the project we decided not in include any of my photographs within the book. A lot of my archival images are of obscure angles, textures and close-ups of buildings, this we felt was not in keeping with our vision of how we wanted the book to look. After a number of weeks researching and reviewing content for This Brutal World, I delivered a selection of over 1500 buildings for consideration. Virginia also added a number of buildings to this list. A picture researcher assisted us in finding the best photographs available before we made the final decision was made of which buildings made it into the book. An important consideration for the final edit was how the buildings looked together in groups and on the spreads. A book of my photographs, I hope that will be one for the future. My archive is now over 50,000 digital images strong of all things wonderfully concrete.

What typeface did you use and why?
We worked with Hans Stofregen from the art department at Phaidon on the design of the book. The typeface on the front cover is Faux Occident and Orient placed together. It is used because of the stark, cold contrast and likeness of stone carved letterforms. Futura is used in the interior of the book. The geometry of Futura works well with the Faux fonts. 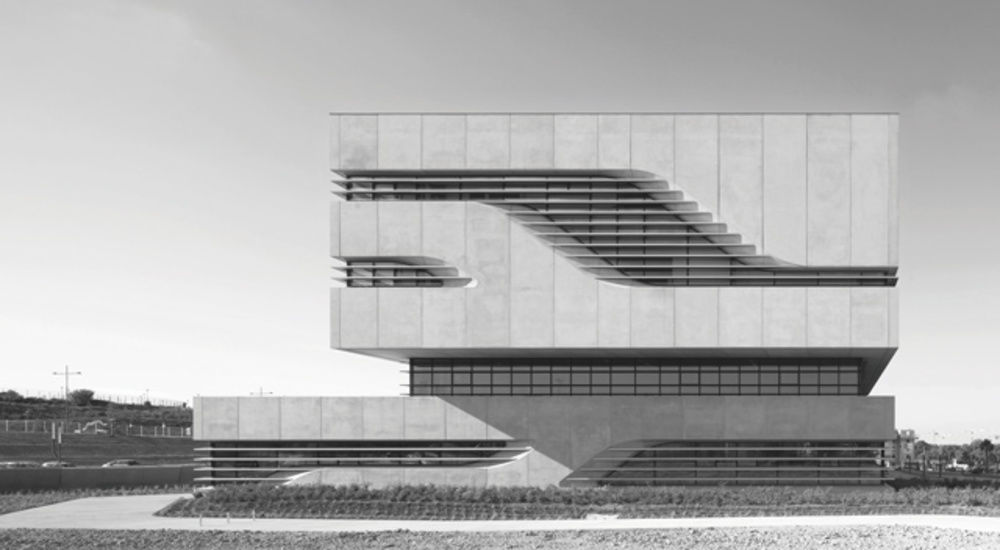 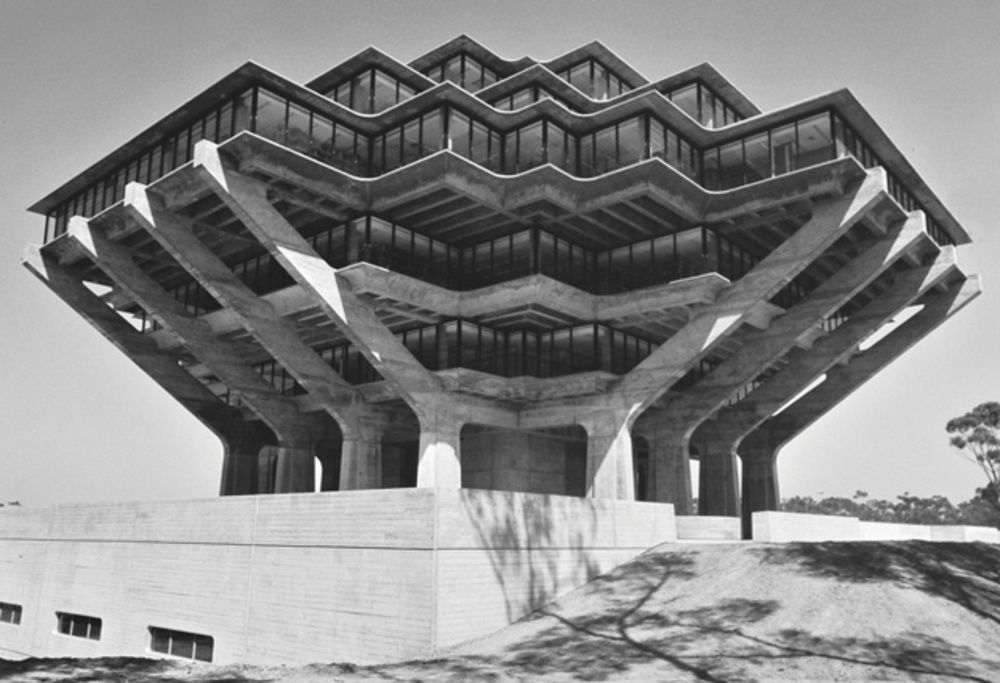 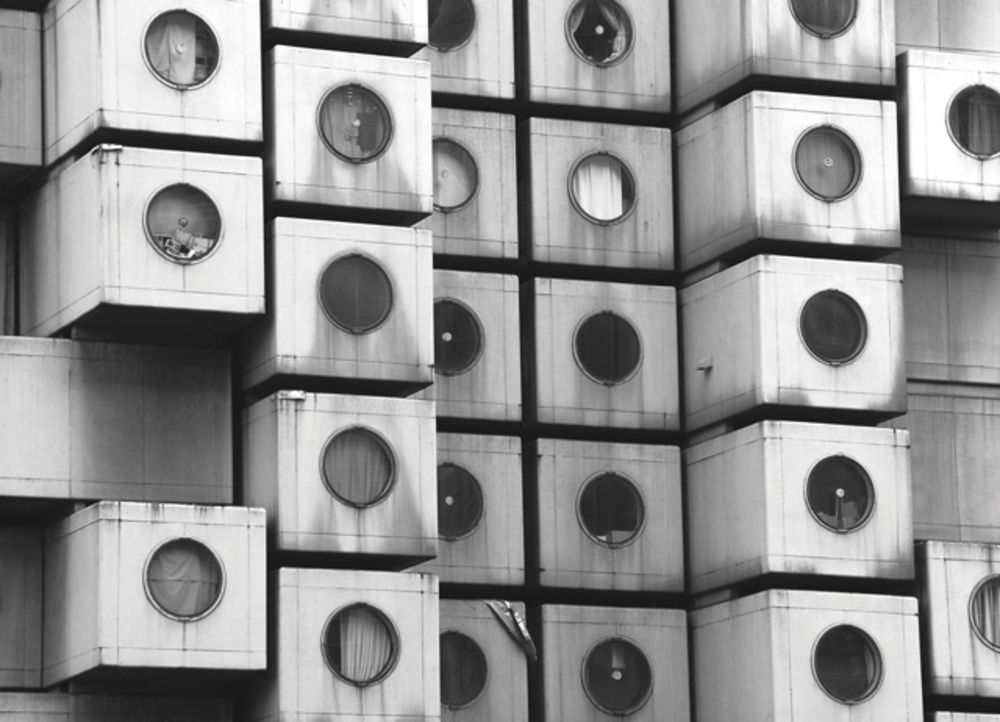 Was was the most challenging thing about the process?
Having to omit some wonderful buildings from the book as a consequence of space and in some instances due to the poor quality of photographs available.

Why did you choose to include buildings by contemporary architects? And why did you choose to show these particular buildings in black and white and not colour?
Virginia and I wanted the book to be a visual reappraisal of Brutalism, to include not only buildings from the traditional Brutalist canon. We also wanted to include buildings by contemporary architects and look at the parallels between the two. I don’t see Brutalism, exclusive to buildings made in concrete. After all, one of the first buildings to be described as Brutalist was the Hunstanton School in 1954 by Alison and Peter Smithson, which was made predominantly out of steel and glass.

From the outset, it was important to me that all the photography inside the book should be seen in black and white to further enhance the nature and power of these buildings. This also allowed the book interior to have one consistent look throughout and also have  control over photographs taken from a wide variety of sources.

Many councils are demolishing their sixties and seventies concrete buildings to make way for new apartments or public buildings. Do you think there’s ever justification to do this?
This depends on why the council is demolishing the buildings and where the existing tenants are being rehoused. Increasingly tenants are being rehoused in areas far from the communities that they have lived in for most of their lives resulting in the breakdown of long-standing communities. Private owners are either digging their heels in and staying or are being offered far less money than the current market value of a similar sized equivalent dwellings in the same area.. What is also very sad to see, is the loss of far too many Brutalist and Modernist postwar buildings, that are replaced by substandard characterless buildings that will be doing well if they last twenty years. 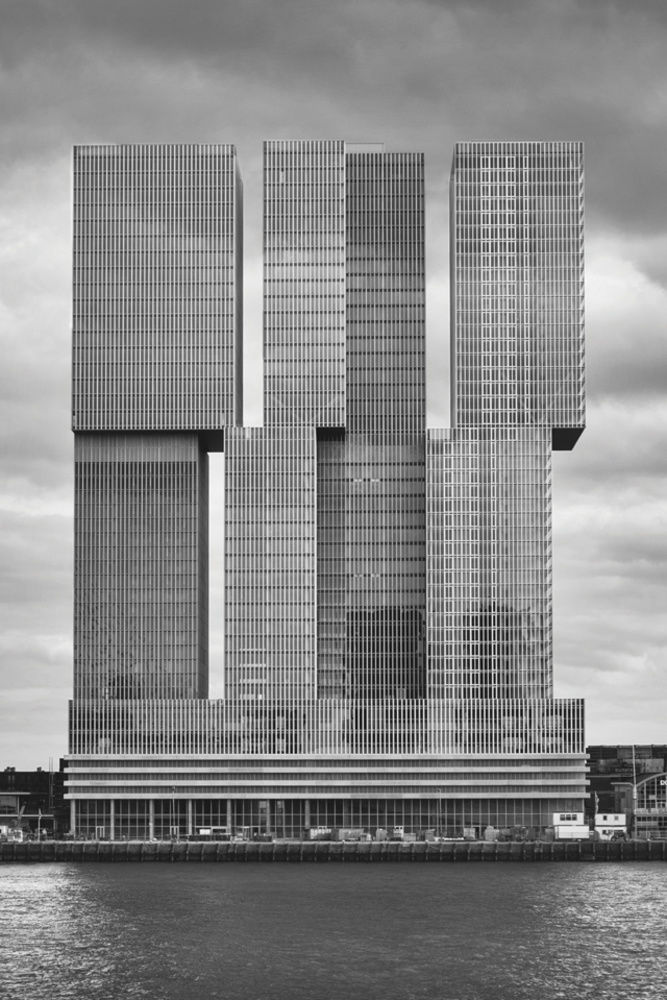 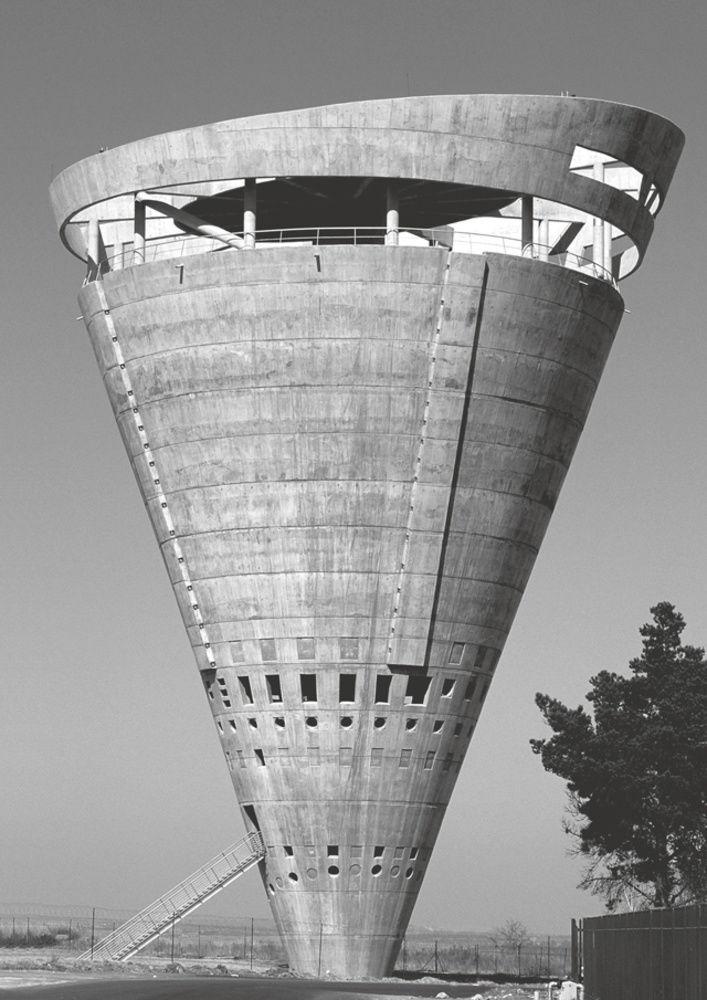 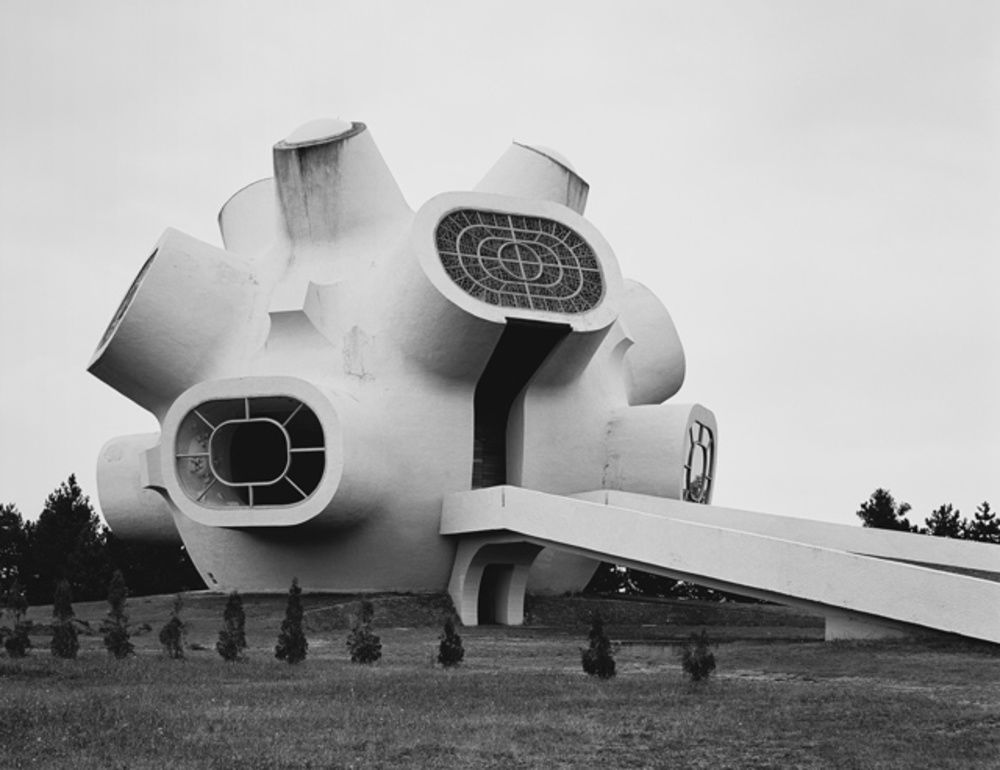 What are your top three brutalist buildings and why?
A tough question to answer, I have more than three. Purely for nostalgic reasons, I have chosen three buildings that made a lasting impression on me growing up in Middlesbrough:

1. Trinity Square car park in Gateshead by Owen Luder partnership. It became a star, after appearing in Get Carter in 1971. Sadly demolished in 2010.

2. Apollo Pavillion, Peterlee, County Durham. A spaceship like concrete structure in the middle of a council estate designed by Victor Pasmore.

If you had the superpower, which demolished building would you bring back to life?
Without a doubt – Trinity Square car park, Gateshead by Owen Luder Partnership and Tricorn Centre Portsmouth by Owen Luder and Rodney Gordon. Both much maligned and now demolished, perhaps if still standing they would now have a chance of being listed in the midst of the resurgence of interest in inner city postwar architecture. 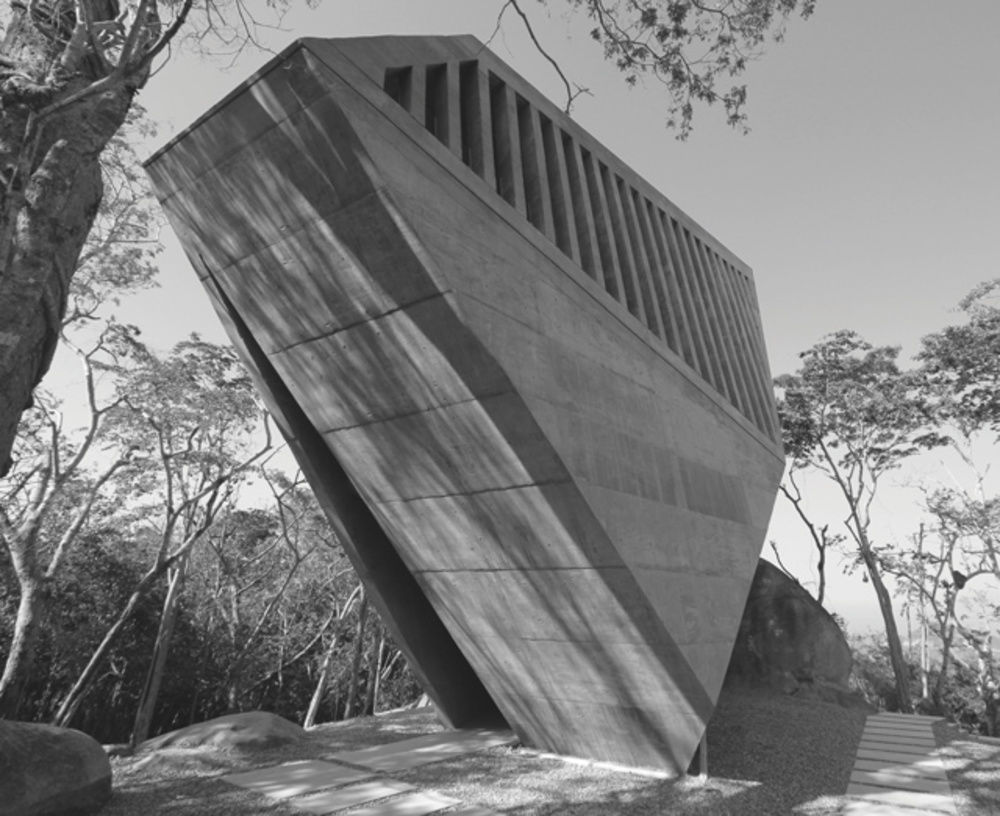 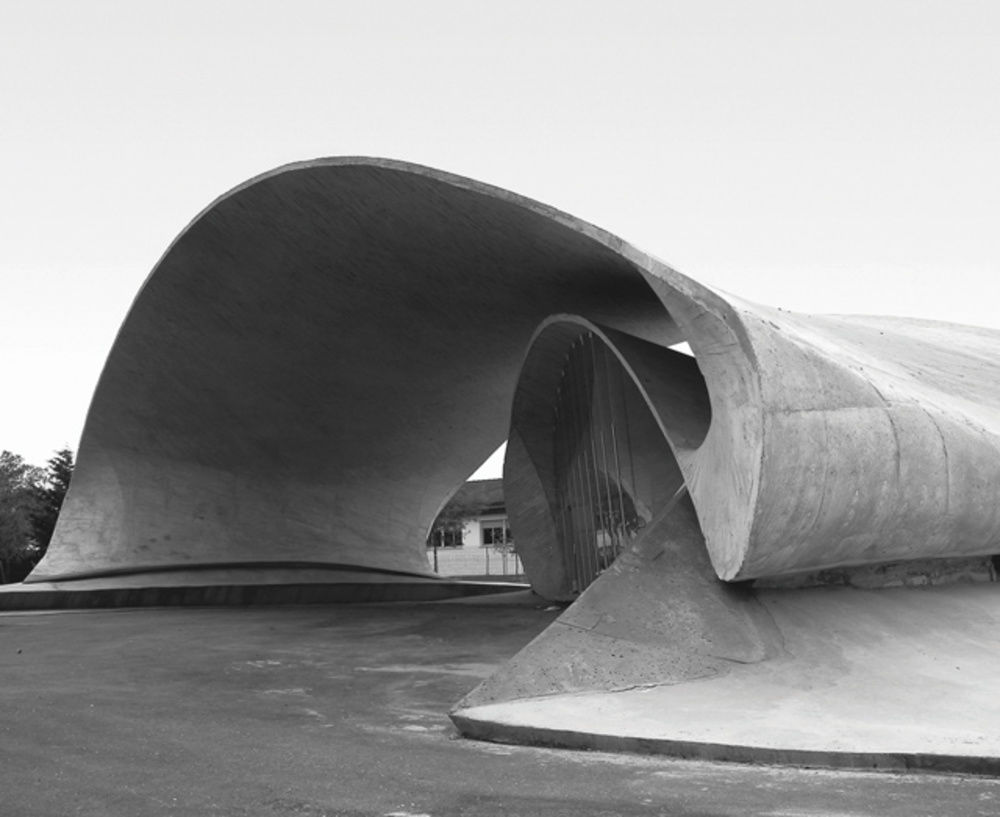 What’s next for you?
I will be continuing to develop my This Brutal House project. I see it is a long term on going project that I hope will grow further via my social media channels and also the forthcoming updated and expanded Brutal House website. I am currently working on the new website with Array Associates, I have worked with its founders Matt Flynn, Joel Baker and Bhav Mistry for a number of years now. I am also working on a number of collaborations and projects for the new website that will be revealed in the coming months. Along with a online shop and of course I will continue to get out and about with my camera. I am also investigating and seeing how I can include my work about Brutalism into my teaching practice at Chelsea College of Arts, where I am year 2 leader on the BA Graphic Design and Communication course.

This Brutal World
By Peter Chadwick
Published by Phaidon, £29.95