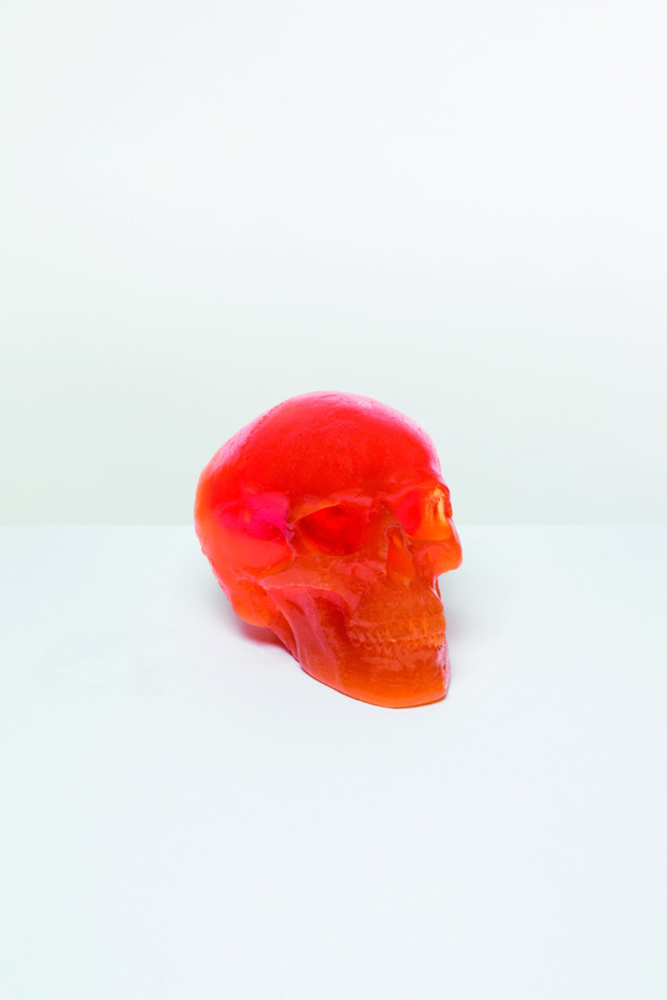 In the two years it has taken to research, write, design, photograph and produce Collector's Edition: Innovative Packaging and Design, we have entered a new era of music and publishing – the streaming era.

The growth in popularity of the streaming sites Spotity and the imminent arrival of Amazon's Kindle Unlimited – mistakenly announced to the world earlier this month – has allowed subscribers to access millions of releases, without even owning them.

I believe this new era can be positive for graphic design, as more emphasis will be placed on beautiful design and the innovative production of physical releases. Collector's Edition isn't anti-digital – many items featured combine print with download technology – and is a showcase for creativity and originality. The examples featured are conversation-starters and, in many cases, produced on limited budgets to make a connection between artist and audience. They are the opposite end of the spectrum to streaming and this is why I believe we are about to enter a golden age for innovative music, book and magazine physical releases.

To celebrate the publication of Collector's Edition, Grafik asked me to share some of my favourite editions that feature in the book. 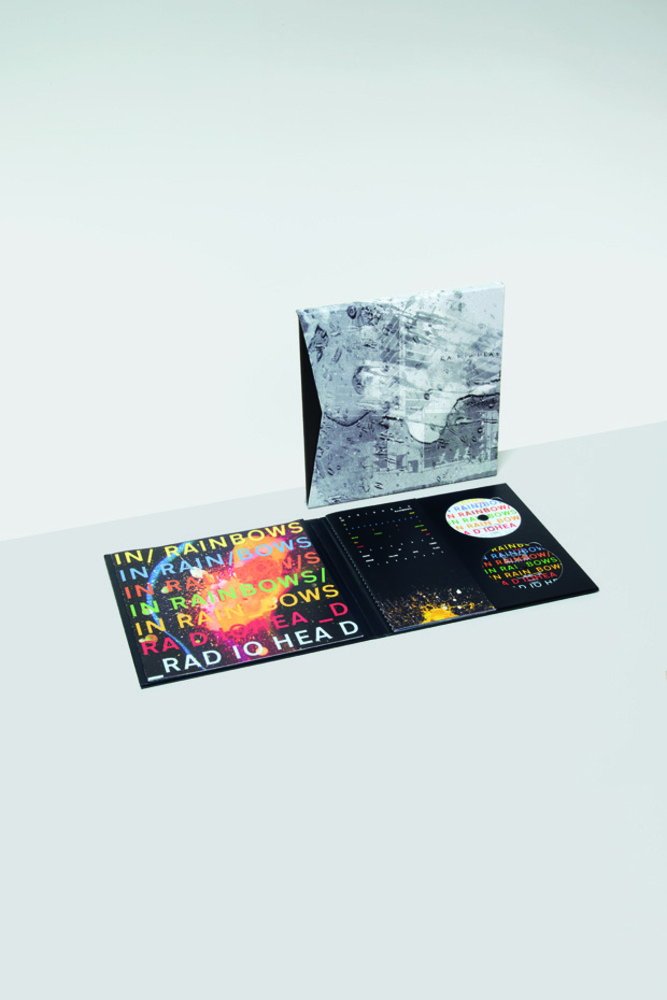 In Rainbows by Radiohead, designed by Stanley Donwood

01 Radiohead, In Rainbows (box-set), 2007
The In Rainbows box-set is, to me, genre-defining. That is a bold statement from someone who is not a big Radiohead fan. Created by Stanley Donwood and produced by Clear, Sound and Vision, it's a pivotal moment in the evolution of new wave collector's edition releases. It also forms the starting point for Collector's Edition, as all examples featured in the book were created around or after this release.

The innovative 'pay what you want' model for the album took the headlines, but the success of this box-set has opened publishers’ and artists’ eyes to the new potential of innovative, tangible, special edition packaging and design.

Donwood’s comment when we met him in his studio, underlines how far the genre has evolved. "I was speechless when Thom told me I had to make something worth £40". By today’s standards this price tag is very reasonable, but it is important to remember this was an era dominated by cheap dual case CD packaging and was just before the recent commercial renaissance of vinyl.

The success of this box-set release is down to Stanley's beautiful, abstract and colourful wax textured artwork, realised in a traditional large format package. People bought this release for its beautiful design and not just the music, which, in this case, could be download for as little as £1.

02 Shout Out Louds, Blue Ice (the ice record project), 2012
Swedish band Shout Out Louds commissioned TBWA Stockholm to create an innovative response to help promote the launch of their forth-coming album Blue Ice. Its response, inspired by the title of the record, was to create a limeted edition of ten boxed-sets housing the tools to create a playable record of frozen ice. This is a beautifully simple idea – and it actually works – although it did destroy the needle on my turntable when we tried it out. 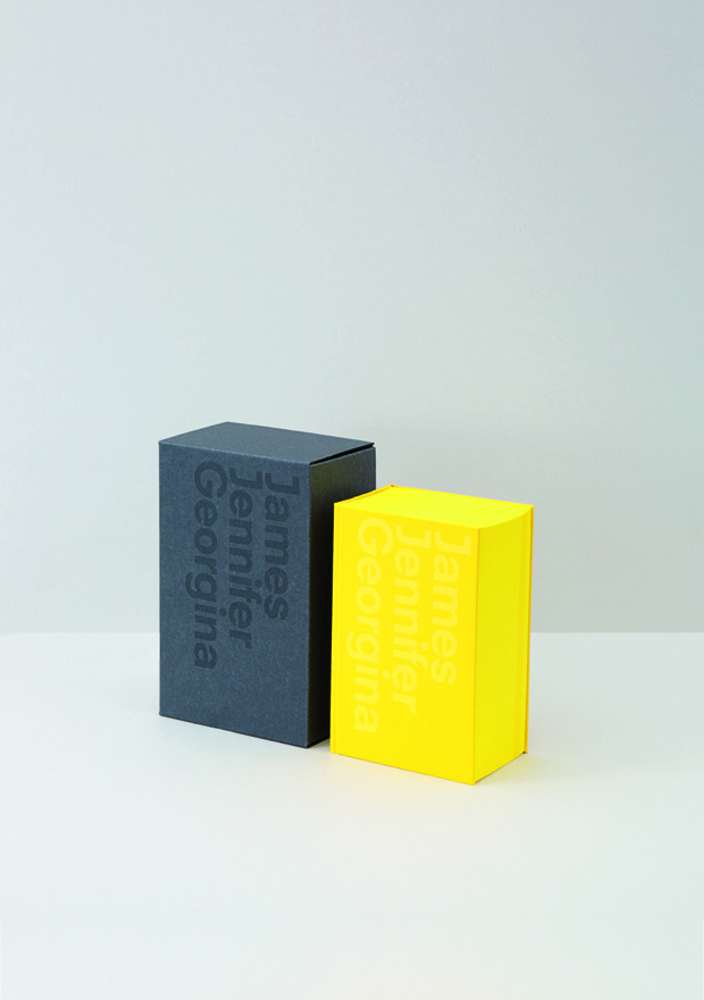 03 Jennifer Butler and Irma Boom, JamesJenniferGeorgina, 2010
This book is epic in every sense of the word. Jennifer Butler sent her daughter Georgina more than 1,136 postcards during the ten years that she and her husband travelled on a road trip, taken in an attempt to wrest James from alcoholism and shield their daughter from the indignities of drink. A decade later she commissioned Irma Boom, to work exclusively on this project for two years.

The result, JamesJenniferGeorgina, is a meticulously-produced project that revolutionises a design classic – the book spine. Developed by Boom for this project, the book has a unique, three-part, articulated spine that means, despite its thickness of nine centimetres, it opens effortlessly and lies flat as you journey through the pages. This is a unique book born out of a unique collaboration. 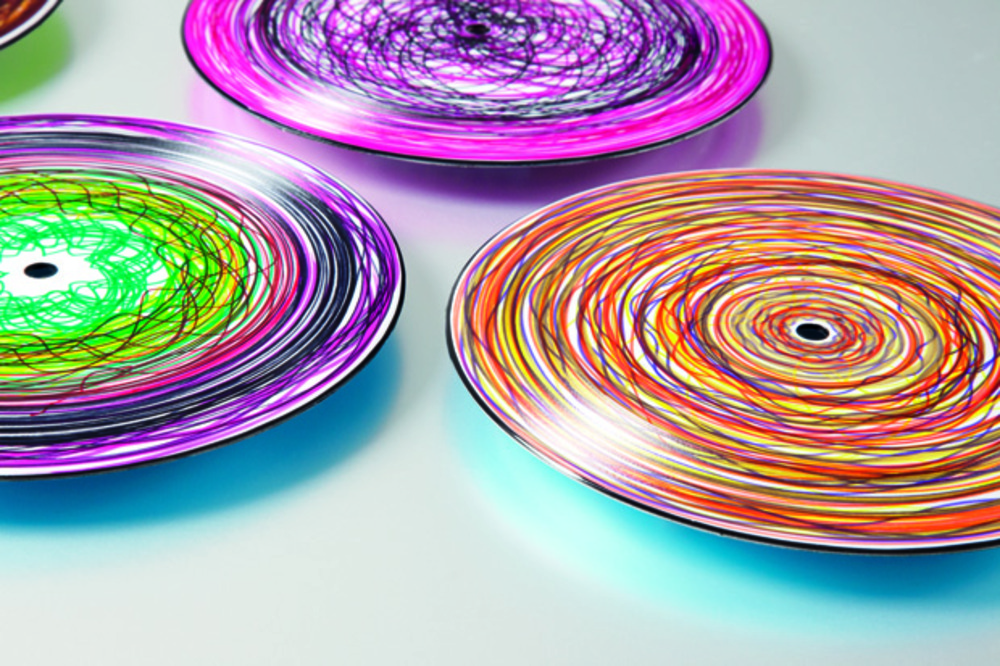 You could Be A Model, by Ice, Sea, Dead People, designed by Andy Holden and Daniel Eatock 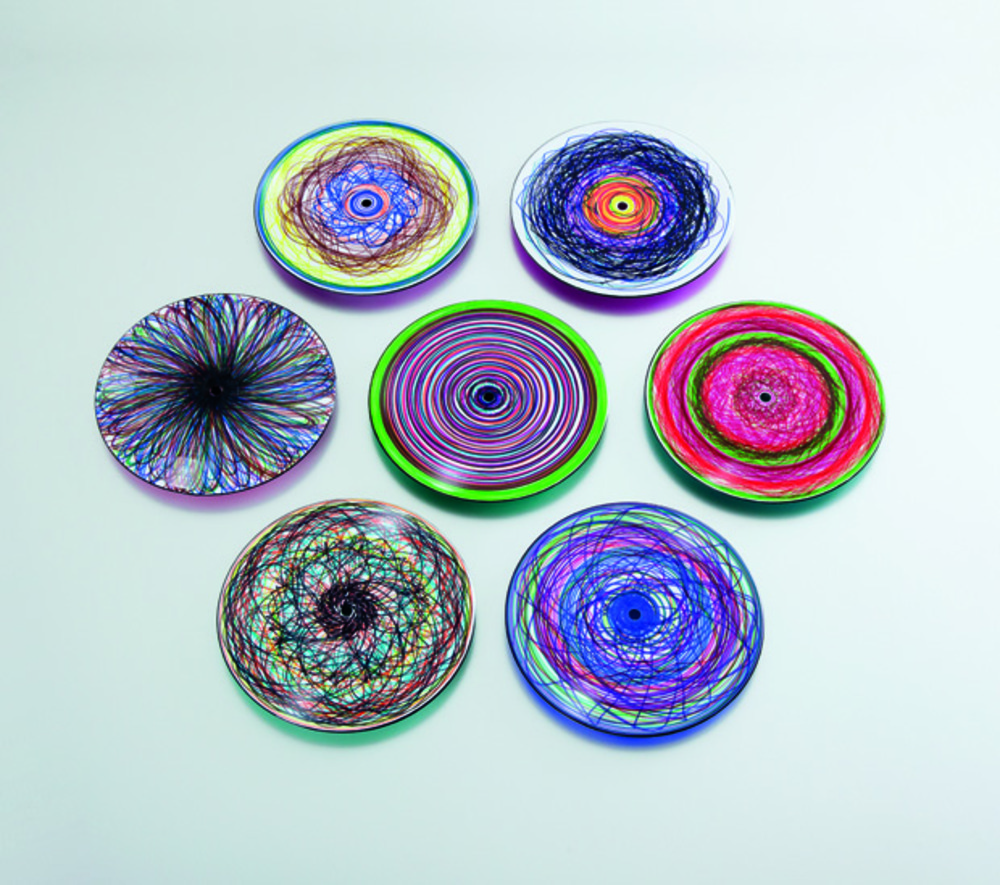 You could Be A Model, by Ice, Sea, Dead People, designed by Andy Holden and Daniel Eatock

04 Ice, Sea, Dead People, You Could Be A Model, 2013
This ingenious 7" vinyl record is thought to be the first picture-disk that features a unique artwork on every edition. Inspired by a shared interest in repetition, the designers – Andy Holden and Daniel Eatock – invited members of a live audience at Kingston University to move pens slowly over a vinyl record, while the band were playing. The outcome was an edition of 180 colourful, individual spiral pattern interpretations of the music. This is an ingenious way to create collectible artwork, within a limited budget. 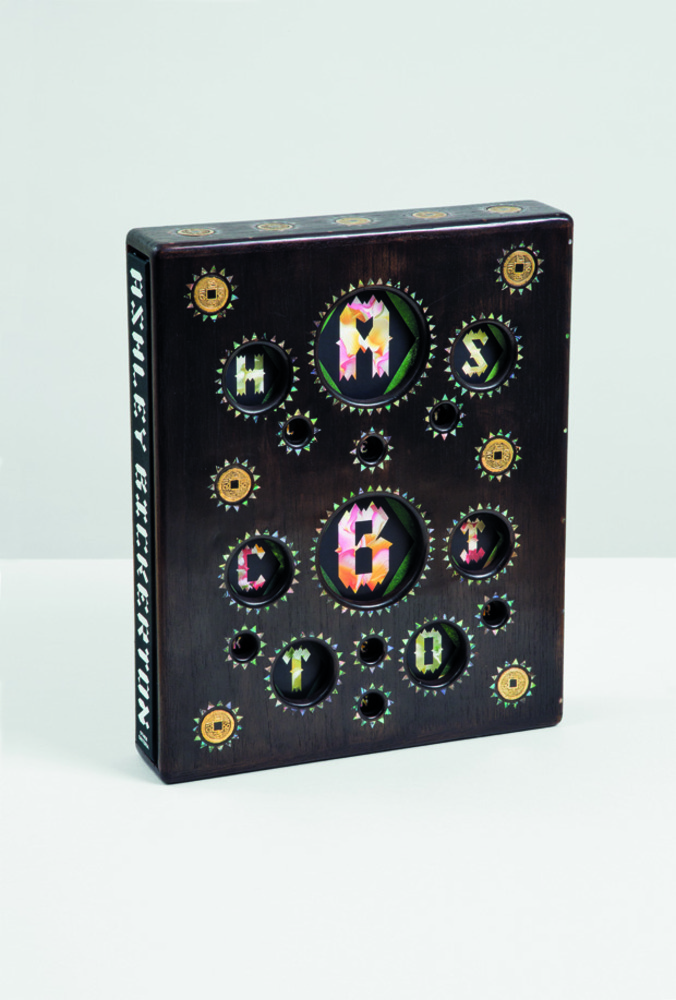 05 Ashley Bickerton, Monograph (limited edition), 2011
This limited edition book, housed in a hand-carved slipcase made from Balinese wood that is encrusted with mother-of-pearl and brass coins, is an intricate assault on the senses. Art directed by Stefan Sagmeister, the monograph is a reflection of Bickerton's tropical, surreal, mixed media art – complete with a trademark green head for the cover. The production for the limited edition of 50 copies was pushed to the limit, in a 'no holding back' release by Other Criteria that is reflected in the retail price [£2,500].

One of my favourite details is the paper edges. The regular edition has an ornate silver and black design, but the limited edition takes this one step further, as the silver section has been hand-carved by Balinese crafts people. 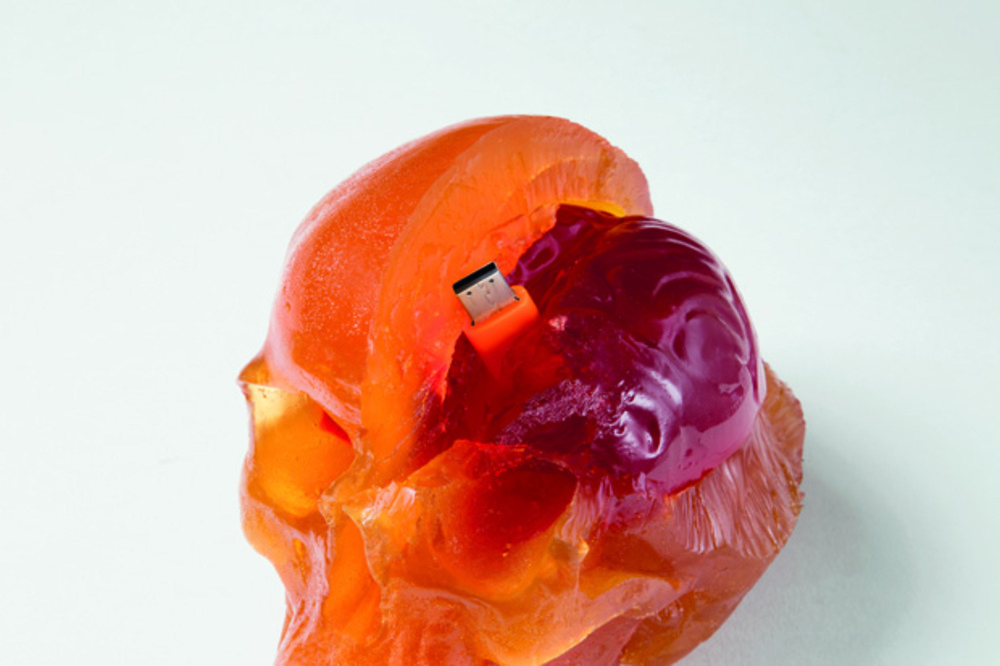 06 The Flaming Lips, Gummy Song Skull , 2011
What is there not to love about a to-scale human skull made from Gummy Bears, that houses a strawberry jelly brain implanted with a USB containing music by The Flaming Lips?

07 Björk, Biophilia (ultimate edition), 2011
Björk's Biophilia project has been realised in an incredibly varied range of mediums. Originally a traditional music release it has morphed into an education program designed to inspire children to explore their own creativity through music, science, technology.

The ultimate edition of 200 copies, designed by M/M (Paris), is a beautifully-crafted representation of Björk's album and is the most collectible. The screen-printed, oak hinged box contains a special edition manual containing artwork inspired by the music and ten custom-made chrome-plated tuning forks that are adjusted to the tone of each Biophilia track.

08 Matthew Dear, Black City (MDBD Totem)
This unique release, by Ghostly International, takes the concept of an album format to the furthest degree by exploring the relationship between the intangible nature of MP3s and physical media. Each Totem, created in bonded Aluminium, is inscribed with a download code at the bottom from which to access the music. It is an unplayable, sculptural interpretation of Matthew Dear's album and sits beautifully on my studio desk.

To celebrate the publication of the book Stuart Tolley has curated an exhibition that will run from 19 August – 6 September at KK Outlet, Hoxton Square, London.  The exhibition has been produced in proud collaboration with Clear Sound and Vision 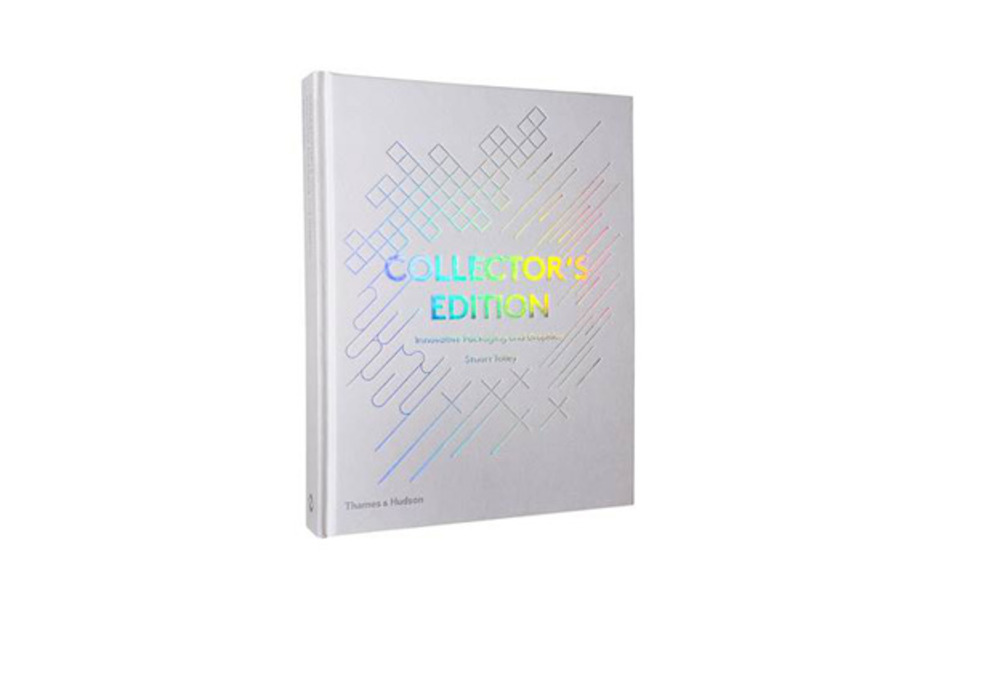