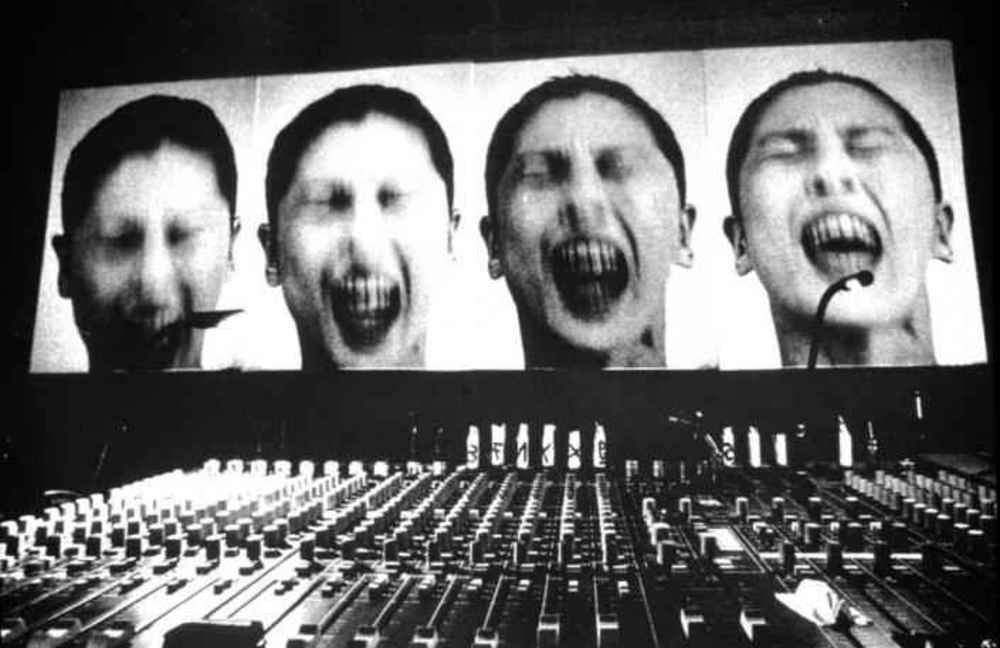 This account is linear. It will, however, almost certainly be read by you, the reader, in the multi-dimensional space of the internet. It is an appropriate venue, therefore, for me to recount the story of one of the key cultural moments of the latter half of the last century, the point at which we started to rewire our brains to inhabit such crosswise spaces: the advent of non-linear editing.

In 1991, one of Britain’s most important filmmakers, Michael Powell, gave a talk at Chapter Arts Centre in Cardiff.  Later, in the bar, we realised that his wife, who had accompanied him, was none other than the legendary film editor Thelma Schoonmaker. We asked her whether she might tell us more about her work; she agreed and, the following morning, I arrived armed with a VHS of Raging Bull.  She talked us through how they recorded and dubbed smashing fruit sounds onto the images of boxing blows, the innovation of using the first 48-channel mix down and how the fight sequences benefited from changing the camera speed during shot. 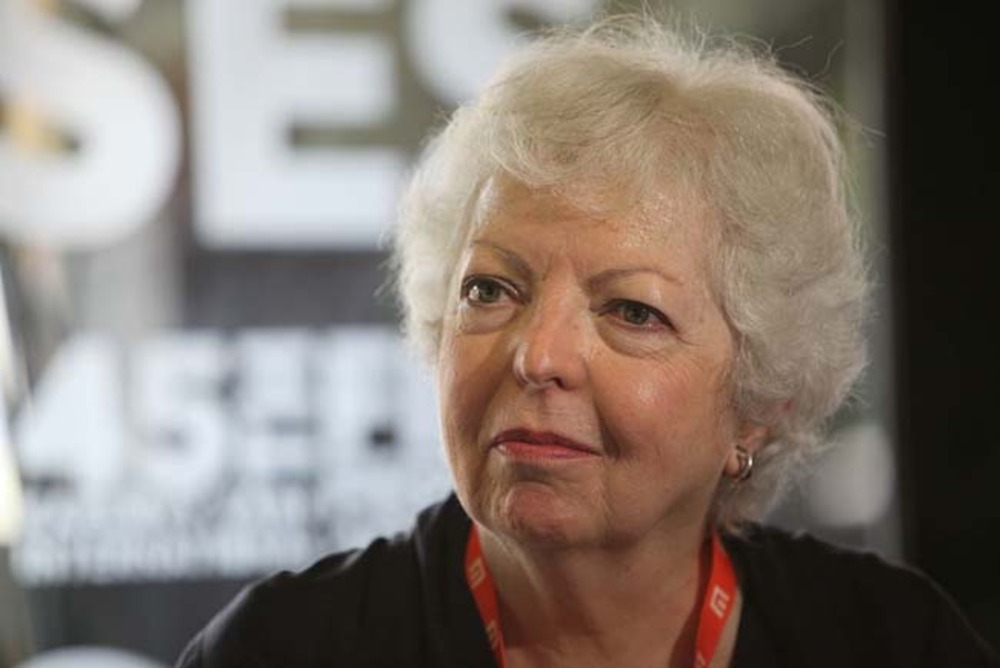 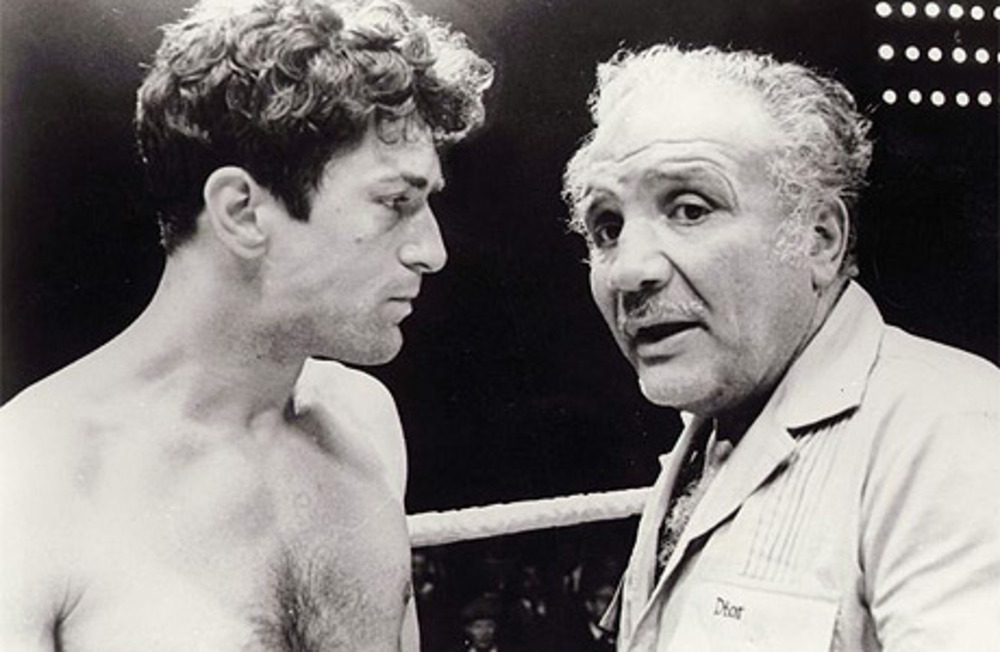 Next to the room where we viewed Raging Bull was a cutting room, a more modest 16mm version of Thelma’s 35mm grown-up one, complete with film-bin (to hang up the individual shots), splicer (to chop up the film), pic-sync (sync sound and picture), chinagraph pencils (to label the shots) and a Steenbeck for viewing the sound and image together.  This was the materiality of filmmaking made tangible by machines from the first industrial revolution. In another room, a U’matic video editing suite sat. I had spent hours in front of the contraption, watching and waiting for the video tape to spool through the giant cassette housings to get to the correct edit point, struggling to make slow motion and fast cuts.

In Dundee at the Duncan of Jordanstone College of Art I had access to a Quantel Harry, one of the first technologies for compositing, and a beloved Panasonic M2, a video editing deck with dynamic tracking, which enabled speed changes on the fly, just like those used in Raging Bull, but in post production.  My short film Sweatlodge was edited there on the M2, an experimental documentary of performance group Man Act, filmed on Super 8, would speed up and slow down almost imperceptibly. 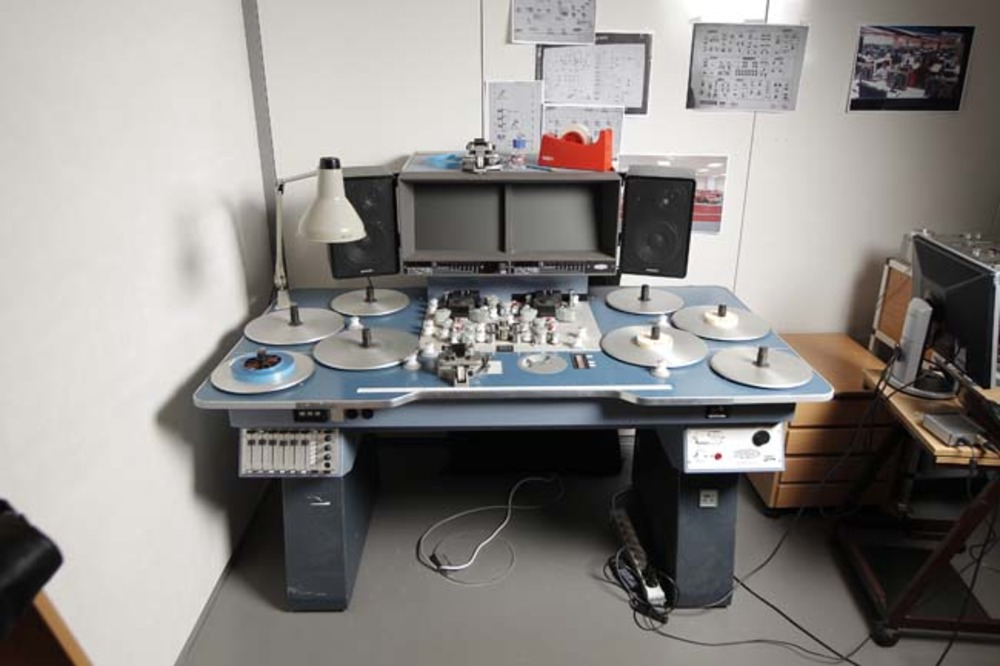 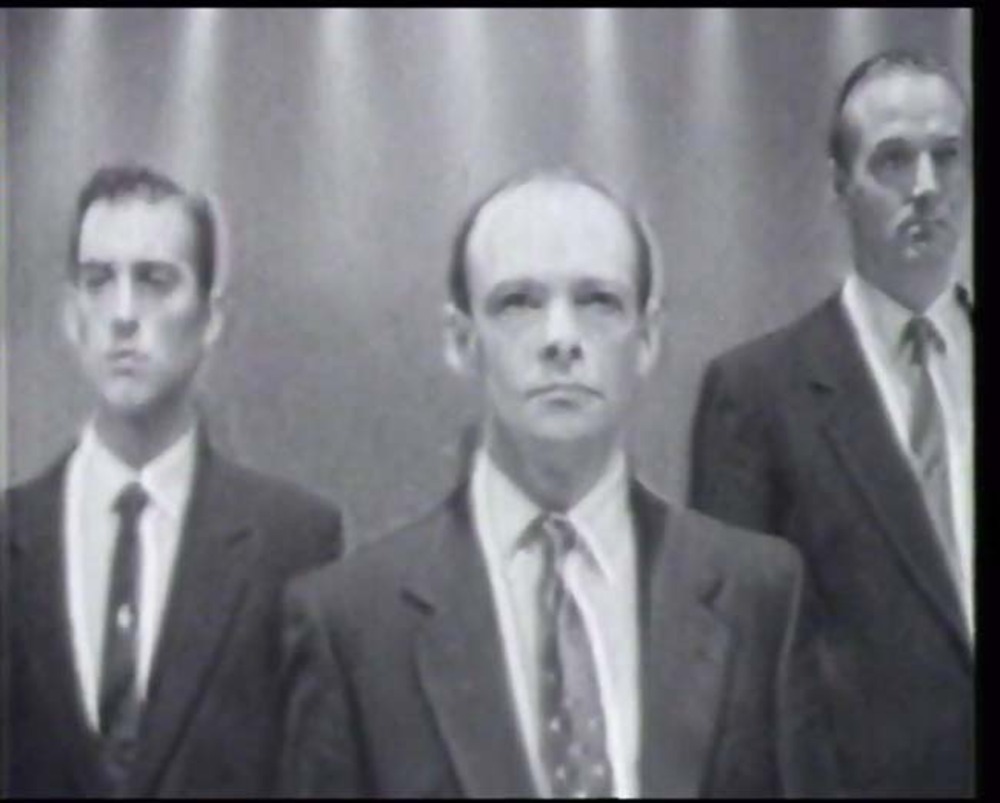 Non-linear editing arrived a couple of years later (a decade after the word processor, another transformatory technology of the same family) and, with its random access memory and ability to find data from a hard drive, led to the pioneering of many new editing techniques and applications. This was closely followed by similar advances in digital audio mixing and manipulation, for which we have to thank for the particular sonic stylings of, for instance, ZTT, the Art of Noise and Grace Jones.

To cut and paste, make multiple copies and store the shots and sequences within a hard drive as expressed within a desktop environment was a great boon, both as a labour saving device (allowing freedom for more creativity) but also because it offered previously unimaginable ways to experiment with and re-assemble images.  Metadata now replaced strips of films hanging on film bins.

In 1993 I saw a concert at the AVE Festival in Arnheim, Holland, which blew my mind.  Granular Synthesis (Ulf Langheinich and Kurt Hentschlager) created the first audio visual performance using analogue video, scratching and re-winding images of a face.  After the gig we swapped notes on what we had heard of the products and potentialities of non-linear video editing and I promised, as the then Director of Hull Time Based Art, to fundraise to buy an AVID Media Suite Pro (the first in an arts organisation in the UK).  We made good on that promise thanks to a loan from the European Regional Development Fund and help from David Girdlestone at MacMillans, who supplied the beast. The sixty thousand pound advance included four thousand pounds for a six-gigabyte raid drive (fast forward to 2014 and I’m being given ten gigabyte USB sticks as freebies at conferences).

[Model 5] remains the favourite production I’ve ever commissioned and certainly the most ground-breaking.

Granular Synthesis later came to Hull for an artist’s residency, which consisted of crashing at my house and editing nearly 24/7 in shifts (in a fortified cage that served as a way of securing the prized AVID from theft) in what was then Labour politician John Prescott’s old National Union of Seamen office. It was there that we made Model 5 (1996). This remains the favourite production I’ve ever commissioned and certainly the most ground-breaking. It consisted of an overwhelming, sub bass-strobing live montage – the result is a rhythmic audio-visual  techno performance with the face and performance of Akemi Takeya. We presented this full-on ‘gig’ at the Tower Night Club, Hull, ICA London and Cream club, Liverpool. It then went around the world shaking people with sub bass, strobes flashing in its wake. 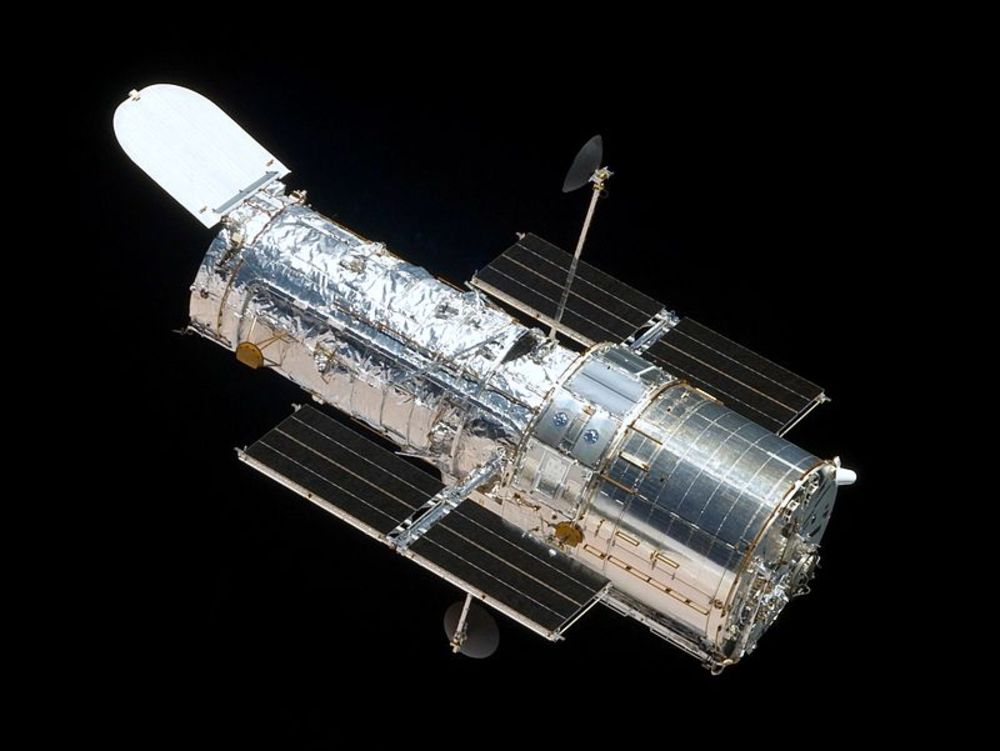 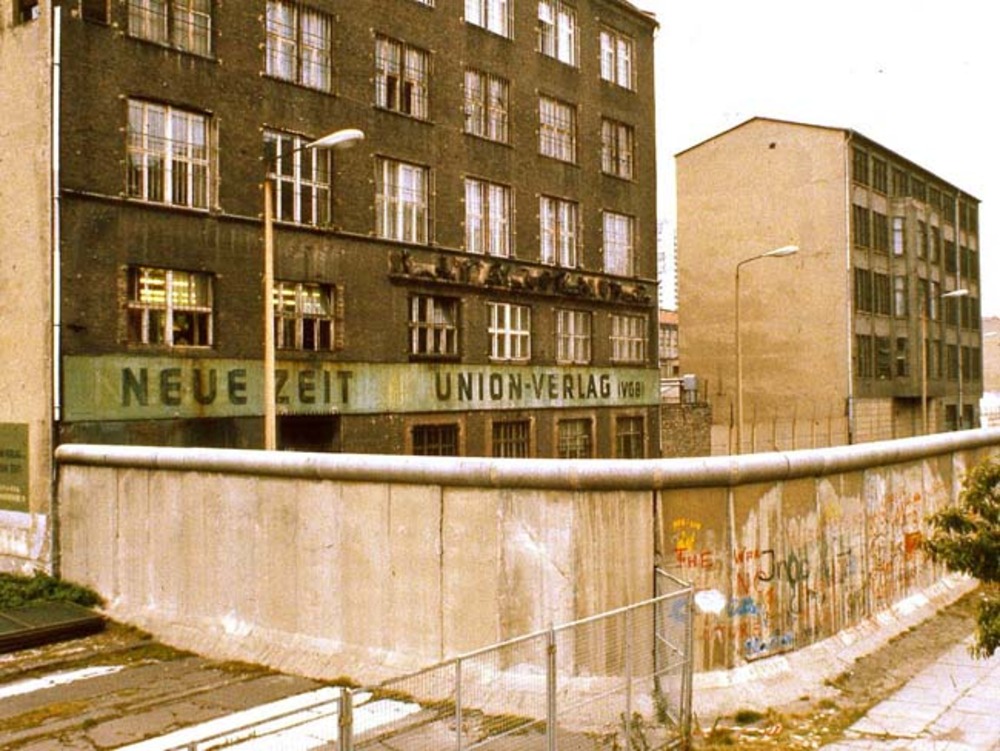 Tandem to these technological developments and artists’ experiments with single frame editing, timeshifts, interpolation and multiple screen outputs, scientists were launching the Hubble telescope, refining new theories of time and relativity, developing quantum physics and conjecturing as to the nature of black holes.Through media, our concepts of the plasticity of time were being redefined and understood in how we manipulated media and understood material. This was also a moment when things became less fixed politically and epistemologically: Tiananmen Square, the fall of the Berlin Wall, The Battle of Wapping, the digitisation of culture, the Post Modern dismissal of grand narratives and absolute truths. This was a technology that mirrored a paradigm shift in how we perceived time.

It begs the questions of how will we be constructing movies in years to come?

Film is still used and our attraction to its physicality is akin to the wonder we feeling when handling vinyl; however, Final Cut Pro, the direct descendant of AVID (the first commercial video editing product), now forms most people’s experience of working with moving image, whether they be ‘prosumers’ or professionals. In terms of affordability and ease of use, this has brought the art within the reach of so many more  people – digital video really has democratised production and distribution. Now a new generation of filmmakers create ultra-short format productions using applications like Vine, fully incorporating an array of built in video effects.  It begs the questions of how will we be constructing movies in years to come? How about cloud-based instant image searches and constructions, commanded by brain wave and eye movement?  A real-time database expressing a collective consciousness? We can only speculate, but it may be worth remembering how non-linear signalled a relational approach to life.