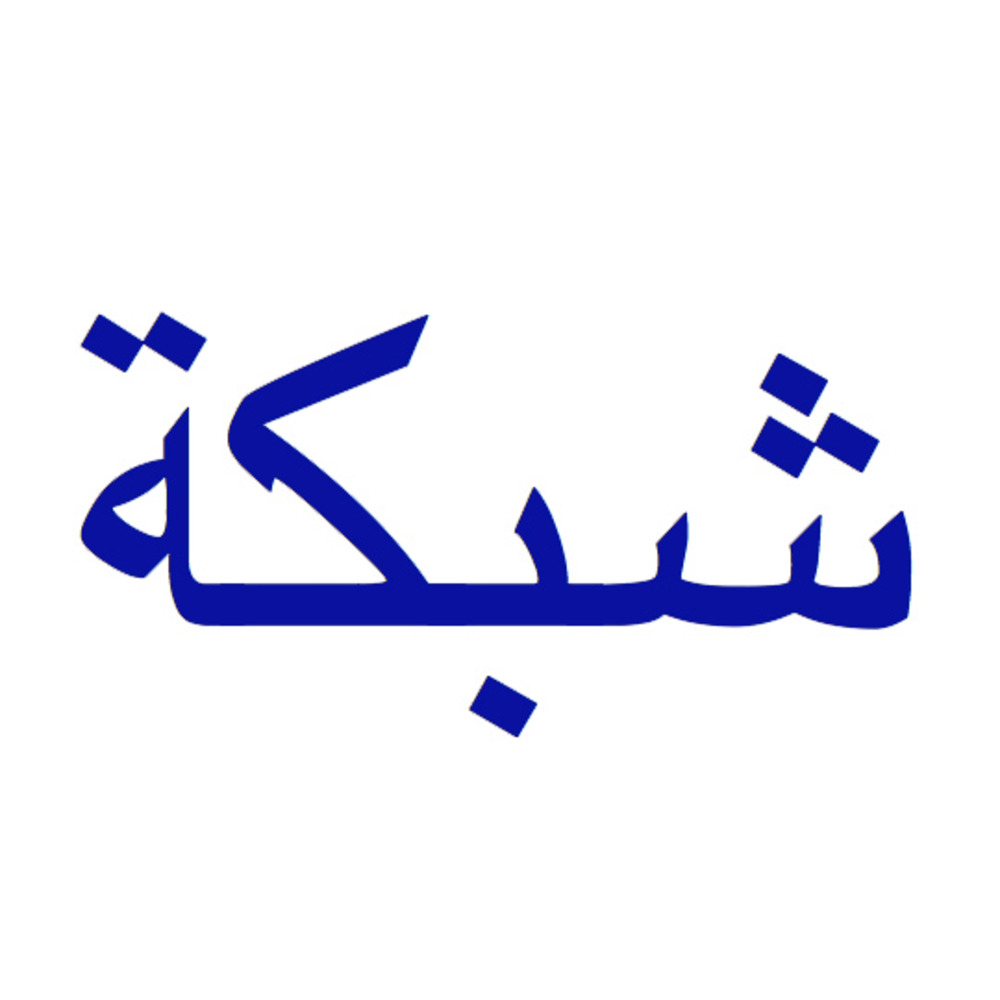 Wednesday’s design director James Hurst explores the importance of the recently launched Arabic domain شبكة, or dot shabaka, and hypothesises on how it could be become even more integral as artificial intelligence develops.

A dog bark is written phonetically in cartoons, comics and children's books. So it's surprising to find Armenians writing haf-haf while Thai people opt for hong-hong over our English woof-woof. We’re fairly sure dogs bark the same in Malaysia (gong-gong) as in Macedonia (av-av), so the theory goes that different local languages determine how we hear (and therefore write) a bark. This is one of the very many moments when our differences are delightful.

The internet is gradually coming to understand and celebrate that local delight. A monumentally important step being the introduction of an arabic equivalent to .com, شبكة, in February this year. The Arabic is pronounced dot shabaka and loosely translates as Internet. There have been country level Arabic domains, including .الاردن for Jordan and .السعودية for Saudi Arabia since 2010, but the borderless options .com .net .org et al. have presumed an importance of Latin script over Cyrillic, Greek, Hebrew, Chinese, Arabic and many more. When sketched in these terms, the democratic, liberating, nervous system that empowered (amongst other things) the Arab Spring looks ugly and imperialistic.

But why does dot shabaka matter? In blunt terms, it ends the linguistic imperialism that has inadvertently skewed what the internet is. If you’ll forgive the poetic licence, it’s like the difference between shopping in a bustling medina and the ‘world food’ aisle of your local supermarket — the latter may feature the same produce but it’s been put through a Western filter. My hope is that with a foundation for different localities online, different cultural nuances, histories, poems, hopes and dreams will flourish. For instance the Chinese inventor of movable type, Bi Sheng (990-1051 AD) is documented on Wikipedia with little more than 400 words, while German Johannes Gutenberg (1395-1468 AD) around 4000 words. Yes, there is a Chinese translation for Wikipedia, but because of the legacy of sitting on a latin-based internet, Western histories have an unintended benefit.

Just as globalised airport accents make people harder to place, the internet brims with hard-to-place content. That hard-to-place-ness of ideas, opinions and LOLs is amplified by delightfully distant and different local-isms, smashed together with a few clicks. From pop to politics, this changes everything.

The inspiring Open IDEO platform is a visceral example of what re-mixing and collaboration can do. A global community of 54,000 individuals from 128 countries “design better, together”. Because they bring cultures, schooling, myths, traditions and ideas that are wonderfully different — people from 128 countries design solutions that are stronger. This is a massive movement that deconstructs perceived boundaries and borders allowing ‘us’ to work together not as people from somewhere but people from everywhere. It is a successful articulation of the founding principles behind global languages like Esperanto and the beliefs underpinning BitCoin.

This kind of collaborative design processes free solutions from the mental shackles constructed on national, local and individual levels. It is truly liberating. But however utopian, it just happens that IDEO is biased in favour of those of us comfortable with languages descending from the Latin form; English, French, German, etc. While this has got the internet a very long way, and while individual pages of the internet are translated for local needs, hopefully the fact that a .com can now be   شبكة  is the signal the internet is really starting to change.

As we move towards the future, the existence of شبكة  might become even more important. In 2011, IBM supercomputer Watson beat human contestants on the American quiz show Jeopardy. Watson developed and honed its artificial ‘intelligence’ by trawling Wikipedia. While a playful example, this technology is currently in beta, and not far off becoming a permanent fixture in our world. The hypothetical moment when artificial intelligence develops greater-than-human intelligence, it is referred to as the “singularity.” This is when Watson (and other initiatives) graduate.

Ray Kurzweil talks a lot about the “singularity” (it’s something which he has been talking about for a long time, as has its originator, John von Neuman). But as the chief engineer at Google (who is currently building and buying everything to do with artificial intelligence), we should all listen to Kurzweil now especially. Publicly the aim is to “revolutionise” search, but privately there are plenty of other people (such as the armed forces) who are interested in what this intelligence could do.

If the www is the university for these mega-computer minds to learn all about us and our wonderful differences, I sincerely hope .شبكة adds more representative lessons about who we are.