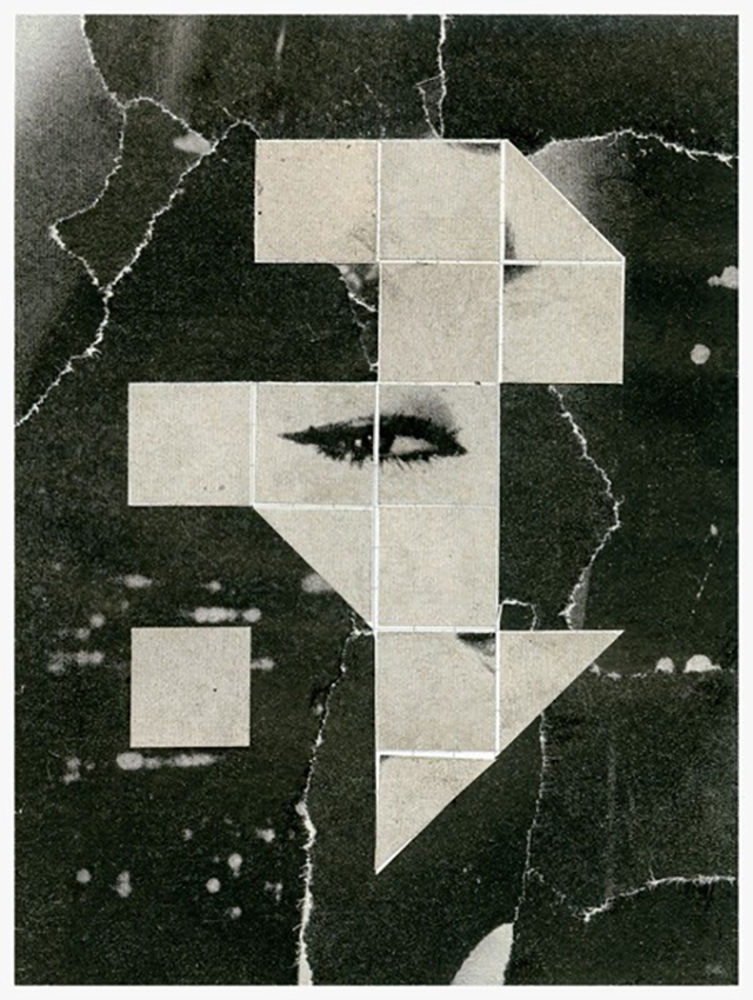 What is it about the collage medium that appeals to you, and when did you start working in this way?
I’ve been making collages for what feels like forever. I used to make zines in high school and collage was kind of encoded into that world, albeit a much looser version of what I do now; then, when I moved to Toronto and started booking bands, it was faster and cheaper to make posters myself, so I used collage to do that, and began to like making them more than actually booking the bands. But I didn’t see it as a legitimate art form for several years; for the longest time I struggled with whether or not it was “real” art. But, I came around. I really grudgingly like the qualities and problems inherent to collage and I try to push against them as much as I can, and I like that you’re creating something by destroying something else, that you’re making something new by actively, literally, tearing apart an object that has outlived its era or usefulness or whatever. And I like that you can make gestural work that speaks to the source material without having to be beholden to that source material. 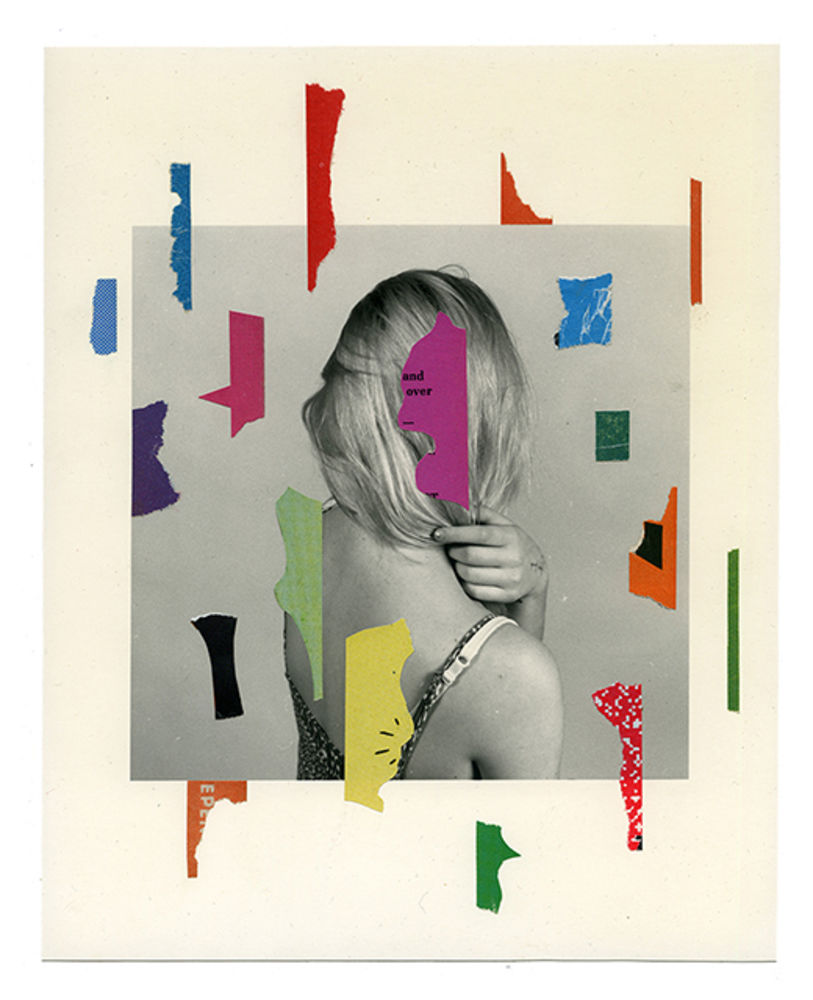 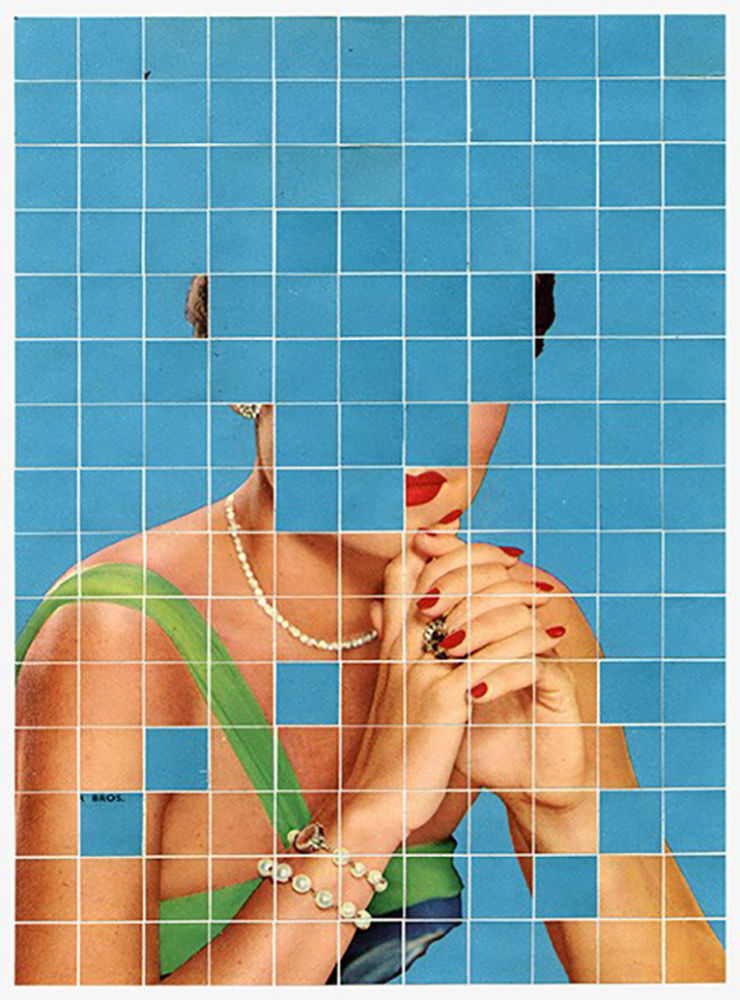 Talk us through your working process...
Mainly it’s repetition. Constant repetition, producing incrementally better results until something that seems “correct” or coherent is made. When I moved to London I became really goal-oriented and fixated on producing a certain number of pieces or images or rolls of film a year, or a month, or a day… it’s important for me to know that I’ve exhausted every avenue that a series can potentially take to know that I got it right. So mainly it’s an obsessiveness guiding me; I’m very aware of the static nature of image making and its limitations and I want to fight against that through the repetition of gestures and forms and methods within and across mediums. Whether that’s successful, I’m not sure—but it’s definitely the driving force behind the way I work.
What are the different themes and ideas you aim to explore through your work?
I used to say that I just liked paper, that I liked how paper tells a story that goes beyond what it depicts or says and becomes more about the surface of the paper speaking to its own personal, inherent history. That’s always been the aim: to use paper (and objects) to talk about history, oftentimes a useless or forgotten history, that’s nevertheless relevant because these objects and images belong to eras that have either conclusively ended, or are ending. Now I talk about how my work is  “concerned with the effects of time on objects and the transient nature of memory and experience”, which is a bit pat and glib, but really, I want to see how time impacts images and objects, and whether that impact can speak to an inherent dignity in the subject, whatever it may be. 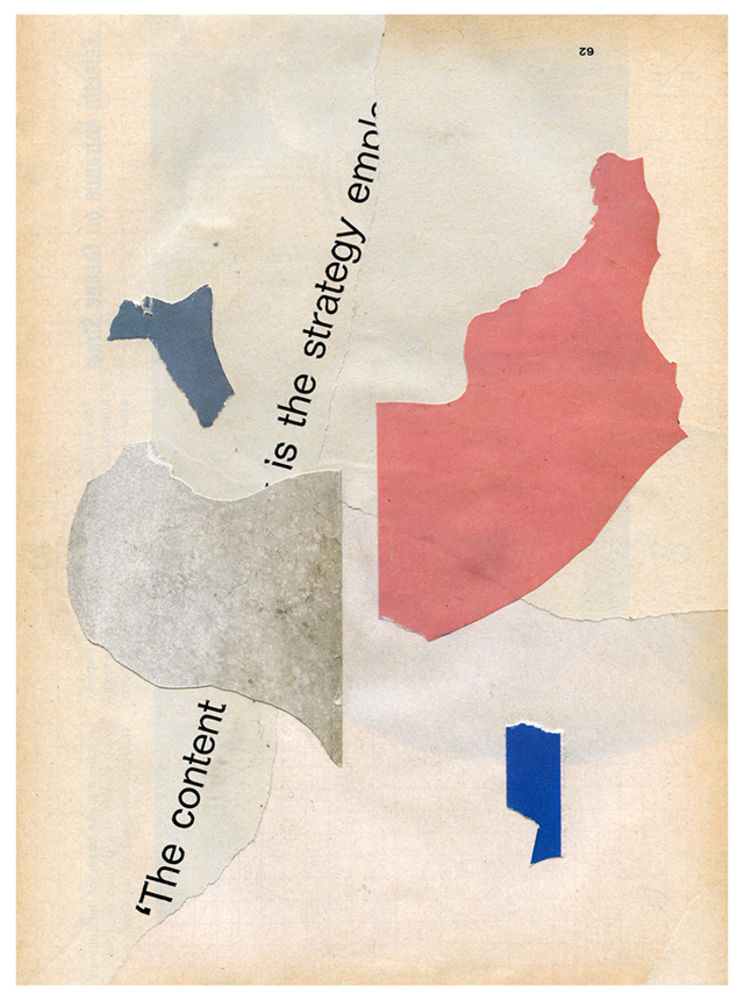 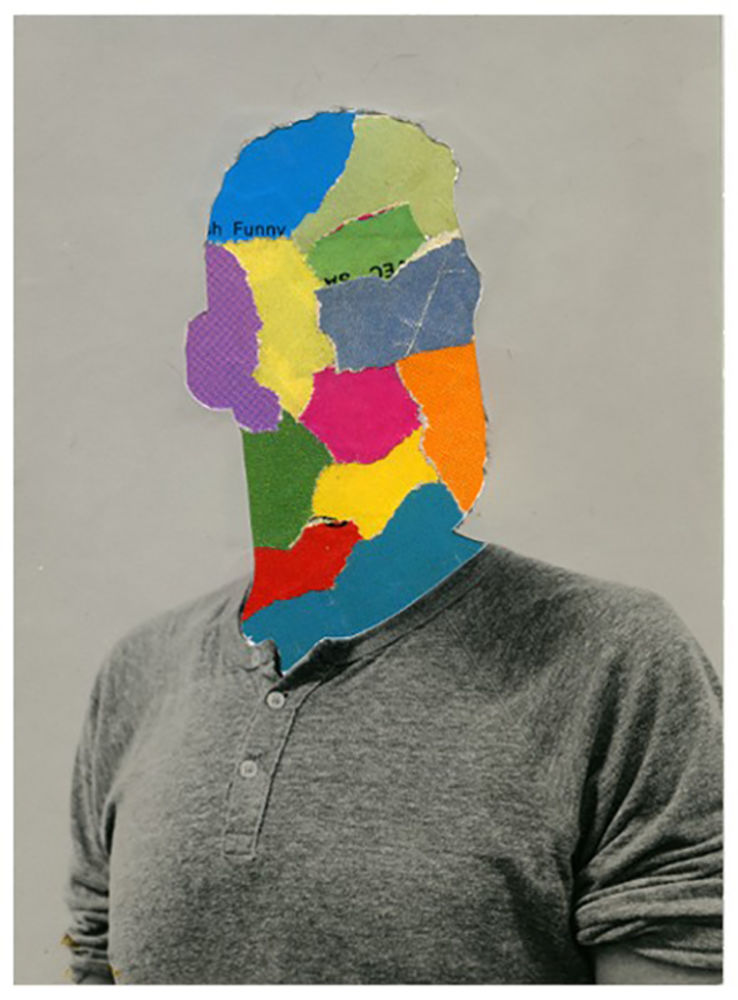 What do you use to create your collages, and where do you look for source material?
It changes, and is changing. I have a dozen boxes of old early to mid-century magazines, from the 30s, 40s, 50s and 60s, and this tends to be where most of my source material comes from. But I’m keen to work my way through these; I’m a bit sick of the collage as a sepia toned reflection on the past and I’m really keen to use my own images as source material and to see what results it produces and how those results speak to the themes I’m dealing with. I want to unite my two practices into something viable and new. The first image in my new book, a collage titled “Rose (Again)”, is a good indicator of where the work is going. The second image is the first image created in my series “There Must Be More to Life Than This”, made in 2011, and speaks to where the work has been. I’m trying to find some parity between those two methodologies. 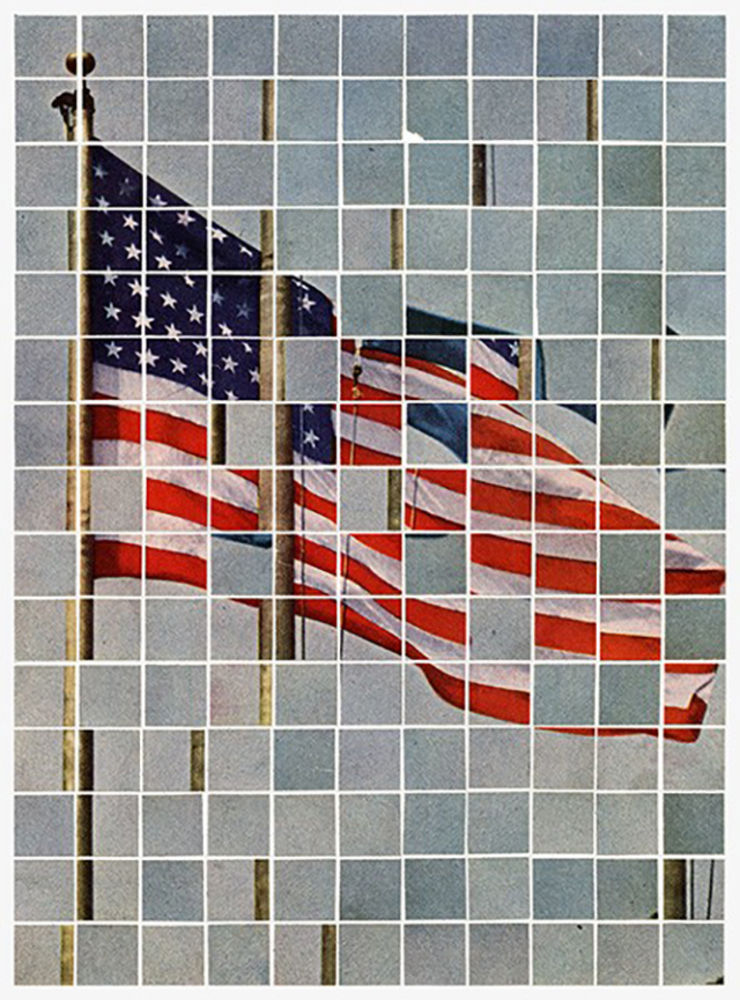 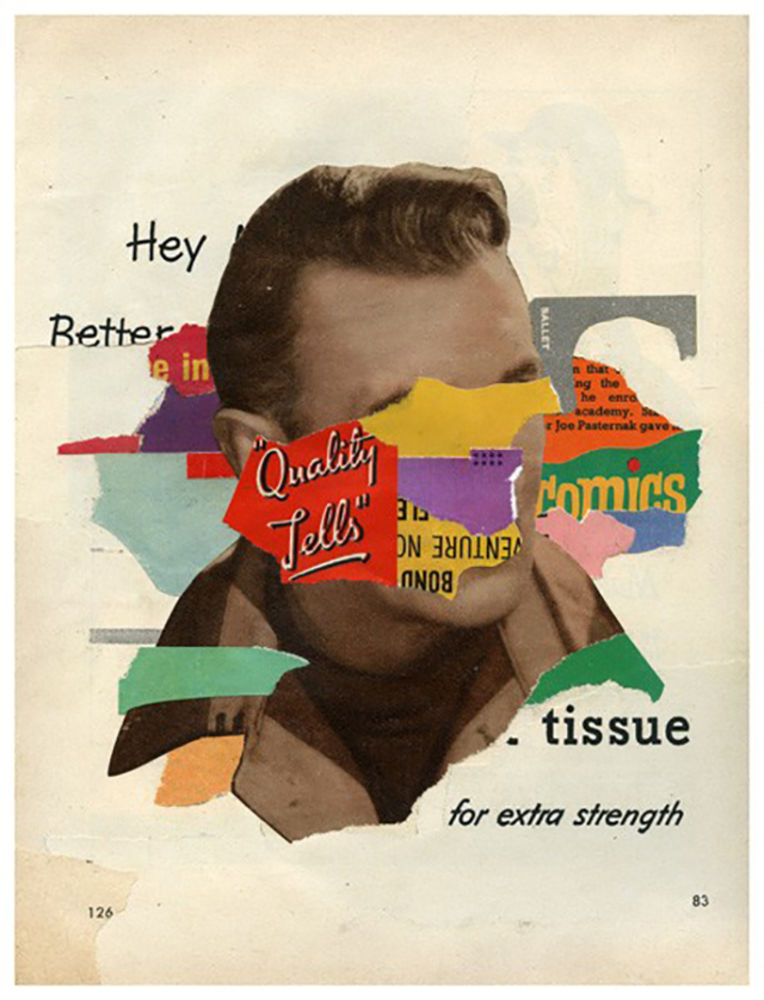 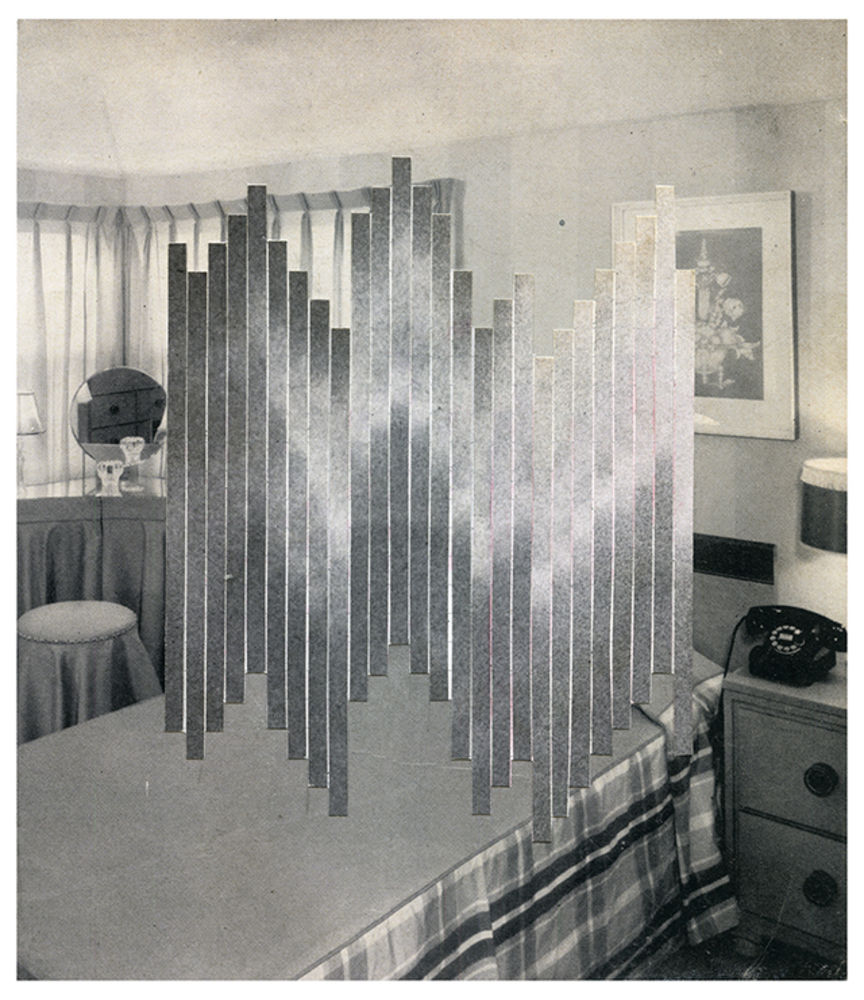 Collage has a rich history as an art form and it has also experienced something of a recent renaissance. Are there any other collage artists whose work has had an impact on your practice?
Kind of, maybe. Obviously there are a lot of people who’ve inspired me, but not a lot of them are collage artists. One of the people who has had a major impact on my practice is Jacob Whibley, a Toronto artist who really mentored me when I was beginning to take my art practice seriously. His work showed me that there was a value in abstraction that went beyond what a typical collage could say; he was a huge inspiration on what would become my first serious series, “Fig. 1-99” and his explorations into new and different forms is really inspiring. Too often collage artists are stuck in a modality that uses “Dada” as both inspiration and endpoint, without any thought given to what the Dadaists were using collage to say. It’s no longer enough to put a few images together and call it surreal, and I’m sick to death of seeing images of women in bikinis looking out at solar systems, or men with radios instead of heads, or whatever. It’s cheesy and played out. I’m more interested in what contemporary photographers are doing and how they’re synthesising the more conceptual elements of collage into really incredible bodies of work that function both as beautiful photography and tacit commentary on the way we consume history and images. People like Thomas Albdorf and Sam Contis and Roe Ethridge and Collier Schorr are absolutely amazing, and their work is such a huge inspiration on how I’m trying to push my practice forward. 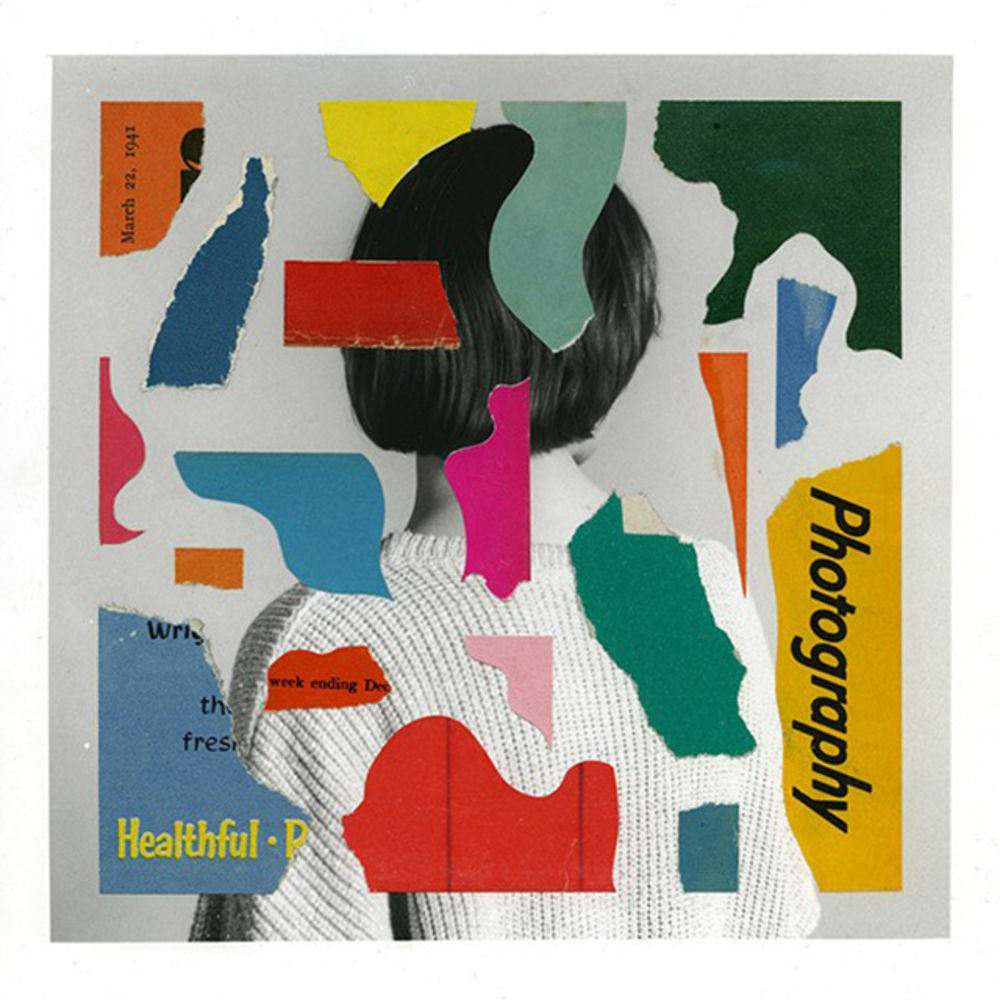 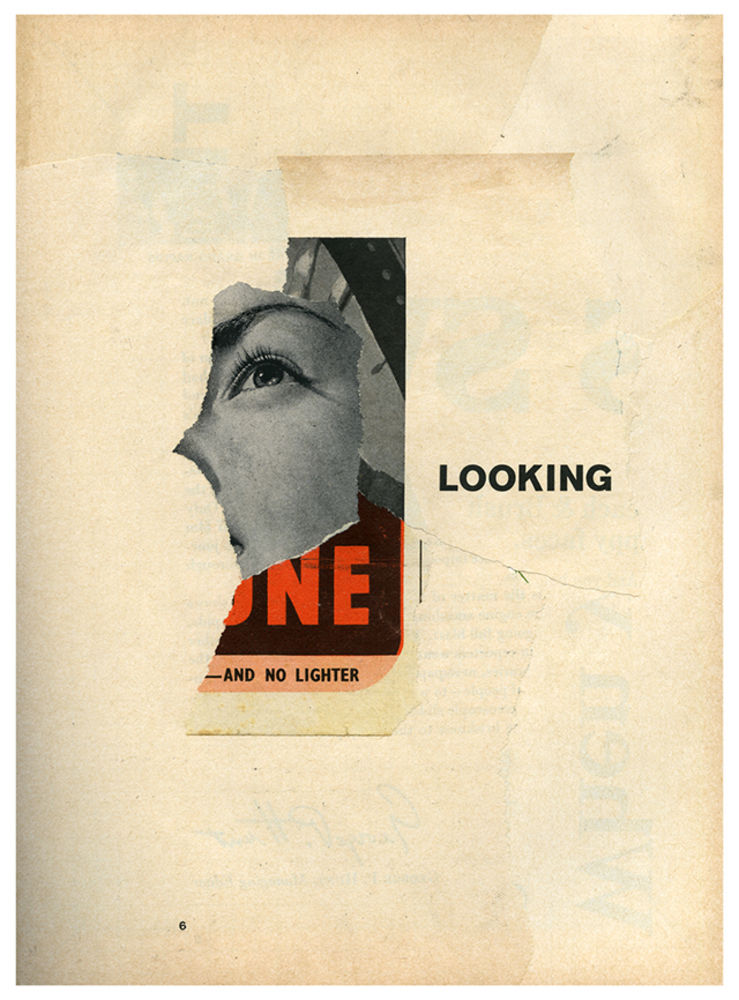 A lot of your work conveys a striking sense of history or memory, is this something you are keen to explore, and if so, why?
Yeah, absolutely. I think that’s consciously been the major exploration in my practice for the past several years, and really, for the whole time, although I couldn’t have told you when I first began seeing collage as art as well as craft that those were the overarching themes. But they are, and I think one of the reasons it’s so interesting to me is that, when I’m in the process of composing images I’m also making my way through however much vernacular history it takes to find the right elements to make the image work; a friend of mine sent me a link to a funny advertising archive thing the other day and I was surprised—or maybe not surprised—to see so many ads that I’d seen before, that I’d maybe used as basis for pieces of work, and it made me realise how much dumb history I’ve consumed and appropriated into something new. A lot of my abstract work, and a lot of the work in the book, takes these sort of empty, facile bits of 40s and 50s ad speak and, I think by removing them from any sort of context, parses out some hidden or new meaning from them: “the content is the strategy”, “don’t just ask for, insist on”, “this is for keeps”. It creates a private language nevertheless indebted to the past. It’s interesting to see how the past can speak through the smallest gesture.
You're also a keen photographer—what's the relationship between this and collage within your practice as a whole?
For the longest time I haven’t been able to formally draw a connection between the two practices, outside the fact that they’re both concerned with illuminating the previously unseen, whether that’s the inherent qualities in printed matter or actual physical objects or buildings or people or whatever, some trace of something. Lately I’ve been trying to make the connections more evident and I’ve been working with my own prints as basis for collage. But I’ve always felt that the two practices feed one another in a lot of ways; they both tend to inform each other compositionally and aesthetically and I don’t think either would work, or at least be as strong, without each other. Nominally, the goal for 2017 and 2018 is figuring out a way they can exist simultaneously in one body of work without any extra weight being put on either and without one feeling beholden to the other. But yeah: they’re intrinsically related and neither would be doable without the other. 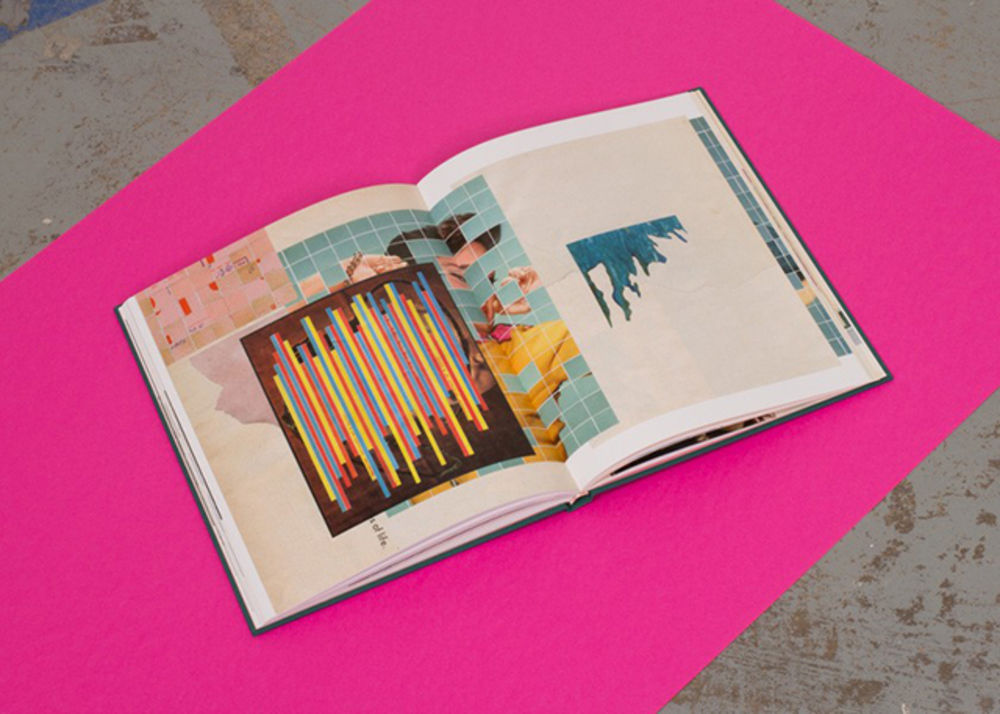 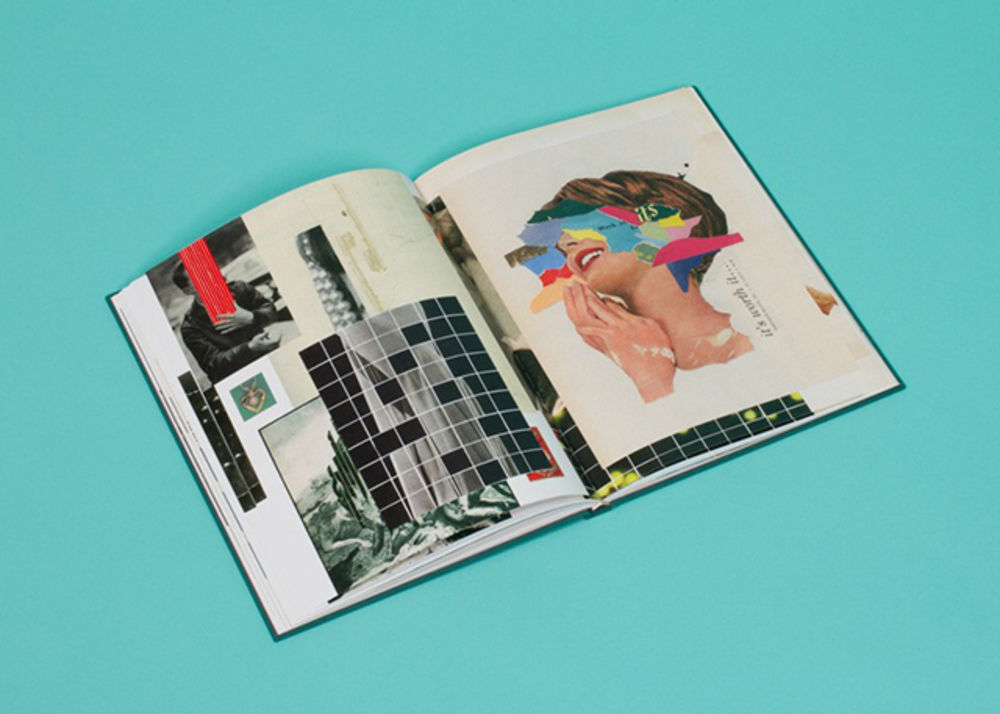 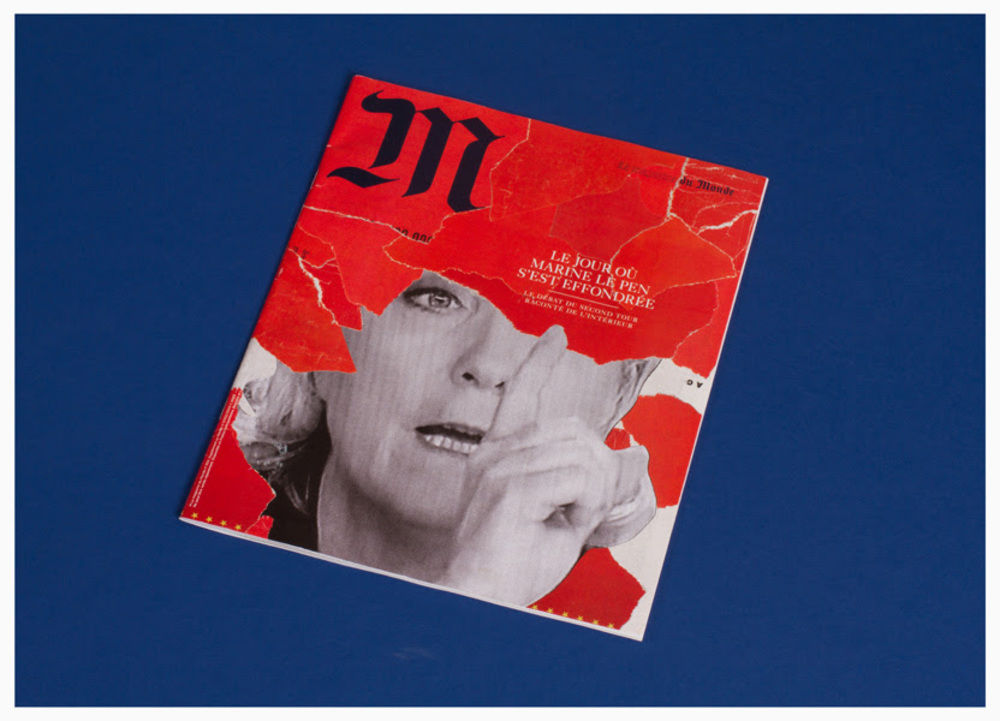 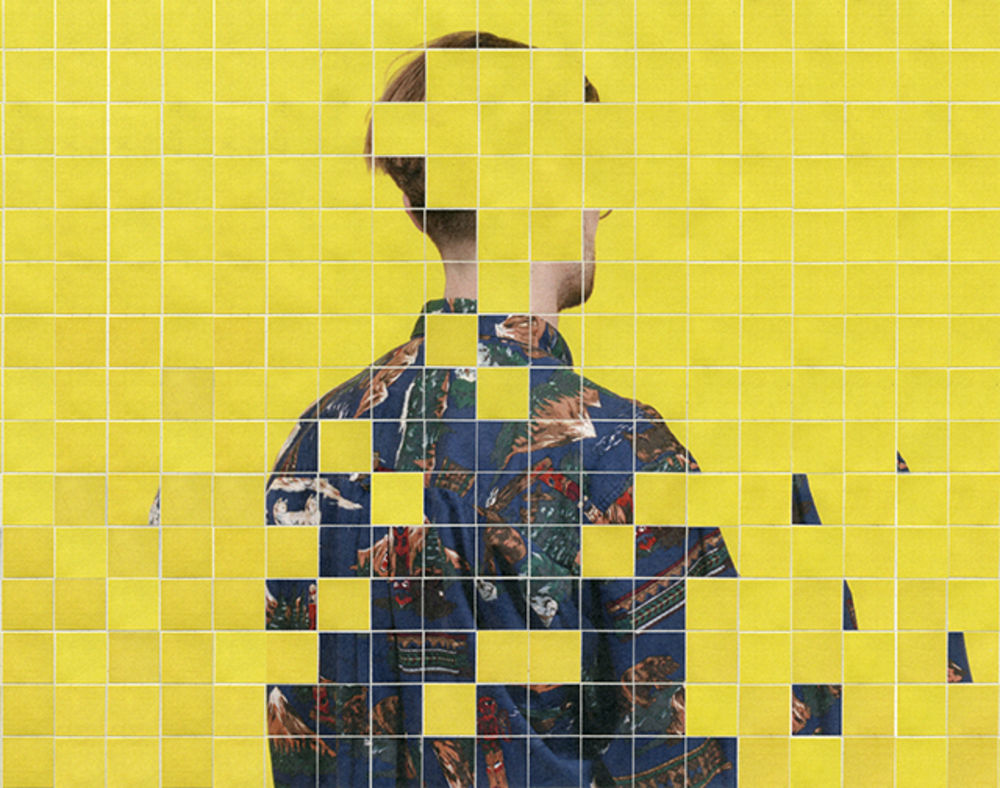 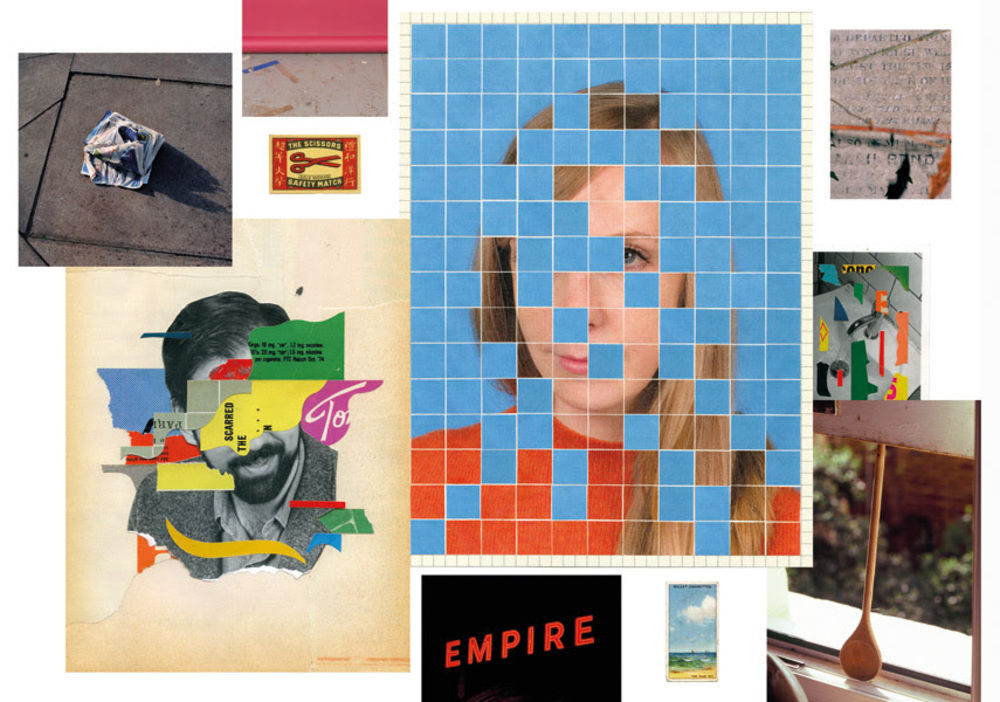