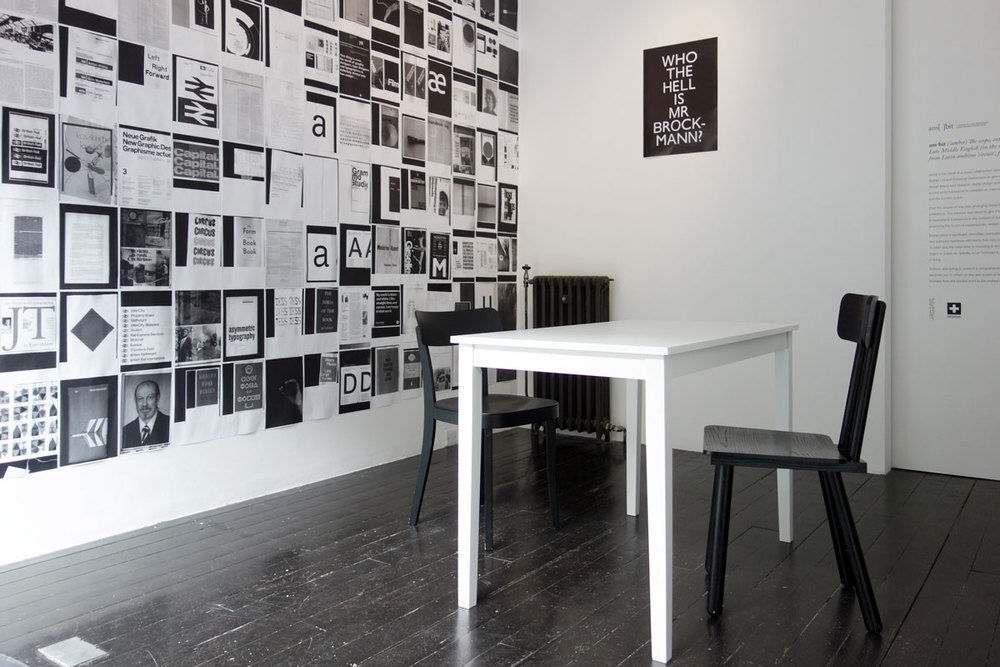 Swiss graphic design never seems to go out of fashion – it continues to influence generations of designers, with revered names such as Max Bill, Armin Hofman and Max Huber to name just a handful of the many Swiss masters. One designer who is continually referenced is Josef Müller Brockmann – a huge influence on Wim Crouwel and arguably the original 'Mr Gridnik'.

In his recent artistic research project, Demian Conrad wanted to investigate how Swiss typography has touched Londoners and vice versa. Conrad invited a group of designers to discuss this relationship during a week-long performance at Ambit Gallery on Brick Lane. We caught up with him afterwards to find out more.

How did the idea for the project first come about?
It all started a common passion for graphic design and society. David Kilian Beck, who is head of culture at the Embassy of Switzerland in the United Kingdom invited me to take over a little gallery in Brick Lane, called Ambit.

So thinking about, diplomacy and exchanges between our two countries, I started to remember how those relationships were really important in shaping the Switzerland we know today. We have British hikers to thank for discovering the peaks of the most famous Swiss mountains, which was also very influential in bringing the tourism model in our country.

Than I remembered my first visit to London, back when I was student in 1996. As students we had the privilege to visit the most cutting-edge studios of the time, including Pentagram, North, Graphic Through Facility, and many others

What remained with me until the recent days, is how British designers could take the Swiss graphic design principles and use them in a freer manner, than what was the used back in my country. At that time Swiss Design was not as hyped as the way it is now. The heroes featured in magazines at the time were generally designers like Carson and Brody, so it was a surprise to walk around the city of London swimming in a sea of Helvetica-style logos, and to see the grid system methodology used in many layouts. A highlight was our visit to North's studio where we admired the systematic approach used for the RAC identity – an outstanding technical project that used something like eight different spot colours. 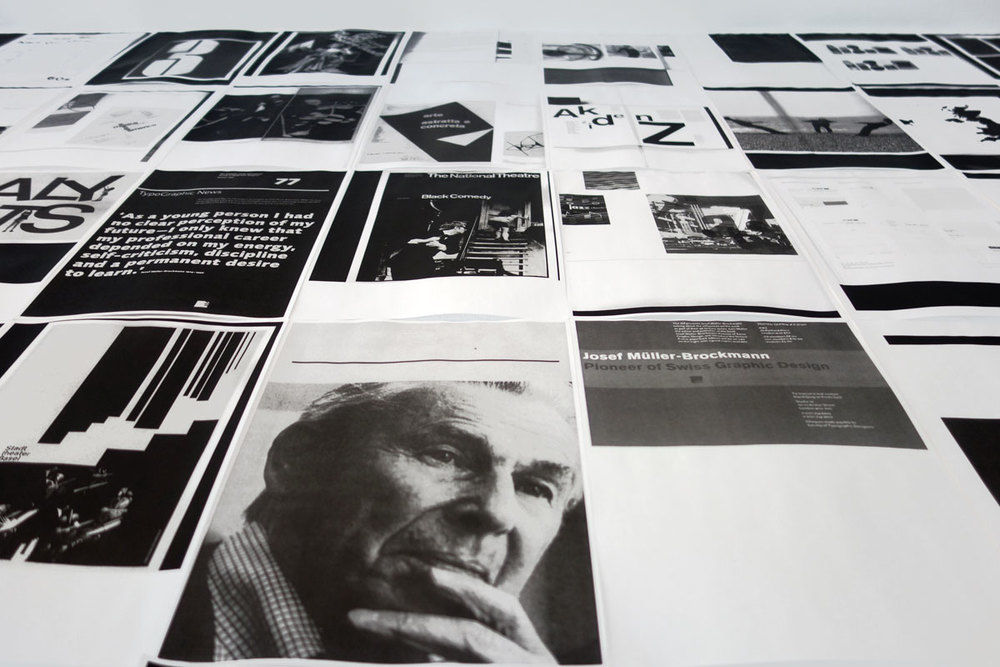 Why Josef Muller Brockmann, is he a particular hero of yours?
In reality, he is not a hero of mine, but I admire him as a master, I respect and celebrate his heritage, and of course in those moments of global instability and crises, we all tend to look back to our origins and re-discover details and thoughts. Is not nostalgia. It's more about being global but tracking back into cultural roots. Perhaps it makes us feel more secure? For me was more of an excuse to talk about Swiss Design, and Brockmann is one of the key figures, and one which was sometimes misunderstood. What I have discovered in my profession, is that not everybody is good at explaining the creative process, breaking it apart and sharing it, and “Mr. Brockmann” was so talented and prolific at doing this. The Grid System, written in multi-languages to have more accessibility, the simple methodology of the 8,16, 32 field grid, is the perfect example. Then, of course, all the energy and passion he put into promoting those new discoveries, with the magazine Neue Grafik. Somehow the idea of bringing the information to your eyes in the fastest and most scientific way, was a turning point, moving away from the more decorative and illustrative traditions.

My favourite Brockmann project is surely the Poster for Musica Viva 1960, a pure text set in a big black Akzident Grotesk with only the colour red used in order to build a hierarchy. What remains is a series of letters and the paper.

In Switzerland, a country where the majority of the population has a Calvinist background, the shaping of dynamics of what we are allowed and what not is quite strong. For instance, I believe that forbidding holy images in the Protestant churches might somehow have had a parallel with typography-only posters. 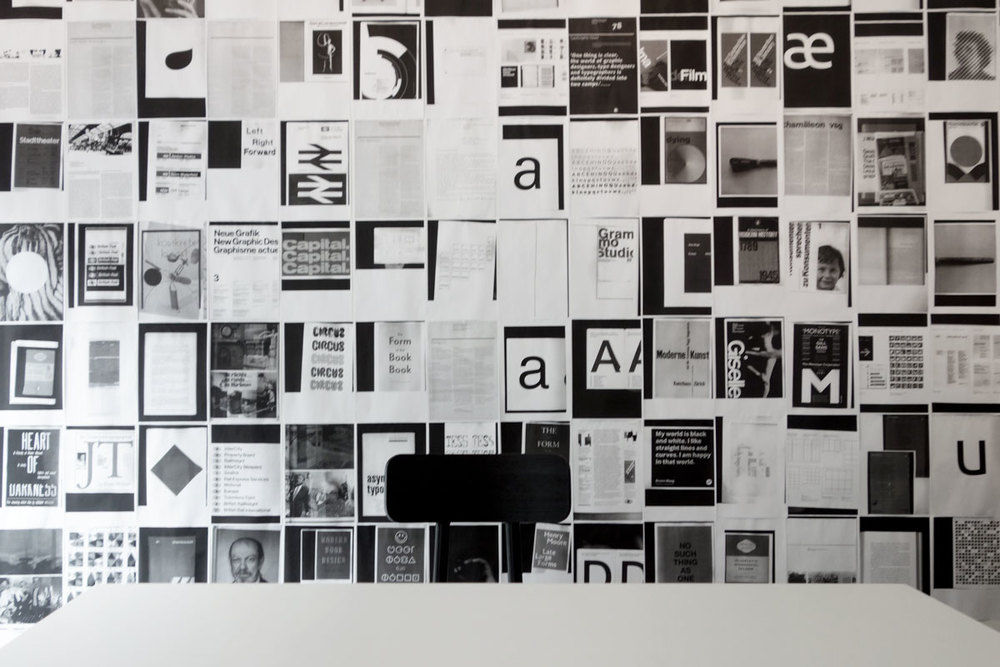 With so much communication happening digitally these days, was it important that you spoke to people face to face?
I think personal discussion face to face is a fundamental act, we are somehow all trapped into this world of digital devices, feeling a sense of freedom, due to the portability of laptops and smartphones, but in reality we are all always working long hours everywhere we are.

My setting in the gallery was really simple – a table, two chairs, a Xerox machine, and good coffee and chocolate.

During the meetings I also asked to bring a Swiss design artefact that they owned, and that was the starting point of our conversation. Touching, smelling, sharing, silence, smiling, irony. All these things are the beauty of sharing in real life. I think that is becoming more important as we understand the need of the quality of a “good life”. 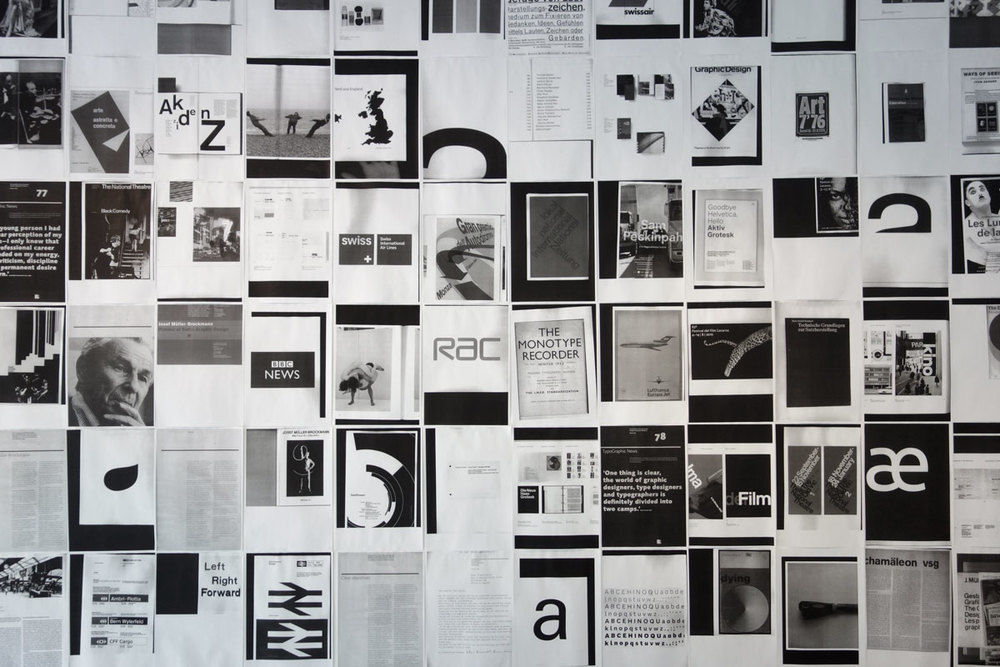 Did you have any preconceptions about the outcome of the project? Were any of these proved correct?
Yes of course, I thought that I would find more people who hated the Swiss graphic approach because it might be seen as sterile or cold, but in fact I was surprised to see how the Swiss masters are still loved and appreciated, by designers at all stages in their career.

Of course my key interest is to understand how design culture is moving all around us, looking at how ideas are diffused, and where those “memes” flow around. Finally I wanted veto consider what, in a certain culture, blocks access to new ideas, and what are the social and cultural ingredients to let new ideas flourish. 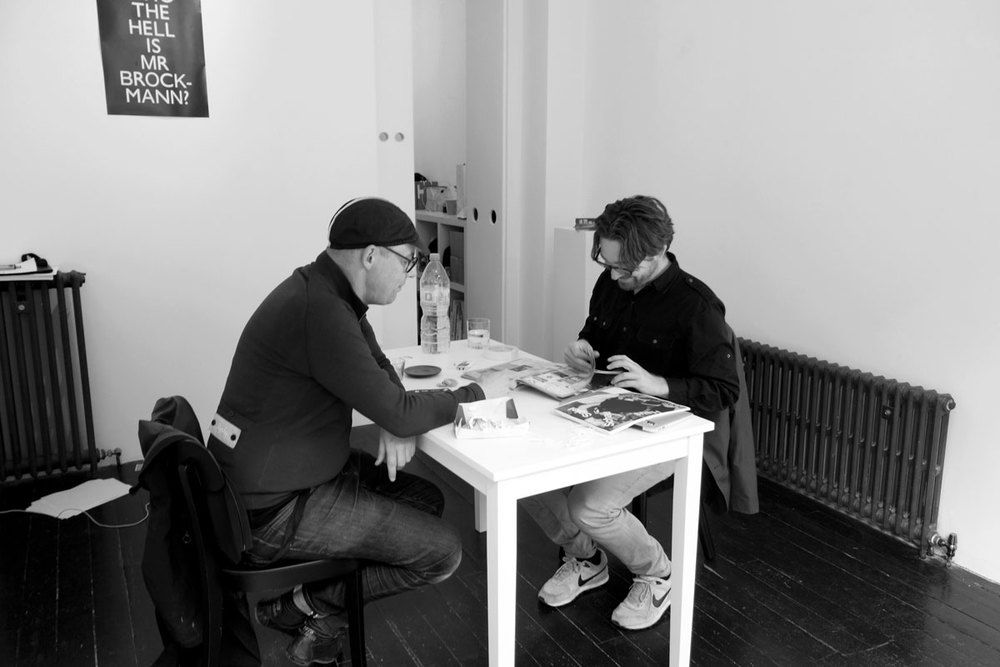 What was the most surprising aspect for you?
The first amazing discovery was how an entire generation of designers were really eager to learn more about the Swiss approach. Richard Hollis was telling me, how they travelled by train into Switzerland in order to visit Swiss designers, exhibitions, and pick up new ideas. That was a long way to go. But also how those designers were so fascinated by the craft skills of Swiss printers, mentioning how type-setting could get so close to the edge of the page, apparently something impossible at that time in UK.

I believe that London or UK in general, acted as a catalyst for the movement. If a Swiss institution used Helvetica for an identity maybe it was visible only for the habitants of its Canton, but if the same font was used to create the corporate identity of an international company, the worldwide visibility was guaranteed. That is why we retain the pharmaceutical design of that time, like Geigy. As mentioned in the documentary Helvetica, this font was an excellent solution for all the corporate needs, and for sure companies based in England embraced that new idiom. English designers had no problems using the objective and structured approach of the International Style, creating designs which were memorable, easy, modern and non-threatening 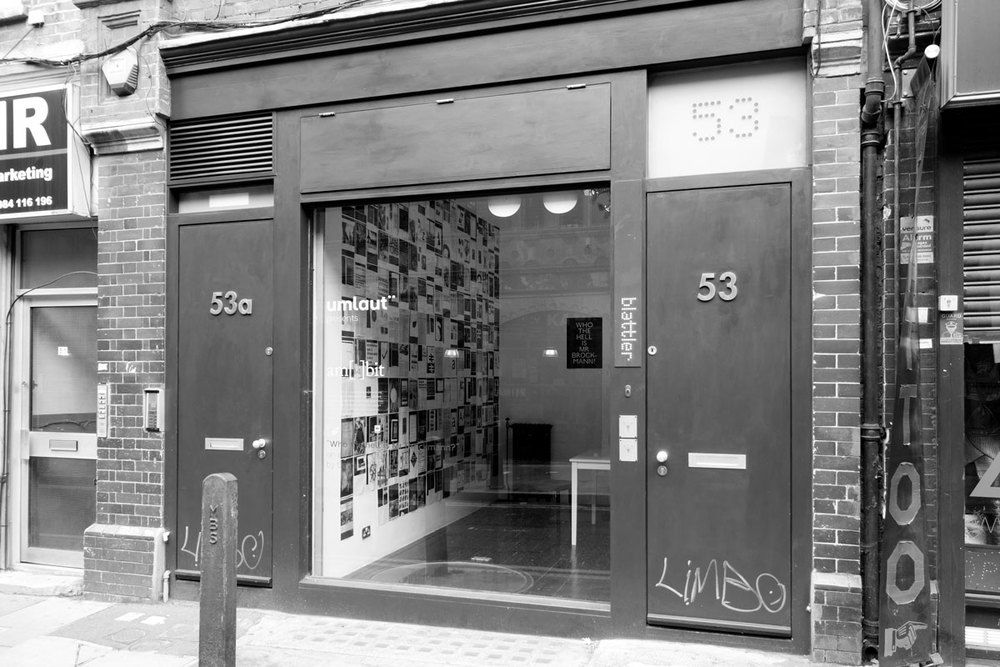 What did you learn about the enduring impact of Swiss design on UK designers?
Swiss graphic design continues to influence the English scene thanks to the new generation of students who graduate from Swiss schools such as HEAD in Geneva, ECAL in Lausanne or zhdk in Zürich. As discussed during one of the interviews, many of GTF’s collaborators and interns come from Zurich or Lausanne universities.

At the totally opposite end of the spectrum, you have also studios who have decided to stay away from the grid-heavy, Swiss, minimalistic approach. Or other studios more connected to the local culture who look to other styles, such as the beautiful Arts and Craft heritage, or just taking inspiration from the daily exquisite creativity of vernacular typography you stumble across into the streets of Brick Lane or other amazing neighbourhoods..

Has there been any influence in the other direction, with British design influencing Swiss designers?
For sure. When we think about graphic design practice from the 1980s, the influence of the english Punk movement was strong. Subculture needed a visual voice, and many British designers were working for the music industry creating new sleeve designs that circulated all around the globe. For example the work of Neville Brody was a huge influence in our country, typically during the club scene in Zürich.

Cornel Windlin, who spent few years in London, created a striking visual identity for the Schauspielhaus with a kind of Swiss but slightly off-grid and punchy aesthetic; that was is a brilliant example brought along by one of the participants of the project.

If we talk about colours I can feel the influences of studios such Peter Saville or GTF recent Swiss graphic design. It’s clear that, when travel becomes easier, the cross-contamination of ideas and influences is increased.

Are there any plans to publish your research?
Yes. We recorded more than fifteen hours of interviews and we would like to supplement them with more theoretical contributions. In the meantime, we discovered another project about Swiss design practice abroad, which has links to our project. I can see the one-week project continuing as a publication and maybe as an exhibition. I have approached various museum directors in my area to discuss a possible show, hopefully in Autumn 2018.