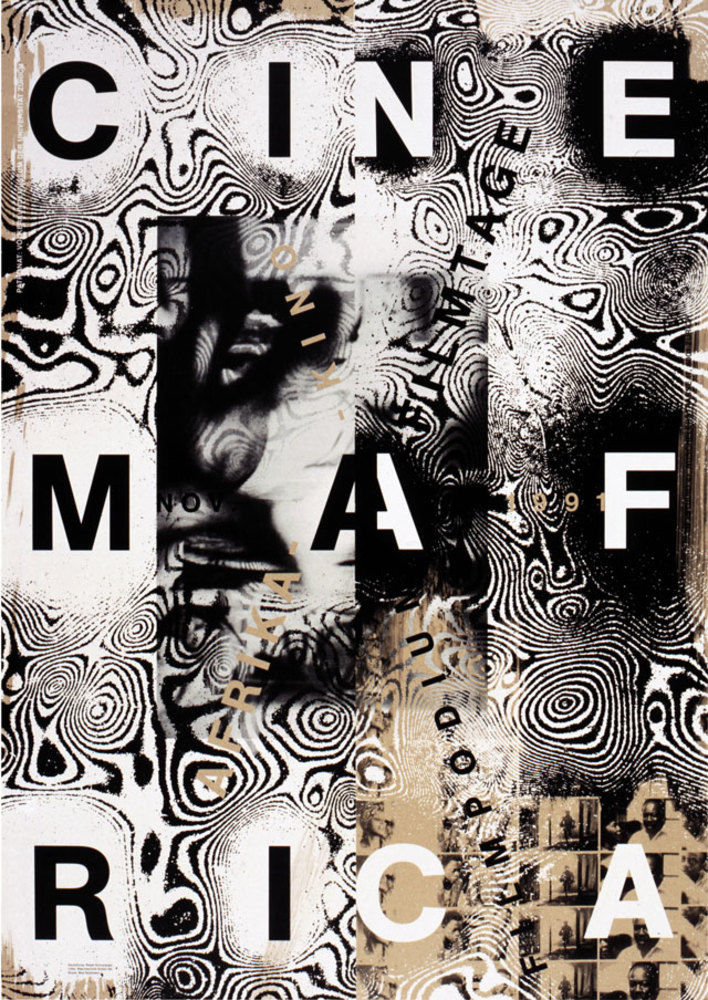 Swiss graphic designer Ralph Schraivogel is often considered one of the most accomplished poster designers of recent decades. Winner of the very prestigious Chaumont International Poster Competition in 1996, 2010 and 2017 (as well as a raft of other international design prizes), his posters are now in the permanent collections of museums such as the MoMA in New York and the Stedelijk Museum in Amsterdam.

Throughout his career, Schraivogel has designed numerous books and identities, but he has become best known for his striking poster designs for cultural institutions and events. Two of his longstanding clients are Zürich's Filmpodium cinema (which he has worked with since 1983), and the Museum für Gestaltung (a client since 1984). 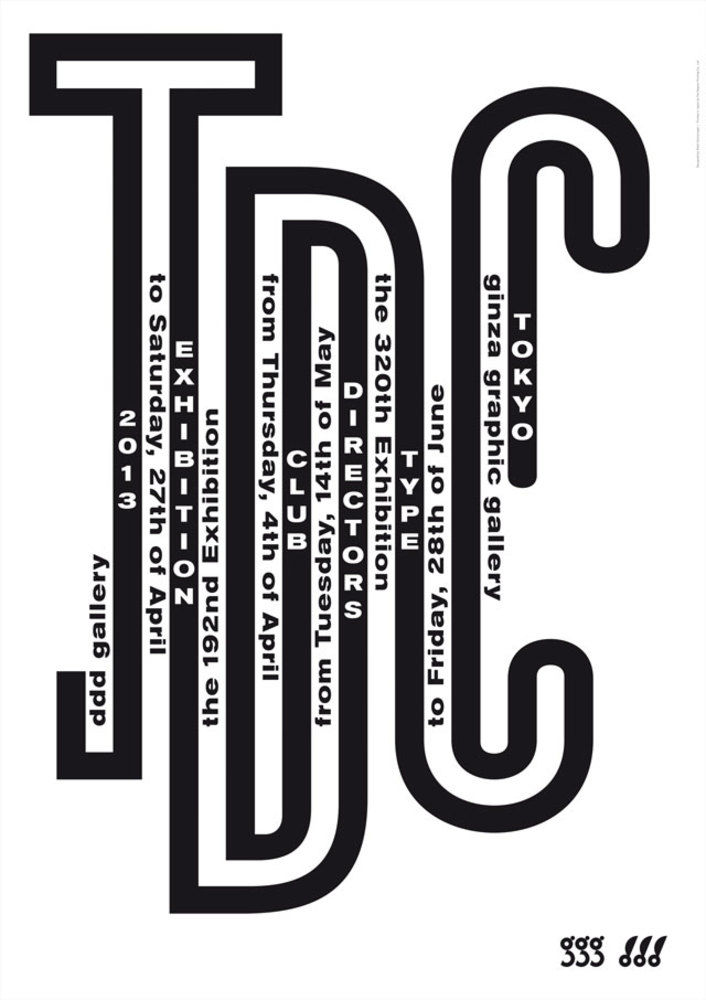 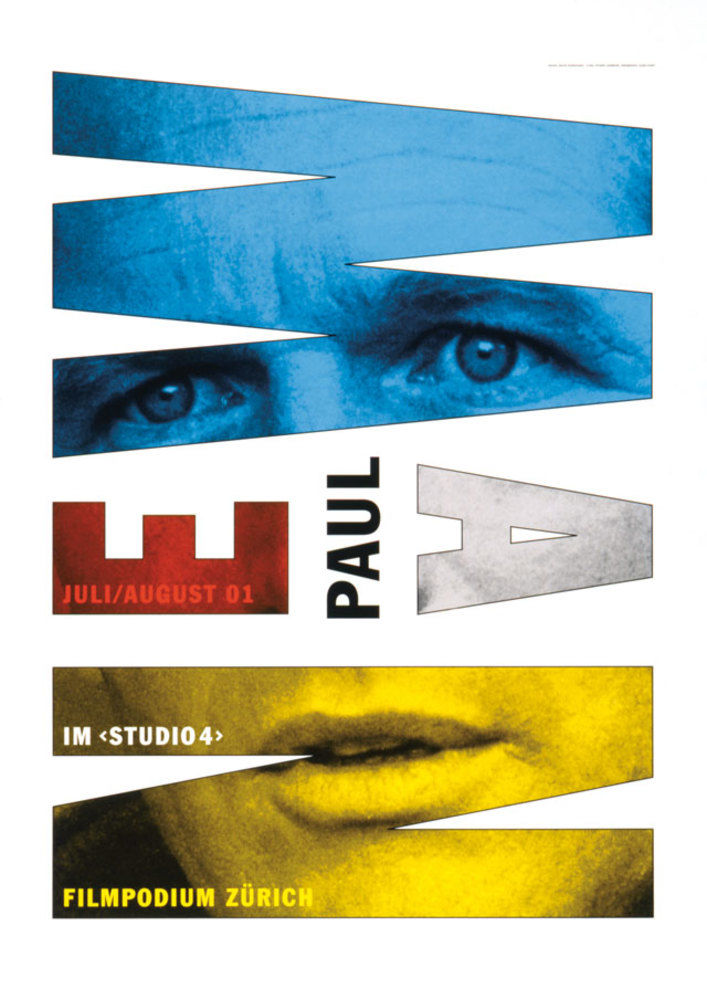 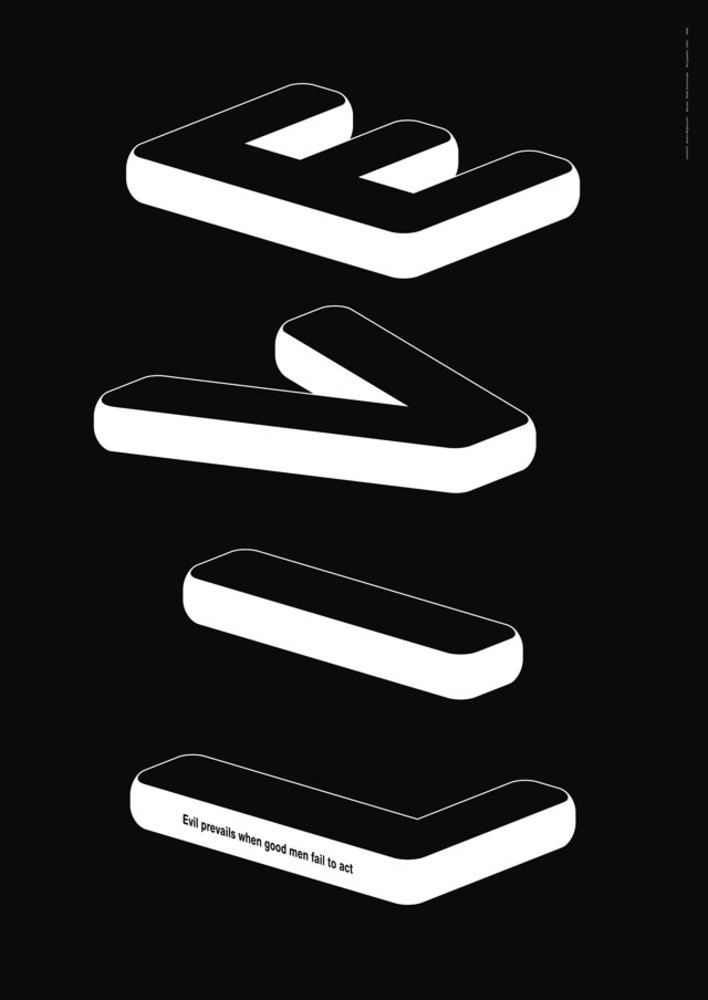 Ralph Schraivogel's work is expressive and experimental – his early work rejected the restrained approach displayed by the influential Swiss graphic designers who came before him. In an interview with Patrizia Crivelli and Vera Sacchetti, he explains: “I just saw possibilities, what has been done, not done and why not, and I also had this thing that I was “anti” Swiss design. I was told by an older designer I was spoiling Swiss style – spoiling the grid – but I was very proud of this, I thought it was the right thing to do.“ While Swiss design might have lost some of its appeal, the designer looked to Japan for inspiration: “In 1986 I came across a Japanese Design Yearbook of the same year, and it just resonated: here was serious, well-done design that didn’t look at all like the Swiss style, and there was something, a quality to strive for, which was different from all that was around me. To me, this was important. I didn’t want to do the same as they do, but it was important to know about this parallel universe, which was something completely different and creative.”

The designer only produces a handful of posters a year, and each is painstakingly researched and planned. The exhibition features 65 of Schraivogel's posters, as well as material from the archive, sketches and work in progress, which chart the process of creating a poster.

The exhibition is designed by Jean Schneider, and the graphics by Niessen & de Vries. During the course of exhibition there will be a series of talks and workshops, including two 'danced tours' of the show by the Mü dance school. 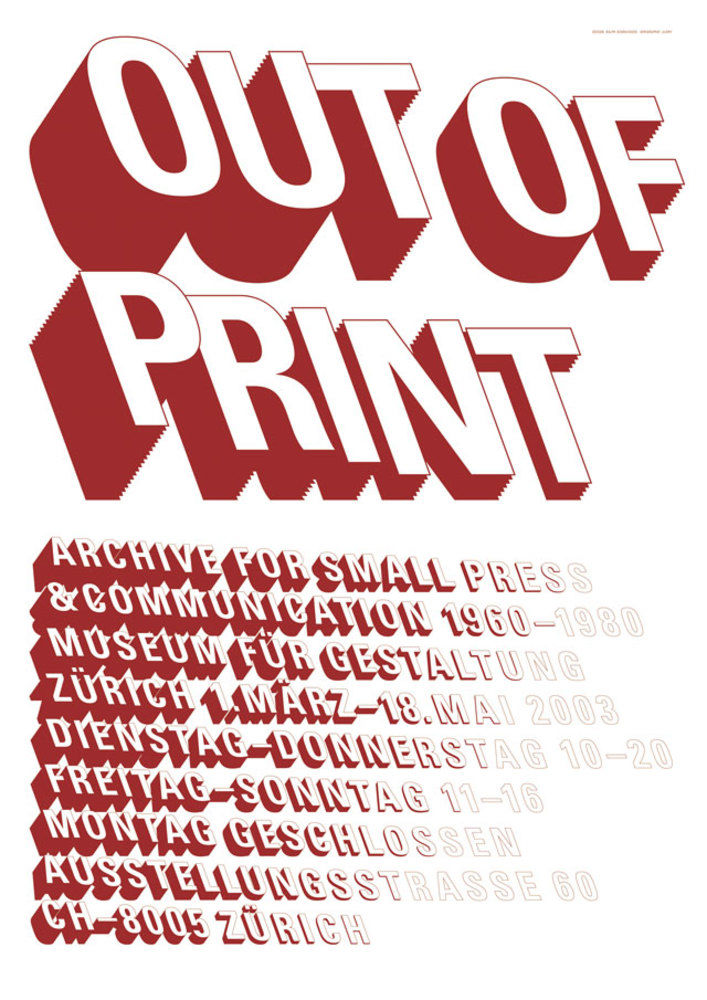 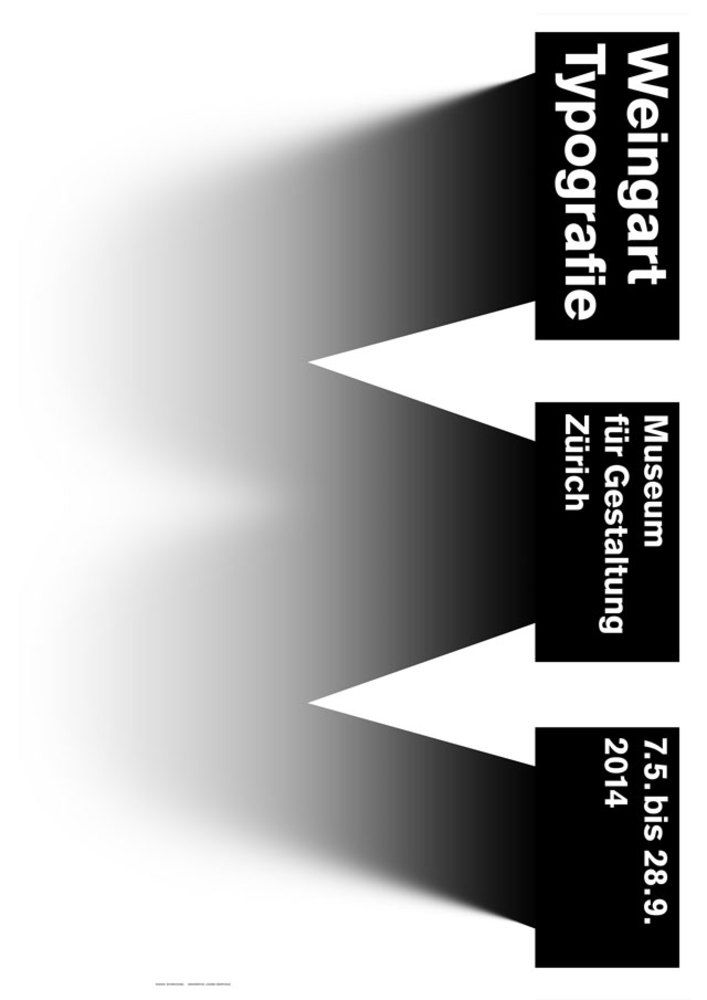 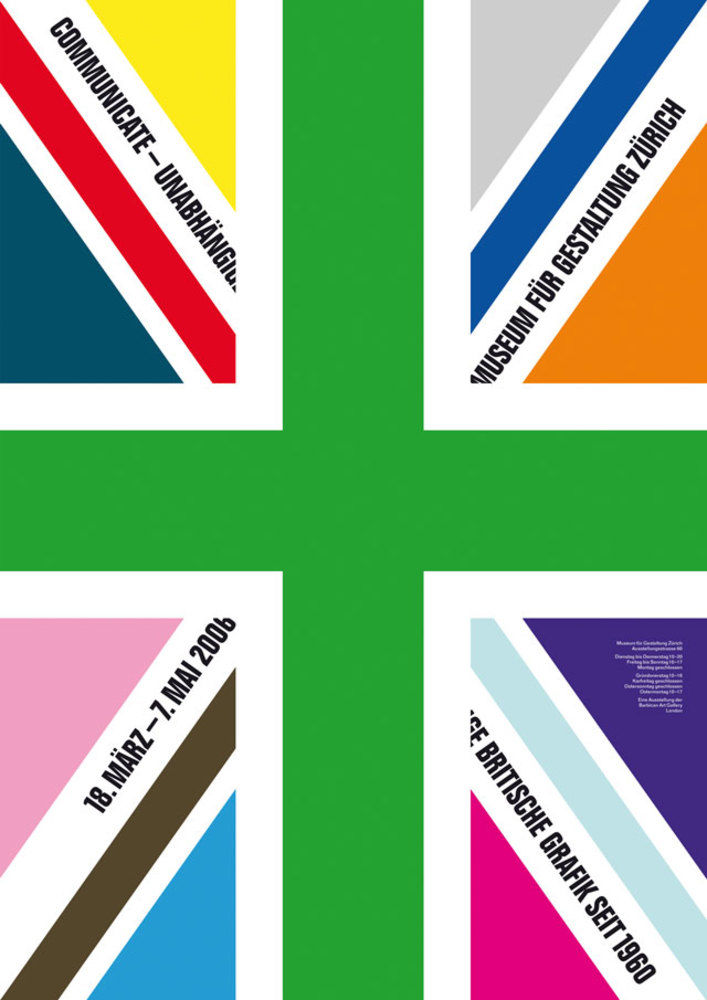 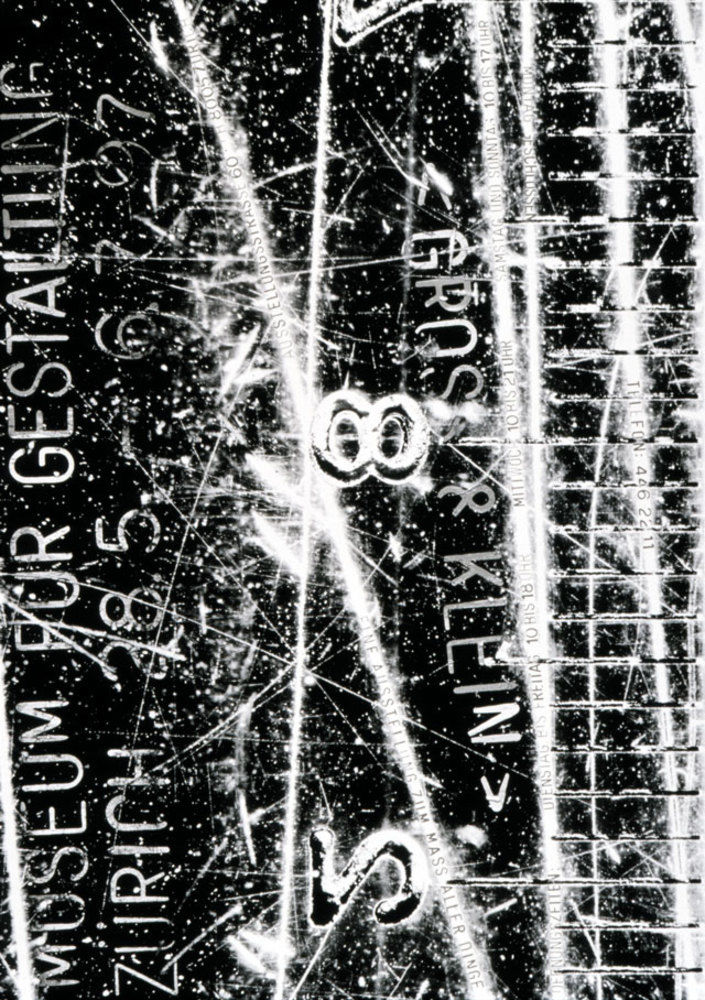