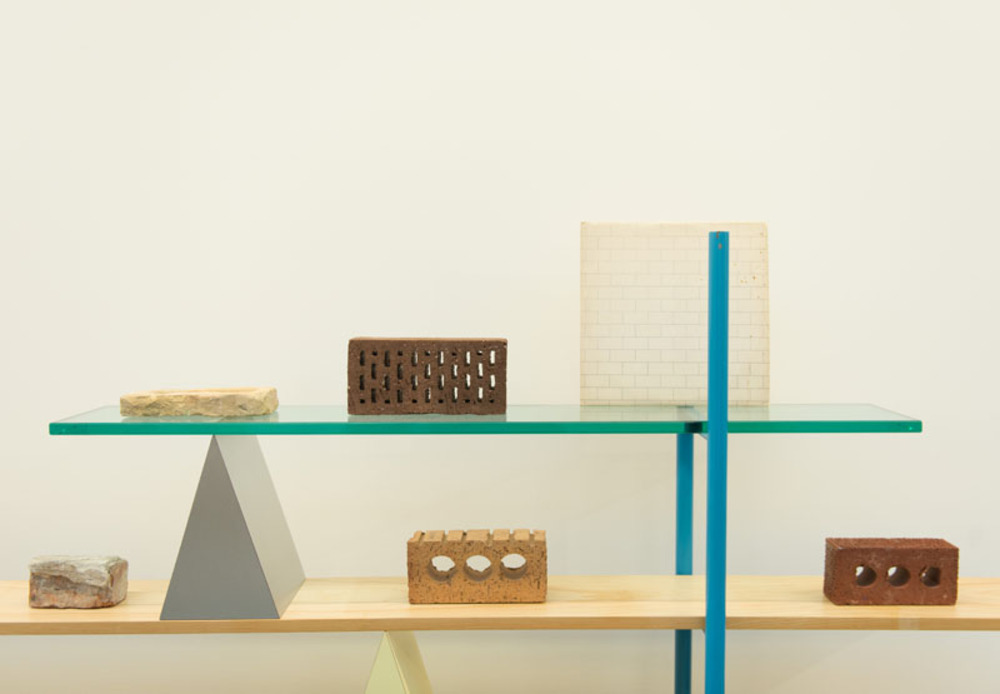 Shelving remains an innocuous area of contemporary design’s mythology. Anyone with more than ten books that they care about enough to have on public display has likely mooned after a set of Vitsoe shelves (and then balked at the price); but while Dieter Ram’s precisely structured shelving system has achieved the status of an icon, it’s tough to think of many other examples that wouldn’t seem wilfully esoteric. Hence why the most recent show at the Serpentine’s new Sackler Gallery, design is a state of mind, by Italian designer Martino Gamper, was the first exhibition that I, and likely you, will have visited that is devoted to what is, essentially, storage. In the most anodyne and descriptive terms, this is an exhibition that could be paraphrased as shelves in use.

Salubrious shelves, for the most part, created by the likes of Gio Ponti, Anna Castelli Ferrieri, Charlotte Perriand and Alvar Aalto, though there is also a representative from the IKEA catalogue and, of course, Vitsoe. Together they make a surprisingly engaging display of structurally ingenious solutions to what scans as a basic problem: the provision of stable, flat surfaces. Here we are shown that this can be achieved either through typically trabeated constructions or by the use of complicated suspension mechanisms, counter balances and extensive bracing. While some are exercises in rationality, a mere substrate for other objects, there are plenty that would challenge an owner to find an ornament worthy of their support.

That’s not such a problem here, as the collections on display have been loaned to Gamper by friends and paired by him with which ever apparatus he thinks best. Thus you can peruse a piece of rubber that Ron Arad fashioned while bored at dinner and Marc Newson’s knife collection, or Jurgen Bay’s wasps nest and Paul Neale’s stack of LPs (I’m Your Money by Heaven 17…), or Michael Marriott’s ‘Crodo’ breadstick container and Jason Evan’s horde of international wooden spoons. Thankfully the show doesn't stifle the viewer with ruminations on the prophetic power of the archive or the demiurgic intents of the curator: this miscellany is left to be as solipsistic, beatific and cantankerous as any pool of personal possessions is want. Curating and archiving are really just the academe’s titles for what are common domestic pursuits.

Shelving plays an important function in the mechanism of domestic self-definition, supplying an armature upon which we can project an idea of ourselves as we would like others to see us. Thankfully, the fad for built-in storage and the overzealous minimalism that denied that families lived for 365 days of the year with more possessions than could fit in an overnight bag is over; that self-restraint was never “modernist” in the elevated, considered sense — anyone who has walked round hardliner Ernesto Goldfinger’s home at 2 Willow Road will be familiar with the cill groaning under tokens and souvenir, equal parts treasure and tat. White walls, wide windows and plastic arrangements of space were only ever a stage on which things could come alive, not a vacuum from which they must retreat or else suffocate. 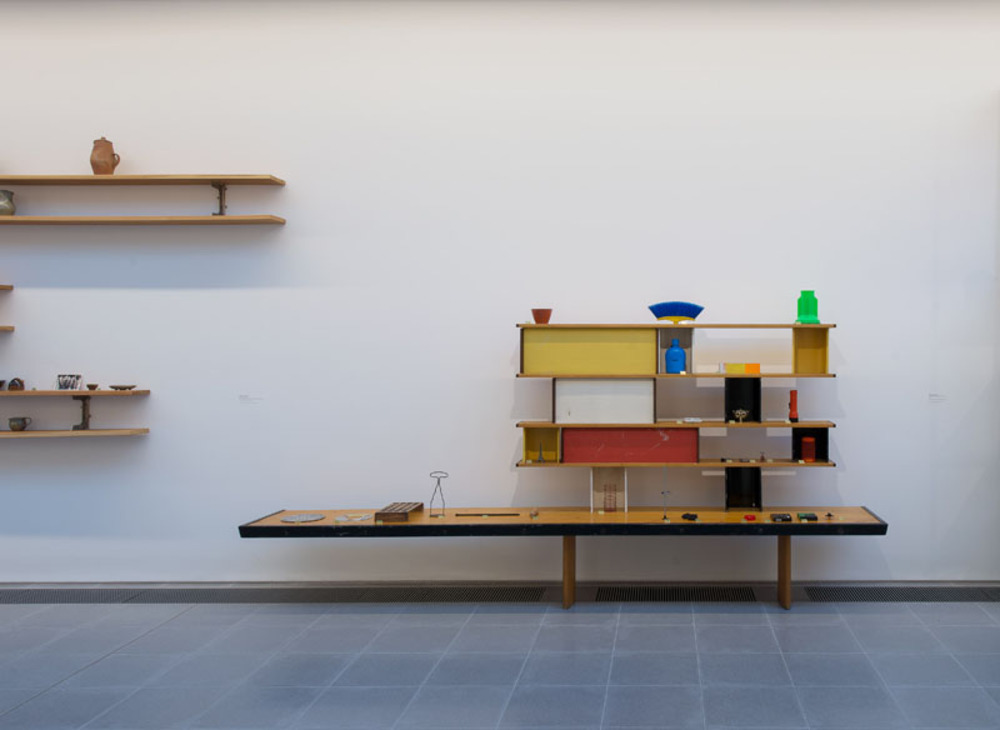 Despite appearances, this show is an explication of Gamper’s own working practice (and not just because it conceals several of the designer’s own creations). Here he circumnavigates the obvious tensions that arise when design enters an art gallery context, often revealed as a barren topic of investigation. Instead, Gamper restates his role as bricoleur extraordinaire. Gamper's work is always agreeable, salutary and magnanimous. Those are powerful attributes in a world of objects that are increasingly disinterested in their maintainers (and once the “internet of things” takes hold they will presumably turn towards themselves completely).

The amalgamation of art and life has long be part of the Modern project, but, less considered, the amalgamation of design and life is now an equally pressing concern. Gamper skewers it by tacitly redefining design’s relationship to use. His best work, such as the 100 Chairs project, has seen him, not taking material and arranging it towards an anterior purpose, but attributing design as use, a form of everyday engagement, as a means of living. While this might sound similar to so much of the process-led-design zeitgeist (of which it is not part), it is completely opposed to fetishism of technique, machine and jump-cut atomisation; in short it lacks their preponderance for spectacle and performance. Gamper’s process is ninety percent emotional entanglement with the world and ten percent the bonding of materials. 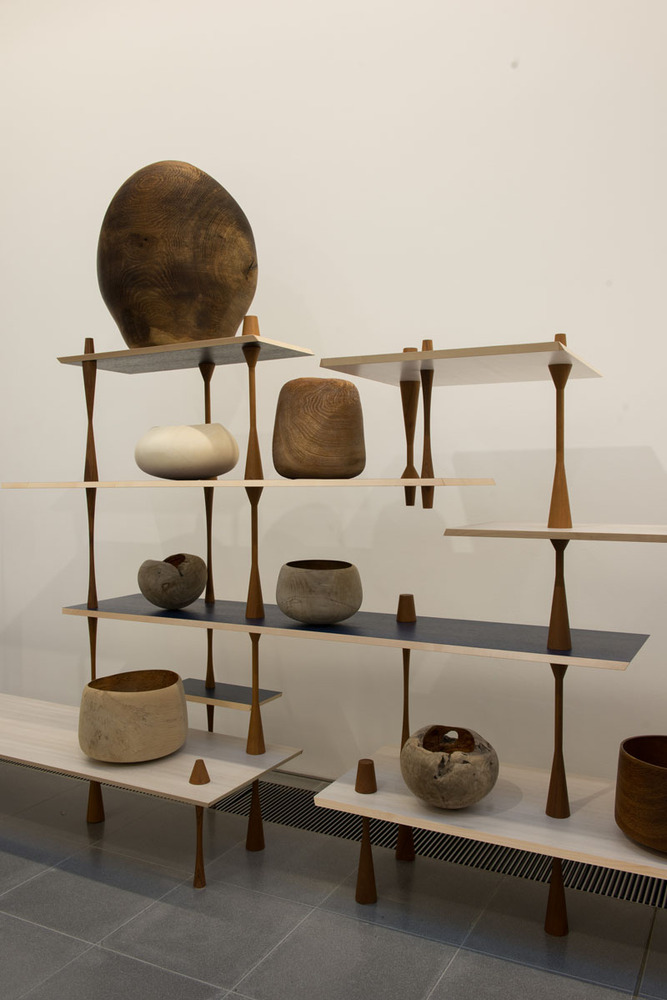 He is chiefly interested in the psychology of furniture, how it activates the mental and physical spaces  in which it is ensconced. Gamper carries out in practice a similar analysis to that which philosophers, theorists and writers such as Hedgier, Virilio and Perec conducted throughout the 20th century. As Virilio described it, most modern instances of that specious noun “room” are indistinguishable conflagrations of right angled planes, windows panes and wall-sockets: furniture's the thing that tells you how to behave.

Being told how to behave is really just an invitation towards performance and Gamper’s theatre, at least in the appearance of the final object, hinges on improvisation, of taking only what’s to hand and finding the art in its correct combination. Whether fortuitous or carefully staged managed, that embedded sense of serendipity is attached to each one of his bespoke works. Improvisation is composition at the point of acting, otherwise phrased as everyday life. Gamper is one the best of his generation at creating situations in which objects appear to live easily. This exhibition is one such situation.