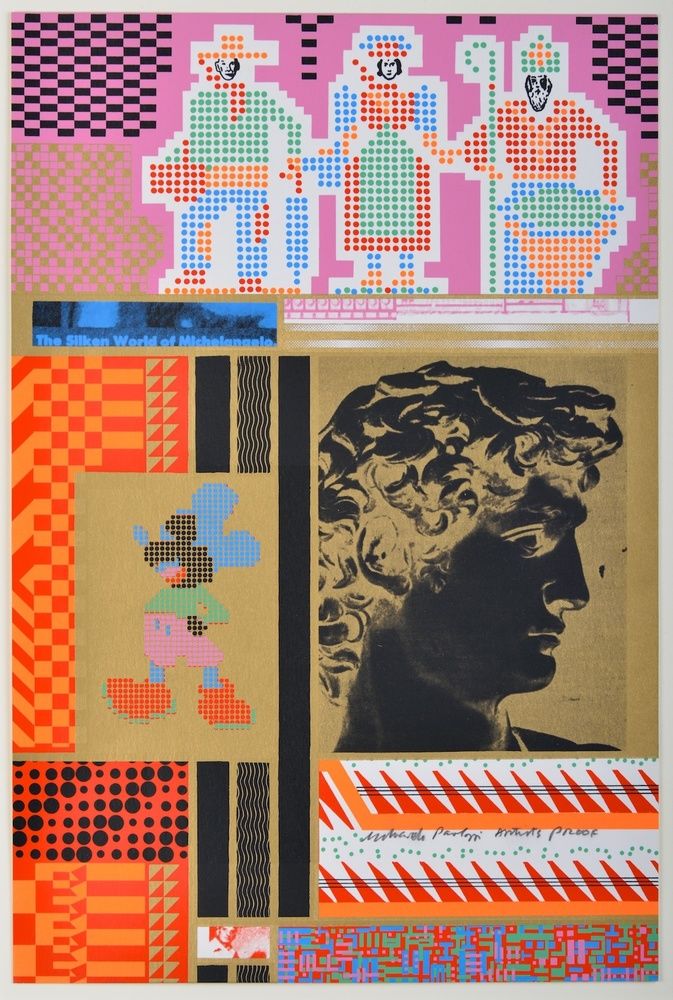 Anyone with a penchant for Pop Art would be wise to plan a visit to Pallant House Gallery in Chichester this spring, where a major new exhibition celebrating British Pop Art has just opened. POP! Art in a Changing Britain draws upon Pallant House's extensive collections — it holds one of the largest public collections of British Pop Art in the world — to explore the history and legacy of the movement within the UK, and to shed light on the changing social, cultural and political conditions that prompted artists to respond in increasingly dynamic, subversive and unconventional ways through their work in the mid-twentieth century.

The exhibition, which is Pallant House Gallery's largest to date, examines themes such as Man and Machine, Celebrity and Pleasure, and Series and Repetition, and presents a rare opportunity to see some of the most significant works of British Pop Art in the flesh, some of which are being exhibited publicly for the first time. To find out more about how the exhibition came together, we caught up with Pallant House Gallery Senior Curator Claudia Milburn...

How did the exhibition come about, and where did the idea come from?

Claudia Milburn: The exhibition is a celebration of Pallant House Gallery’s unrivalled collection of British Pop Art, one of the largest of its kind internationally. This extensive collection is greatly indebted to the generosity of the architect of the gallery’s modernist extension, Professor Sir Colin St John Wilson. He and his wife, fellow architect M.J. Long, amassed a truly remarkable personal collection during the 1950s and 60s, featuring many works by close friends and colleagues, and in 2006 gifted over 500 of these works to the gallery, alongside a substantial number of long-term loans which also feature in the exhibition. The exhibition offered the opportunity to showcase the British Pop Art collection in the galleries its collectors envisaged, to mark this groundbreaking period in British Art and reflect on its enduring relevance in the modern world. 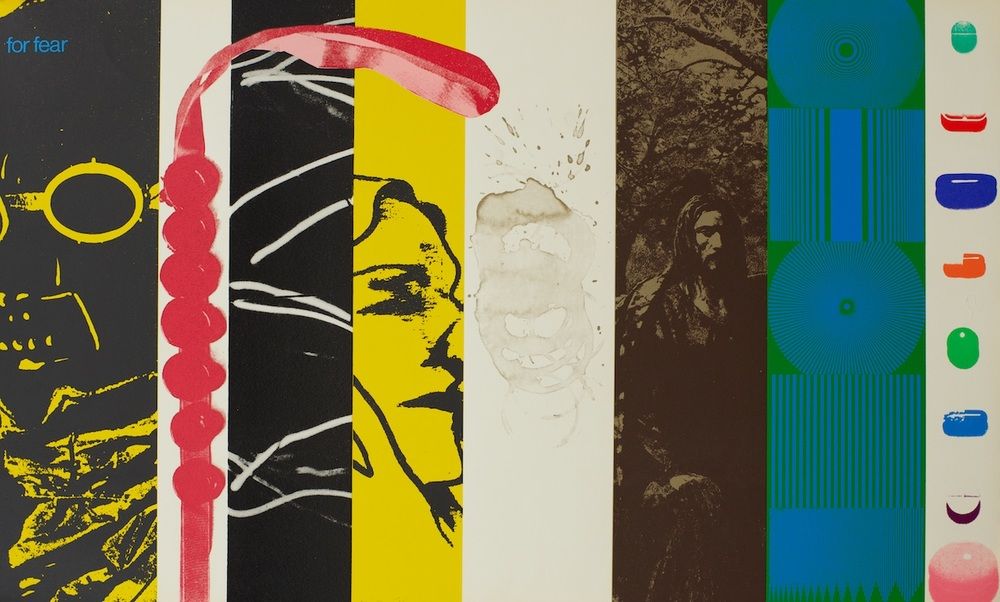 R.B Kitaj, For Fear from the ‘Mahler Becomes Politics, Beisbol’, 1964-67, screenprint, Pallant House Gallery (Wilson Gift through The Art Fund, 2006) © The Estate of R B Kitaj 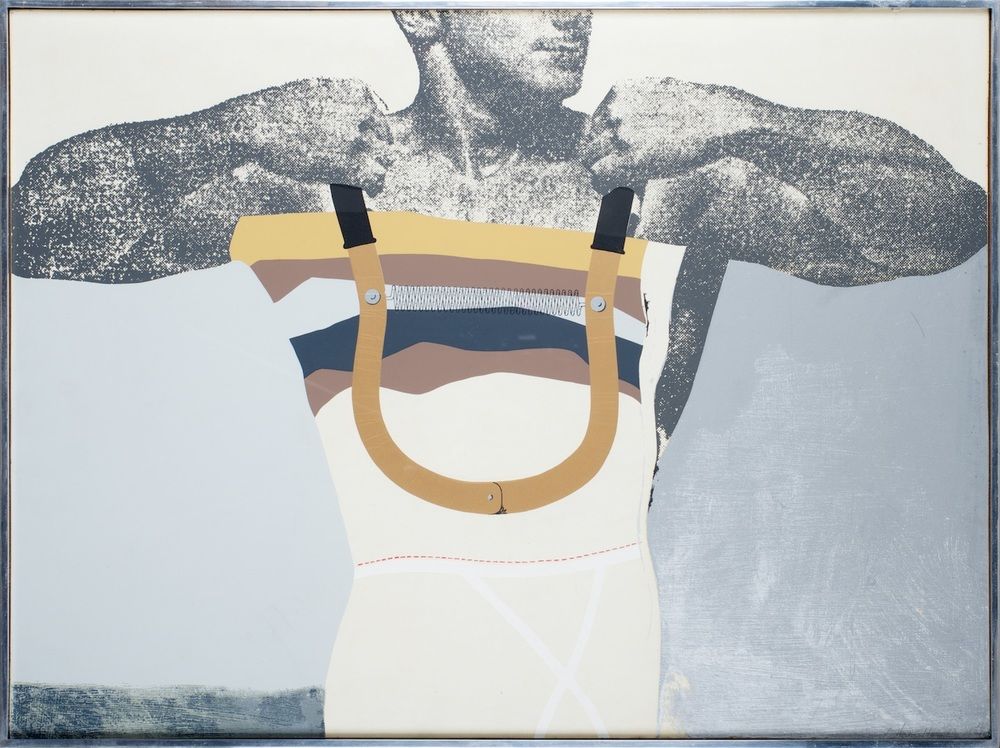 Did you make any unexpected discoveries during the process of putting the show together?

Yes – the exhibition research process really emphasised the extent of Pop-related material within our collection and in our archives. A number of works were conserved, mounted and framed specifically for the exhibition, which has presented the opportunity to show many of these in the gallery for the first time; in particular, a series of three screenprints with collage elements by Joe Tilson, which are on display in the Politics and Technology room.
What are your highlights from within the exhibition, and are there any works on show that are particularly notable or rarely-seen?
There are numerous highlights in the exhibition which include Richard Hamilton’s Hers is a Lush Situation (1958) and Adonis in Y-Fronts (1963), Nigel Henderson’s Screen (1949–52 and 1960), Peter Blake’s The Beatles (1963-68) and Babe Rainbow (1968) and the Paolozzi and Kitaj print portfolios. Richard Hamilton’s Swingeing London ’67 (1968), one of the most iconic works of British Pop, is also on display; visitors might be surprised to learn that this work actually depicts the arrival of Mick Jagger and Robert Fraser at court in none other than the city of Chichester (home of Pallant House Gallery). The exhibition also celebrates a number of new gifts to the collection, including the impressive large-scale sculpture Hollywood by Antony Donaldson (1968) and Allen Jones’s Life Class C, both of which the artists were inspired to donate directly to the gallery after wanting to be, in Jones’ words, “well represented in such an interesting collection which is so representative of the period”. 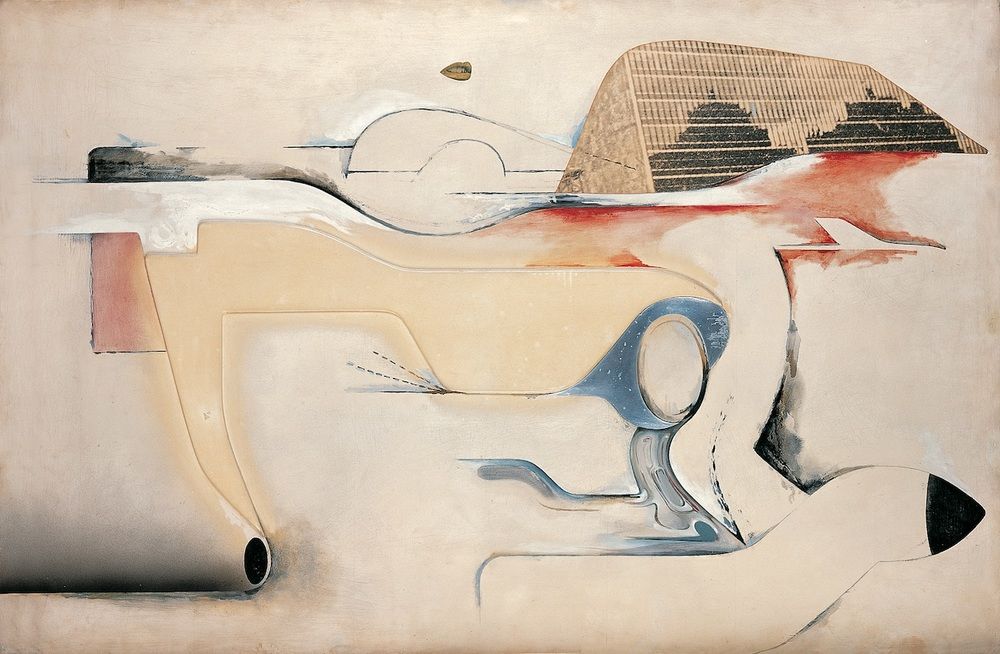 Richard Hamilton, Hers is a Lush Situation, 1958, Pallant House Gallery (Wilson Gift through The Art Fund, 2006) © The Estate of the Artist. All rights reserved, DACS 2018 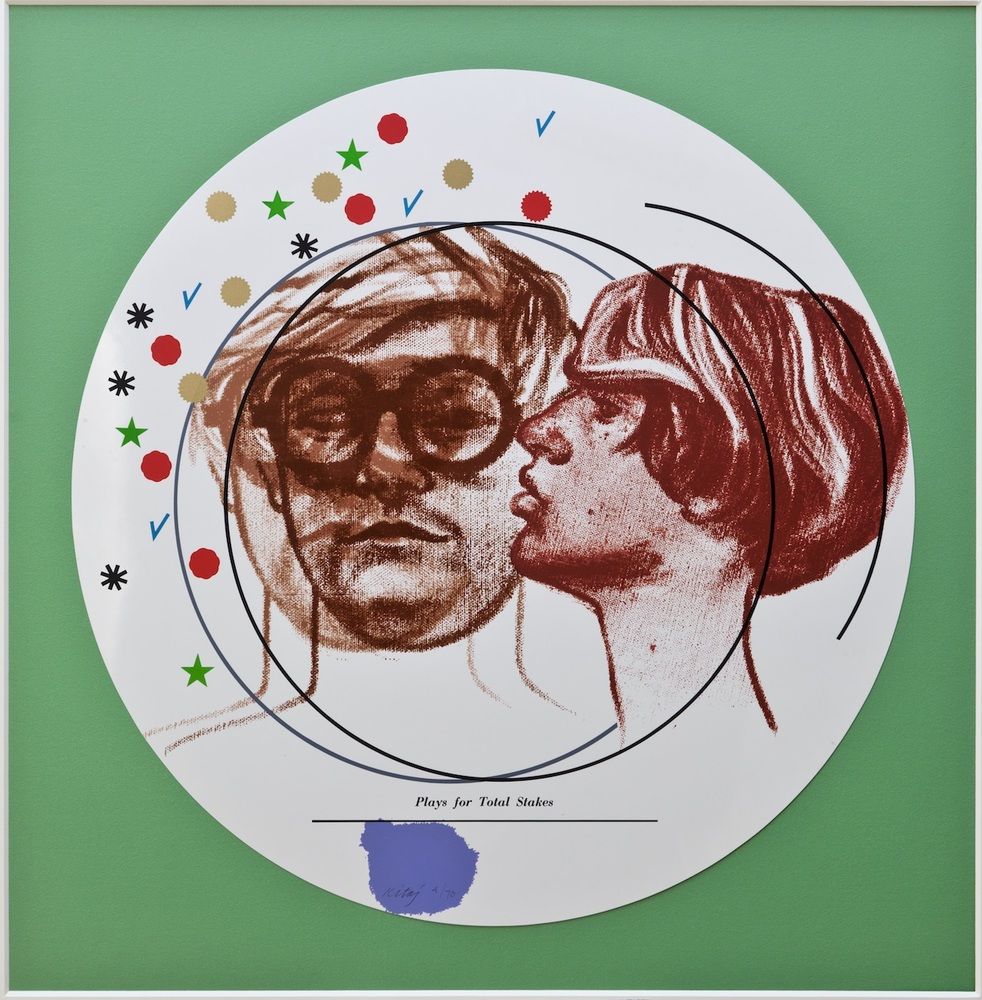 Do you think the exhibition will challenge our perception of what British Pop Art encompasses?
Yes – the exhibition acknowledges that the term ‘British Pop Art’ can be used broadly to refer to a generation of artists who shared a common attitude to the social and political conditions of their time, although there was no single, clearly defined movement or approach, and the art associated with this period took diverse forms and individual manifestations. It was a period of mutual reflection, and a multi-layered fusion of ideas – a shared response and not a specific style. The numerous artists who have come to be associated with Pop have adopted approaches which are personal, unique and wide-ranging, but are unified through a commonality in their concerns. Ultimately, the exhibition presents Pop as an ‘attitude’ and an integrated approach to art and life, which is where its legacy has most endured.

POP! Art in a Changing Britain is open until 7 May 2018 at Pallant House Gallery, Chichester. For more information, visit the website. 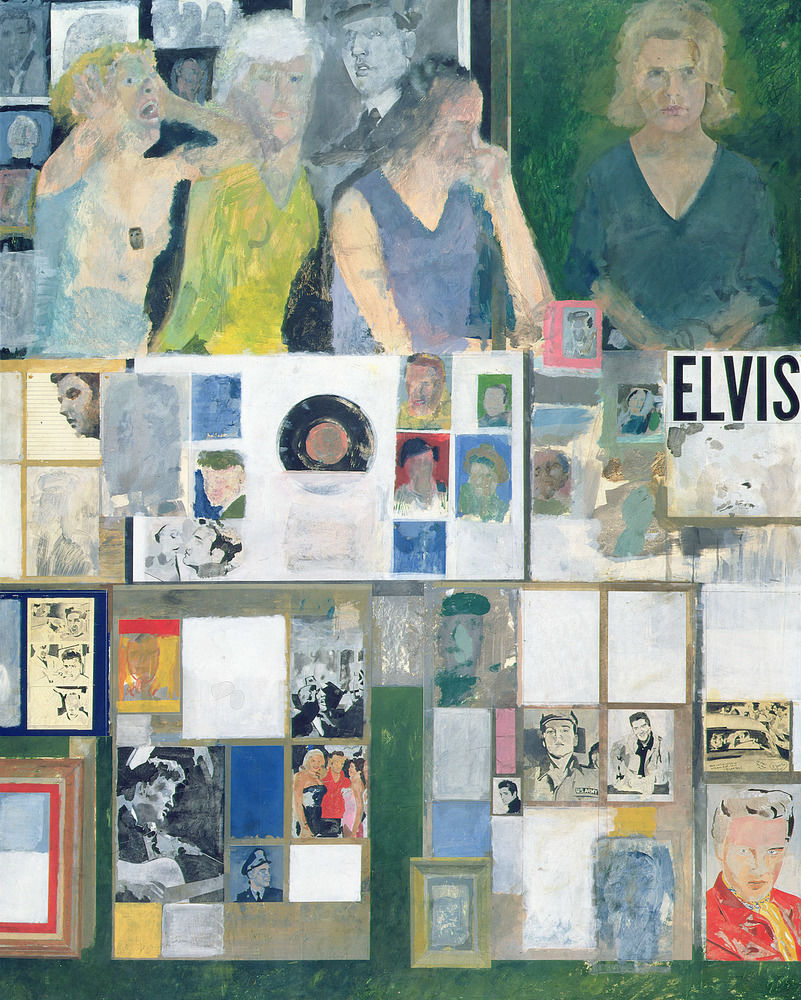 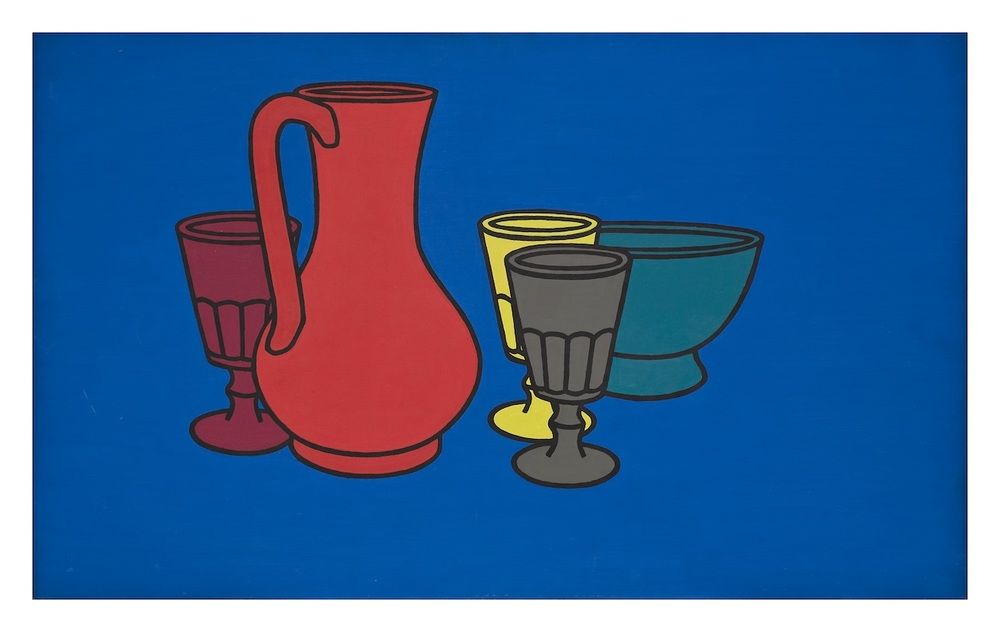 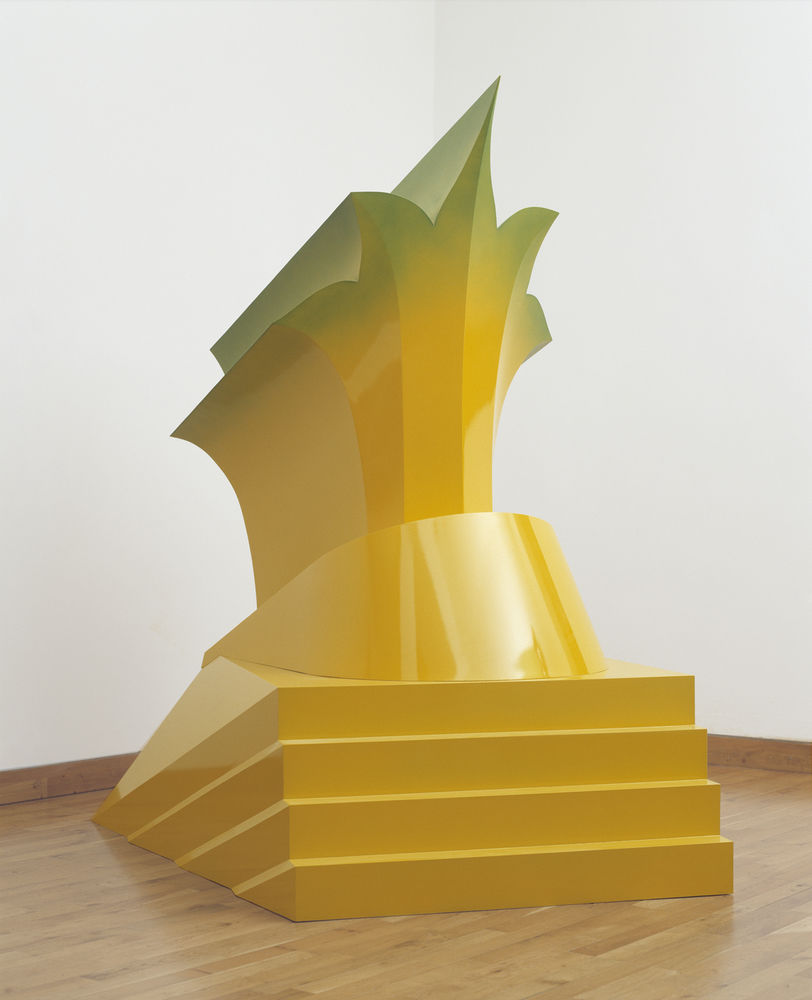