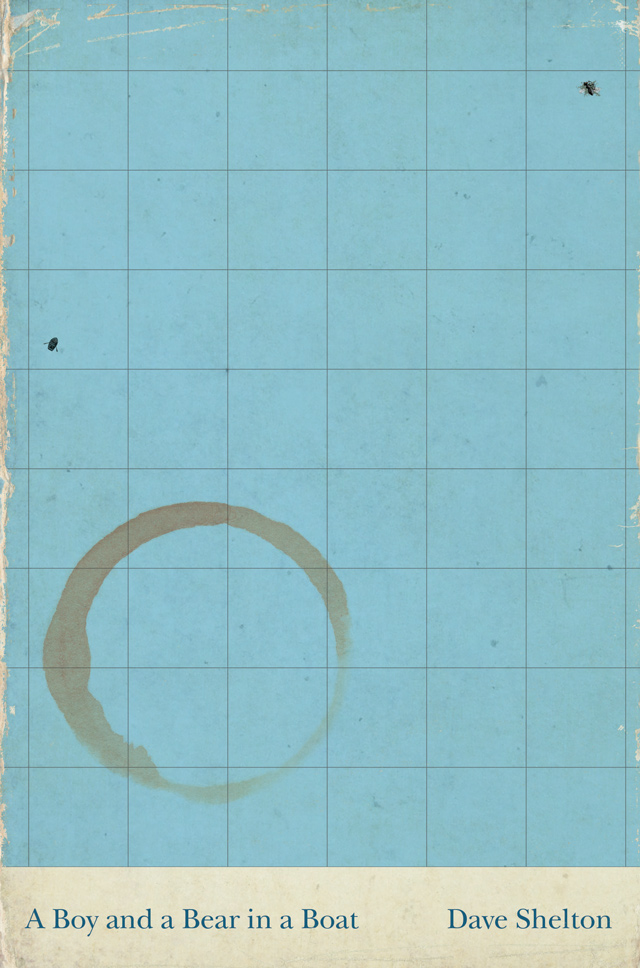 Are you sitting comfortably? Then I’ll begin…

A boy and a bear go to sea, equipped with a suitcase, a comic book and a ukulele. They are only travelling a short distance and it really shouldn’t take long. But their journey doesn’t quite go to plan…

Faced with turbulent storms, a terrifying sea monster and the rank remains of a very dangerous sandwich, the odds are against our unlikely heroes. Will the Harriet, their trusted vessel, withstand the violent lashings of the salty waves? And will anyone ever answer their message in a bottle?

If you read this synopsis for Dave Shelton’s A Boy and a Bear in a Boat, what would you imagine the cover to look like?

I love asking this question to my MA Publishing students as a way to get them to open up their imaginations and to learn how to start thinking about designing a book cover. Their ideas and expectations are very different from the actual cover of the book – and that is why I love it so much.

Working in children’s publishing is an utter joy and I am constantly immersing myself in bookshops, the shelves at work and what my colleagues are designing to find inspiration and get lost in another world for a few minutes or (ideally) hours.

When I came across the hardback cover for A Boy and a Bear in a Boat, it made me stop, do a double-take and check if it was indeed a children’s book. The design is so understated, it’s almost too simple: an expanse of blue, grid lines, a coffee ring, a couple of black spots, scuffs, scratches and a cream strip along the bottom edge. To quote Anthony Burrill, my first reaction was “I like it. What is it?”

Does it scream, “Hello I’m a children’s book” like the more brightly coloured books that sit alongside it? The answer is probably no. According to the book’s author-illustrator, some people have been known to glance at it and think it looks like a scientific textbook.

On further inspection, you discover that the book is heavily illustrated throughout – the fact that the cover doesn’t hint at this in the slightest goes against my better judgment as a book designer as you’d normally want to showcase the wonderful images within.

I usually pick books to read without my designer’s hat on but this was the one time I bent the rules and knew I had to find out the reasons behind the thinking.

Talking to Dave Shelton about the process he went through designing the cover, he said: “I had a brief think about the cover quite a long while before it was needed…and I spent an evening just jotting down postage stamp sized ideas on one page of a sketchbook, not worrying too much about details. Weeks later, when my publisher suggested I should start to think about a cover, I confidently returned to that sketchbook to remind myself of what I’d done, smugly thinking: ‘This is fine, I’ve got a stack of ideas in the bank already’. But what I’d forgotten was that in the meantime I’d agreed to change the title of the book, and many of the ideas I had before made no sense at all without the old title. So I was pretty much starting from scratch. I worked up maybe half a dozen new roughs and submitted them to the publisher, and I got quite a lukewarm response… 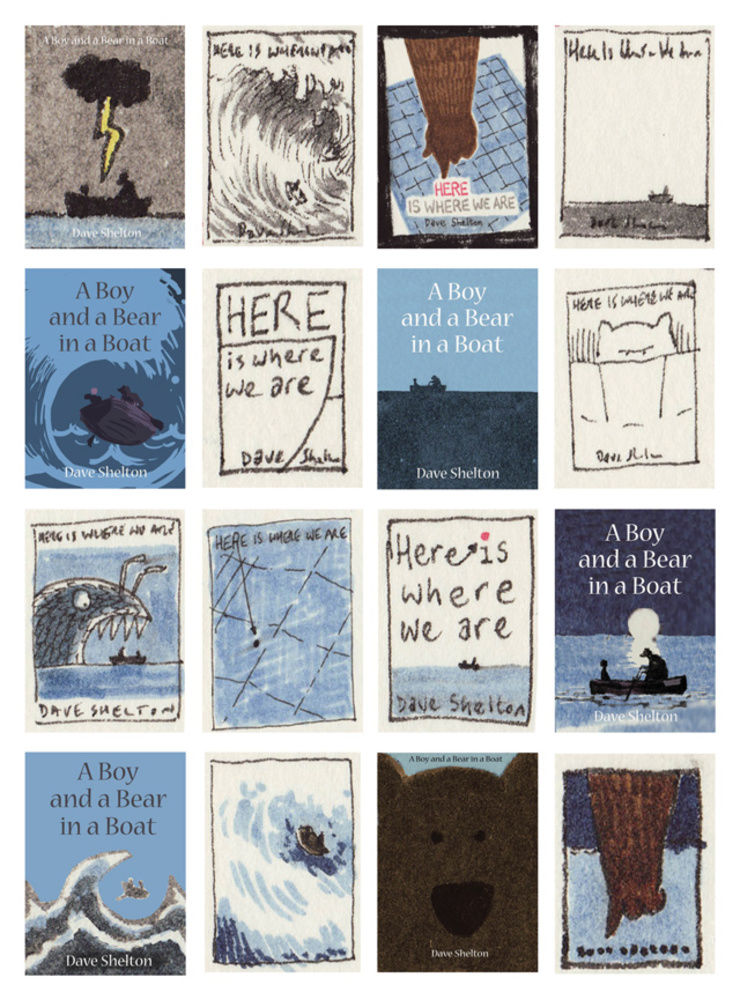 I’d been looking at a lot of book cover designs on the Caustic Cover Critic blog, so I thought I’d have a go at something that (I hoped) would be the kind of bold, design-led approach that featured there, rather than simply trying to produce an illustration. My first attempt came together in about twenty minutes and when it was done I thought, ‘Ooh that’s good, but they’ll never go for that’. So I showed it to my then partner (now wife), Pam, and her response was more or less: ‘Ooh that’s good, but they’ll never go for that, but you should show it to them anyway’.

So I emailed it off fully expecting a response along the lines of: ‘No, come on, Dave, be serious’, but I had a reply from them within about fifteen minutes saying they loved it and to go ahead with final artwork.” 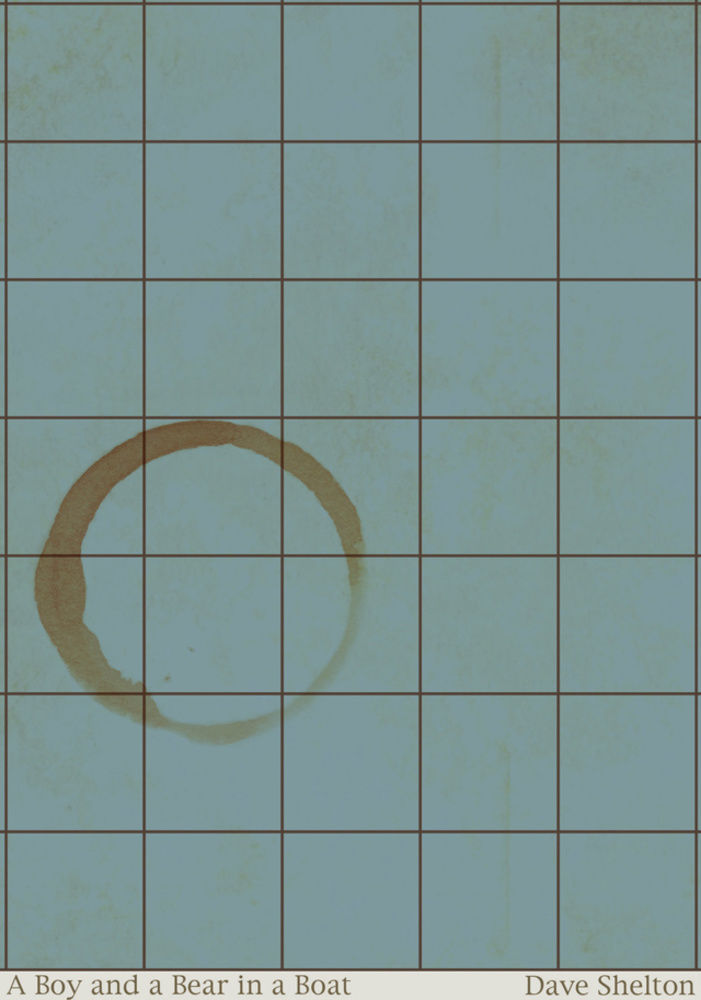 Once you read the book and look again at the cover in more detail, squinting at those black spots, it makes absolute sense; it makes you grin and marvel in the clever simplicity of the design and grin some more. It reflects the contents of the story so well; you finally understand the genius behind the design of this very quiet, unassuming tome. I am so glad that the publisher dared to be different – it was a risk worth taking – like the recent edition of 1984 designed by David Pearson – the idea is so good, you can’t imagine any other cover going on the book.

It’s a simple, well-executed design that doesn’t shout from the rooftops, isn’t all singing and dancing or whizzy and shiny – but for a book that reflects the story in the most perfect way, it wins on every level. I don’t want to say why – you’ll have to go and read it yourself.

Dave Shelton sums it up nicely: “I did occasionally wonder if it was a suicidal idea at the time. What I like about the cover is the way it reflects other aspects of the book: I like to think that both the cover and the story appear very simple on the surface but reward closer inspection.”

…is an illustrator and comic book artist as well as being an award-winning writer. His first story Good Dog, Bad Dog which was published in the DFC Comic before becoming a graphic novel. A Boy and a Bear in a Boat.was his debut written novel, and it went on to win numerous awards and was adapted as a play which debuted at this year's Brighton Festival.

…is a London-based freelance children's book designer and lectures on the MA Publishing course at the University of Central Lancashire. She also voluntarily curates the St Bride Library events programme and is Chair of the Wynkyn de Worde Society for 2016.