East London lost one of its most exciting cultural venues back in 2013, when the Wapping Project departed from its home in the former Wapping Hydraulic Power Station building. Under the direction of its formidable founder Jules Wright, the project presented an ambitious programme of exhibitions, performances and events, and also housed a respected restaurant. Their venue within the power station building closed in 2013, and Wright sadly passed away in 2015, but The Wapping Project continues to work with artists and commission new work, offering artists' residencies in Berlin and presenting the Jules Wright Prize for technical and craft-based roles in the field of artists' moving image, launched in 2015. The Wapping Project recently launched its eye-catching new visual identity, created by Atelier Dyakova—we caught up with Sonya Dyakova for the full story... 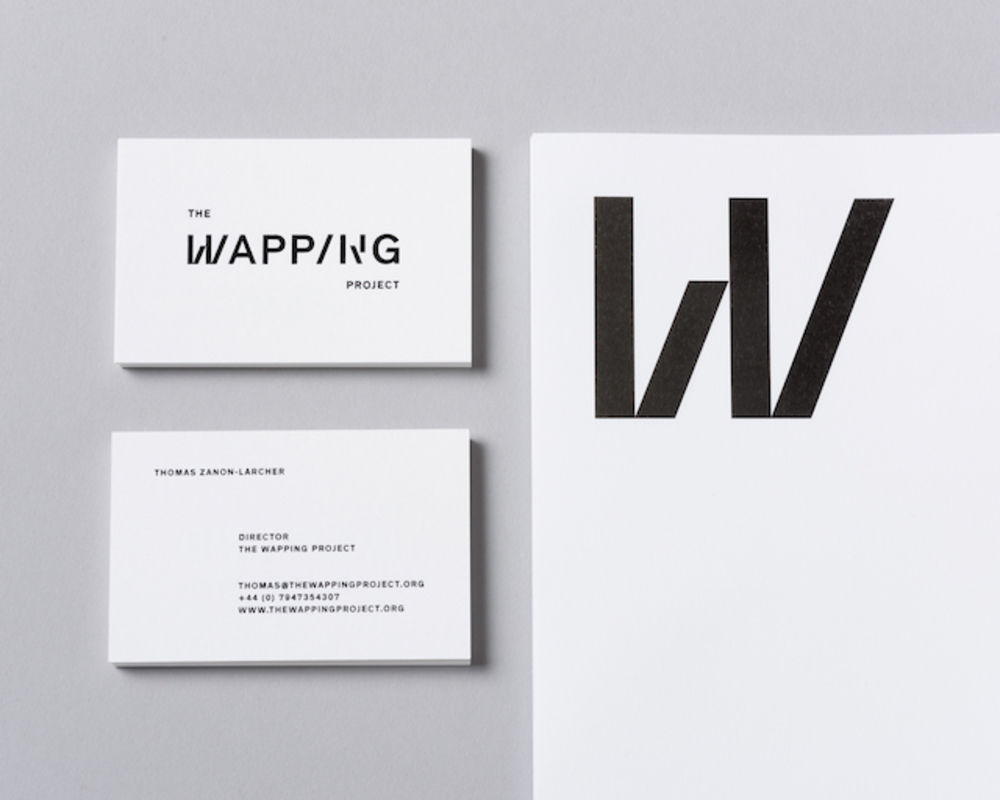 How did your working relationship with the Wapping Project come about, and what attracted you to this new project?
I associate The Wapping Project with my arrival in London and realisation that this is a phenomenal city. Through my first London work experience at Frost Design in Clerkenwell, I discovered the Wapping Hydraulic Power Station in 1999. I was an intern/junior at the time. Vince created the brand identity and all the wonderfully bold, yet ethereal print for the events at the East End’s Wapping Hydraulic Power Station. The whole thing blew my mind. The old machinery, pressure pipes, hooks, valves and rusty chains were still very much present, yet the building was alive with a fresh start. The first exhibition that I saw was Conductor, by Jane Prophet. You open a heavy metal door and enter into the dark, gallery space, but stop right there at the viewing point, as the entire gallery is flooded with water up to the top of the stairs. Gazing at rows of electro-luminescent cables, suspended from the ceiling and reflecting into infinity, I thought to myself—this is incredible!
I got to know Jules Wright, who was inspiring force of nature. Always full of ideas and energy, she commissioned new work from young and established artists who share qualities of innovation and experimentation. Many have gone on to become major players in the UK’s cultural landscape. Jules left us too early at the age of 67, in June 2015. The Power Station is no longer the site of The Wapping Project, but the co-directors Marta Michalowska and Thomas Zanon-Larcher are continuing working with artists with unrestrained ambition. Thomas and Marta approached me to re-design the identity and I was thrilled to be connected once again with the project after so many years. 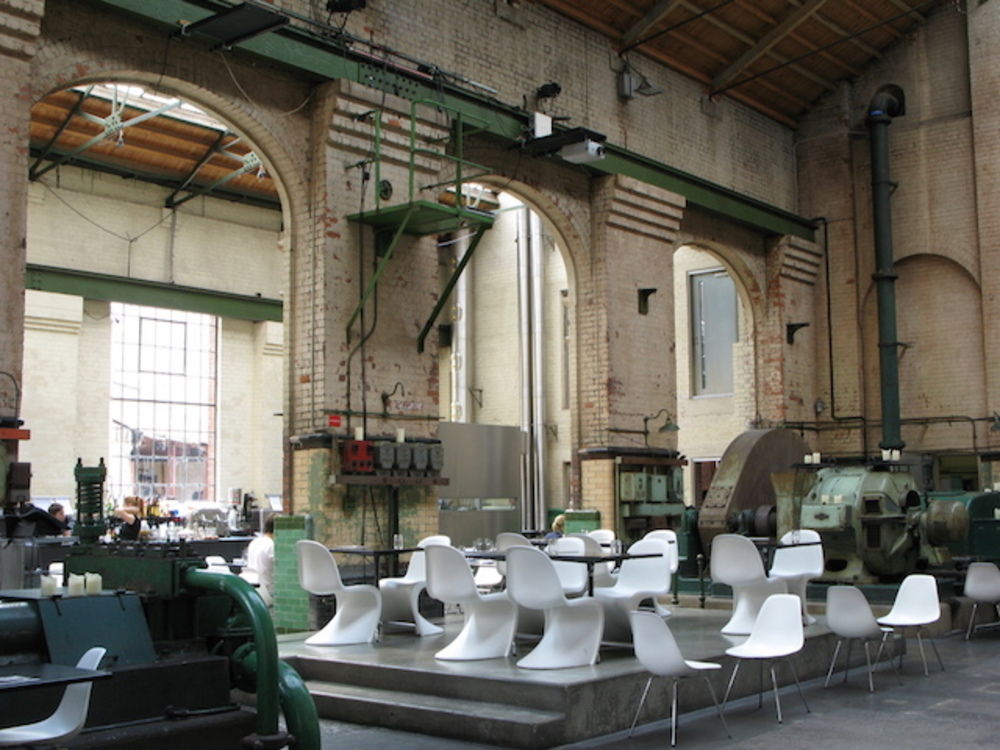 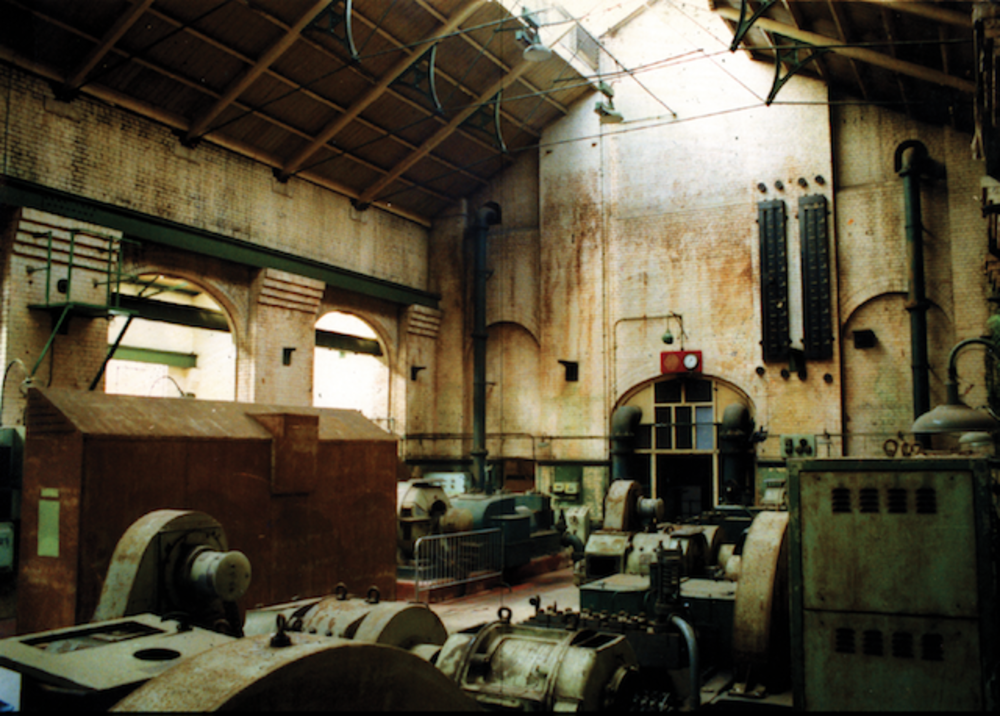 What was the brief?
The brief was to rework the existing brand identity in print and digital media, extending it to its new schemes: The Wapping Project: Commissions  and The Wapping Project: Berlin. We were asked to reflect and connect the identity with the Hydraulic Power Station building and its spirit.
What informed your choice of typeface for the project, and the bespoke adaptations you made?
The purpose of The Wapping Project is to generate new energy, exactly the purpose of the power station. There are so many parallels between the building and the subject. We started from here.
Thinking about the machinery at the station…we loved the idea of an element that is machine-made, mechanical, progressive and rhythmical. François Rappo’s Theinhardt typeface echoes industrial feel perfectly. We took it as a base and built around it.
The logo mark W is comprised of a slanted element found in the iron roof truss. Everything you looked at in the building was a modular system, repetition, made of units: bricks, tiles, chains, pipes. So, the idea of taking elements and repeating them to construct a logotype felt appropriate. Another idea was animating the logo, so that it is in constant transition, evolving, re-constructing, changing. You can see this at the home page of the website for example.

We also liked the idea that the typeface, which is a based on quite a traditional Grotesque, has strange unruly details that don’t fit in. We created a series of special glyphs which were ‘rebels’, they work well within headlines.

A slight creative anxiety to re-design something that your first boss designed is mentally tricky to overcome. Necessity is a mother of invention—just moving forward helped.

We explored so many routes and typographic options, it was challenging not to lose momentum during this process. Scale was another key characteristic we kept in mind—the scale of the building and its construction was magical—and the contrast of the large W echoes that. 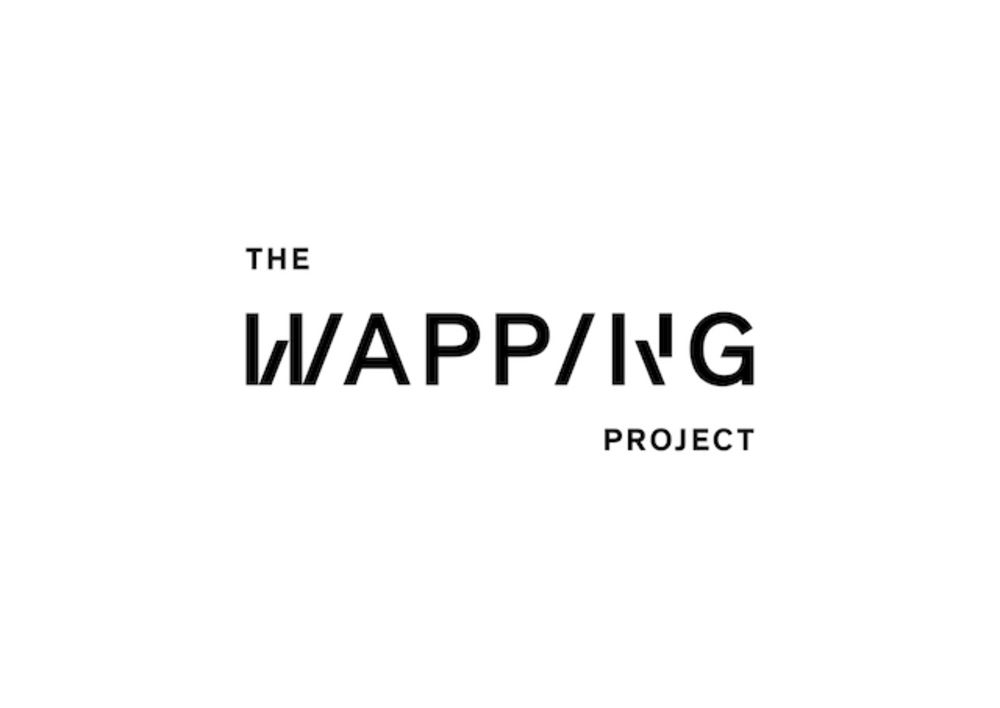 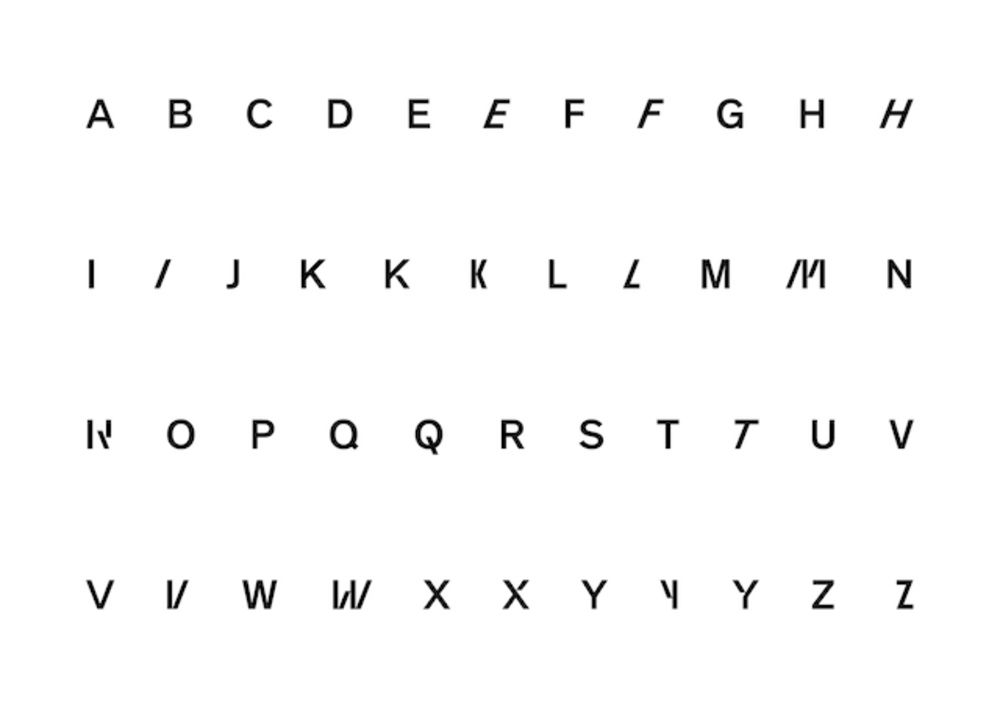 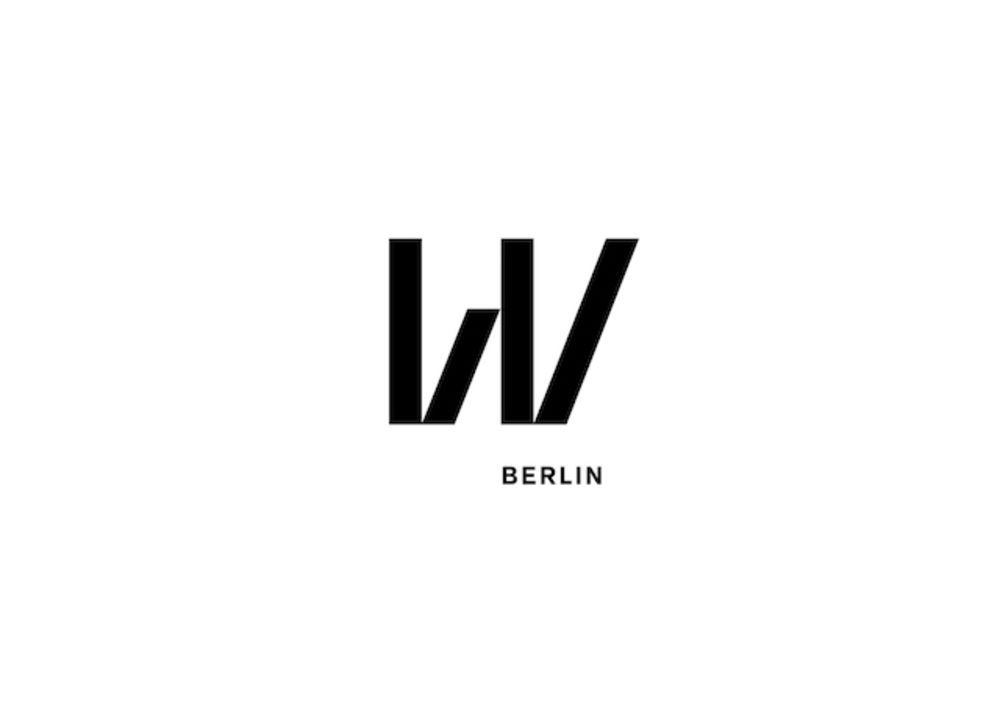 What were the project's particular design challenges and how did you overcome them?
A slight creative anxiety to re-design something that your first boss designed is mentally tricky to overcome. Necessity is a mother of invention—just moving forward helped.We explored so many routes and typographic options, it was challenging not to loose momentum during this process.
Tell us about the design of the Transition, Transformation, Transience publication...
For the launch of The Wapping Project Commissions, the publication Transition, Transformation and Transience presented three new works by Sophie Mayer, Alice Butler and Lavinia Greenlaw. We wanted to create something compact, simple, yet dynamic.
The cover is printed on GF Smith Colorplan Green, as we remembered the vivid green of the victorian tiles in the interior of the station. The publication is printed on Offenbach Bible Paper. The paper is so fine, it is semi-transparent, and the words sort of ‘move’ through the pages. It was also a nod to the work done by Vince Frost, his early posters for The Wapping Project were printed on the same paper and hand-folded to a small pamphlet. The publication (and stationery) was printed by PUSH Print. 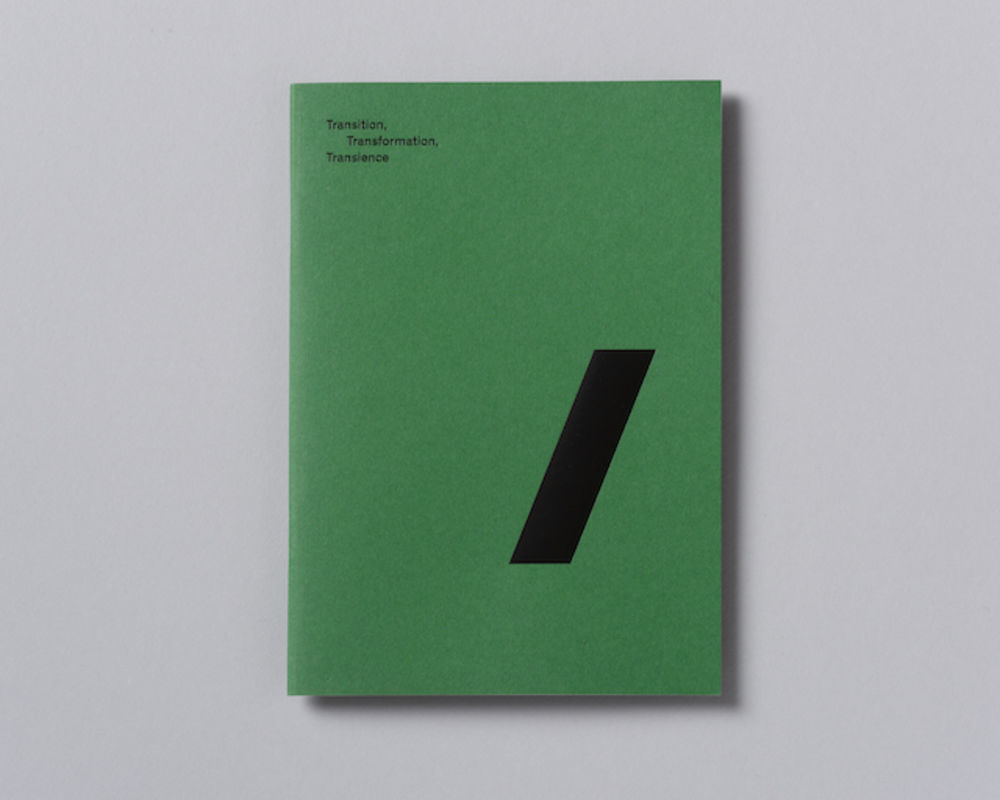 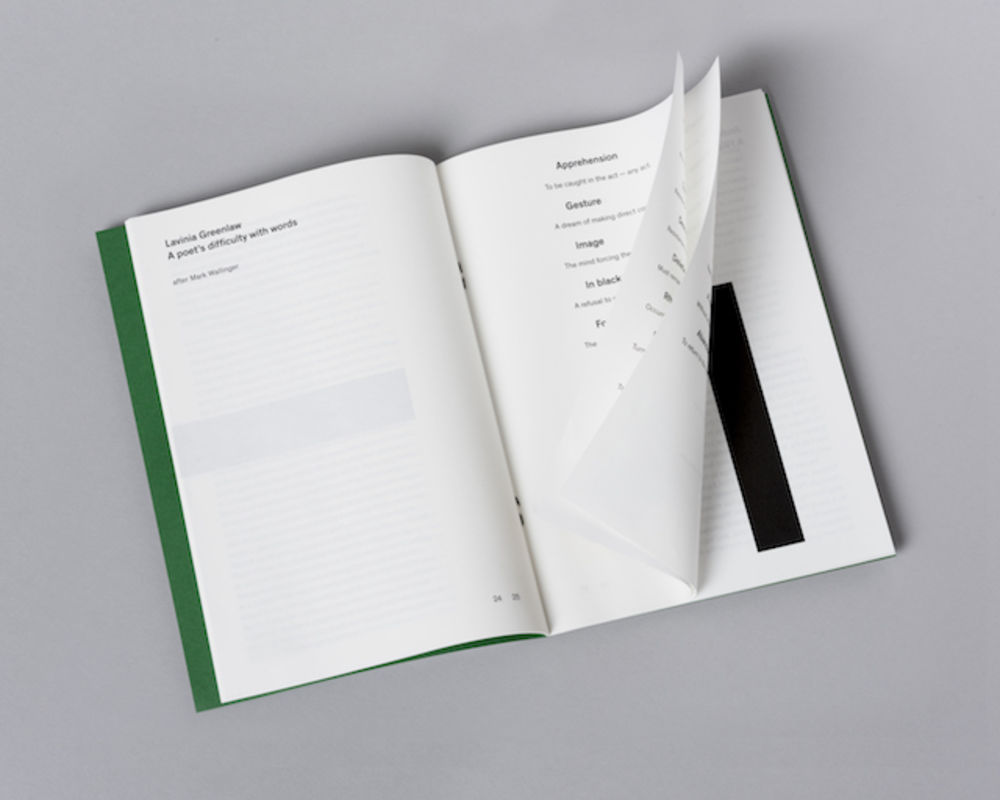 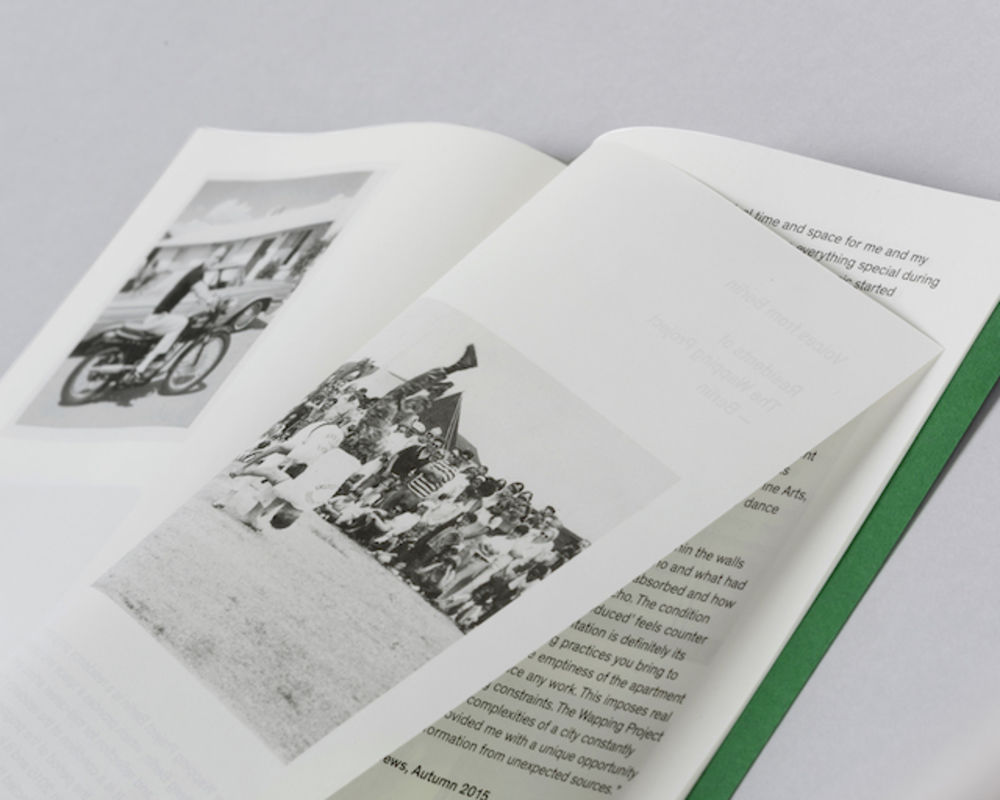 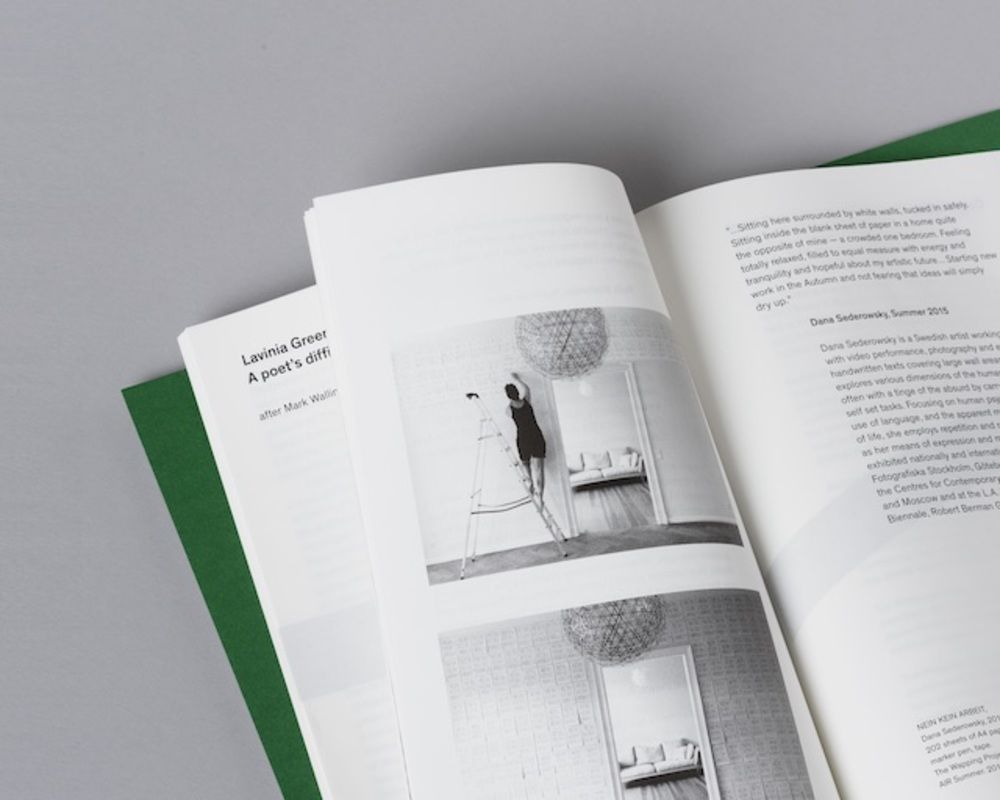 Which aspects of the project do you feel have been particularly successful?
I think we created a base upon the identity can grow and evolve. I am particularly happy with the typographic aspect, which I find the most difficult.
What was the client's reaction?
"I just wanted to send huge thank you for all the work you have done for us. It is just superb. We just couldn't expect any better." — Marta Michalowska, co-director of The Wapping Project. 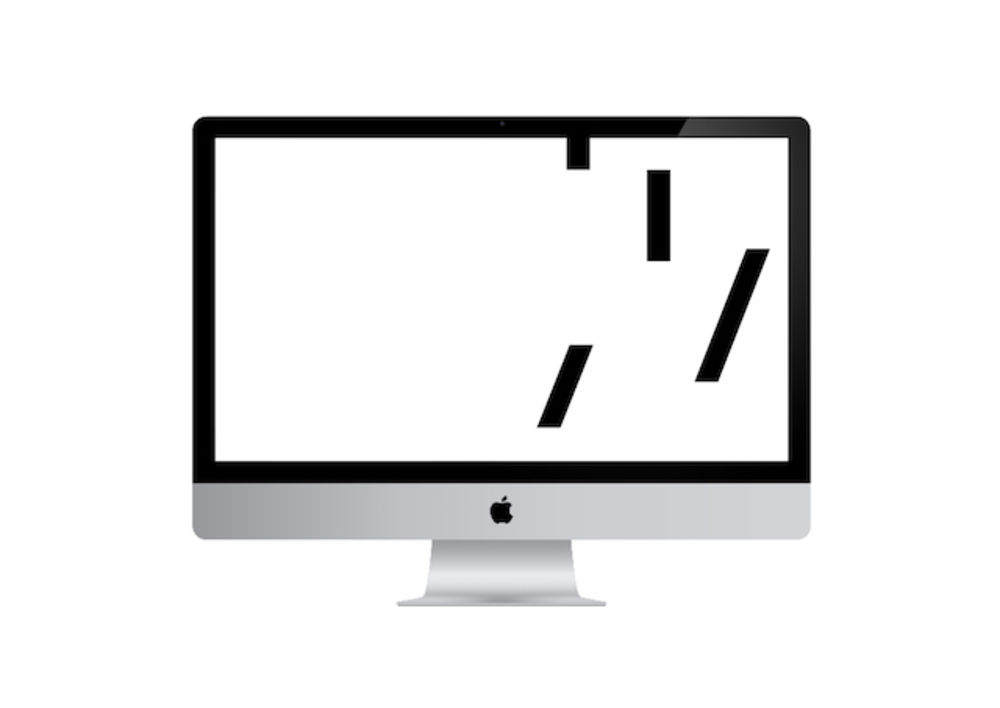 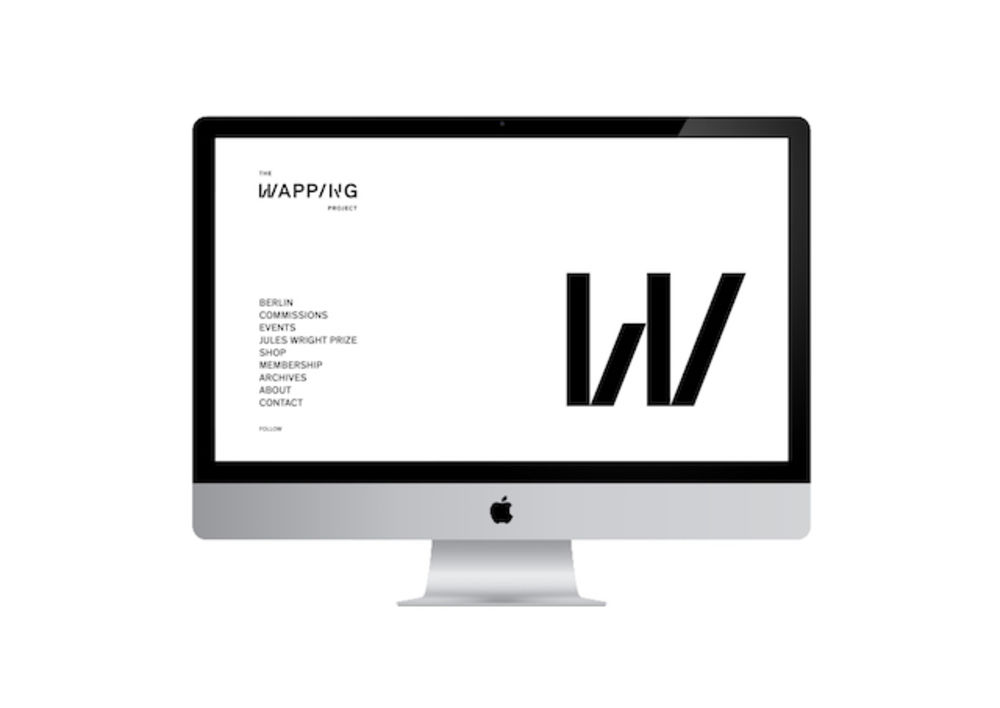 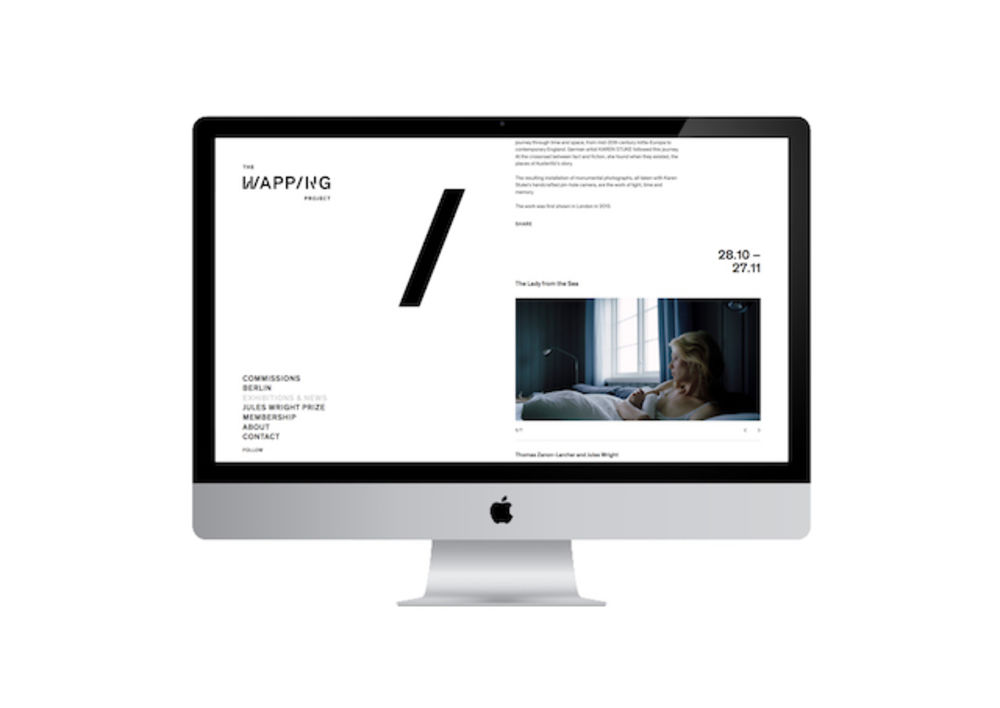 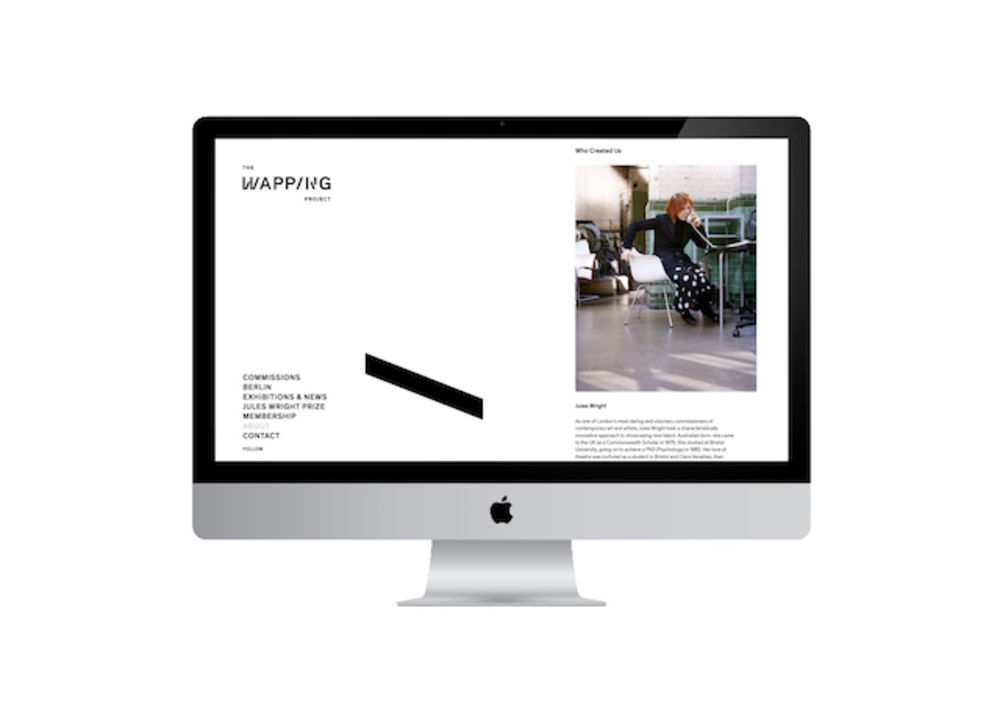 What's next for the Wapping Project—are there any forthcoming publications or events you've been involved in?
Absolutely, there is another publication coming in the near future, and we can’t wait to come up with something interesting. Andrea Luka Zimmerman’s feature documentary ERASE AND FORGET, supported by The Wapping Project Commissions, is going to premiere at Berlinale in February; Without, an installation by Marta Michalowska, opens at Kronenboden, Berlin on 26 January and continues till 26 February; and Stuke After Sebald’d Austerlitz by Karen Stuke will be at Secret Garden in Berlin in March 2017.
I wanted to say special thanks to Rosa Nussbaum for design research,  Polina Hohonova for her help with the publication, and Charlotte Hauser for her invaluable contribution to the project.
thewappingproject.org
atelierdyakova.com
ShareTweet