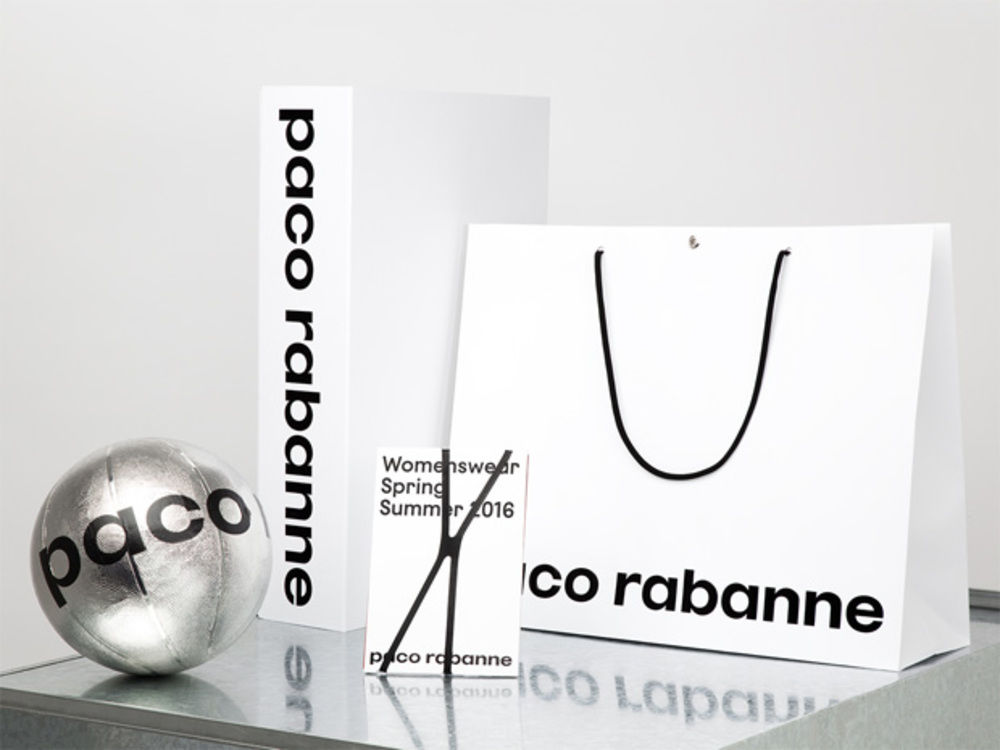 Unconventional materials like metal and Perspex, “unwearable” dresses, costumes for Barbarella, the first designer to use black models – Paco Rabanne has always been a pioneer in the fashion world. Earlier this year Paco Rabanne’s creative director Julien Dossena and UK-based graphic design studio Zak Group collaborated on a complete rebrand, from new logotype and print collateral to online store and interior for the first new Paco Rabanne shop in ten years. Here, director Zak Kyes talks us through his studio’s relationship with the brand, its approach to the redesign challenge and how graphic design for fashion is about so much more than branding for clothes…

How did the relationship with Paco Rabanne come about?
I first met Julien Dossena several years ago at a dinner. He was the senior designer at Balenciaga at the time. From this brief meeting I sensed that we had common references despite coming from different backgrounds. Years later I received a call from Julien after he became the Creative Director of Paco Rabanne, inviting me to visit the atelier on Avenue Montaigne, to meet his team and spend time in the archive of the fashion house in the suburbs of Paris. I felt that we could relate to its history and what Julien wanted to do – to put Paco Rabanne back on the map and transform the brand. There was no pitch – we just got to work. 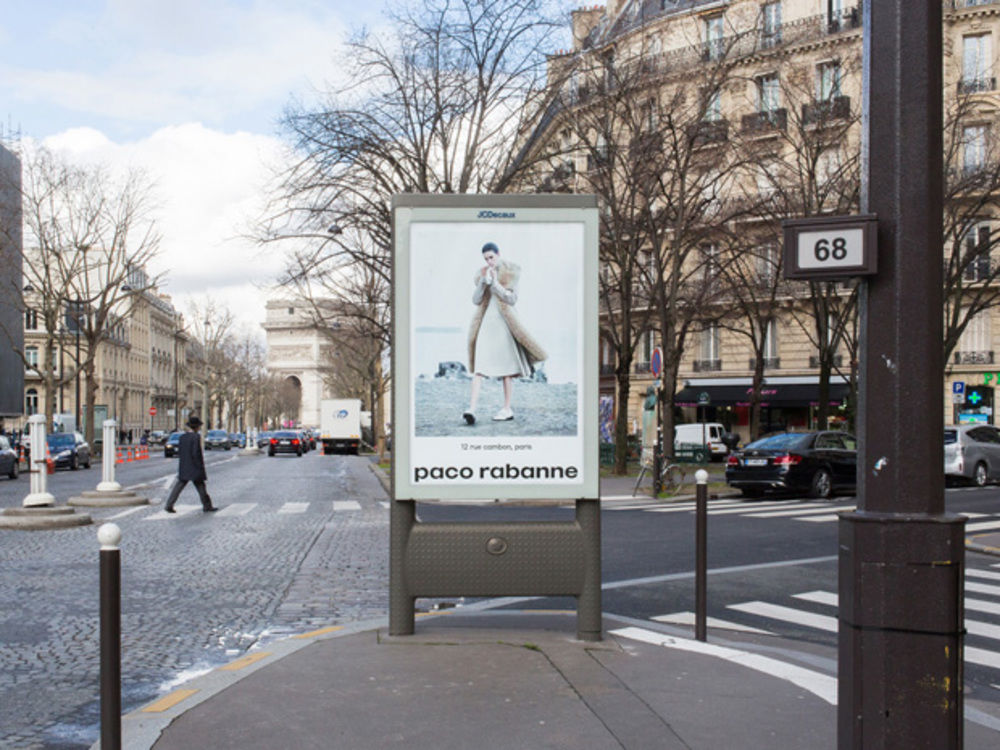 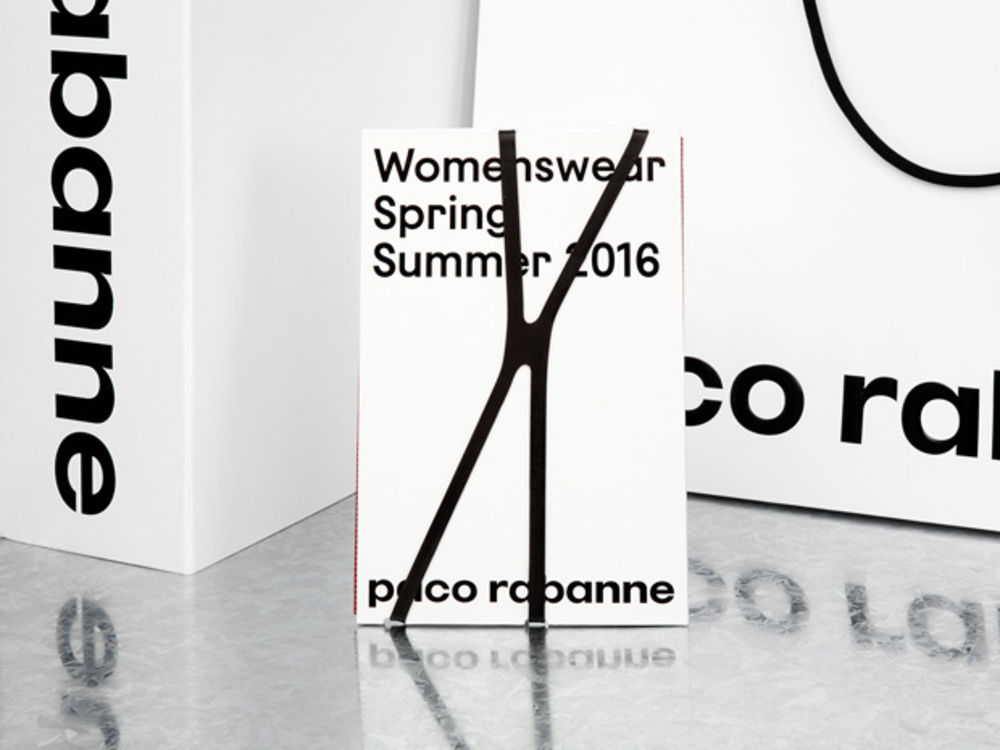 Could you tell us about the dynamics of the collaboration between Zak group and Paco Rabanne Creative Director Julien Dossena?
Our collaboration was based on two inferences. From this first meeting it struck me that Julien had a deep cultural awareness that extended beyond fashion. We both came to fashion and graphic design respectively by way of visual art and art history. This was our lingua franca.
Secondly, I consider his approach to fashion as a form of cultural production in that his products are infused with meaning. They are not arbitrary. Fashion without meaning does not interest me – but fashion as a way of giving shape to culture is complex and fascinating.
This is our first collaboration with fashion – and being outside of this world allowed us to see things differently. But in many ways Paco Rabanne is a continuation of our work to give shape to the ideas and programmes of cultural organisations, institutions and companies who understand the power of design.
Collaborating with a creative director on the transformation of a fashion house is similar to other projects like our current collaboration with the curatorial team of M+ in Hong Kong. M+ is a new museum of visual culture opening in Hong Kong in 2019 – here our role is to give form to a museum in formation. 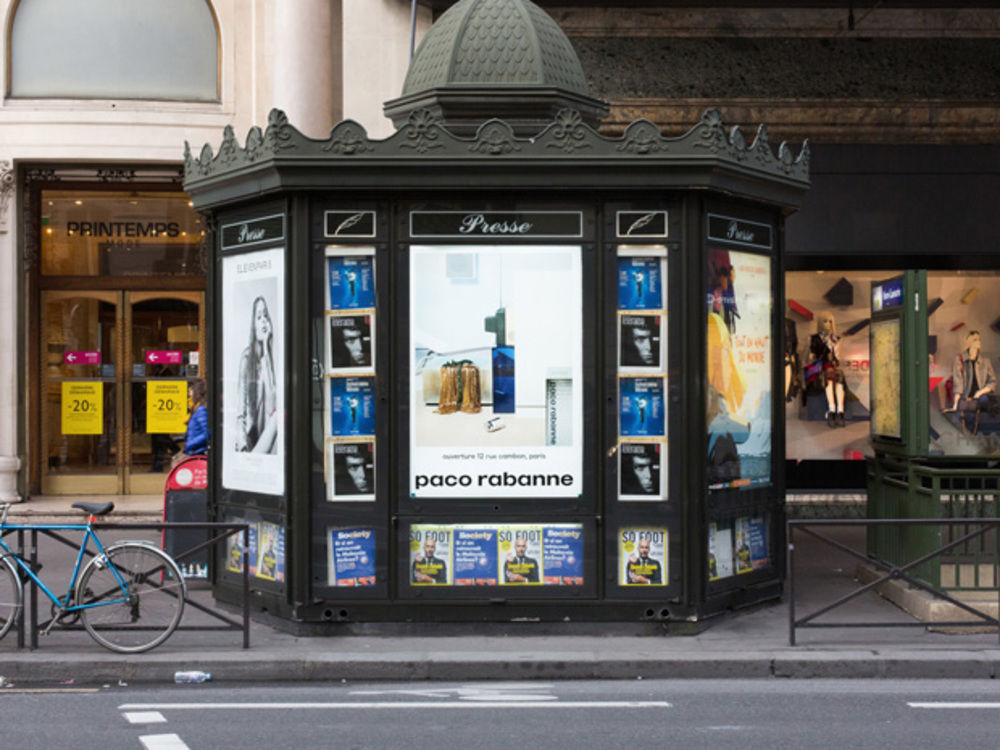 You immersed yourselves in the history of the label in order to understand it and come up with a fresh take on the brand – could you identify any key elements or ‘spring boards’ from the brand’s heritage that helped you?
There were a few realisations. The first was that the approach developed by Paco Rabanne had more in common with the artistic avant-garde of Paris in the late 60s than the world of couture which he was a part of. Paco Rabanne shared a conceptual and radical approach with the Parisian intelligentsia like artists Salvador Dali and Julio le Parc or the experimental musician Pierre Boulez who provided the music for his 1966 collection 12 Unwearable Dresses.
Secondly there is a strong influence of modernity. Paco Rabanne skipped the step of pret-a-porter, meaning he went directly into couture and began working with ‘ignoble’ materials like metal and plastic which represented modernity and the future. In 1968 he created a mail-order DIY plastic disc dress that came with a pair of pliers. The sci-fi vision of the future is reflected in the costumes for the sex icon Barbarella – also one of the greatest title sequences of all time – where fashion is melded with the machine age, airplanes and architecture.
It was important to understand the DNA of the brand in order to create a visual identity that modernises its radical past and give it the relevance it deserves.
How would you describe the personality of the brand?
Research driven, structural, radical and unexpected. It’s a personality Zak Group relates to. 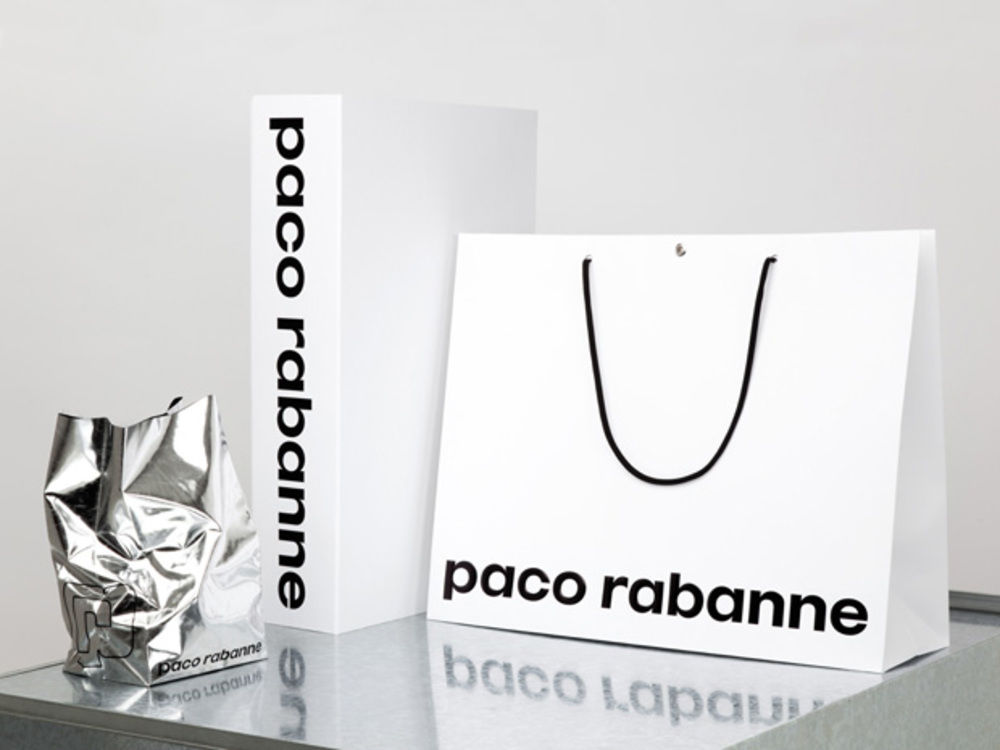 Could you tell us some specifics about how you refreshed the graphic details of the identity?
Design is very often about making decisions. In this case we decided to keep and update certain elements from the brand’s first logotype. Paco Rabanne’s visual identity is categorically different from its peers in that it uses an all lowercase, sans serif logotype. This refusal of the traditional codes of luxury and embrace of modernity – think of graphic designer Max Bill and his use of lowercase type – are qualities that we considered important to pay tribute to. 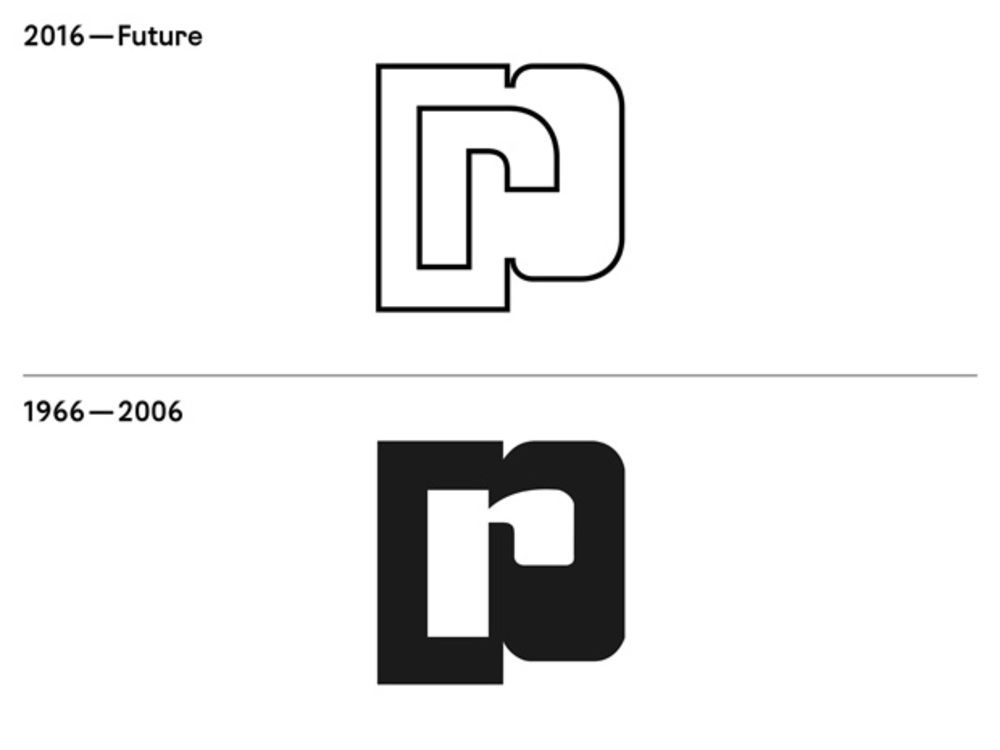 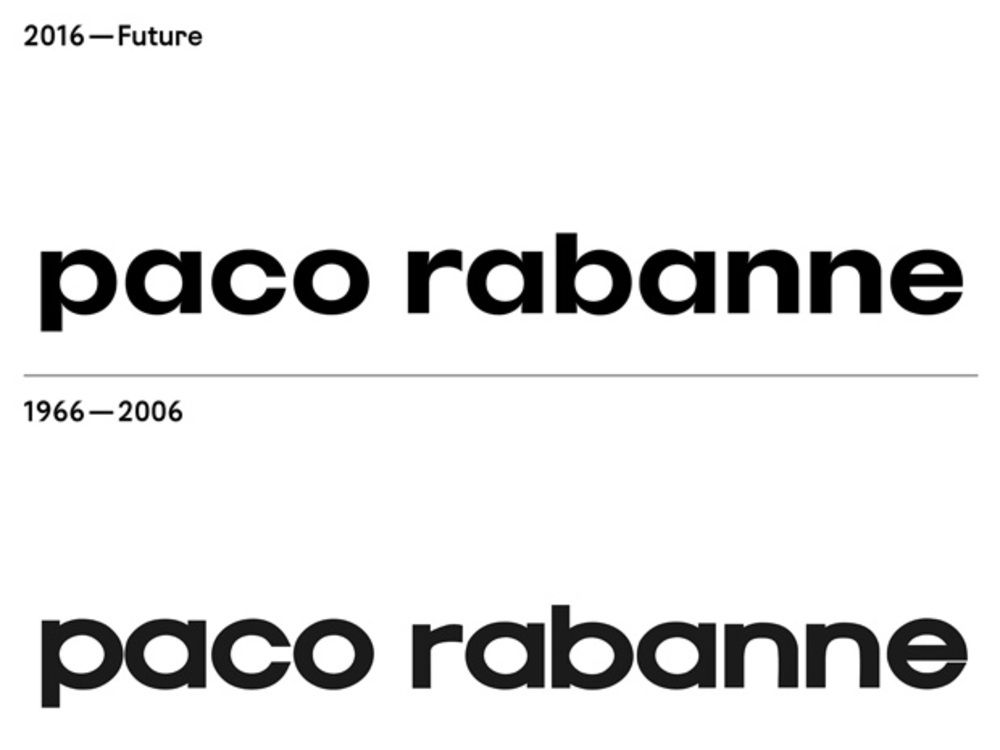 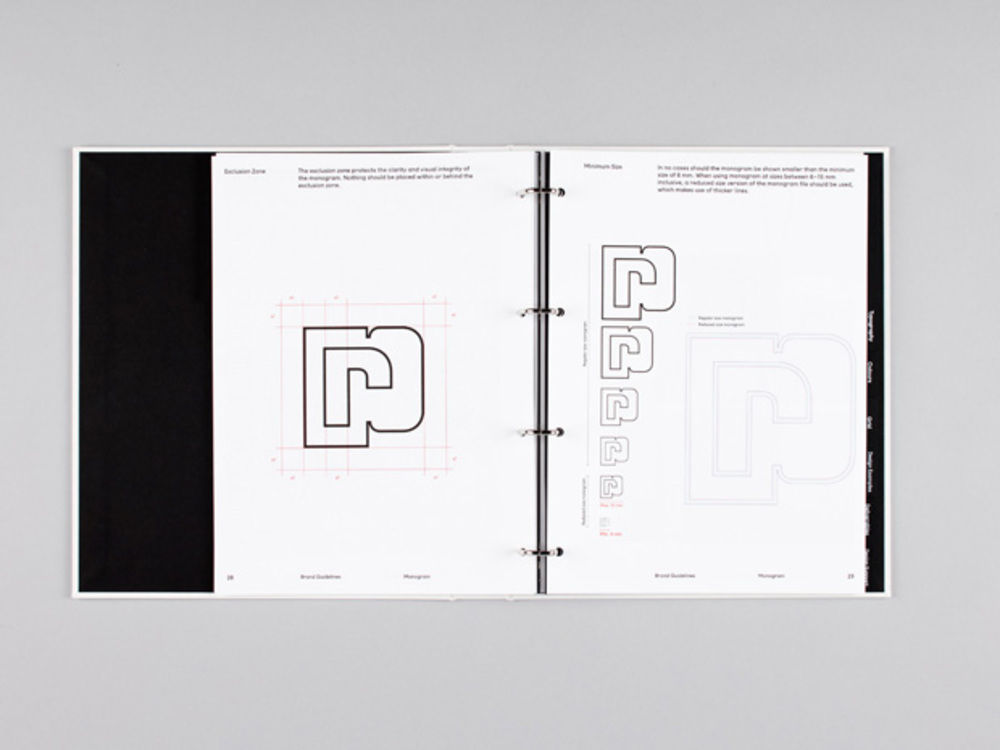 The original 1970s identity has been newly streamlined as a monogram and logotype, featuring carefully finessed details inspired by ink-traps, which have been derived through an exploration of the physical construction of letterforms. The new monogram was redrawn using a monowidth stroke to expose its structure and to give the mark a lighter, more contemporary feel. This Instagram video shows our “evolution not revolution” approach to the monogram. A new custom typeface by our long-standing collaborator Radim Peško, Paco Sans, was based on the lower case ‘r’ of the monogram and combines geometric qualities with warmer human forms. 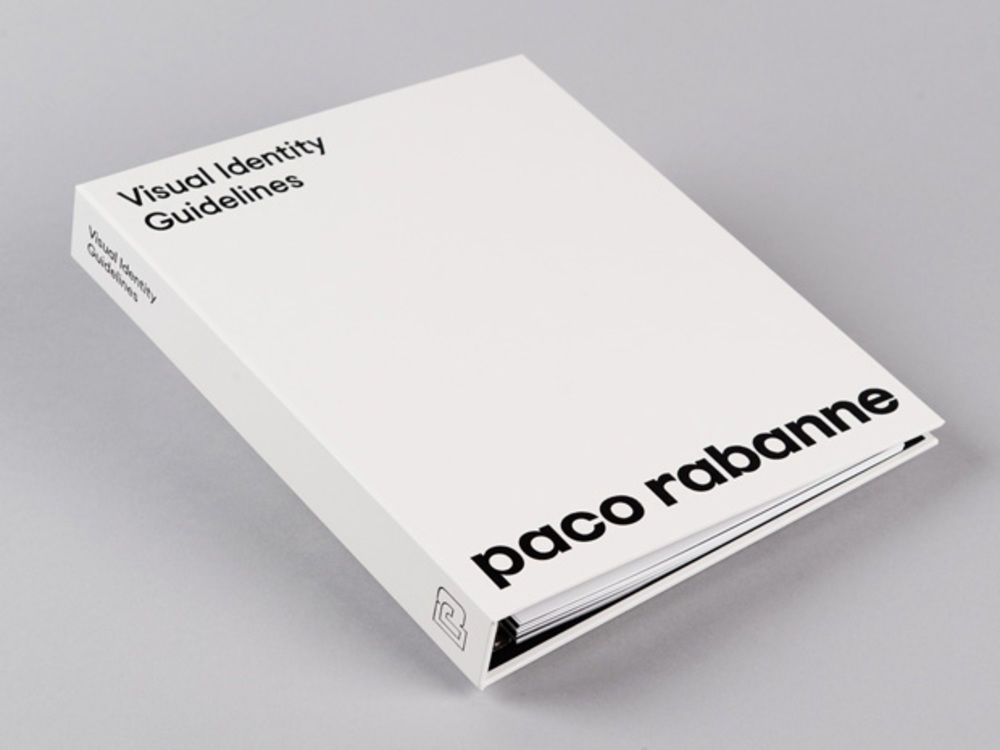 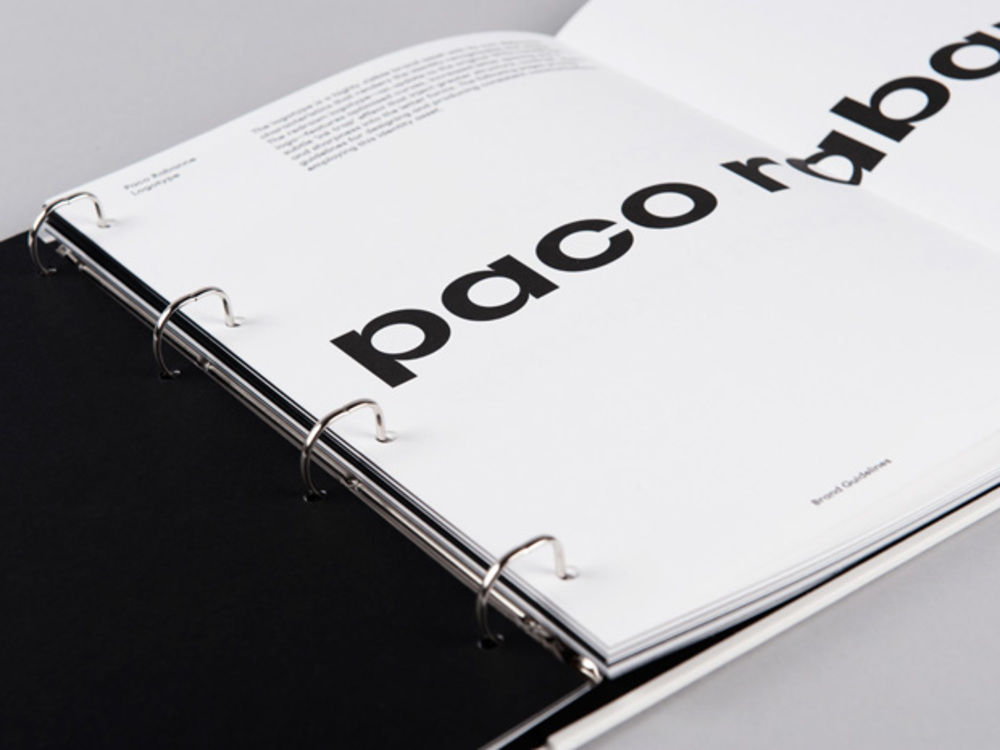 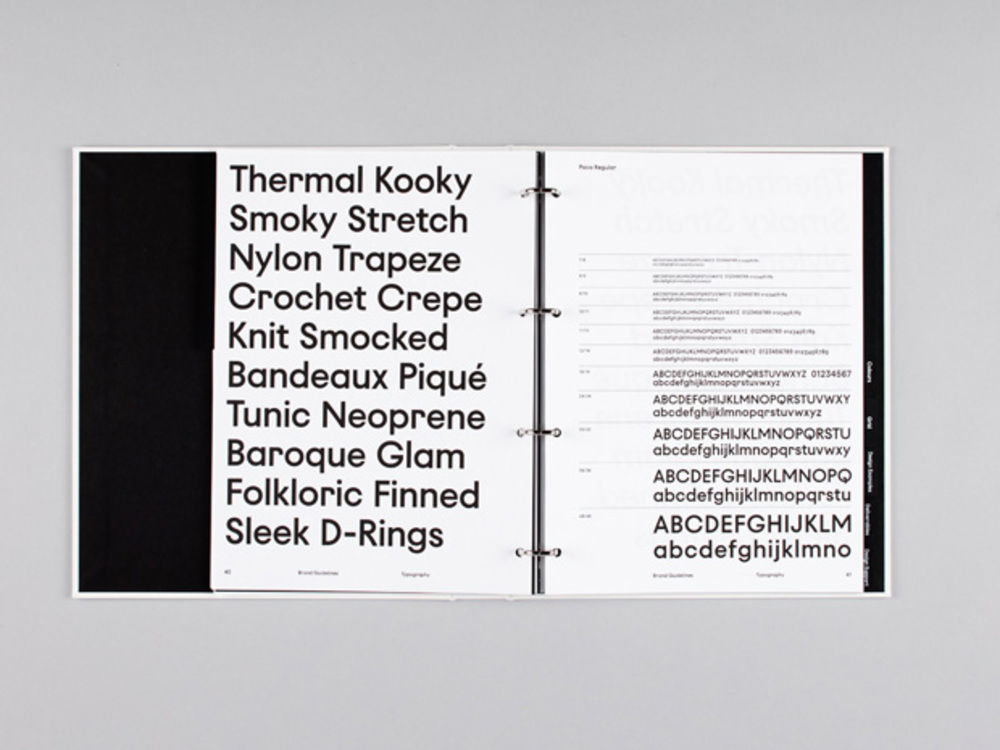 The placement and positioning of the identity across print and digital formats – anchored to the bottom and occupying the full width – is antithetical to the staid and established approach of its neighbours like Dior or Chanel.
Our work also extended to recent campaigns shot by Scheltens & Abbenes as well as the design and art direction of a new multiplatform e-commerce website, built by the brand’s technical partners, where visitors can shop the latest collections and discover the history of Paco Rabanne.