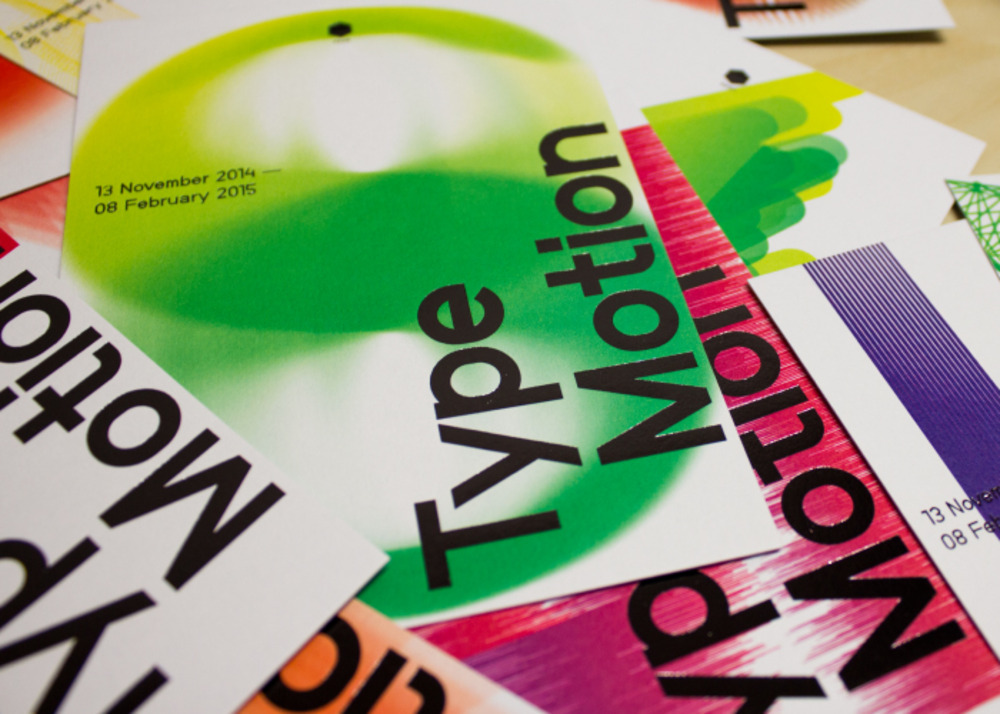 Can you begin by describing the project in basic terms? What was the brief and remit for what the studio had to deliver?
This was an incredible project to be apart of; Type Motion is a programme showcasing the best examples of moving typography in art and popular culture from 1897 to the present day. Held at FACT (Foundation for Art and Creative Technology) from 13 November 2014 to 8 February 2015, the programme combines an immersive exhibition with a series of film screenings, panel discussions and workshops. It is the first time the exhibition will be held in the UK, after a successful stint at ZKM Centre for Art and Media Karlsruhe.

Our brief was to create an engaging exhibition identity and visual toolkit to appeal to type aficionados as well as FACT’s core audience. The identity needed to have animated elements for online and installation usage too. 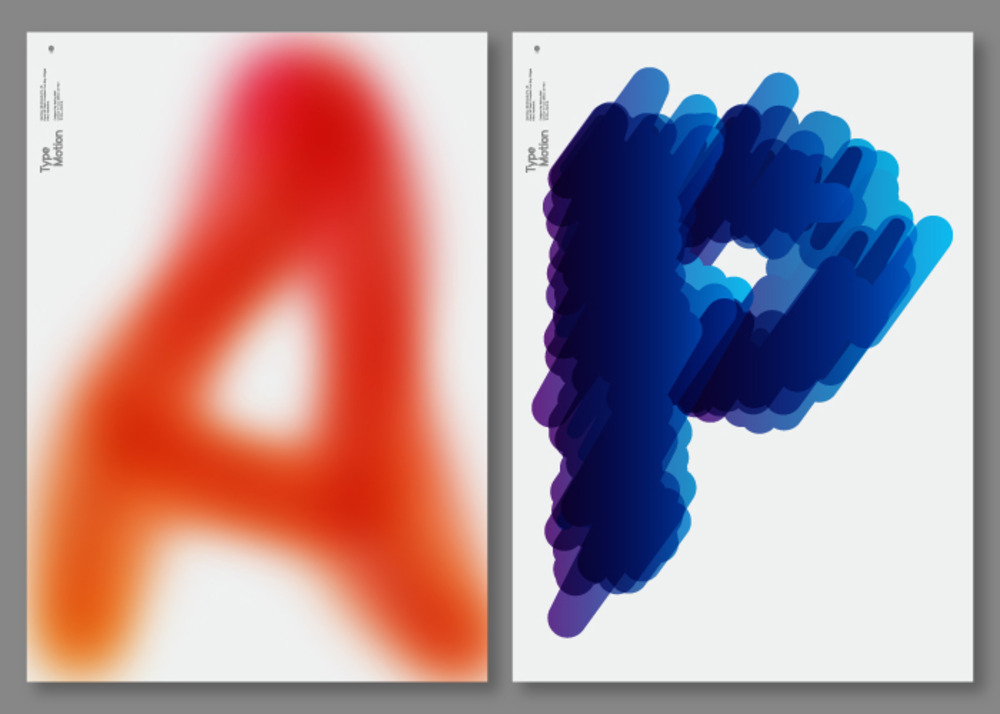 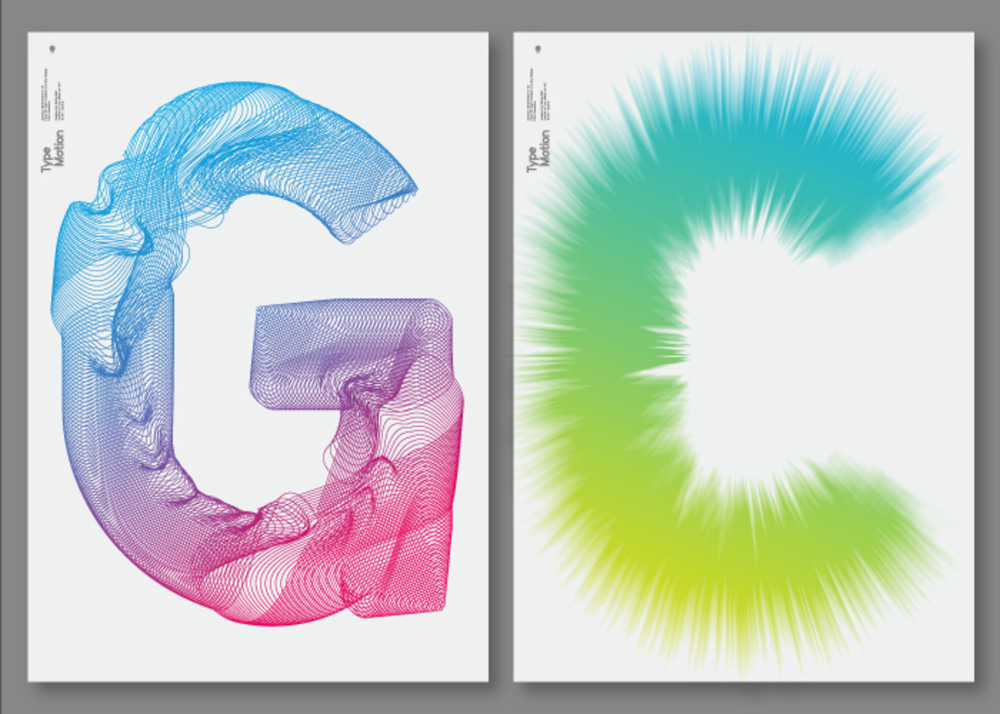 One of the central creative challenges with this project would seem to be the representation or communication of movement using mostly static media. How did you approach that?
Having worked with FACT since 2000 and overseeing a rebrand of the organisation in 2011, we were very familiar with the visual language and in particular, the gorgeous Nebuau Grotesk typeface designed by Stefan Gandl at Neubau Berlin. This meant we could get up and running very quickly with visual research and experiments.

Initially, our explorations involved depicting simple movements in a word marque. We pulled apart letterforms — working in black and white — creating some very graphic outputs,which, whilst appealing, didn't quite communicate the energy of the exhibition. As we added colour however, the characters came to life. We pared back our approach to working with single glyphs as we began to distort and warp them further, establishing a number of treatments before we arrived at two palettes: 'movements' and colour. It was then a case of combining  each glyph with the right techniques and colours to achieve a bold visual language applicable to everything from invites to tote bags.

With each letter being so different, we treated each layout in a consistent manner, opting for a large Type Motion marque to sit proudly above each character. For advertising, we allowed some letters to bleed in front and behind the word marque, giving another level of depth to the compositions.

FACT PROMO by Sparkle* from Grafik Magazine on Vimeo.

Tell us about the collaboration with Sparkle* and how their work fits into the overall strategy?
Like our relationship with FACT, we've worked with CG specialists Sparkle* on many projects; most recently winning a Silver Roses Design award for the art direction of our album design for Loved Ones’ Merry Monarch. Being neighbours also helps (Sparkle* is based in the studio opposite). Once we had our approach, we popped in to talk through what would be possible digitally, and set them the task of creating an alphabet to match our own. Using the same parameters of type and colour – Glenn [surname?] (Creative Director) and Steve [surname?] (Animation Specialist) generated a palette of effects to use throughout the project. Our one-line brief to them was to make the letterforms dance; we wanted that sense of perpetual motion.

We then met with Alistair Eilbeck, responsible for creating and managing the TILO project, an innovative platform providing digital media experiences. The goal was then to add an interactive element to the work — the outcome of which is that, as people walk past or stand in front of the TILO screens, the letterforms animate in a variety of ways. 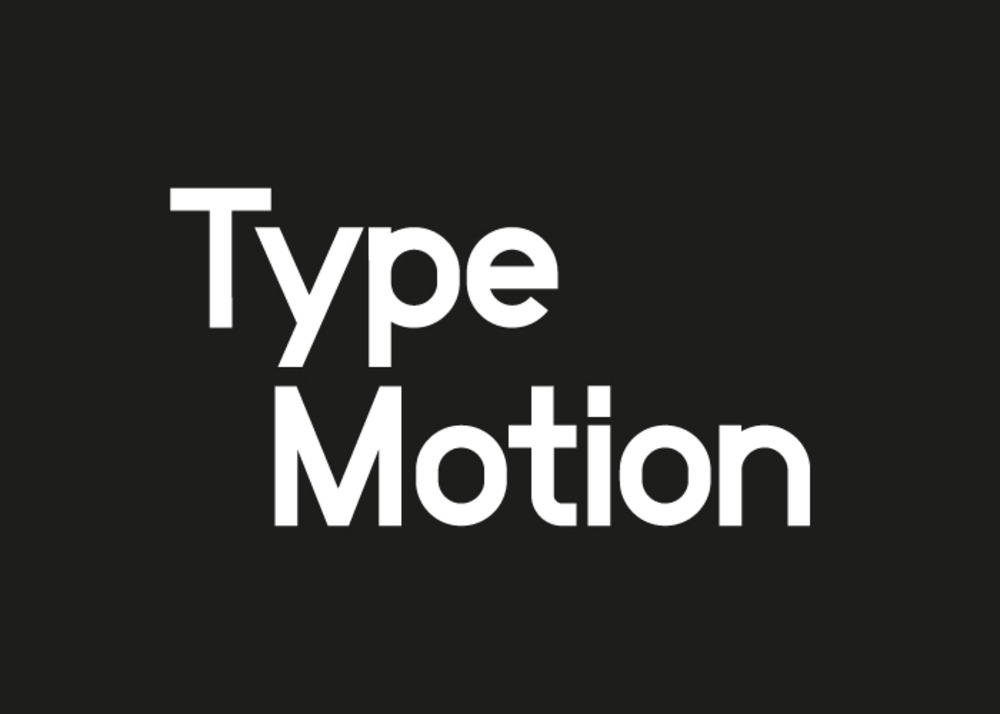 Do you consider yourself "type geeks"?
In a word,yes — but we never let it overshadow the intended outcome. Of course we spend lots of time finding the right typeface for the task at hand as it’s vital in the communications mix, so it’s impossible not to obsess on that level. And, naturally, we get excited by what a typeface can bring to the character of the idea’s execution.

We are (admittedly infrequent) contributors to Type Token and one of our designers, Mike Holmes, runs a blog dedicated to 'found' typography’ (Type Brut)  so in that regard, I suppose we are quietly geeky over type. In the studio, our tastes are fairly diverse but we agree it is always about what is appropriate in the given context, rather than what foundry or face is in vogue. 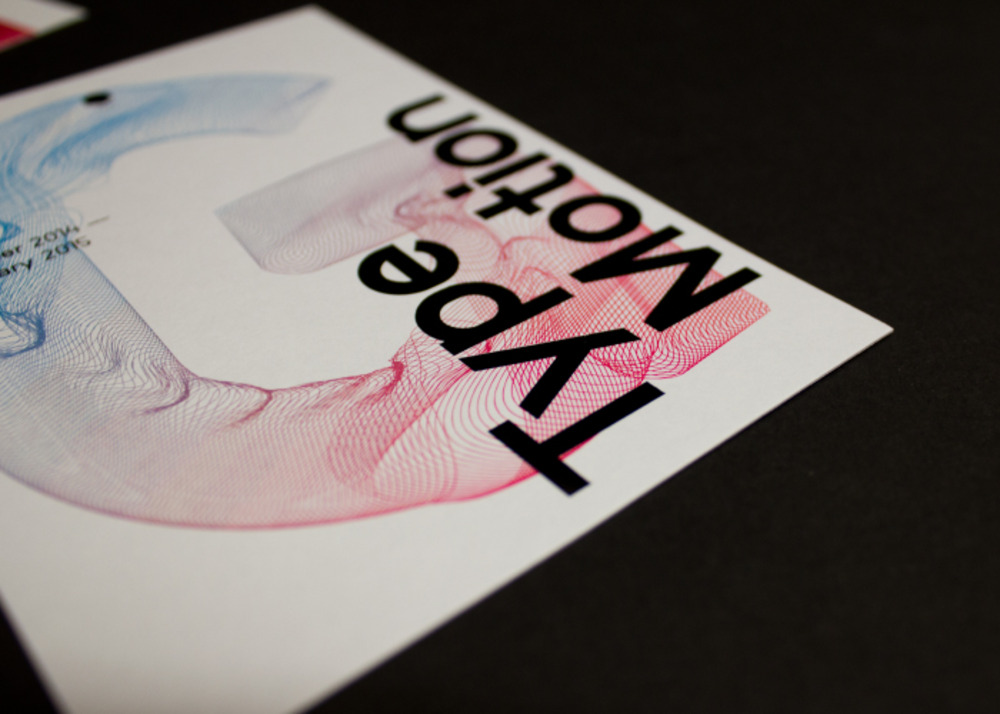 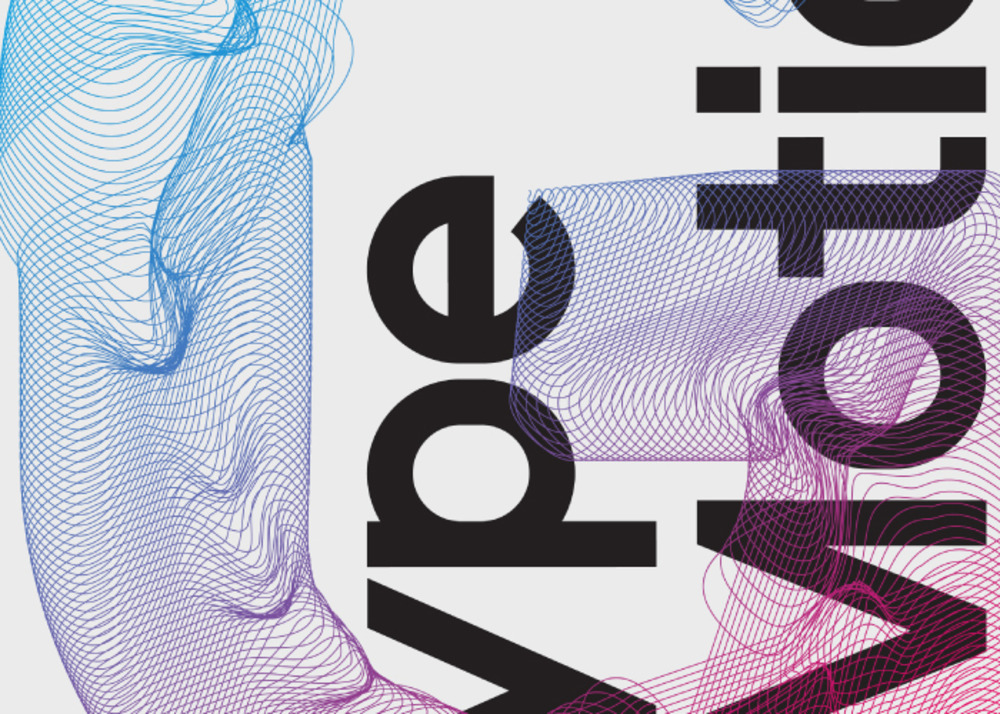 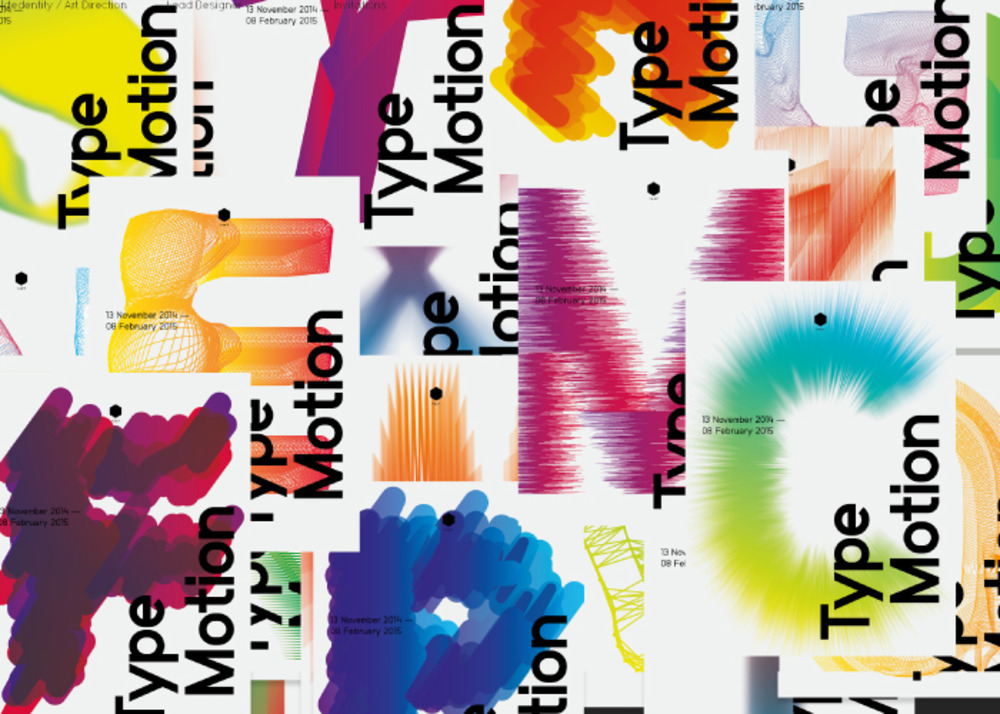 What research was necessary for this project? Where was your starting point?
Honestly, first thoughts – what typeface can possibly convey everything required by the brief? How daunting to select a typeface for an exhibition that type obsessives will pore over.

But, quite quickly, we realised that the most natural response would be to use FACT’s brand face and spend more time processing, manipulating and animating the letterforms to create something ‘other’ – a state of flux that illustrates Type Motion.

A lot discussion took place about production methods – both on an animation and installation front, and what would be achievable in print terms with GF Smith’s involvement. 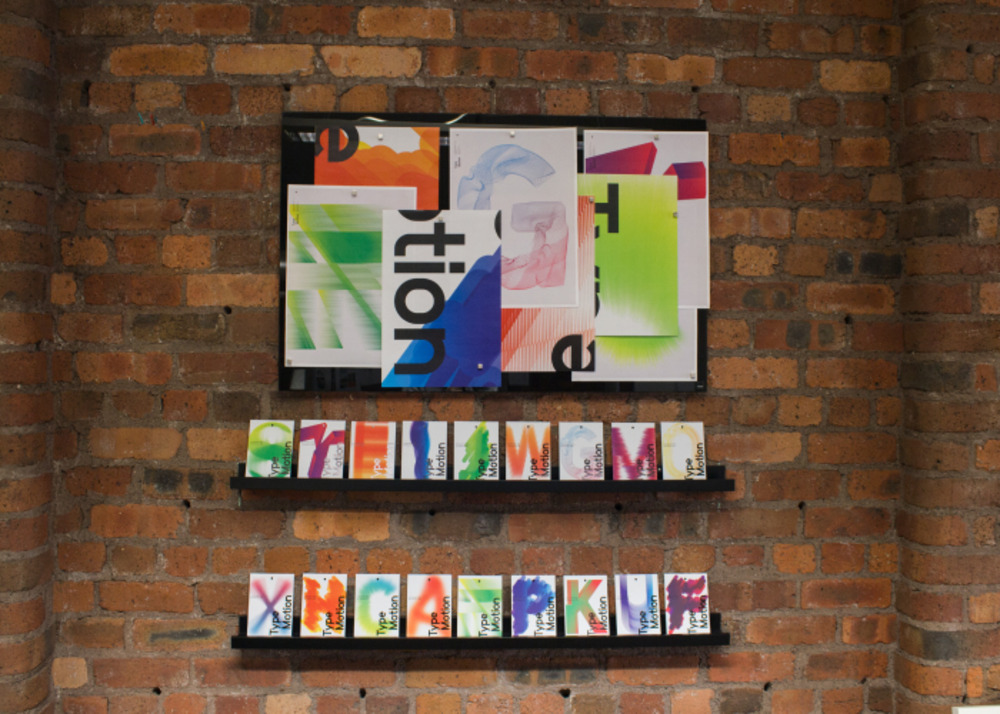 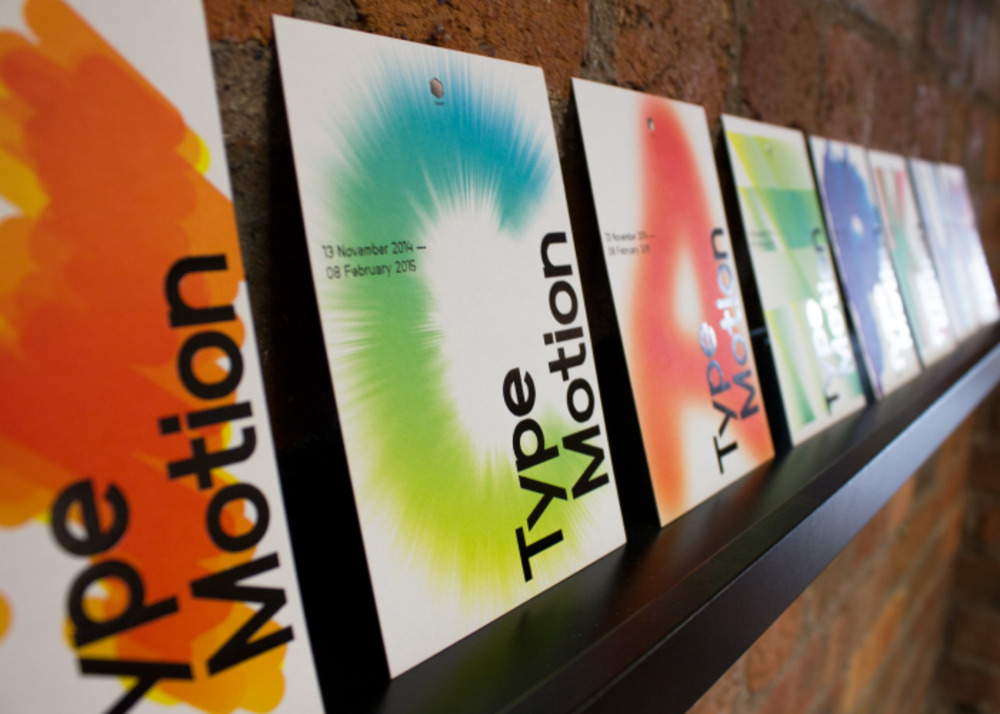 Do you feel that typography is a particularly difficult area of your discipline to get the public (or even commercial clients) enthused about? How would you describe its importance as a communication tool?
I think people are much more aware of typography now than ever before. With the onset of digital publishing, people are now aware of how their document or email looks and can change that. Even down to setting things in all caps or comic sans — people understand the effect it has on the tone of a message. In popular culture too, I think typography is now more prevalent — from BOY London to those now infamous 'Keep Calm' posters — typography is unavoidable.

For me, type is the bread and butter of what we do. It is communication at its most powerful and visceral. Nothing does passive-aggressive like a scrawled Post-it note and equally, without signage systems we'd all struggle to get about. Type is essential.

(But, having said that, I do think if you’re selling an idea to a client and you start with the typography, you might see some yawns). 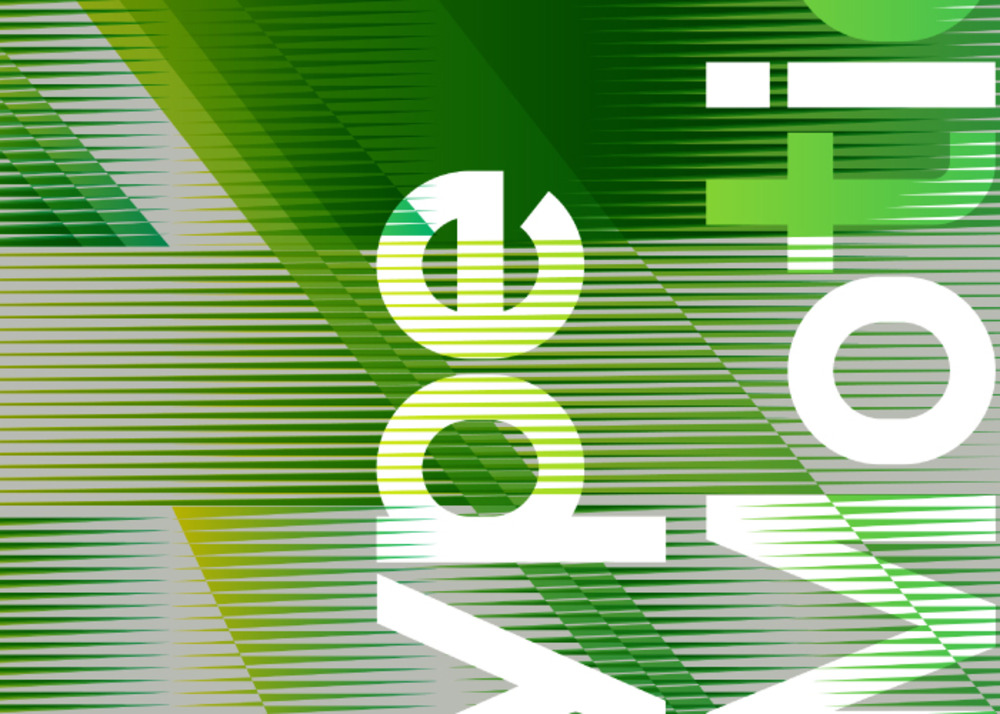 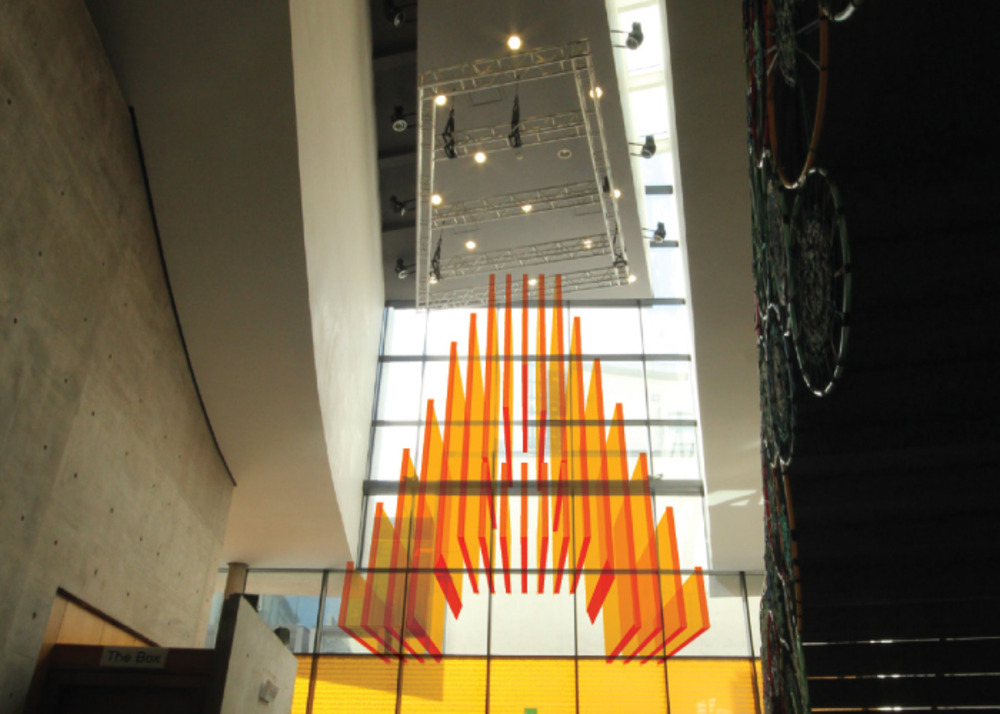 Are there any aspects of the finished work that you are especially happy with? Are there any frustrations?
Seeing the concept executed across digital screens, in sculptural form (if that turns out to be possible) and print is so satisfying. Feedback so far has been very positive. We are particularly pleased with the invitation set. Its nice to see all twenty six letters printed. Being able to work closely with FACT, Sparkle, GF Smith and Pressision has also been particularly enjoyable – the sense of the range of possibilities from all collaborators was tangible very early on.

As far as frustrations go, time did get the better of us in regards to print production, as we had initially planned for more complex finishing techniques – triplexing, additional foiling, individualising mailouts. In the end, the schedule meant we had to simplify the end results.