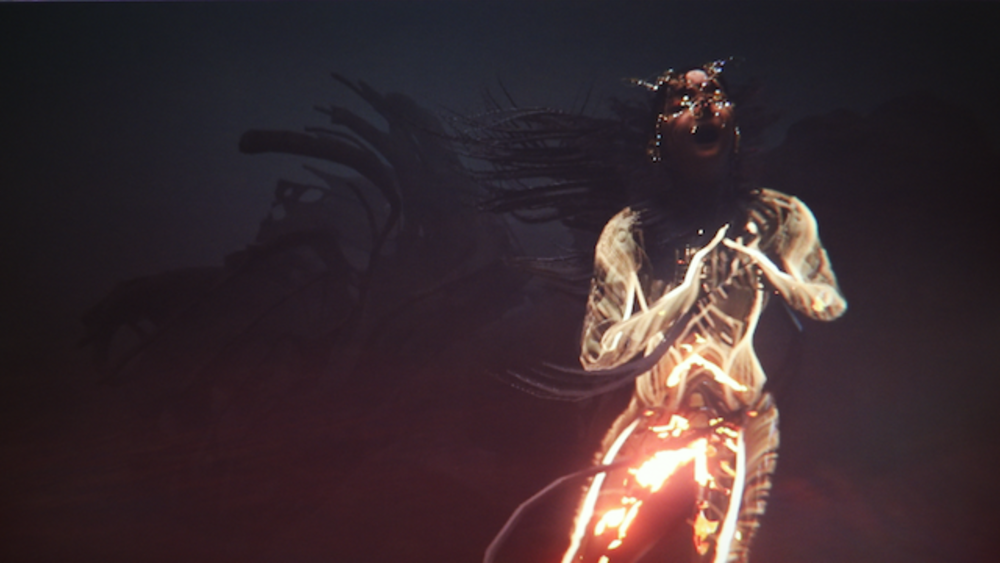 A still from NotGet VR.

Virtual Reality technology has come on in leaps and bounds over the past couple of years. With headsets like the Oculus Rift, HTC Vive and even the lo-fi Google Cardboard now available, more and more of us are able to take our first steps into the world of VR, and see what it’s capable of. The creative potential it offers to visual art, music and performance is only just being realised, but those lucky enough to catch the Björk Digital exhibition, showing at venues around the globe over the past year, will have already had a taster.

Björk has long been renowned for her experimental, boundary-pushing approach to music, creating meticulously-crafted worlds around each record she releases, and with Björk Digital this is taken a step further. The exhibition encompasses a series of VR experiences based on her 2015 album Vulnicura—from a performance on an Icelandic beach filmed in 360°, to a rendition of another track viewed inside a model of Björk’s mouth. 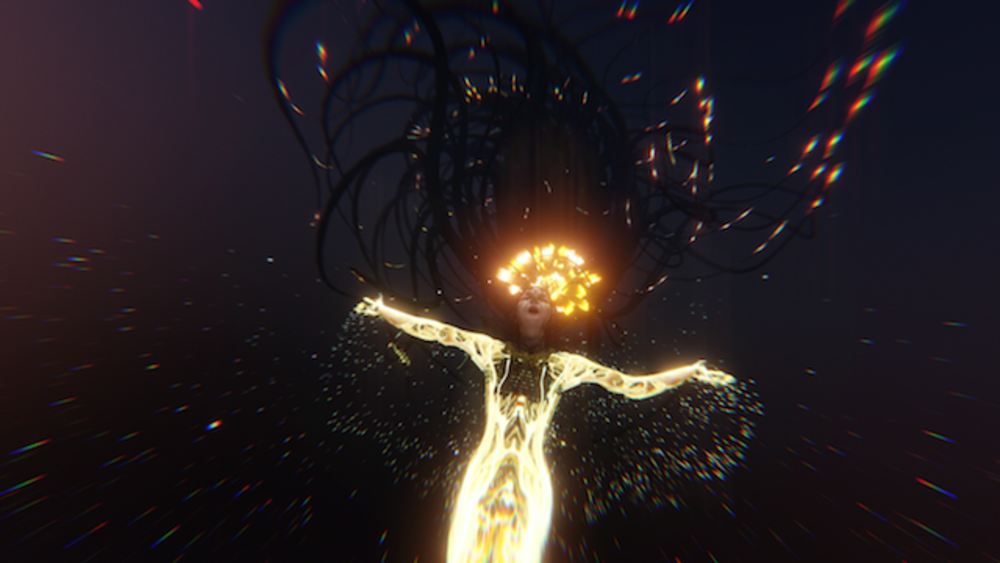 A still from NotGet VR.

NotGet VR is the newest addition to the show. The piece immerses the viewer in a brooding, alien landscape, in which Björk appears in avatar form, undergoing a metamorphosis throughout her performance; a VR headset enables you to explore the environment during the performance, as as mist, motes and entities within the space shift and react to your actions and gestures. The piece was directed by Warren Du Preez and Nick Hamilton Jones, and created by London-based VFX studio Analog. We caught up with Analog directors Arvid Niklasson and Matt Chandler, who led the project, to find out how a virtual reality experience like this is brought to life. 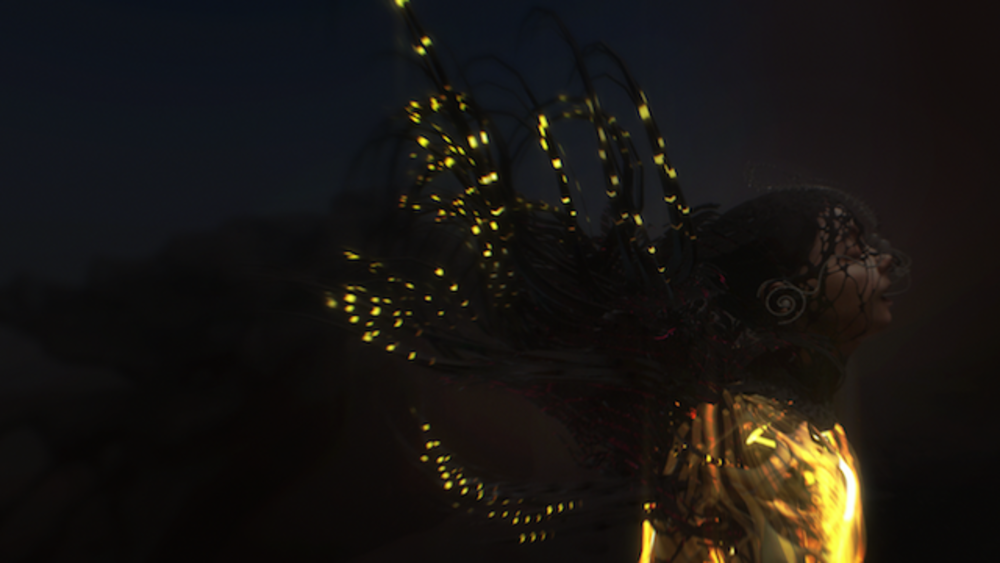 “With NotGet, we wanted to make a VR piece that is as cinematic as our usual work in visual effects,” Niklasson explains. “We also wanted to create an ever-changing experience, so that each viewing of the piece is different.” They began by developing the initial narrative concept, which would see both Björk and her environment undergo a transformation throughout her performance. “The premise of NotGet was to begin dark, twisted, damaged and delicate, and to end shrouded in energy, light and space,” Chandler says. This reflected the themes within the song itself, which deals with the breakdown of a relationship and the emotional growth the experience brings about. 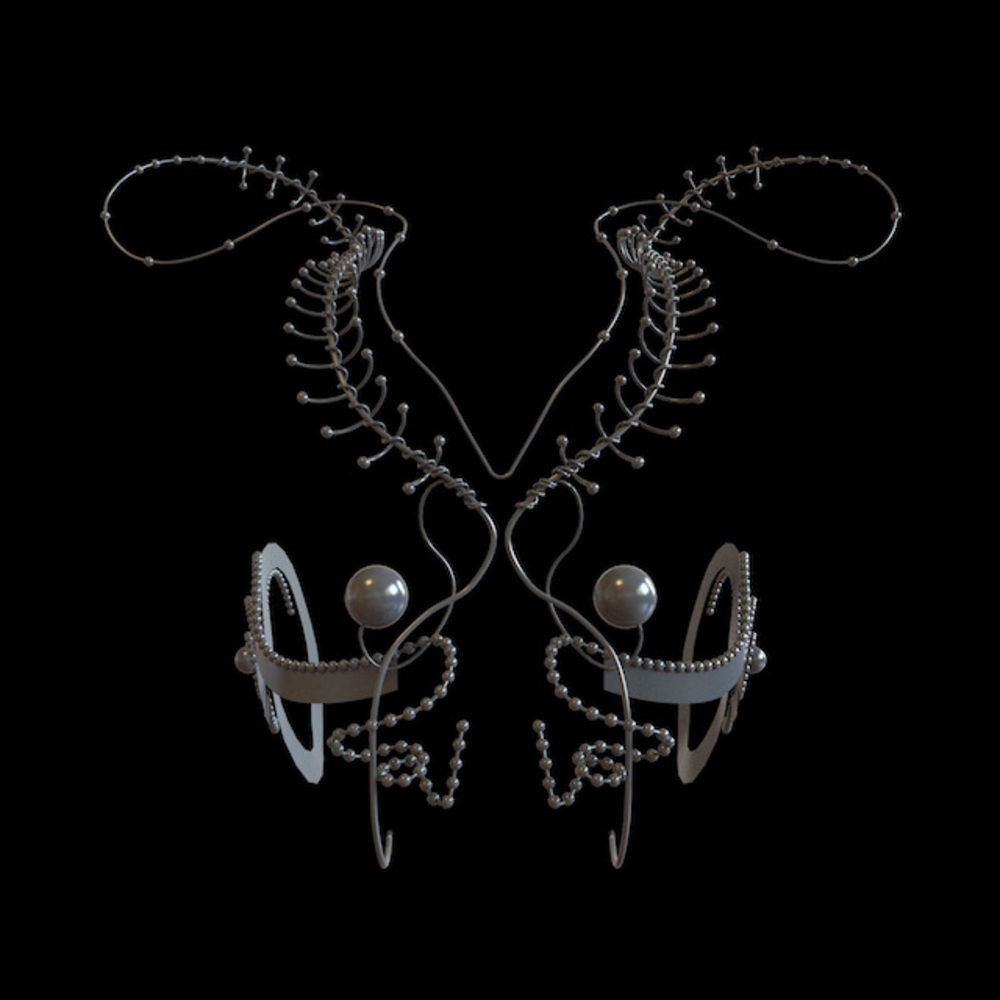 Wire mask model, based on the Vulnicura masks created for Björk by James Merry. 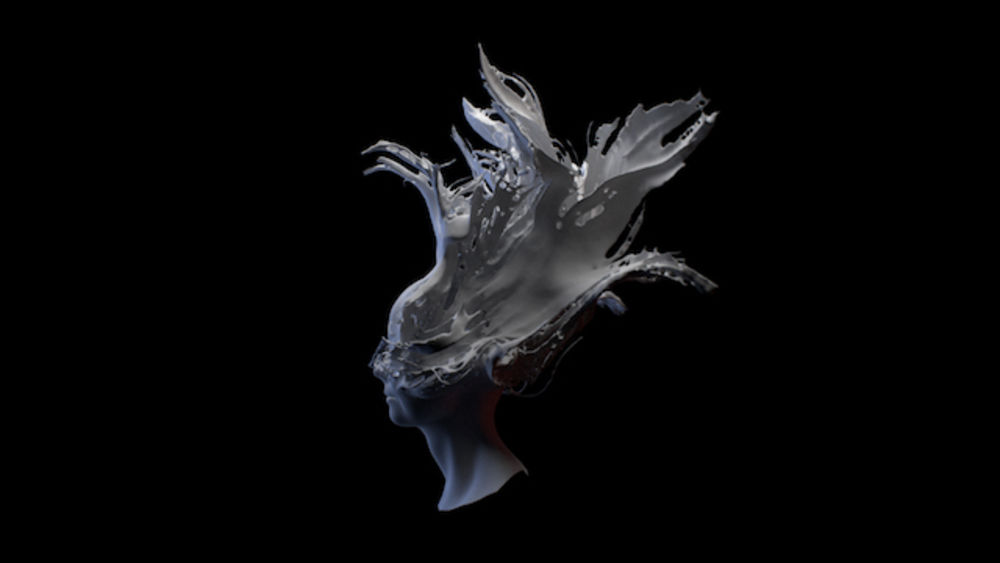 A model for the headpiece of Björk's avatar in NotGet VR.

Taking the reference materials—visualisations, masks, costumes and artworks—supplied by Björk and the directors a starting point, they then began to develop the aesthetic of the piece, crafting models in Houdini and 3DS Max and applying photorealistic details and textures, to create the Björk avatar and the world she inhabits. “We went through many design iterations for Björk’s ‘suit’, growing and refining organic structures through and around her body to create a skeletal structure that reflects the themes of vulnerability and death in NotGet,” Chandler explains. “The environment was also organically grown and processed into a bony, lava-like landscape.” The Analog team are constantly experimenting with the kinds of new textures, forms, structures and effects they can create, and the project offered an opportunity to bring much of this together in a form that’s reactive and immersive rather than static. 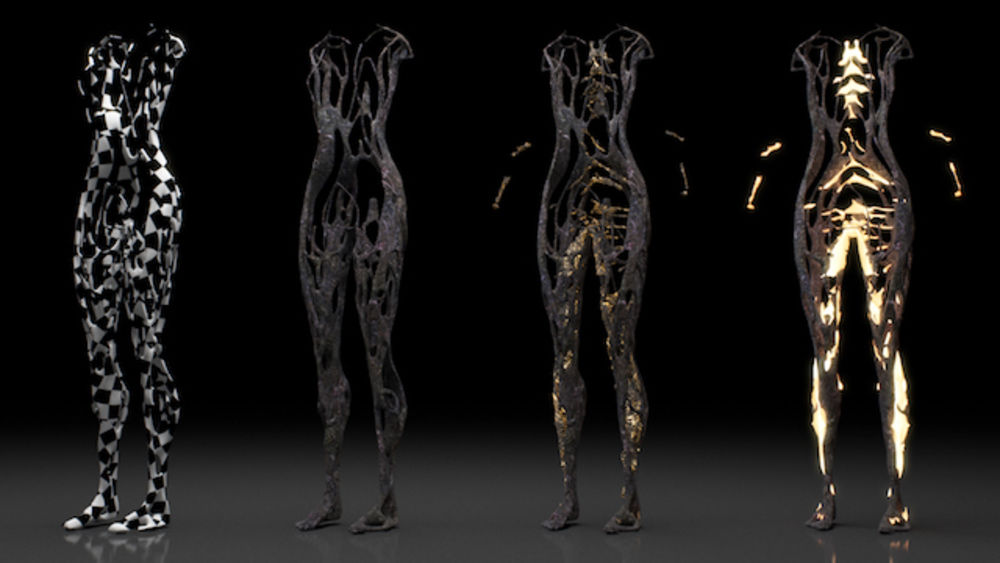 Concept designs for the structure of the Björk avatar. 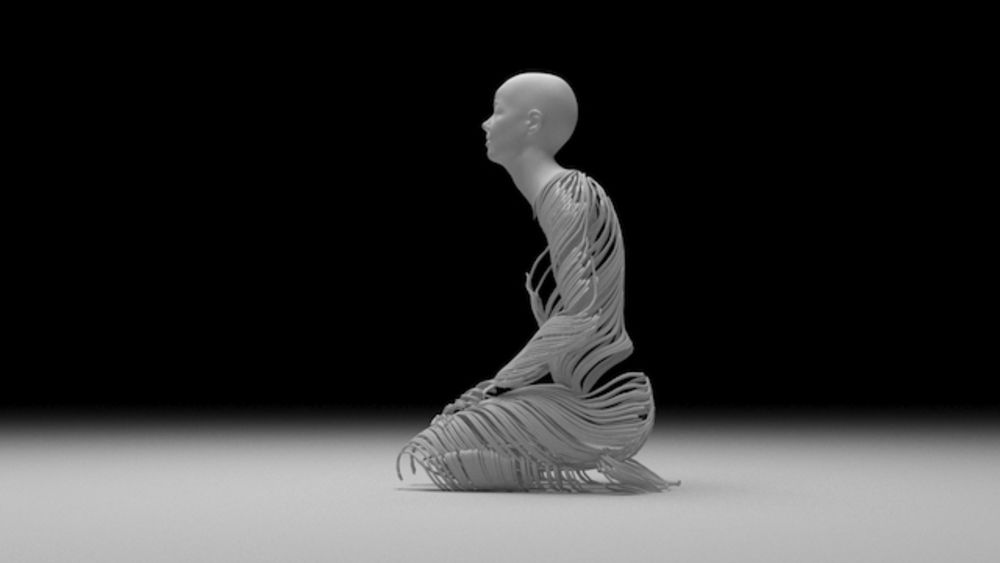 Modelling the exoskeleton of Björk's 'suit'. 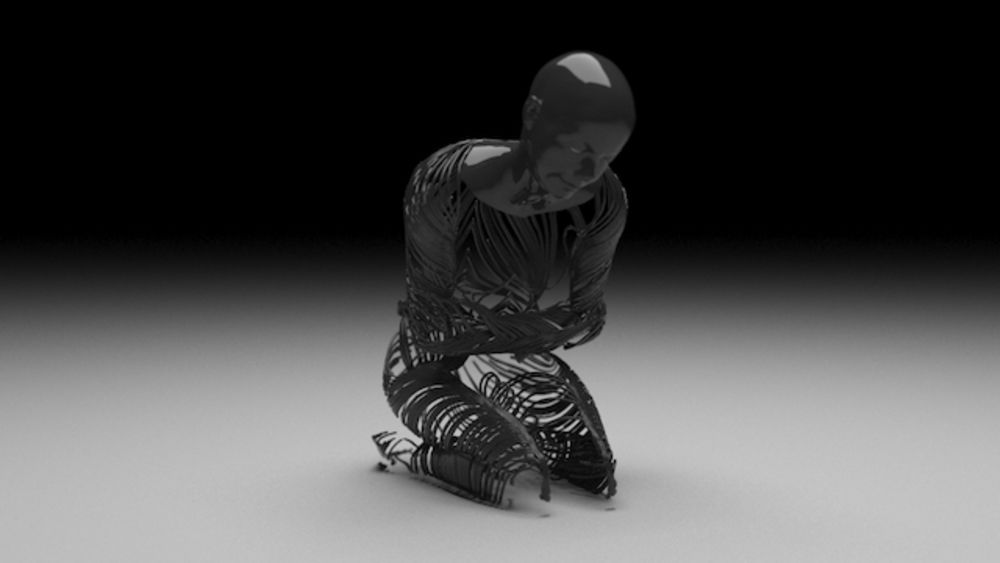 Modelling the exoskeleton of Björk's 'suit'.

A new performance of NotGet by Björk was recorded for the project at London motion-capture studio Imaginarium, where the team gathered high-fidelity point-cloud data with which to transform the artist into a VR avatar. Once both the avatar and the landscape had been created, Analog set to work bringing the piece to life, developing an approach to the programming and rendering that would result in the finished piece being impressively close in quality to their other video-based work.

As well as being visually convincing, they also wanted to add an ever-changing aspect to the piece, allowing the viewer’s behaviour to influence their experience of NotGet VR. “To achieve this, we wrote a limited AI for one of the creatures that inhabits the VR environment,” Niklasson explains. “The viewer’s behaviour triggers an emotional response from the creature—it can feel shy, jealous and crave attention, and responds accordingly. I’ve watched the piece more than 100 times and I still get surprised by its behaviour.” 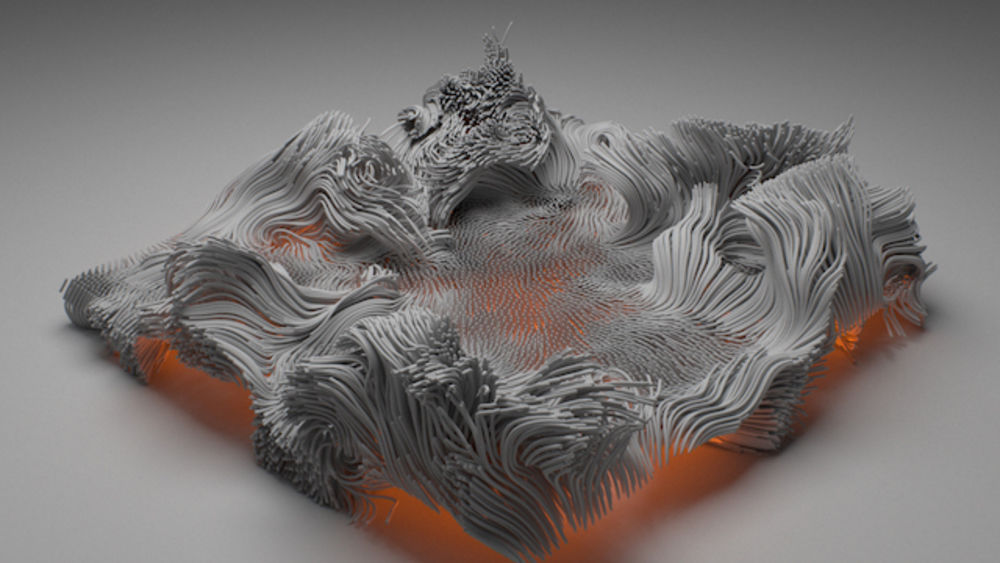 A model of the structure of the landscape in which NotGet VR is set. 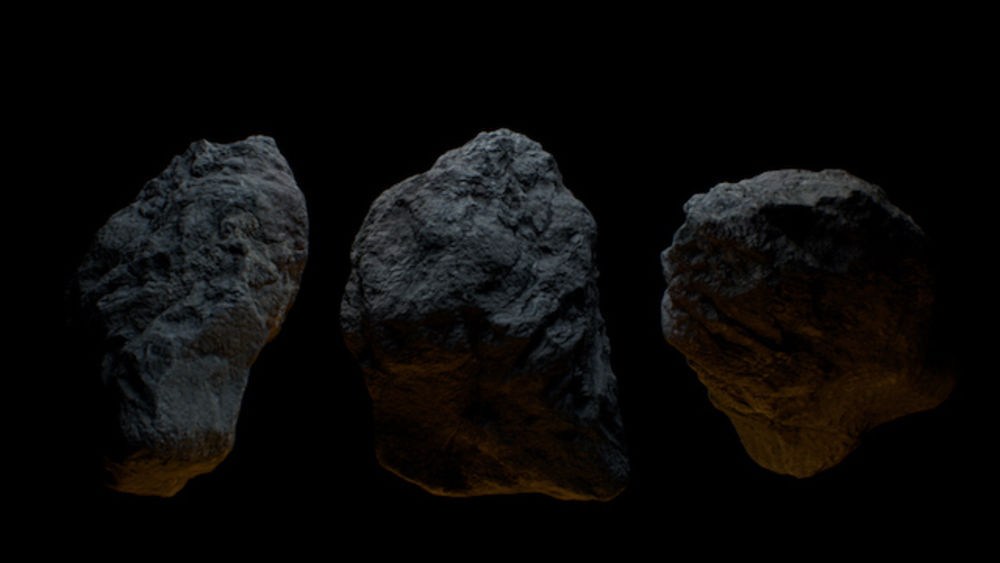 Experiments in texture and form for the lanscape of NotGet VR. 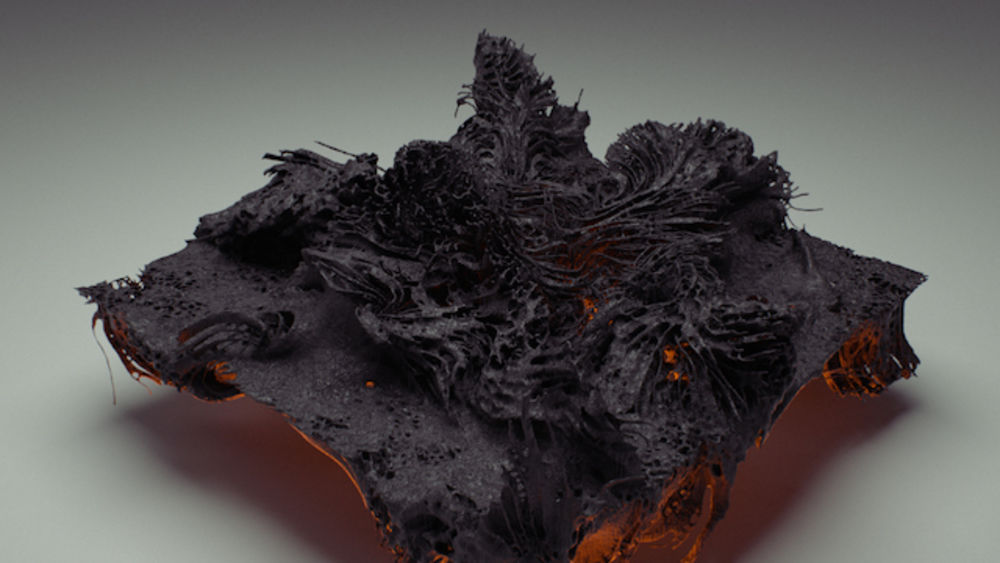 The underside of the landscape model, showing the lava-like textures applied to the piece.

All this comes together to create completely unique viewing experience. From your point of view inside the ‘world’ of the piece, Björk’s performance becomes more personal, her presence shifting from fragile to towering, and all the while seeming thoroughly tangible—it’s fascinating to get so close and experience all the details within the piece as the song progresses. NotGet VR offers a glimpse of the creative ways in which virtual reality might be put to use by artists and musicians in the future, and Analog are already looking forward to their next foray into the field: “Working with Björk, Warren, Nick and the whole project team was a brilliant experience,” says Niklasson, “and in terms of VR, I think we’ve only scratched the surface of what we are capable of.”

NotGet VR is part of Björk's ongoing Vulnicura VR project, in which she's developing a virtual-reality version of her 2015 album of the same name. So far, she's completed VR pieces for the tracks Stonemilker, Family, Quicksand, Mouth Mantra and NotGet—keep an eye on her website for more information and a release date.