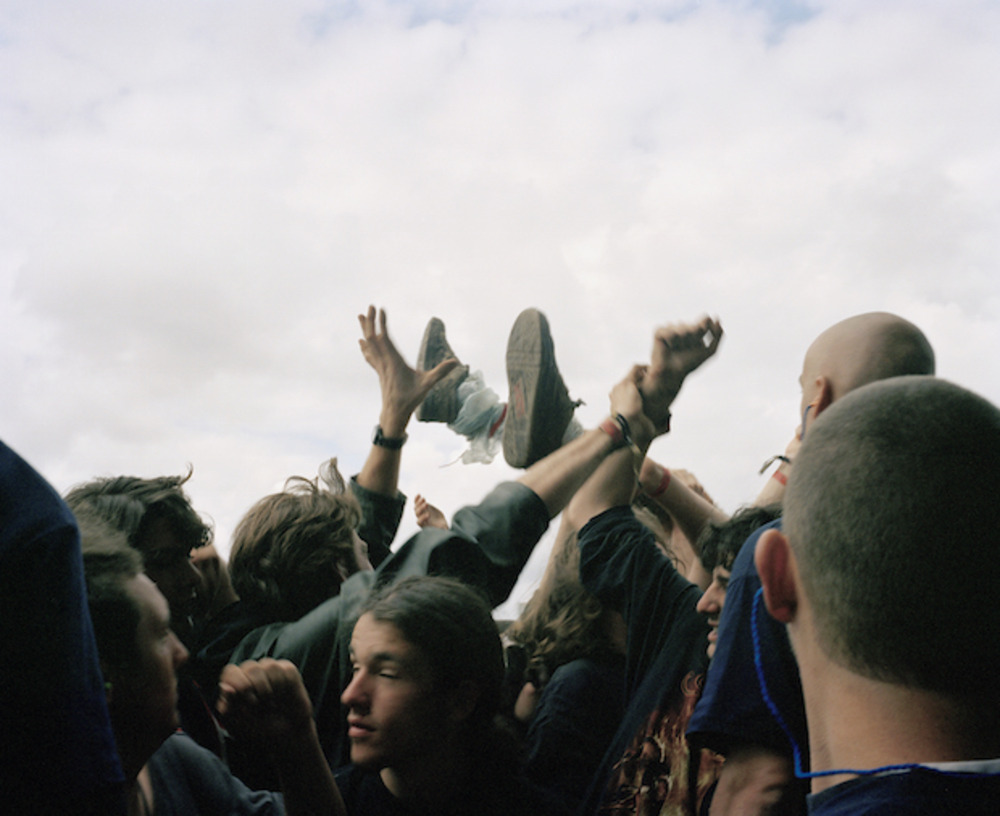 Heavy metal has long been known for the directness and vigour of its iconography. The skulls, inverted crucifixes, bullet belts and tattoos of many metal fans are designed and combined to create a directionless sense of menace and rejection and to isolate their wearer from the constricting mores of society. That or they all just want to look cool. Either way Sanna Charles' God Listens To Slayer, a collection of photographs of the titular thrash bands' fans taken between 2003 and 2013 published by Ditto Press, throws a rare and non-glamourised light on heavy metal fandom, offering a peek at a subculture unused to having such a stark gaze trained upon it.

“Slayer really haven’t changed their formula, and that’s what people really love about them,” says Sanna Charles when asked about the reasons for the continual devotion of the thrash masters' fanbase. “They continually write about war, death, killing, the Antichrist, suicide bombers, more war, and constantly keep it fast. For the majority there is a lot of joy in its morbidity and hate”. It's a joy that is reflected in Charles’ photos, which show various headbangers relaxing, drinking, swimming and, of course, losing their marbles in the mosh pit. In the books introduction Iron Fist editor Louise Brown compares the rite of following Slayer to a pilgrimage, and it's a comparison that makes a lot of sense when faced with photos of steaming Slayer worshippers bunched together, hair flailing in fits of collective ecstasy. 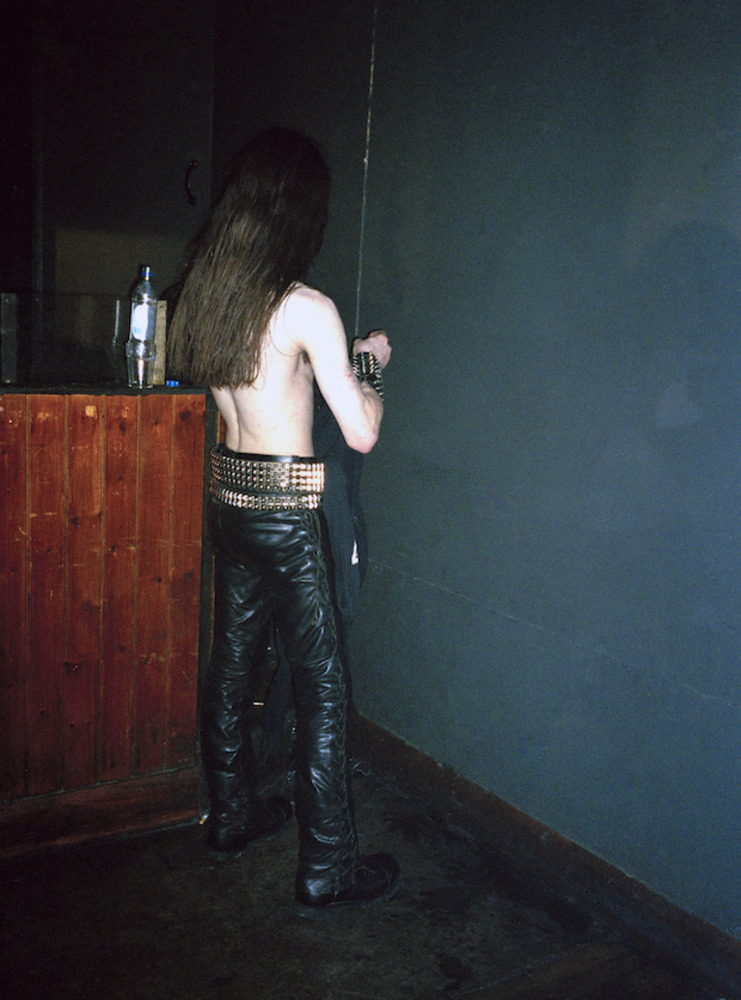 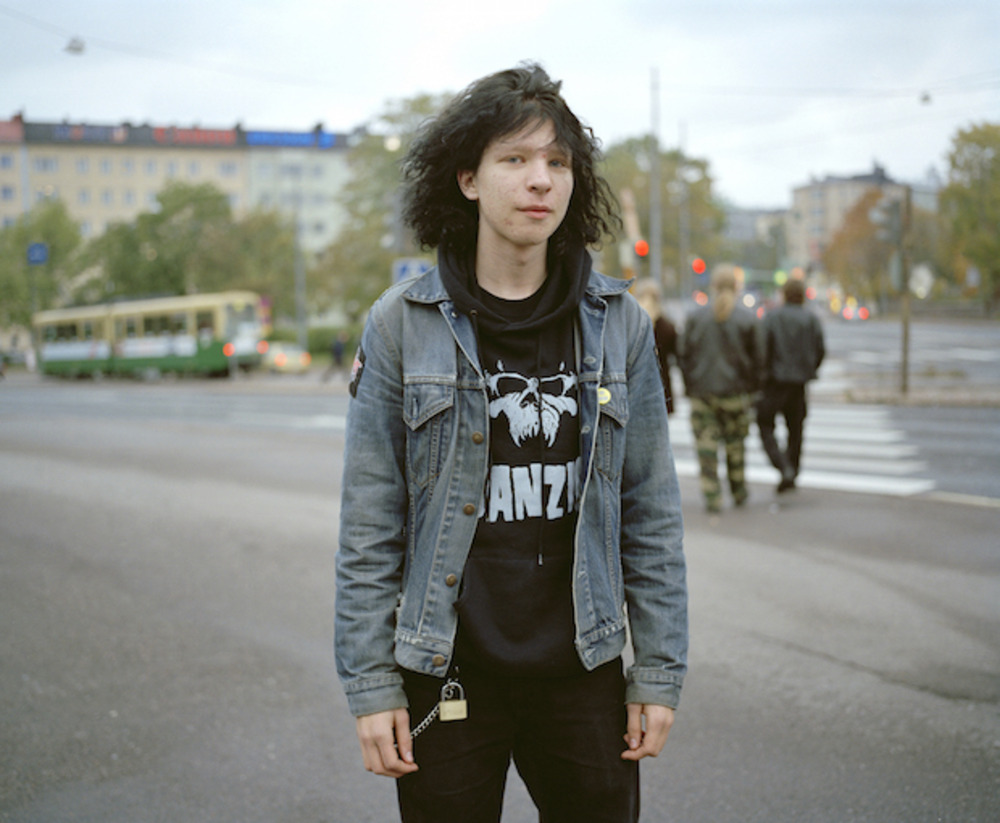 Charles has also seen fit to include quieter shots. Pictures of fans at home are included, highlighting their bedrooms and collections of memorabilia. “I started to see from early on that it couldn’t just be 150 photographs of people standing outside the venue,” says Charles. “I would get bored looking at too many photographs like that. Our homes are a pretty honest representation of our personalities, or the side of our personalities we put out to the world.” The starkness of the photos offsets any attempts at mystique building, however. The subjects are unguarded and affectless. In one photo a teenager in full studded-collar-and-metal-grieves battle gear stares straight into the camera, the tiniest whisp of stubble on his chin offsetting his baby smooth skin, a reminder of his youth and that he's perhaps not quite the evil warlock he'd like us to think he is. “I liked the contradiction of the aggressive music and the calm postures, that was a conscious decision from the start and part of the challenge,” Charles adds.

Charles travelled far-afield from her UK base to get the photos. “On the Unholy Alliance tour we travelled all around the UK and to Finland and Norway... in the years since, I travelled to festivals in Germany, France, Slovenia and Sweden.” The fans pictured are, therefore and perhaps surprisingly, a varied bunch and include, again perhaps surprisingly, some women. “I was interested in the female relationship to the music, fans of Slayer are most often represented as male but there are women at the shows, granted not that many but they are there. As a woman, taking photos of men in such a male environment was sometimes frustrating... I’d get some pretty crude remarks [but] on many occasions people were genuinely friendly and curious about the project.” 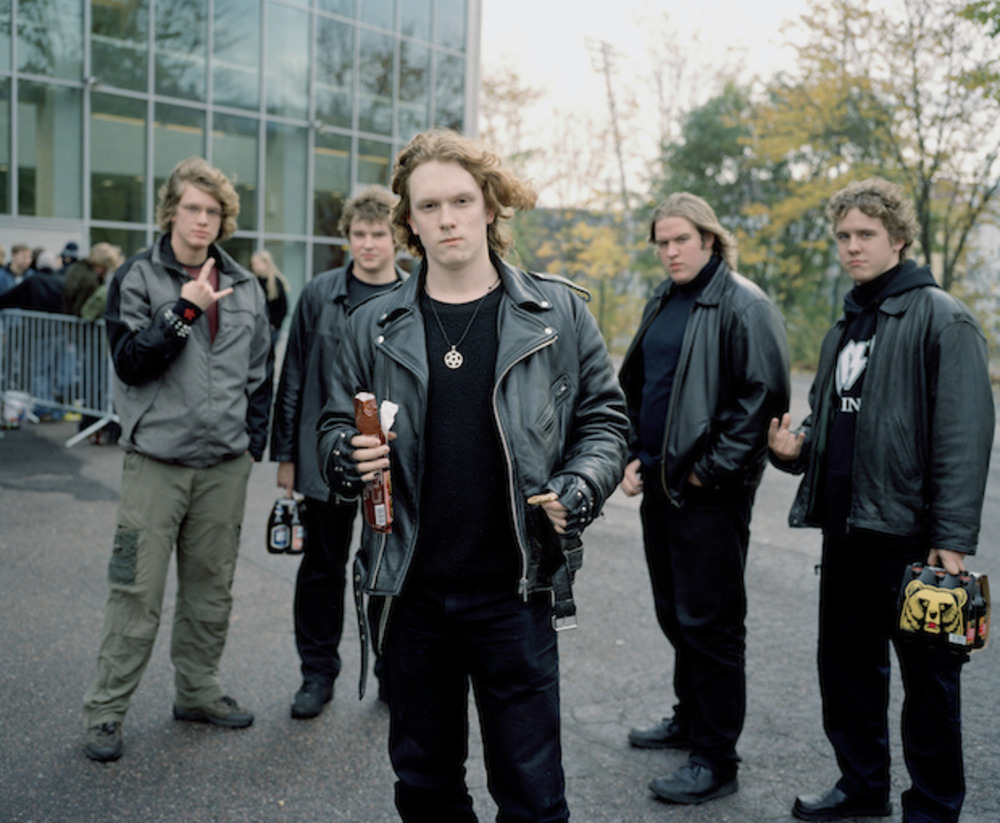 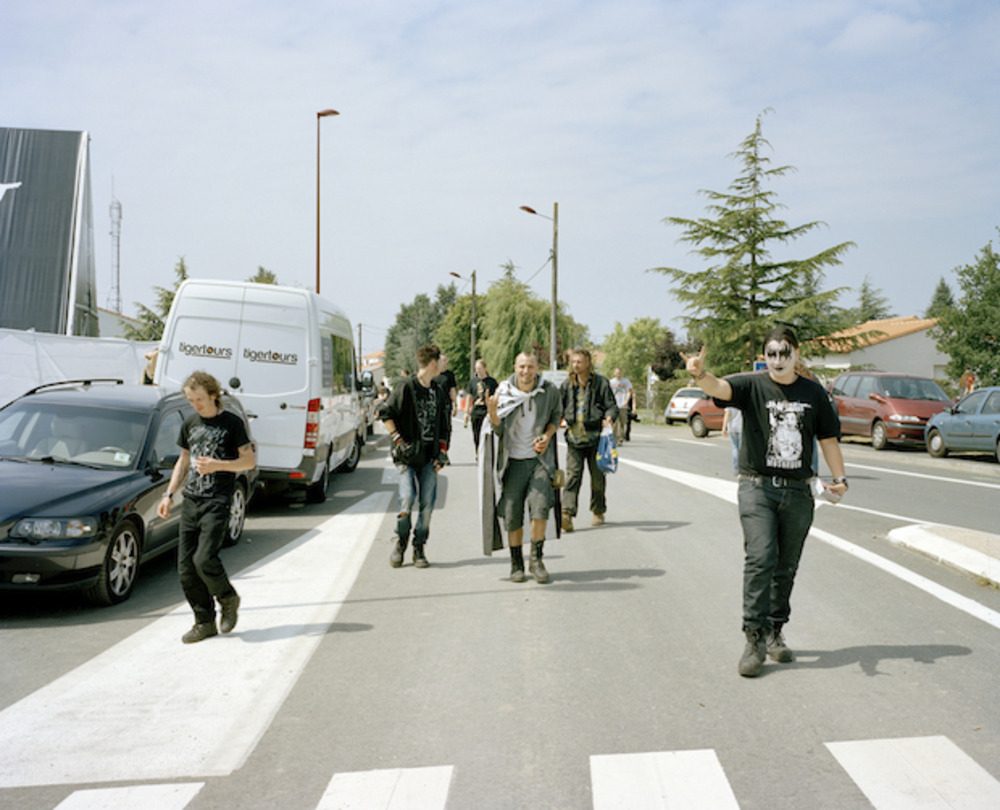 The book’s design is another part of the reason for its success, with brightly coloured serrated pages featuring testimonials from fans, including Charles herself as well as members of Slayer's Russian fan club and the magnificently named Sadistik Fornicator from the band Necromaniac. There are also various collages interspersed, made by Charles, of occult artefacts and pieces of Slayer memorabilia. Says Charles of her reason for creating these cut-ups: “I have been hanging out with these photographs for a very long time and I was finding it difficult to feel inspired by them. I started cutting up the photographs in a way to get excited by them again and to create something new. Collage is a good way to see things from a different perspective.”

It's this different perspective that makes God Listens To Slayer such an arresting book. The unguarded intimacy of the photographs exists at odds with the theatrical violence inherent in Slayer's music, and out of this contrast comes a tangible feeling of wide-eyed confidence and fun. “I think there’s something about fans of this kind of music that is understanding of the fact that not everyone is going to understand them or the music they love” says Charles. “I’d like people to see Slayer as a really amazingly fun band, as brutal as the music is I’ve had ridiculous fun watching them.” 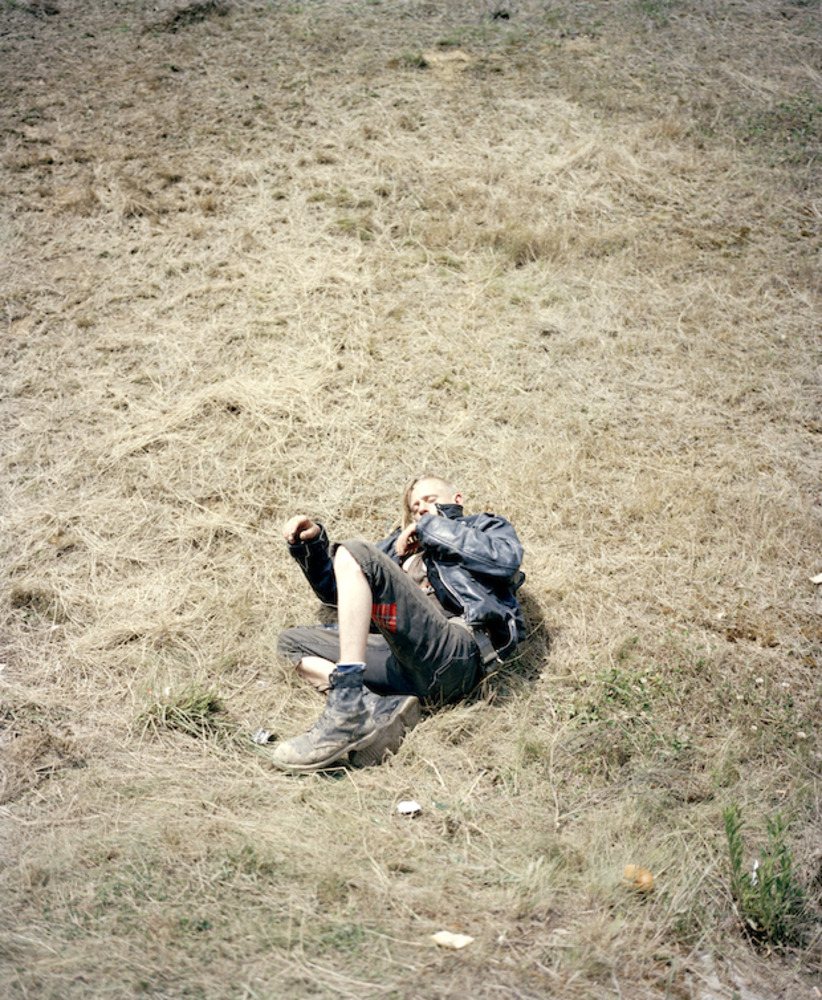 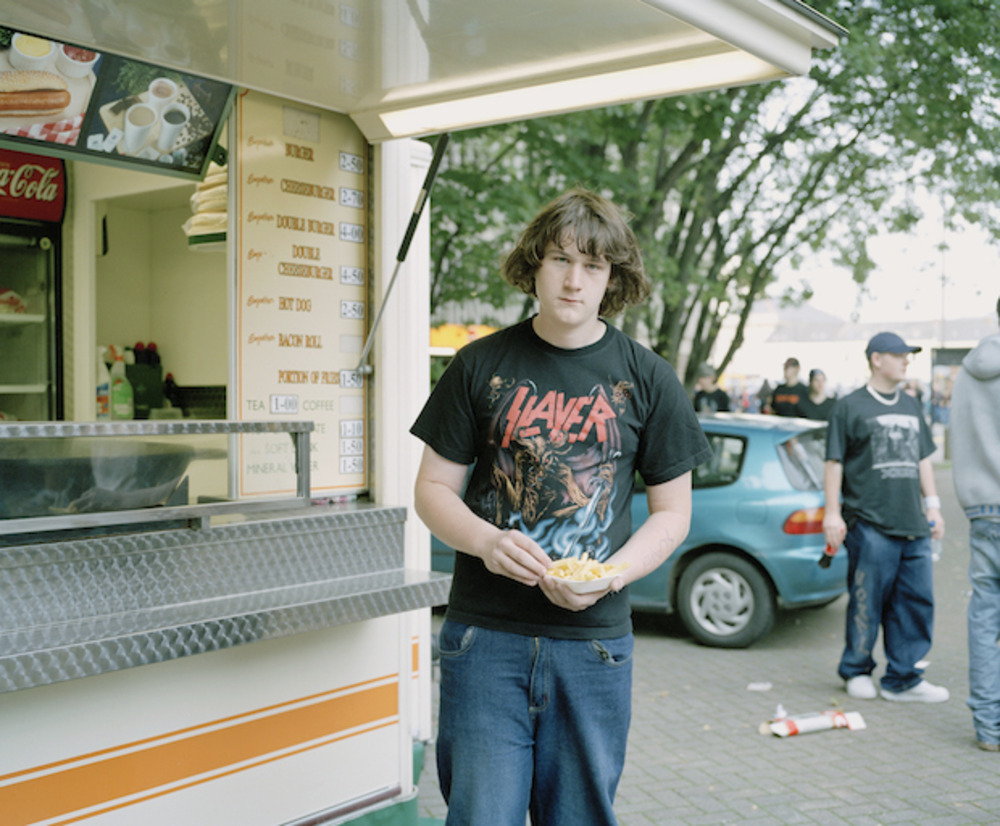