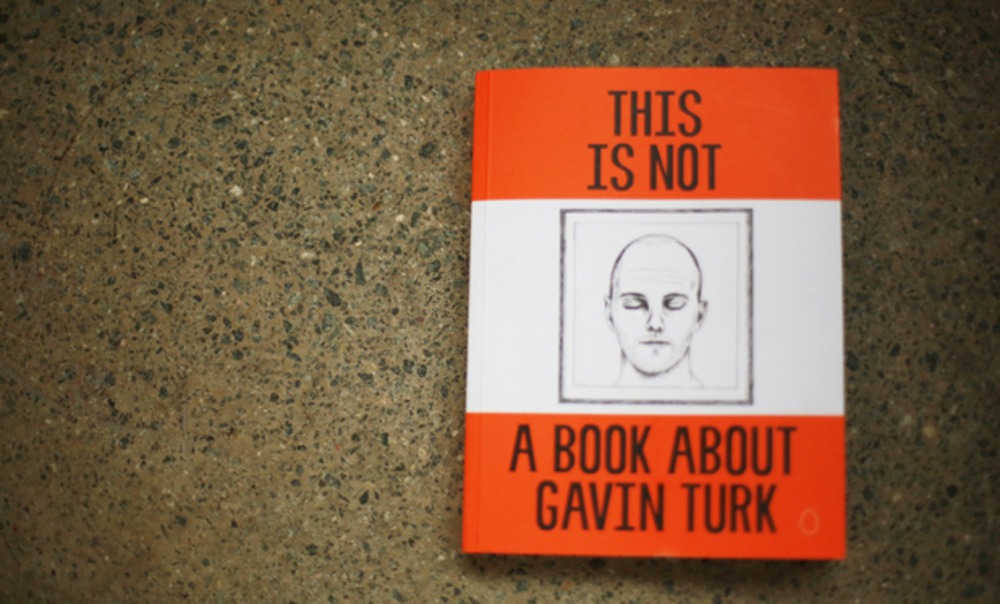 From half-eaten rich tea biscuits complete with the artist’s signature to shotgun-nosed bronze self-portraits inspired by Magritte paintings, Gavin Turk’s unique brand of existential meta-art has long delved into the murky waters of identity, reproduction and what it means to ‘author’ an artwork. Unsurprisingly then, Trolley Book’s latest release This is Not a Book about Gavin Turk takes a similarly less than straightforward stance when creating a publication dedicated to the artist, abandoning direct discussion of his output for a series of essays on everything from polystyrene chip trays to Joseph Conrad’s Heart of Darkness. Just as Magritte’s The Treachery of Images (which the book’s title references) is not a pipe but an artist’s impression of the object, this book represents Turk’s work through mirror images of his preoccupations, recurring themes and the art world he operates in. 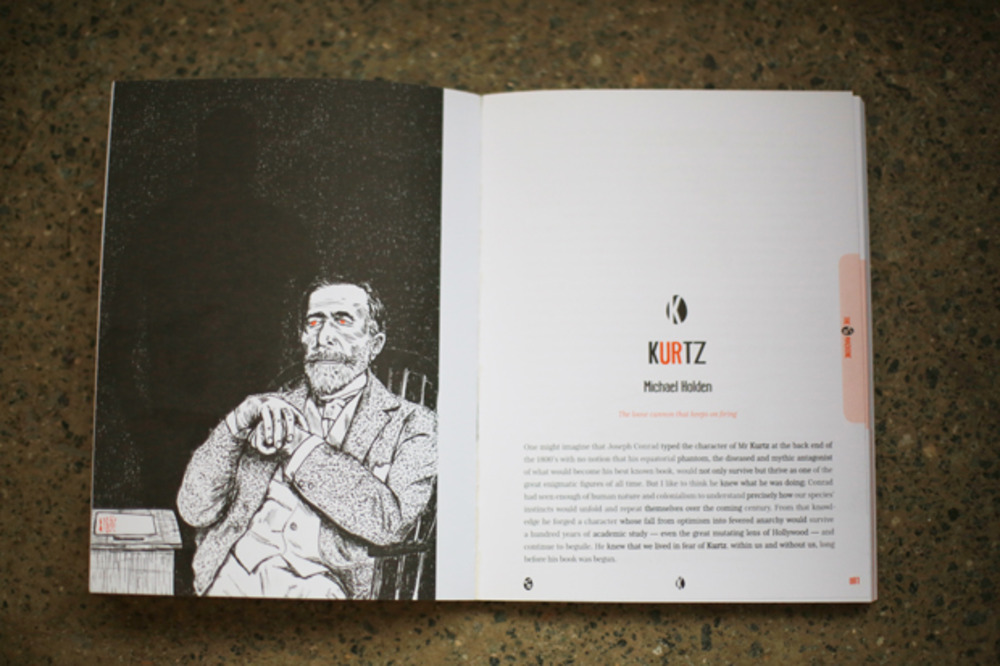 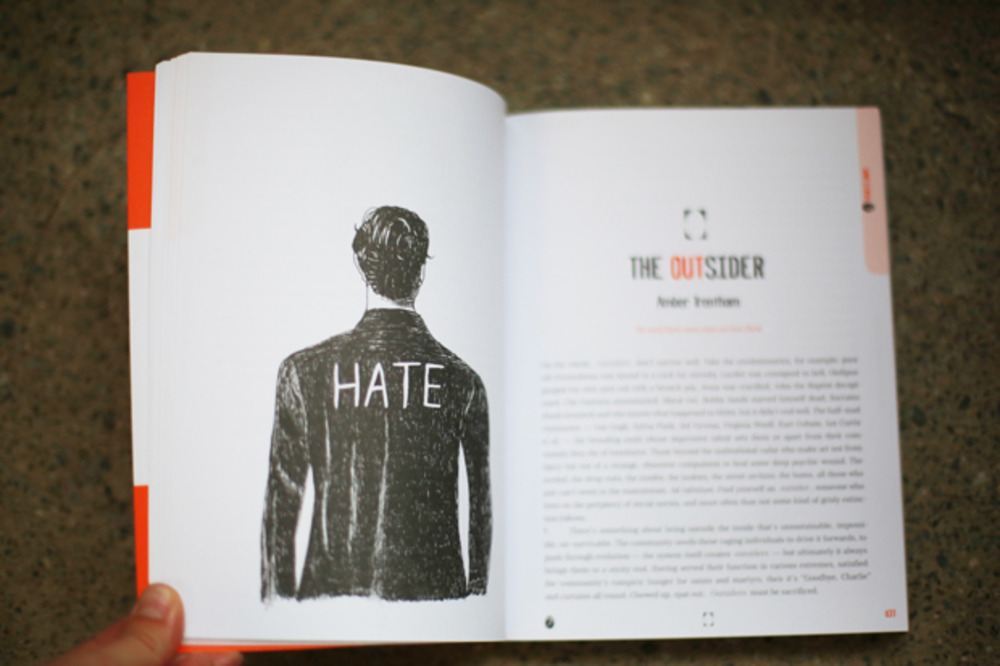 Edited by former Dazed and Confused editor Rachel Newsome, the book’s structure is just as unconventional as its concept. With only some cursory housekeeping and navigational advice, the book launches straight into the main body of content – a series of essays written by the likes of artists Damien Hirst and Fiona Banner and critic Ossian Ward. Topics covered include Piers Morgan and the cult of celebrity, souvenirs and their etymology and origins, the cultural cachet of Sid Vicious and Che Guevara, rubbish, revolution, appropriation and pipes. Some talk about Turk and his output, others refrain from mentioning him at all, instead leaving the reader to join the dots as to the article’s implications on the artists work. To help somewhat with the latter, Newsome frames the essays by organising them into three distinct sections: What is Real? discusses representation and the notion of the artist as an outsider, The Machine looks at celebrity and performance with reference to Postmodernism, and Zero explores whether art is past its shelf-life.

The more traditional art criticism (including Newsome’s own reflections on Turk and a Q&A with the artist, which is perhaps the highlight of the book) has been annexed to the appendix, hidden out of site for the discovery of particularly attentive readers. The result is that by the time you actually get to the more factual material on Turk’s practice, the seemingly tangental ideas put forward in previous essays begin to resonate within the discussion of his work. 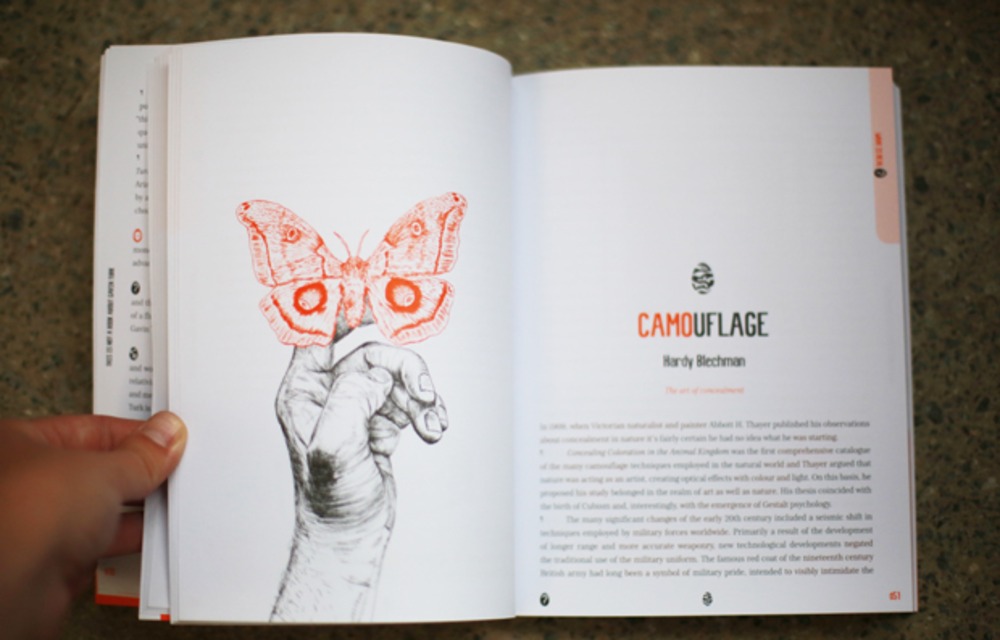 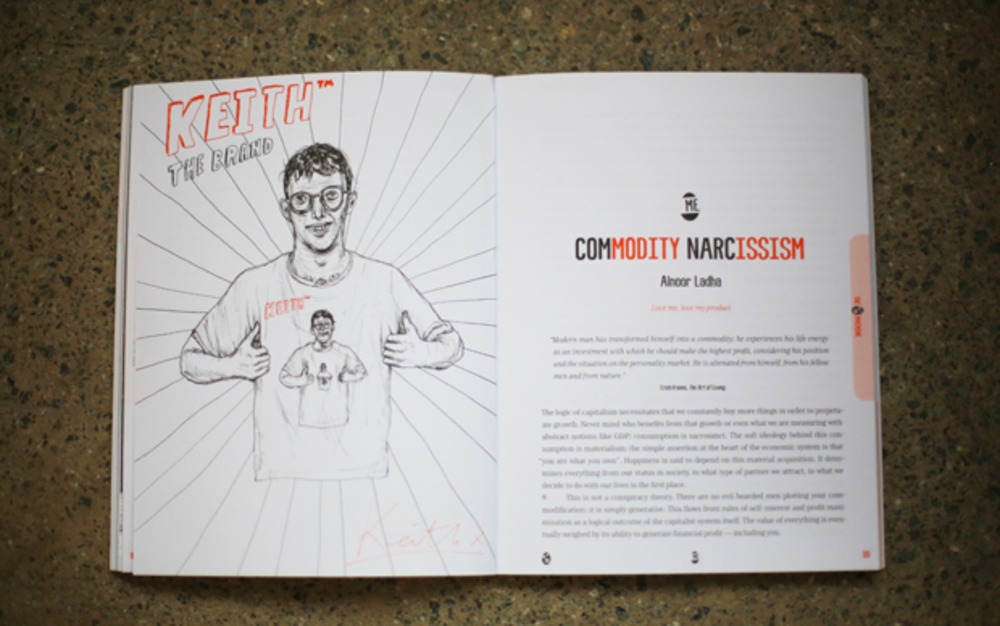 Even at the most philosophical and abstract corners of the book, the tone is humorous and knowing. Part of this stems from Jim Hollingworth’s excellent illustrations, which depict miniature versions of Turk’s sculptures and artworks, as well as images to support each of the essays. Although a lot less dark that his usual unhinged fare, Hollingworth’s manic seagulls, gaggle of selfie-taking individuals, not to mention his Penguin-parodying cover (complete with logo-less empty egg), add great depth to the book’s content and visual appeal. At times, however, the book seems slightly over-designed. Although the black and orange palette generally works well, the bolding of text, acrostics, upset type and inconsistent orange highlights can be a tad distracting. Similarly the creation of a suite of symbols to depict each essay feels unnecessary and, if anything, jars with Hollingworth’s illustrations by making the pages busy and overly-complex. 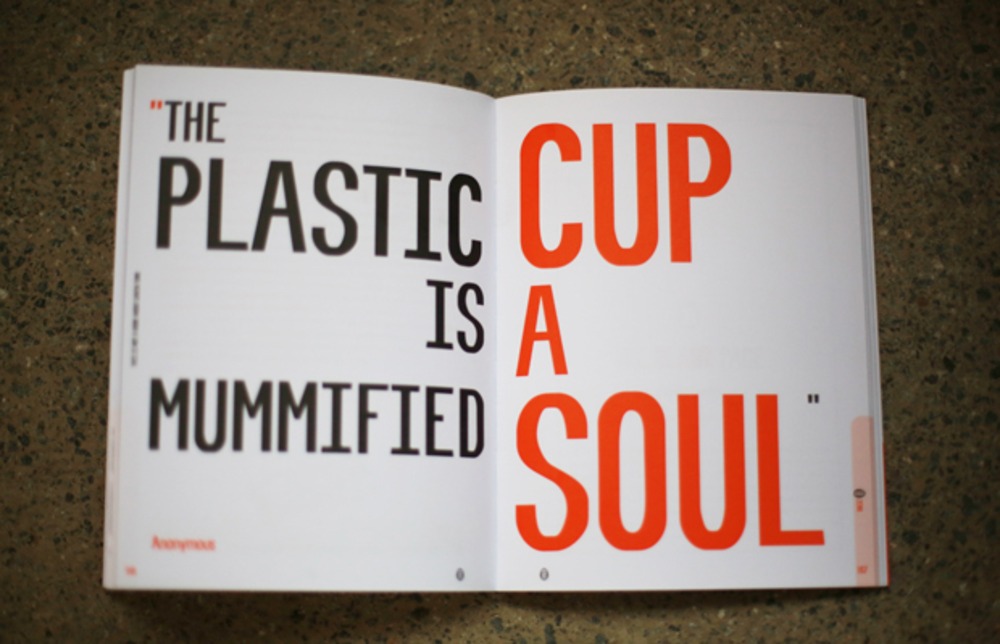 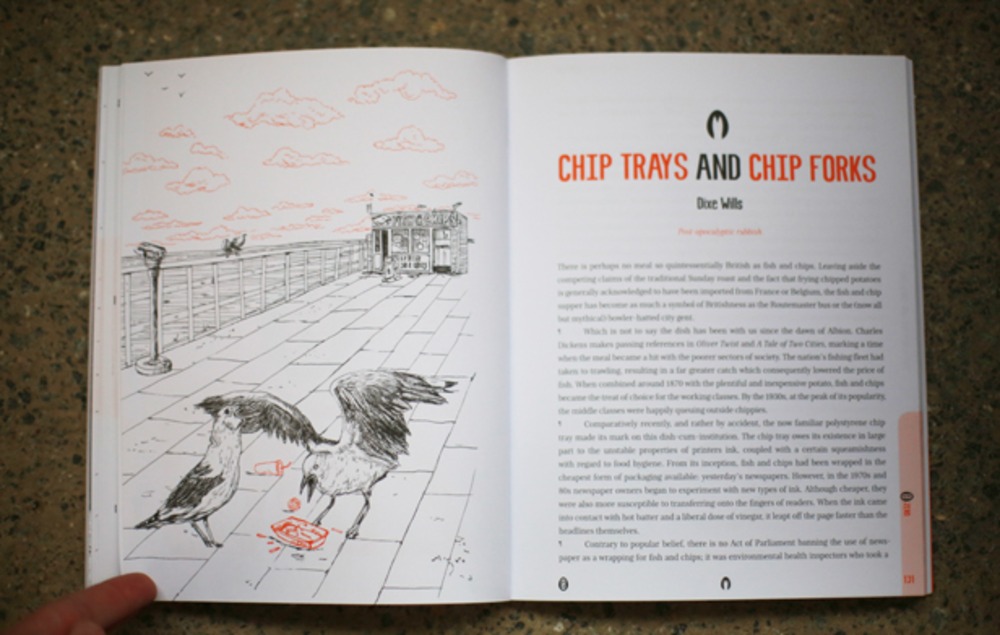 Turk scholar or not, this book offers readers a huge wealth of engaging thoughts on life, the art world and everyday objects, with the relevance to the artist becoming more obvious (or not, in some cases) the deeper you delved into the tome. While for most some links to Turk will remain obscure, it’s accessible, well-written and has plenty to say, even if it is just musings on the humble chip fork. A refreshingly different approach to art criticism and a good read.

This is Not a Book about Gavin Turk
Edited by Rachel Newsome
Trolley Books £14.99