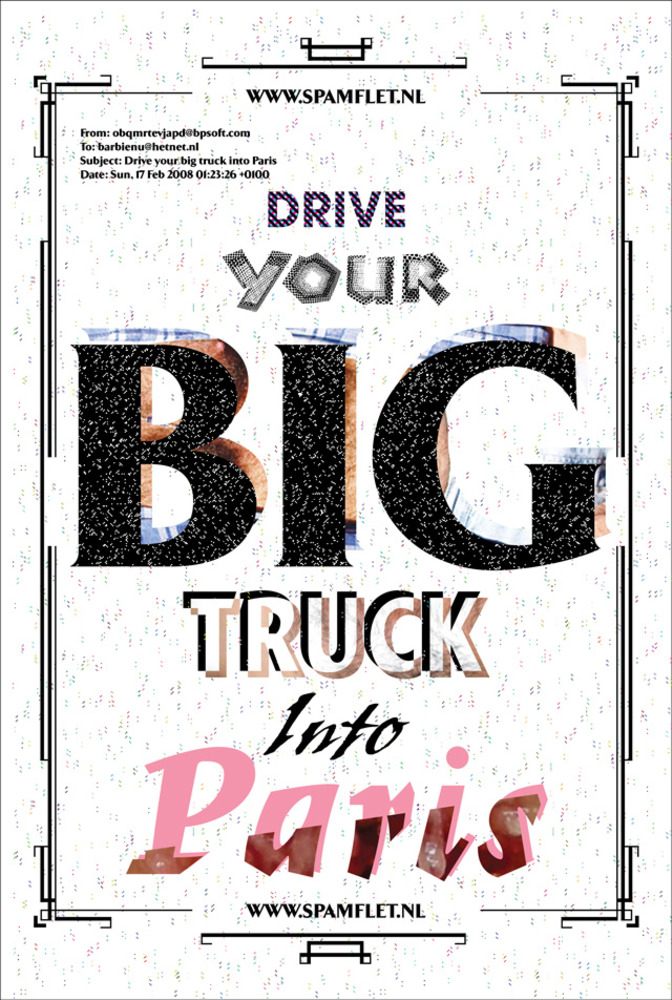 Spam. Once just an unassuming pink tinned meat of indeterminate origin, it’s the curse of many an email account—endless annoying messages that block up your inbox trying to flog you Viagra, 100% genuine Rolexes, naked pictures of Britney and gadgets that promise to make your girlfriend a very happy woman. However, a pair of Dutch designers, Lenneke Heeren and Martijn Maas, have taken this scourge of modern life and turned it (by way of some witty typographic treatments) into something rather good.

Spamflet is a project which started as a series of posters created for the graphic design festival in Breda earlier in the year by the two graduates from St Joost Academy. The pair had noticed that the spammers were becoming more creative in their use of language in an attempt to get past the spam filters on most people’s machines. Instead of explicit words, metaphors are used to convey the message, often with humorous-sounding results. “Some of the metaphors and hidden messages are really quite clever and creative,” says Maas. “Many of the sentences are hilarious, and every now and then a spam message is very poetic and beautiful.”

The pair decided to make a set of typographical posters that used different grammatical rules for nouns and verbs, and featured phrases that had a positive message and could be open to interpretation. “The Spamflets are supposed to get your imagination going,” explains Heeren, “The interesting thing about them is that some of the dirtiest messages can be interpreted as positive, feel-good messages, and vice versa.” It’s all good, clean fun as far as Spamflets are concerned though, as the pair are keen to point out: “We do have a moral standard. If the messages are discriminating or call for violence in any way we won’t use the message to make a Spamflet.” The project has been gaining momentum over the summer, with lots of people signing up to receive the latest Spamflets direct to their inbox. 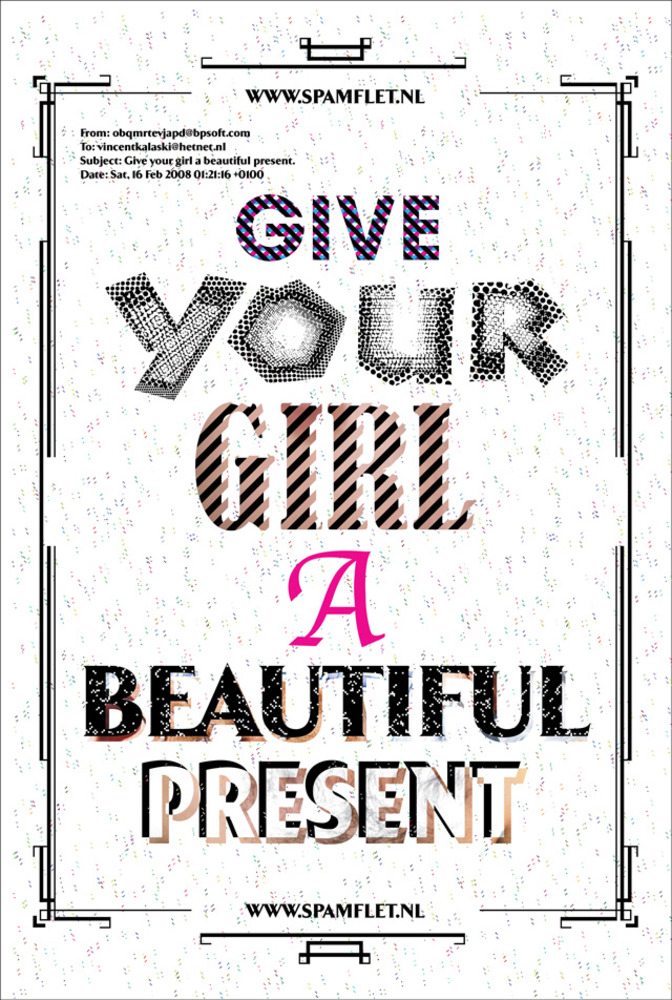 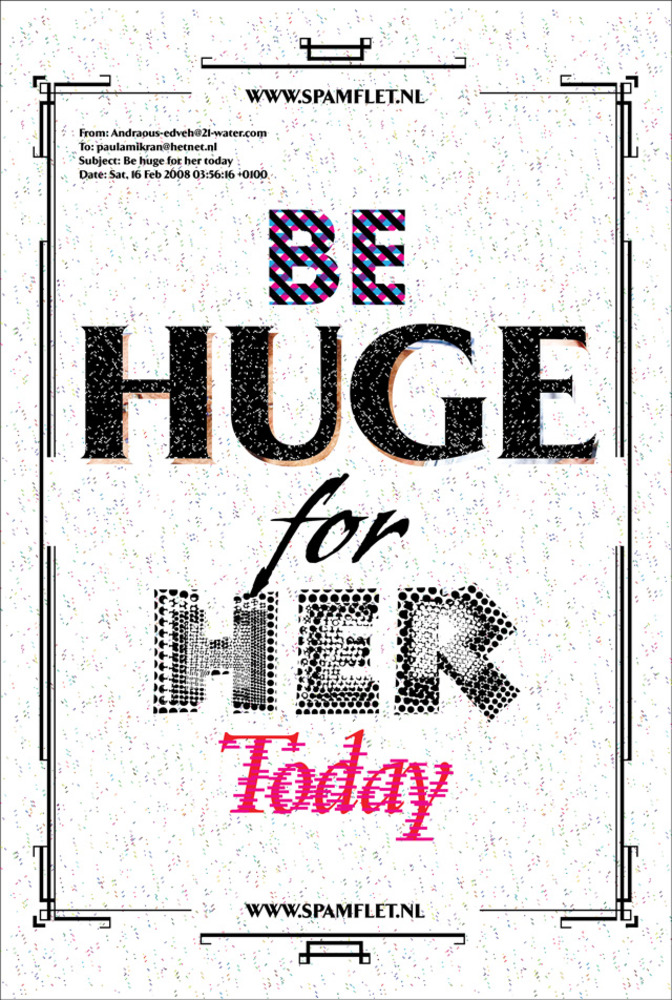 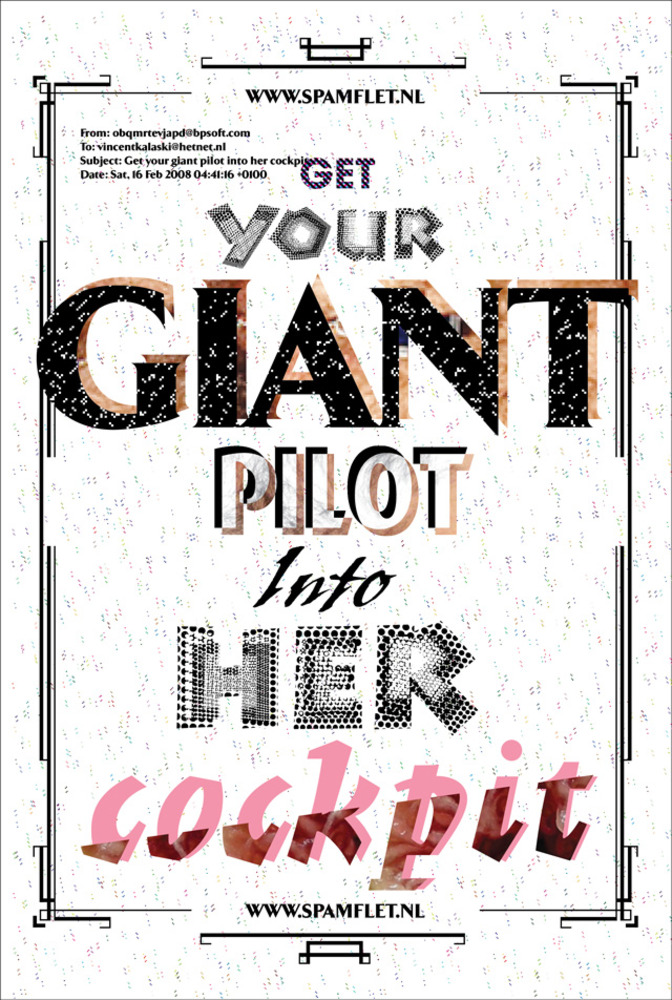 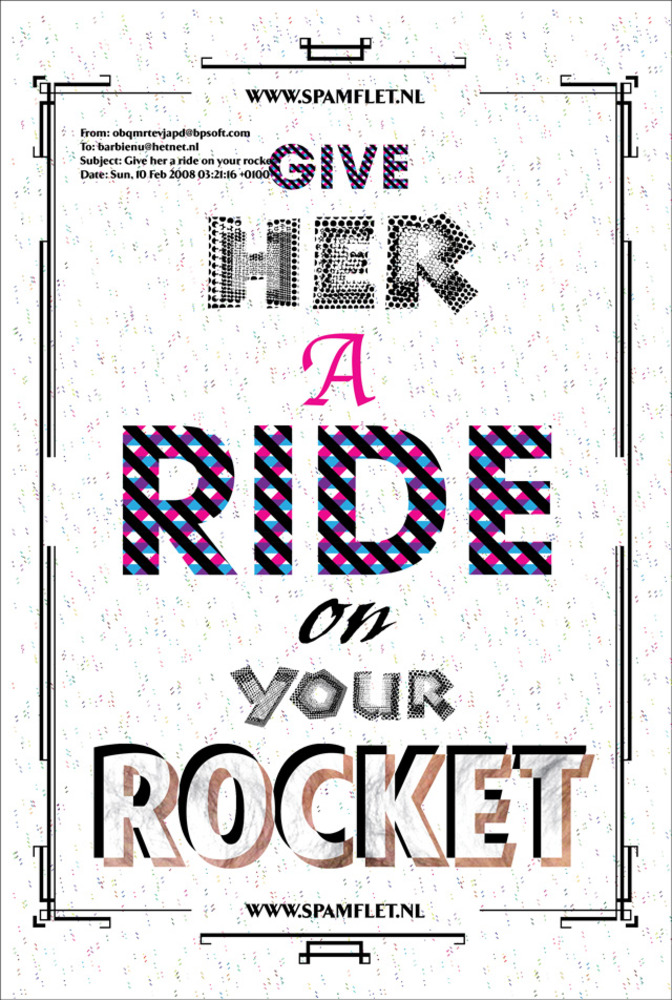 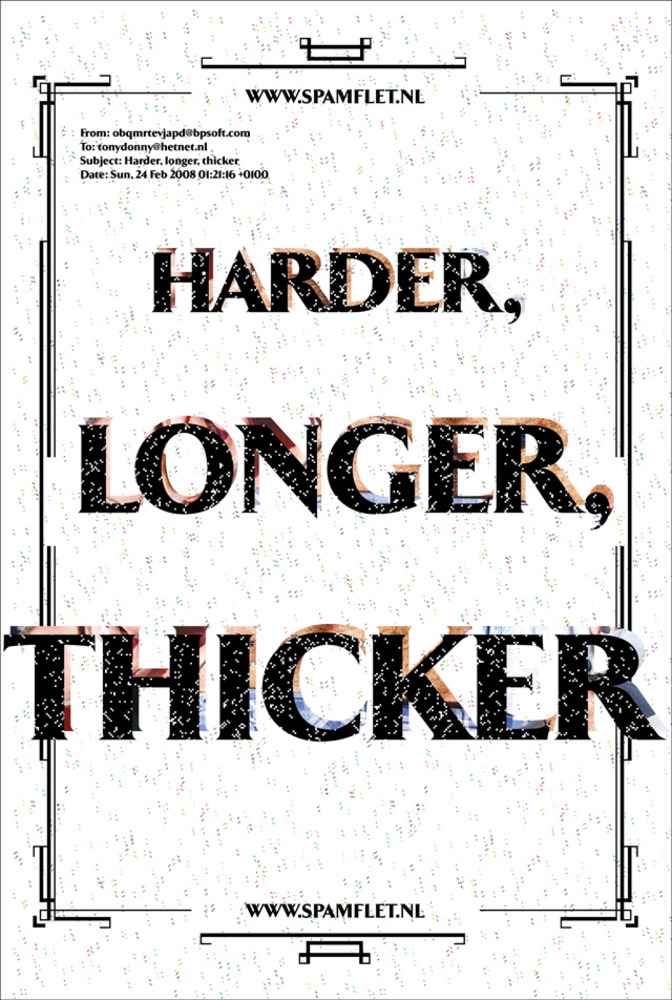