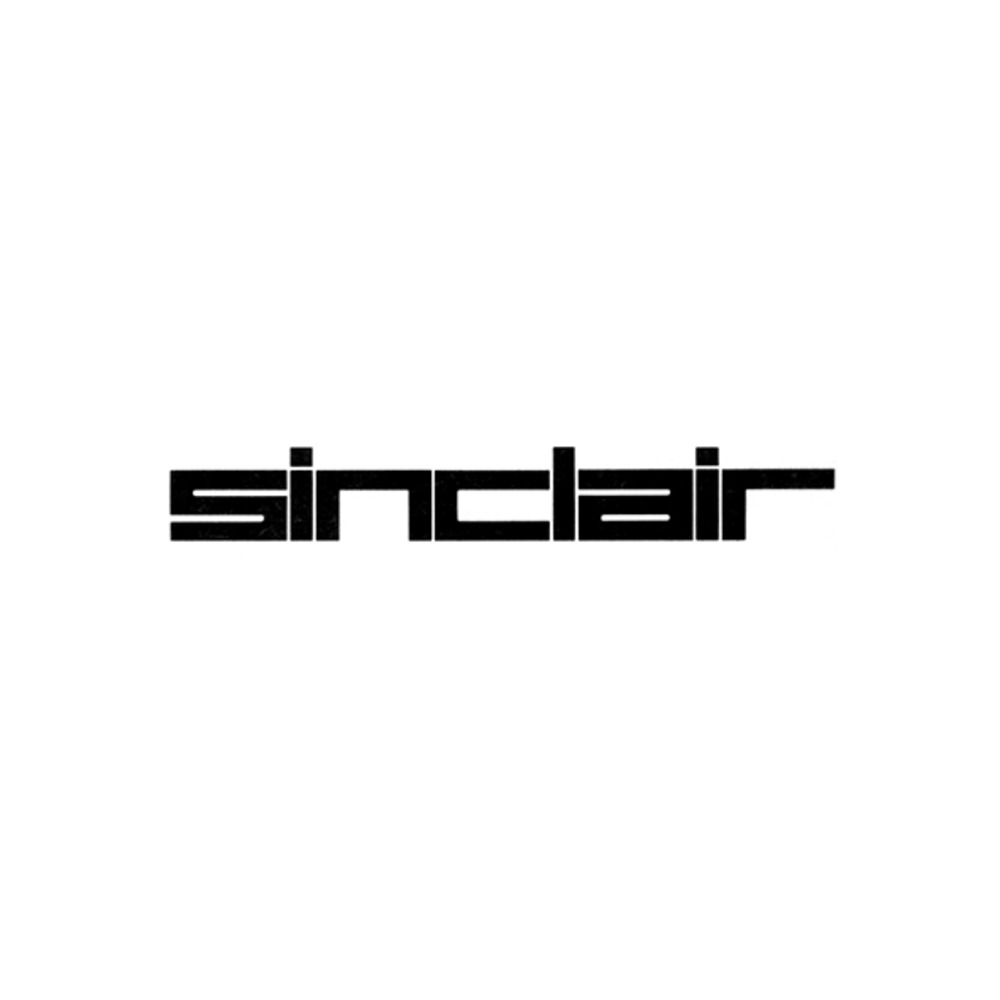 The Sinclair logo, dating back to sometime around 1964, is a marque that could now either stand for communicating the vision of an organisation at the height of its technologically advanced powers or simply serve as a painful reminder representative of the failing of some of the products it developed.
Beginning with the world's first pocket calculator (the Sinclair Executive, launched in 1972) and later followed by the ZX80, ZX81 and the highly successful ZX Spectrum (1982), the products that the Sinclair Research Company became known for developing, and the marque that represented them, communicated what seemed in the early 80s to be the face of a company that was going to be the future of the electronics industry.
Early experiences of grappling with such brutally basic PC technology and of admiring the futuristic-looking letterforms that made up the logo which prominently identified these devices will be remembered fondly by many people of a similar age to me. The logo itself, made up of simplified block letterforms, often neatly embossed into the outer case of the devices, is a direct product of the time it was created. The space race in the 1960s created a similar wave of graphic-related type and images that encapsulated the vision and excitement of the era. At the time, the symbolic status of this logo had the power to singlehandedly grip the imagination of a nation of young people and plunge them, through the use of this simple yet seductive home computer technology, into a futuristic world of basic code and even more basic gaming. Sadly, as mounting financial, operational and market problems came to a head in 1986, the computer business was taken over by Amstrad.
It’s quite easy to see how organisations like Apple have learned valuable lessons from the failure of companies like Sinclair. The slick organic technological forms and user-friendly interfaces of the modern Apple computers, iPhone and iPod derivatives fuse perfectly with the visual face of the company – all seductively pushing the power of ‘brand Apple’. It seems unfortunate, looking back now, that the likeable ‘mad British inventor’ image of the man Sinclair, the iconic lettering of the logo that represented him and the vision of the products he created could not have become the dominating force in today’s technology. At least at the time the logo that represented the Sinclair organisation at the height of its powers had the same captivating power to seduce in the same way as the mighty Apple does today.
designproject.co.uk